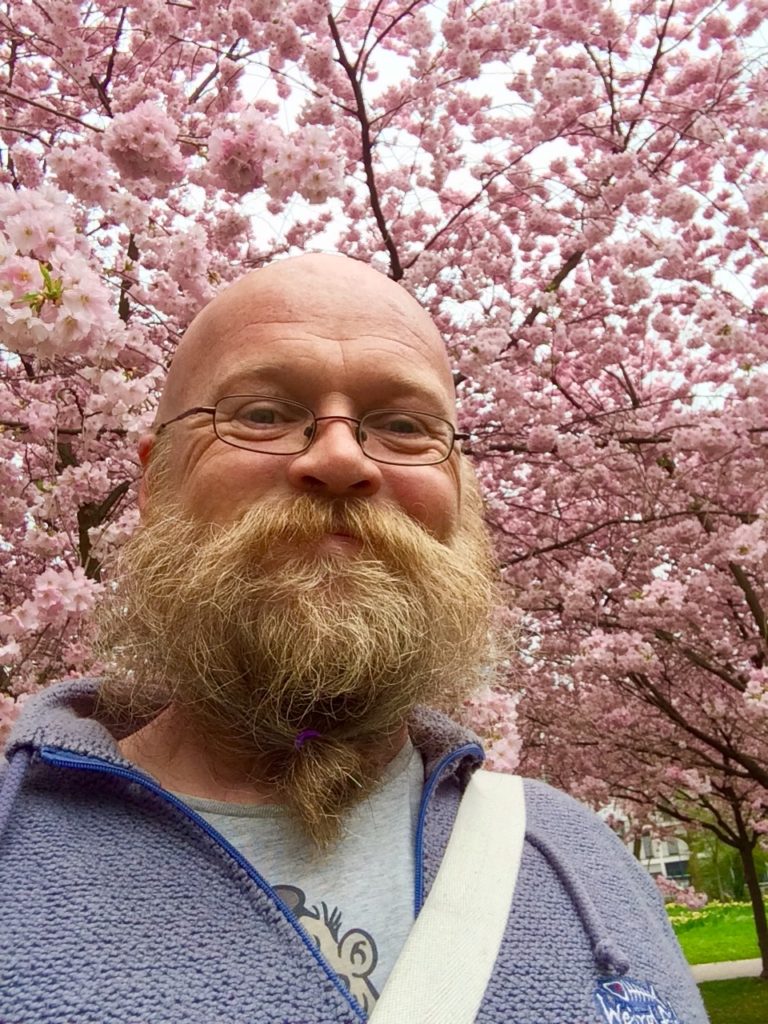 I leave Heidelberg today for Berlin to catch up with old friends. I had a meeting at the University with Prof. Dr. Dorothee von Moreau, head of ‘Die Fakultät’. Now there’s a name that conjures up a whole host of wonderful images. HG Wells meets Frank L Baum.

“We’re not in Kensas anymore Toto!”

“I know you dizzy hick! It’s a tropical island and I can talk since the experiments.” replied Toto casually with a head tick.

Everything went well. I would need to apply by July. This will be the first year the course has run which I kind of like. It will have some flexibility as they are finding their feet. There was also a visiting US Prof who will be the native English speaker but seriously everyone’s English shames my German. 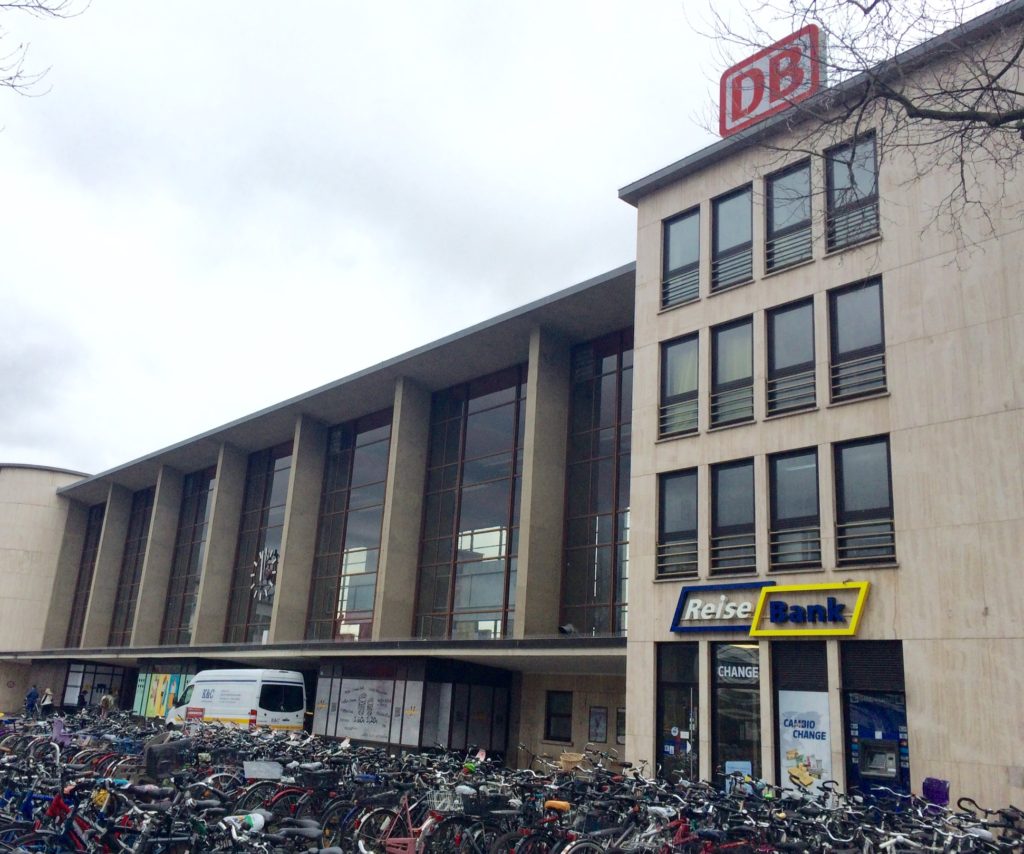 Heidelberg Main Station is a 1950s Soviet dream and the most number of bikes I’ve seen outside of Holland. This building has that fantastic jaded future looking festival of Britain look about it. Complete with stone mosaic wall art. 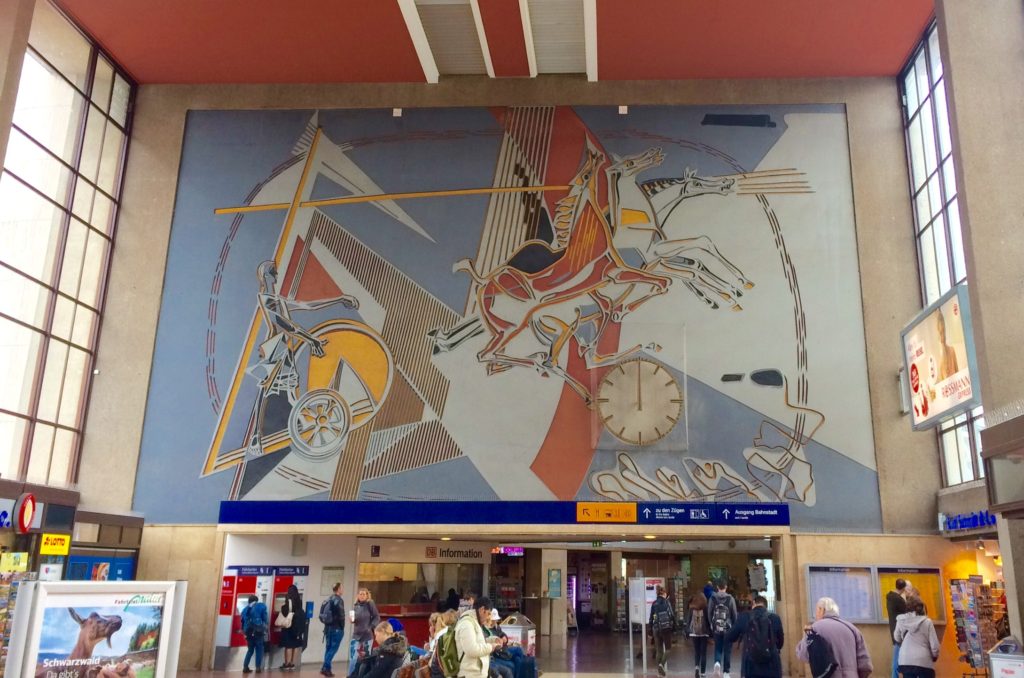 Just in front is the Heidelberg Media Printing Centre. Johannes Gutenberg (1397-1468) invented the  moveable type and consequently, letterpress printing. The modern presses here are still considered world beaters. The building hosts a giant metal horse sculpture created by Jürgen Goetz, called S-printing! Do you see what he did there? It also leaves a series of hoof marks that are like the printing presses waiting for a brass rubbing enthusiast to kneel with their crayon and get rubbing. 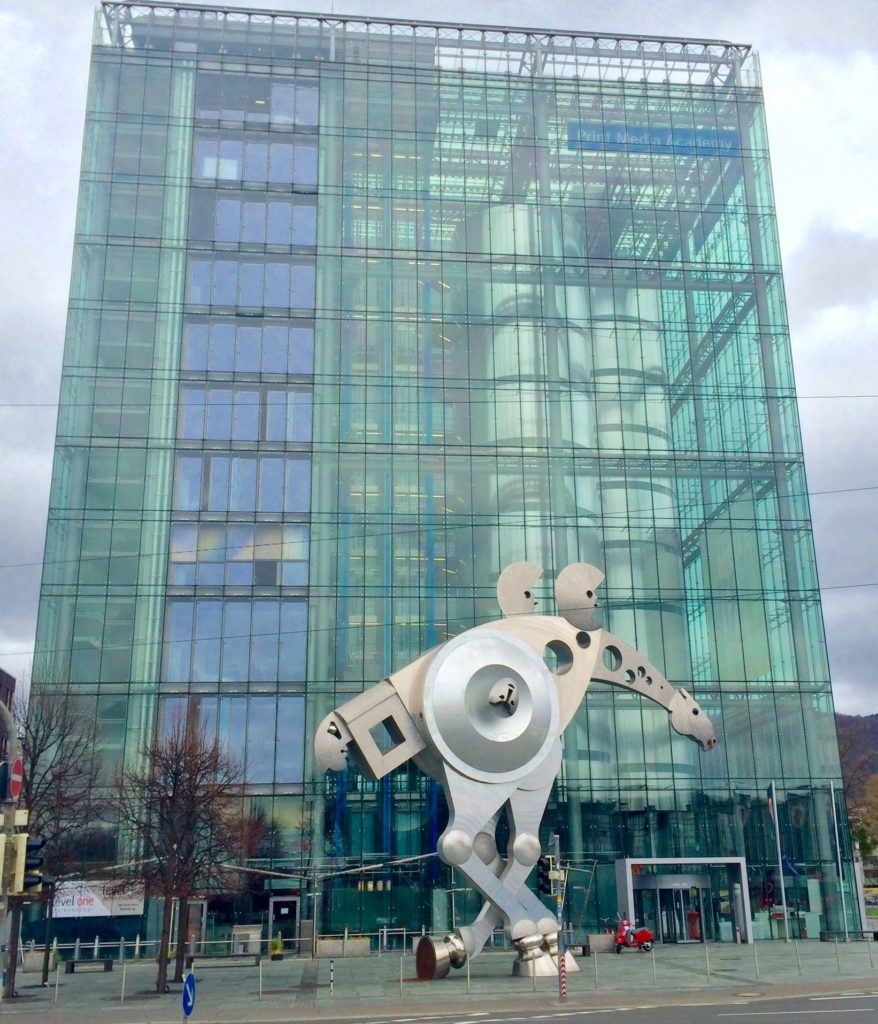 Personally I think the artist rather captured the motion of S-tumbling with that dragging hoof.

Thinking Ahead to Easter 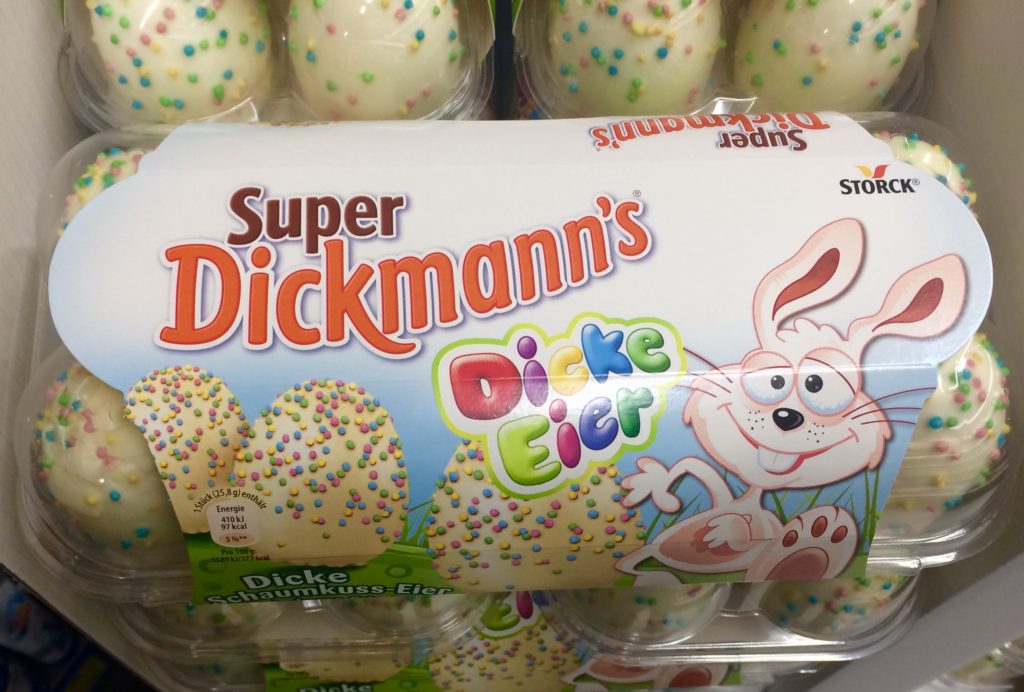 Ah yes. The shops that amuse me are still revealing themselves all around. This Italian underwear shop Tezenis has a very odd way of measuring cup sizes for bras. The number of lollipops you can fit in your empty cup size!?! Or maybe it’s a new super small waif-sized bra that’s just for those modern size zero women with no tits, just nips? Either way, something about that shop ain’t quite right. 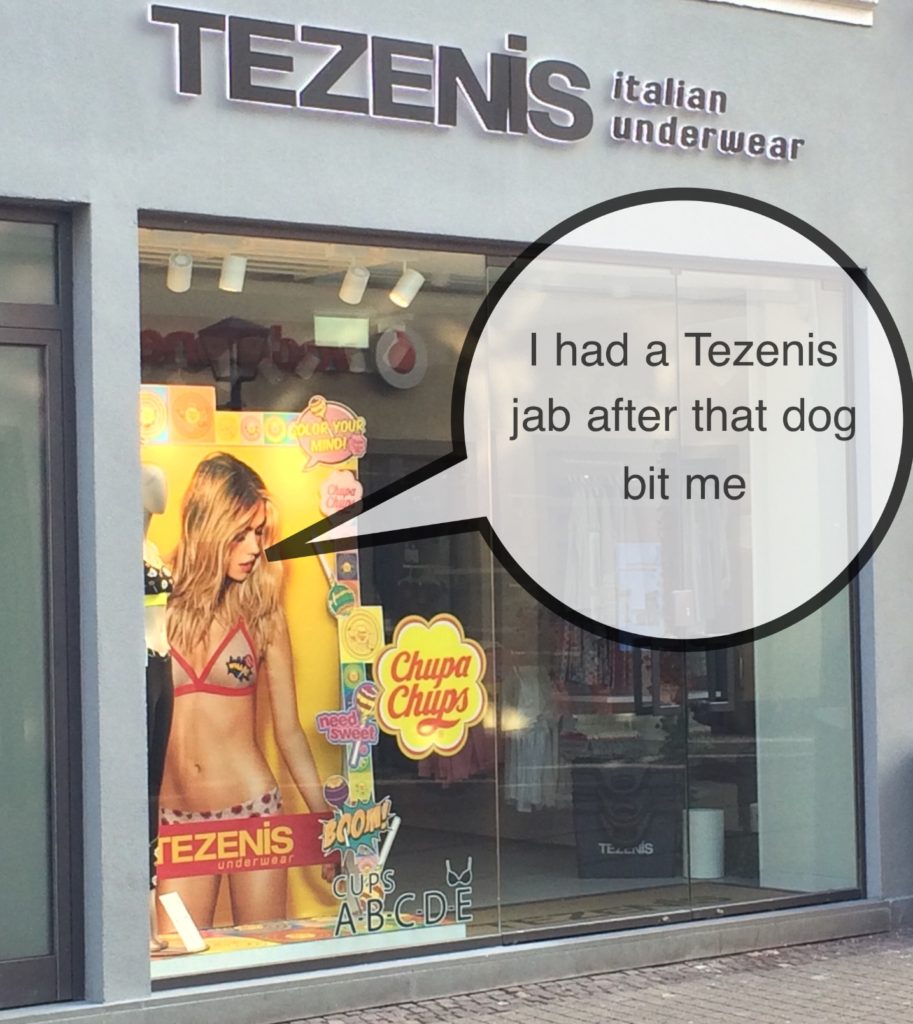