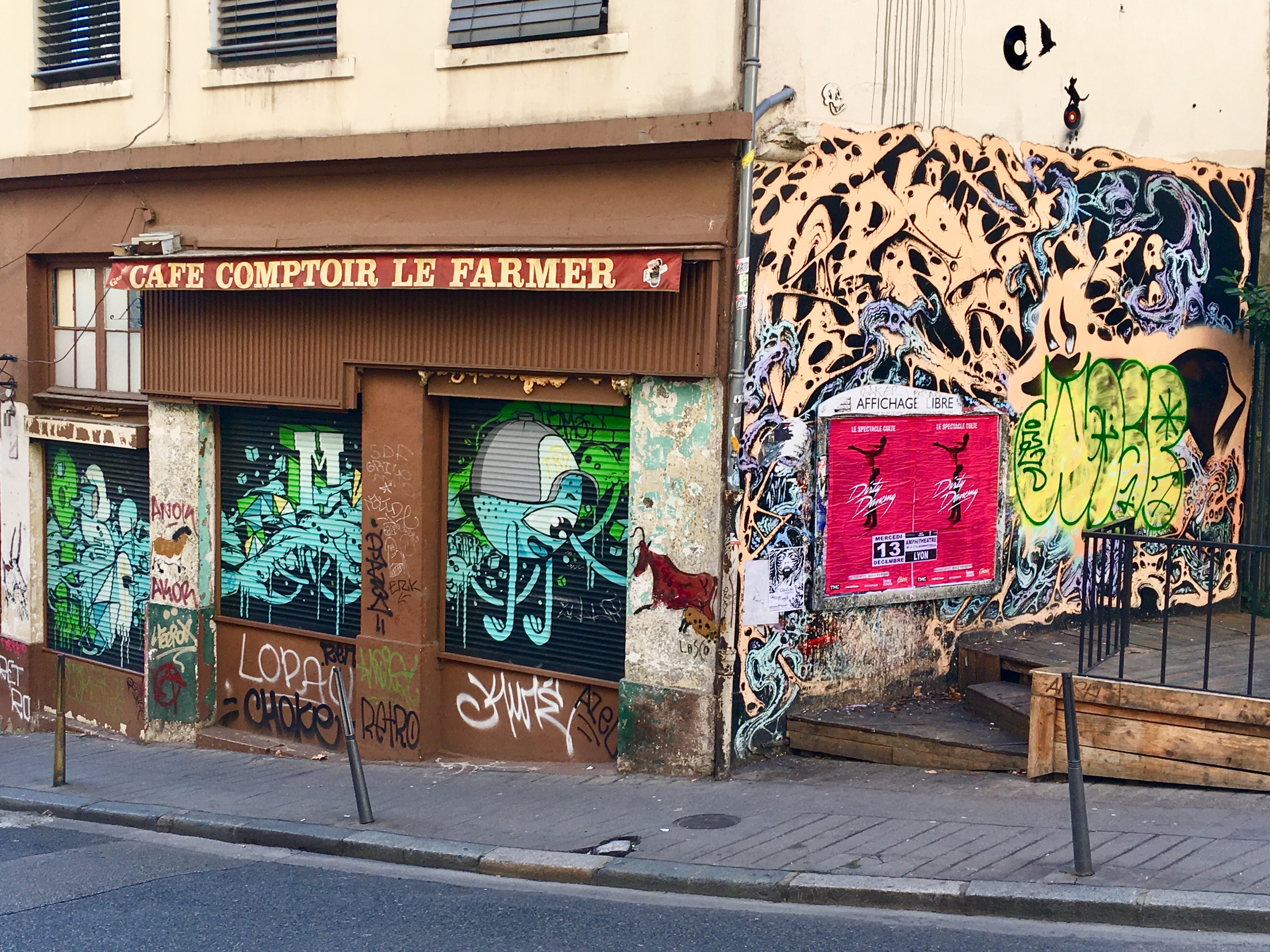 Lyon is covered in graffiti from walls to shop shutters. Shop fronts are designed to include elements of graffiti as part of their design but why does Lyon put up with something that most places spend so much money trying to remove? 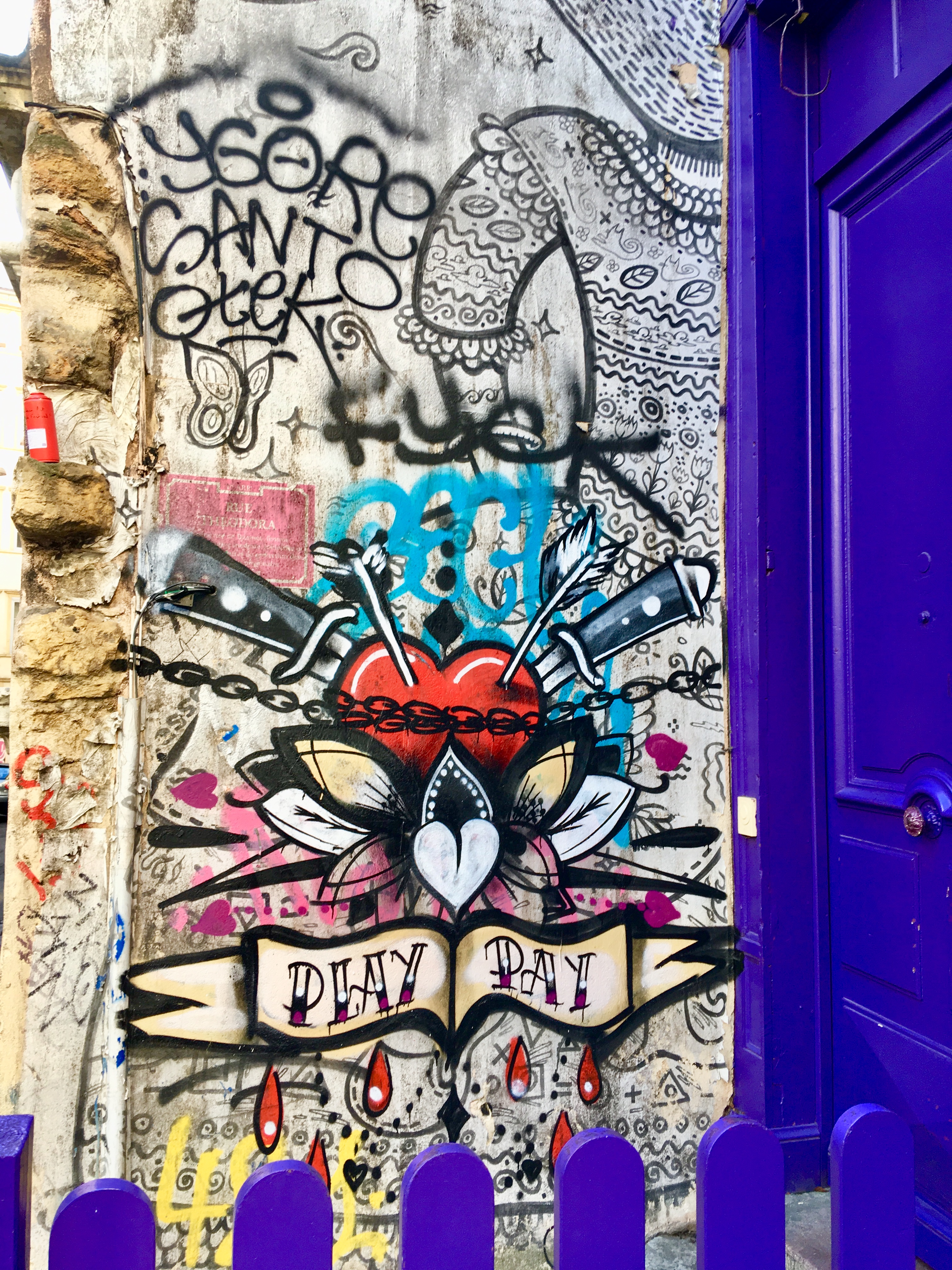 Well to understand this we need to crank the clock backwards to the 1970s and also to the silk industry hundreds of years earlier that allowed Lyon to be such a lavish city as it grew. 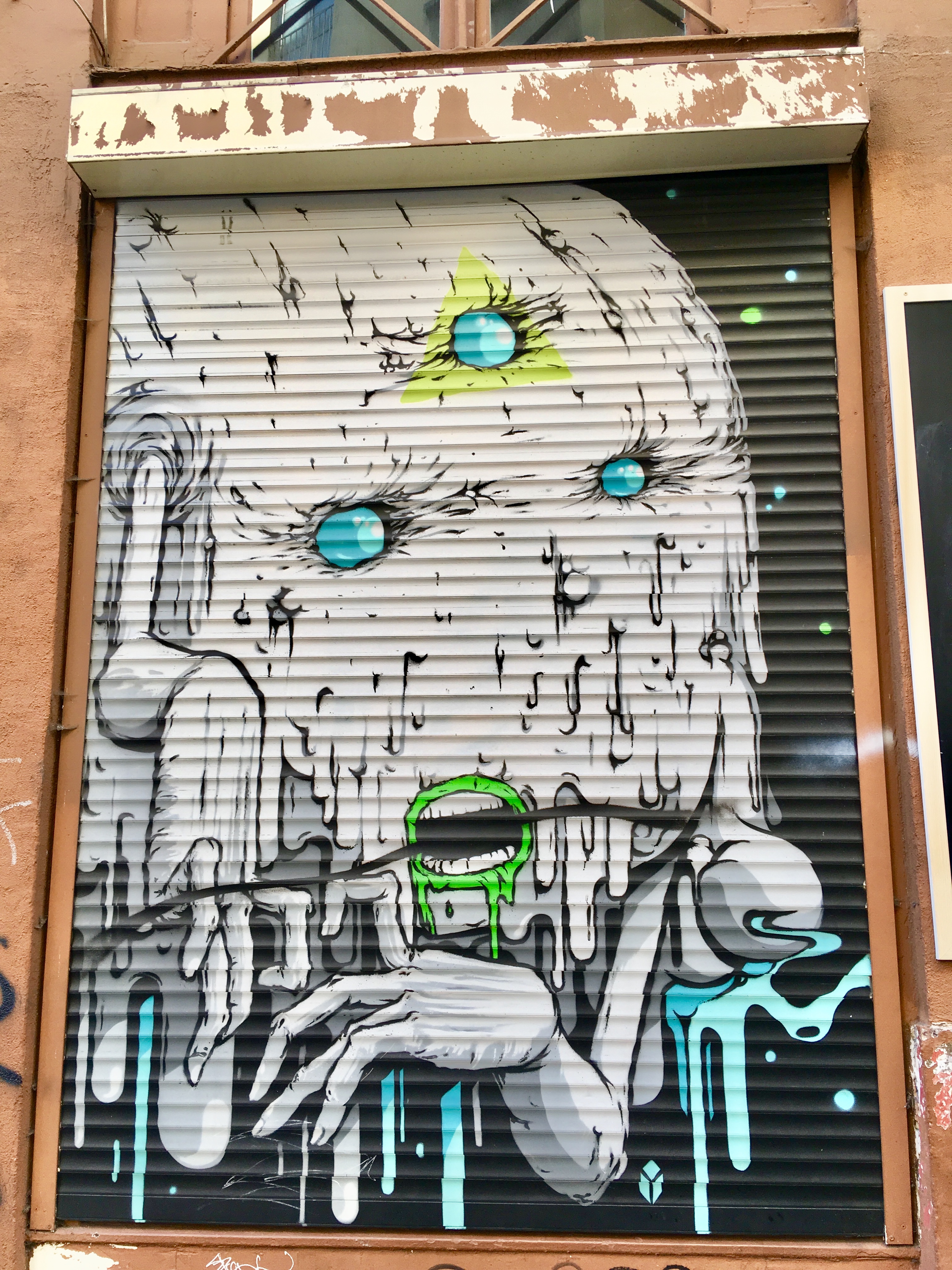 A group of art students gathered to discuss how the art world was a very closed arena based in galleries and wealth. They wanted to bring art to the people. A small group of them decided to travel to a Mexico to study wall painted so they could bring murals to the people. In the 1920s Diego Rivera started a new artistic tradition of strong political stories expressed through murals. This movement was modified Renaissance trompe-l’œil that was used to convey modern political messages. These students created the CitéCréation cooperative movement. Next year this movement will celebrate its 40th anniversary. 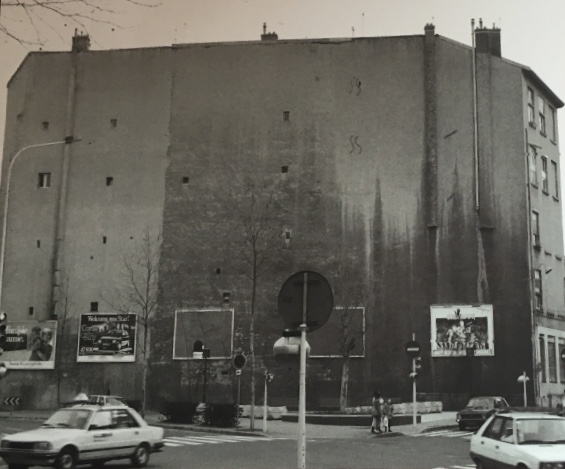 In the heart of Croix-Rousse on the side of a giant building on Boulevard des Canuts there is a very famous mural that celebrates the silk workers, Canuts, whose skills funded the growth of Lyon. 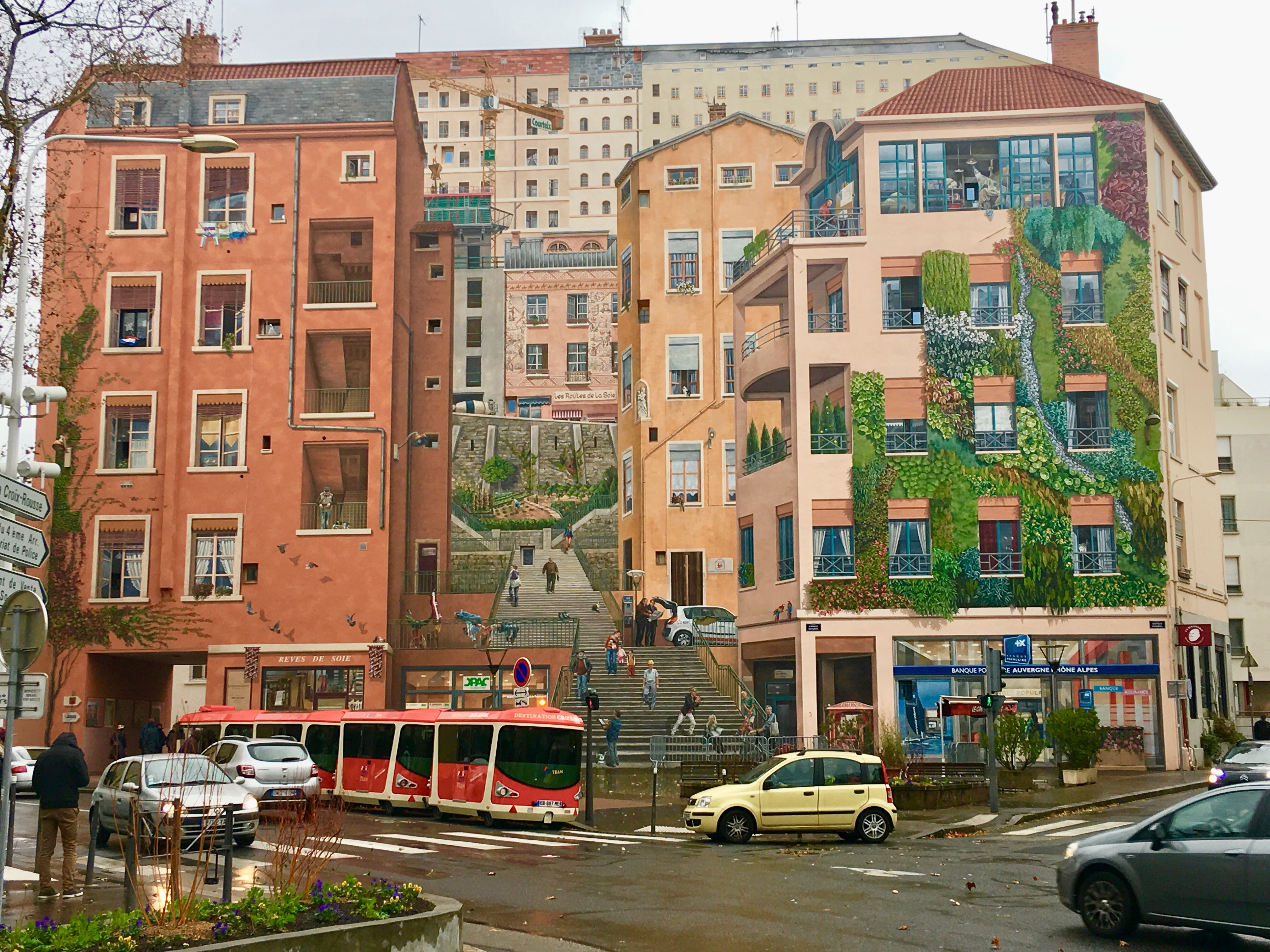 These very poorly paid workers regularly revolted to gain recognition and better pay and working conditions. The first was in 1831 and is seen as one of the earliest worker uprisings. 20,000 soldiers and 150 cannons were sent to quash the rebellion. In 1986 a company Avenir wanted to decorate the blank eyesore wall with five advertising hoardings. They contacted CitéCréation who asked if they could paint the entire wall with a mural of local life in the area. It became Europe’s largest painted wall. It is upgraded every few years with funding by companies whose logos are incorporated into the design. 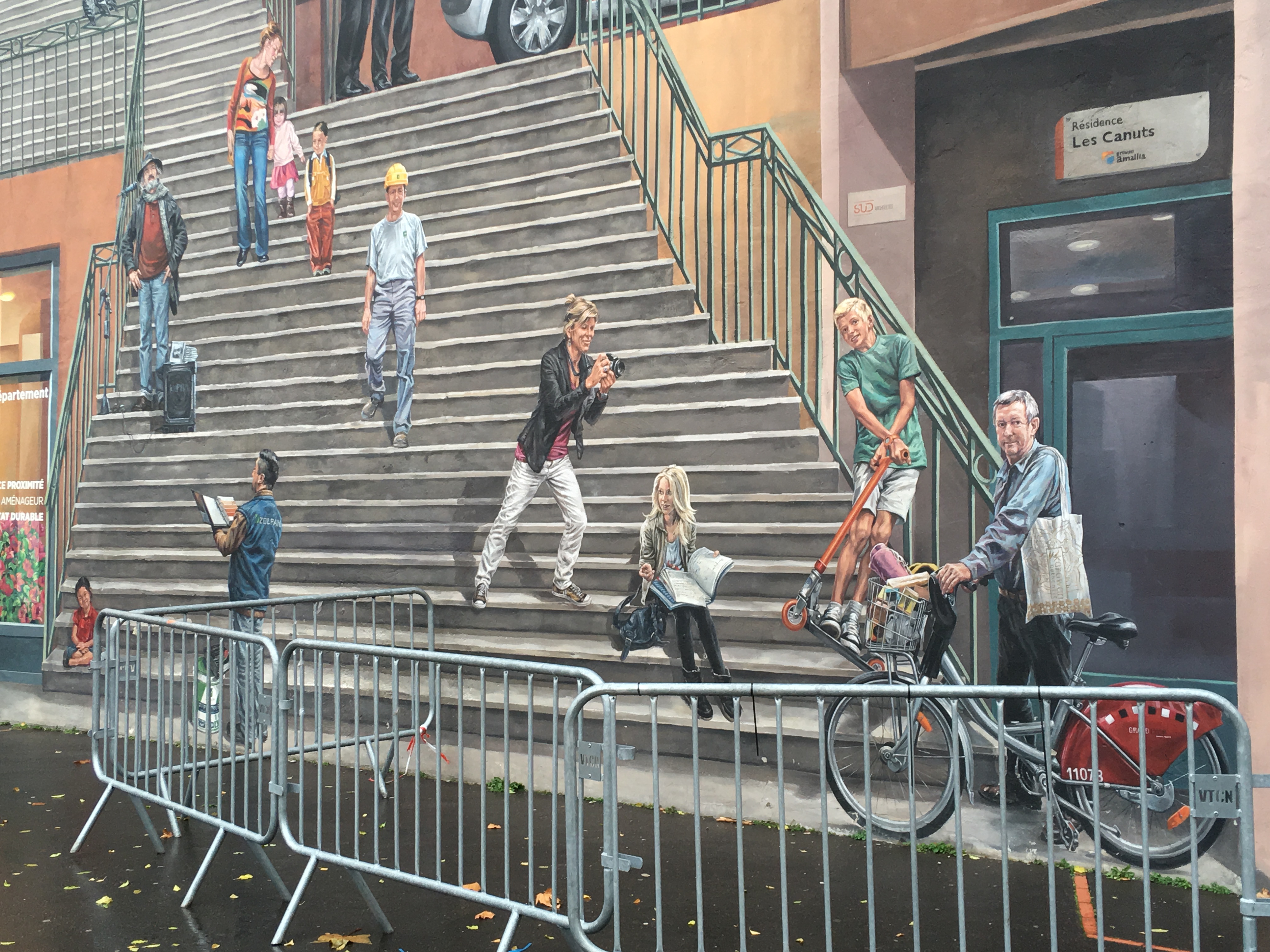 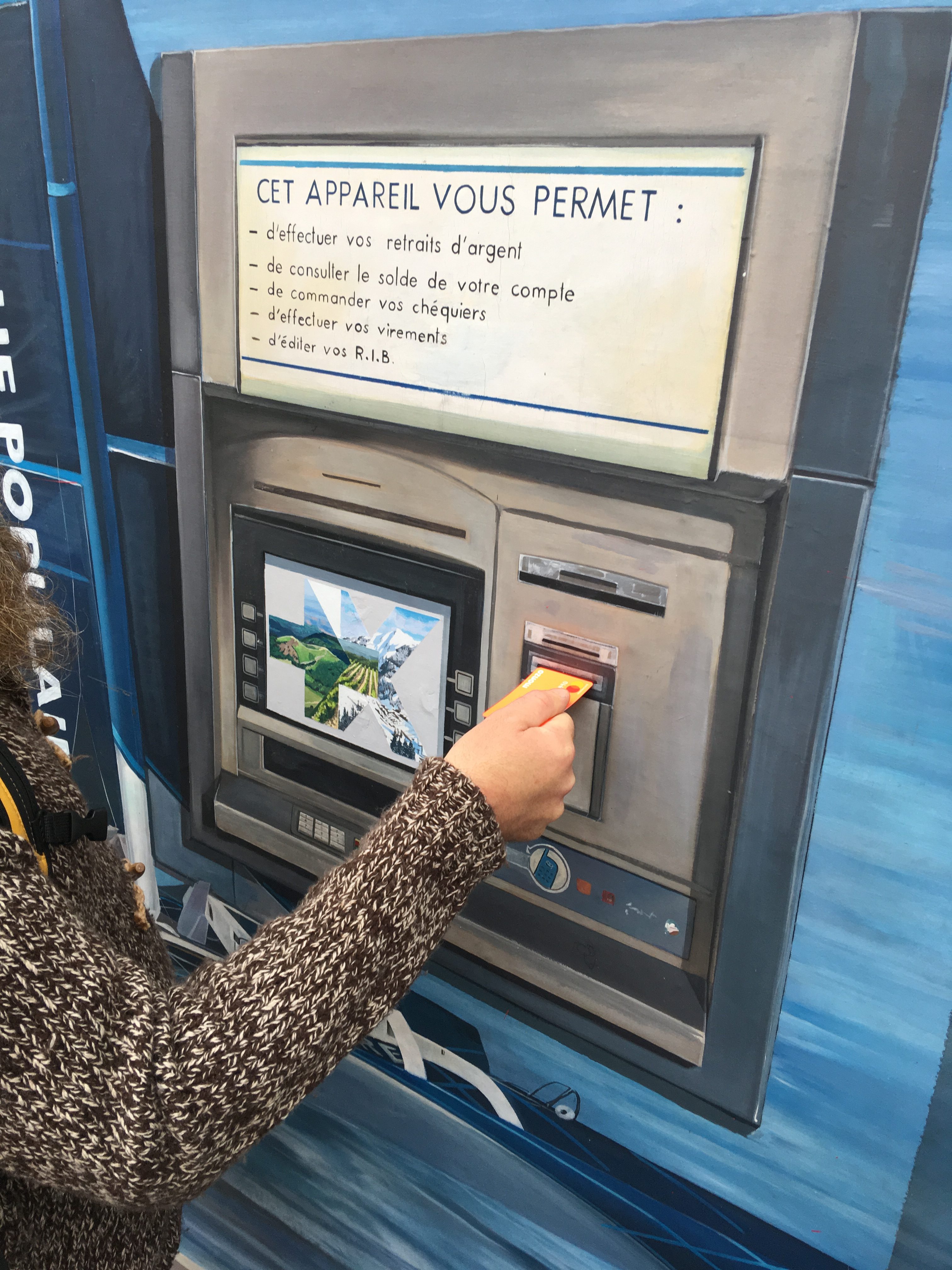 After failing to get my Monzo card into the 2D cash machine I tried so hard to stop a woman entering the fake bank but she refused to come with me. 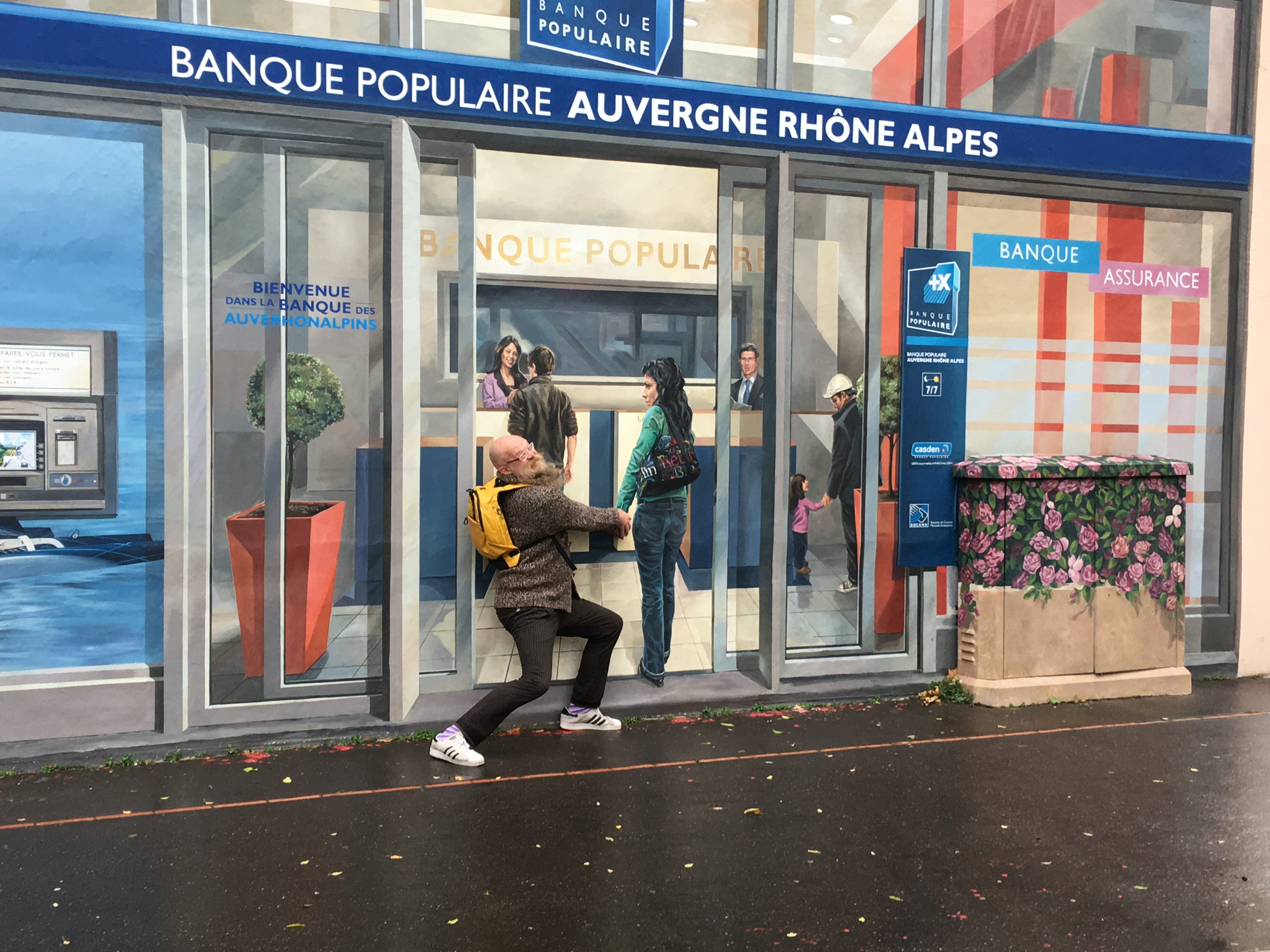 All across Lyon there are about 60 murals and 1000s of additional images and graffiti. This multi story building has no windows or shops but the painted effect creates a fantastically busy scene of balcony life and even the shops below are painted and not real. 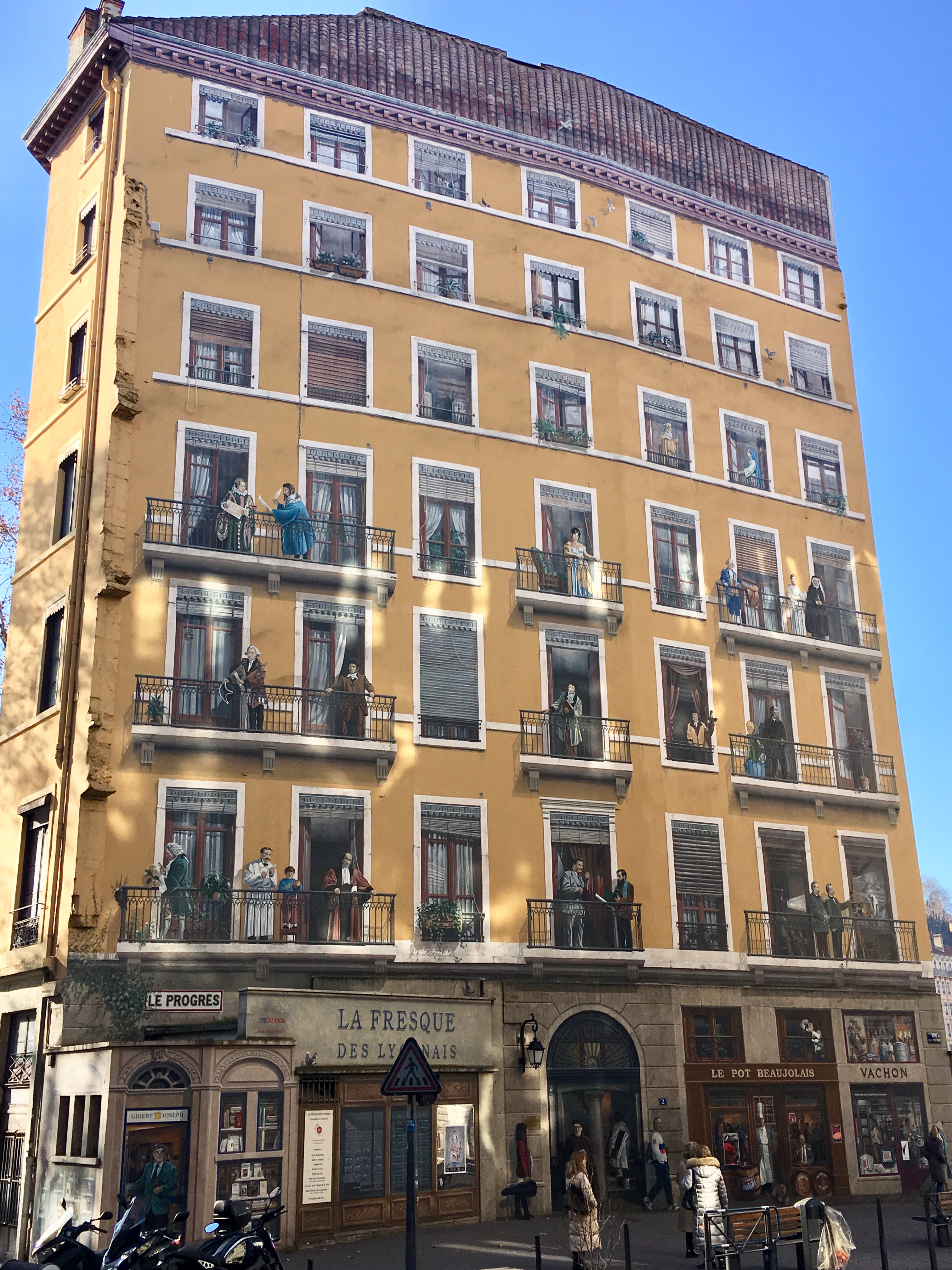 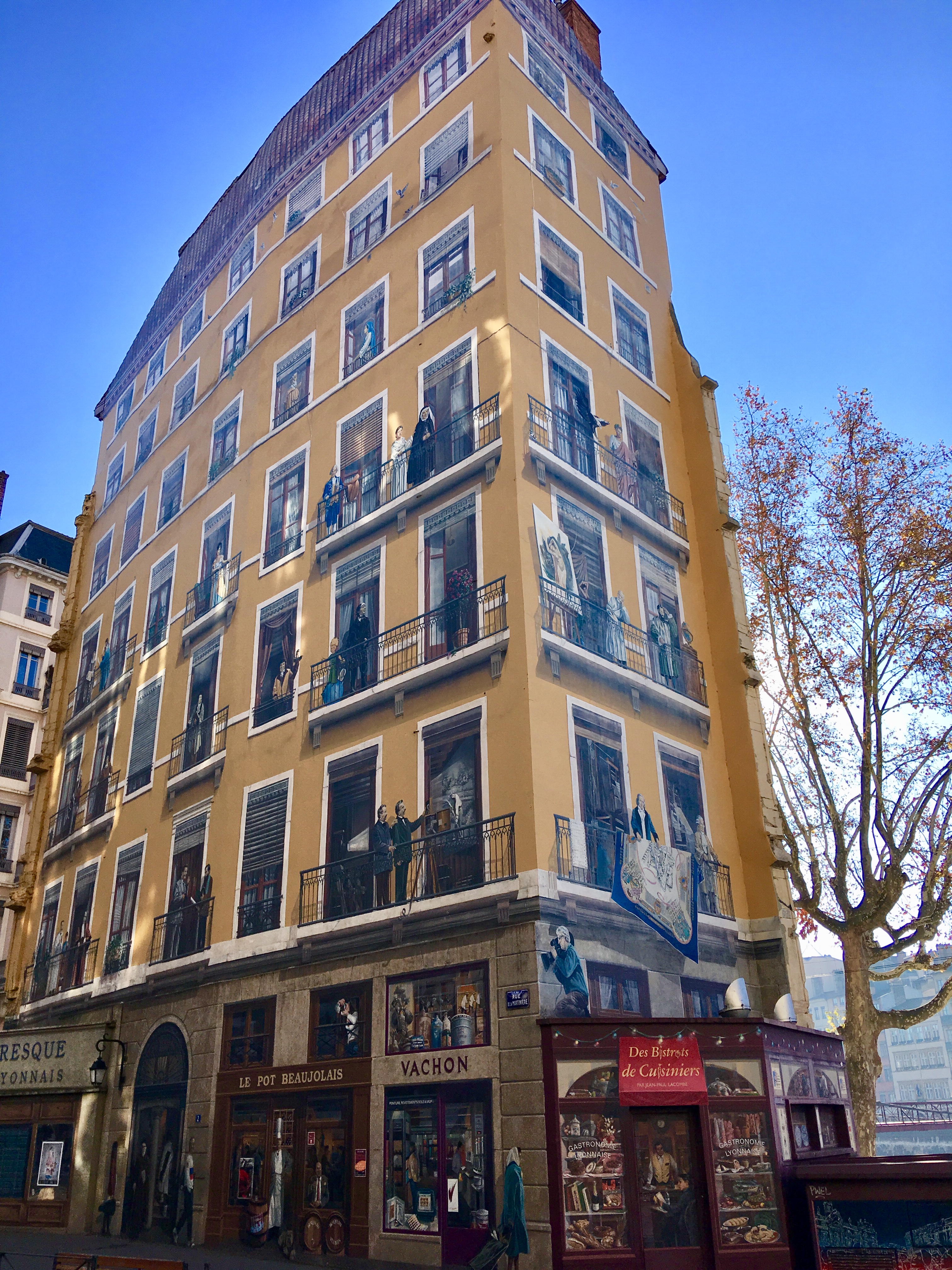 Some murals are pure art without any trompe-l’œil illusion are are just pure joy writ large on the sides of big buildings. 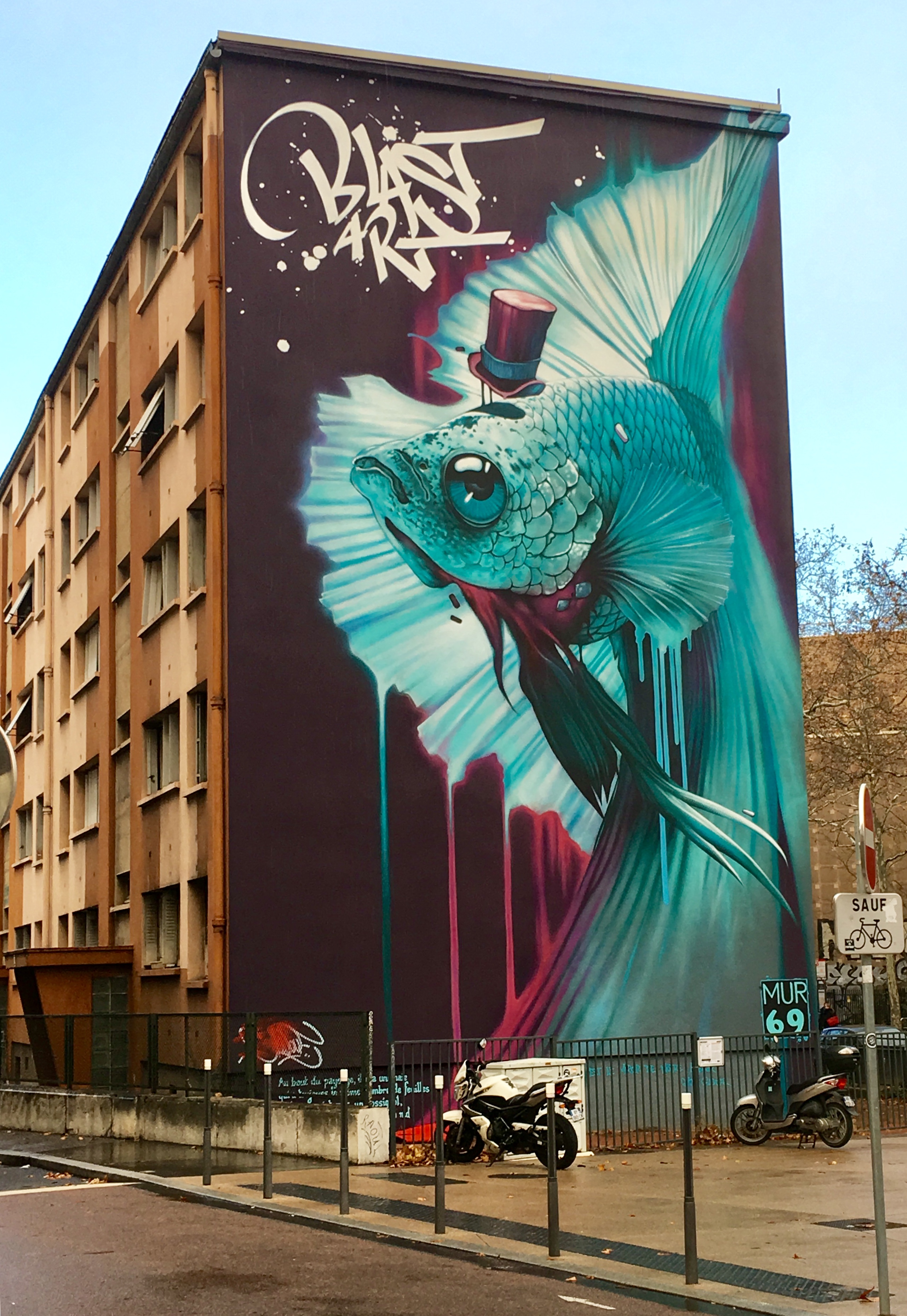 As you drift around and up and down the very very many steps, slopes and stairs you soon begin recognise the hand of individual artists and to enjoy their statements and art like KKEN. This is not about tagging although obviously there is also a great deal of this too. There is also quite a lot of written political statements too. So street art is in the fabric of the city. Possibly the new silk. 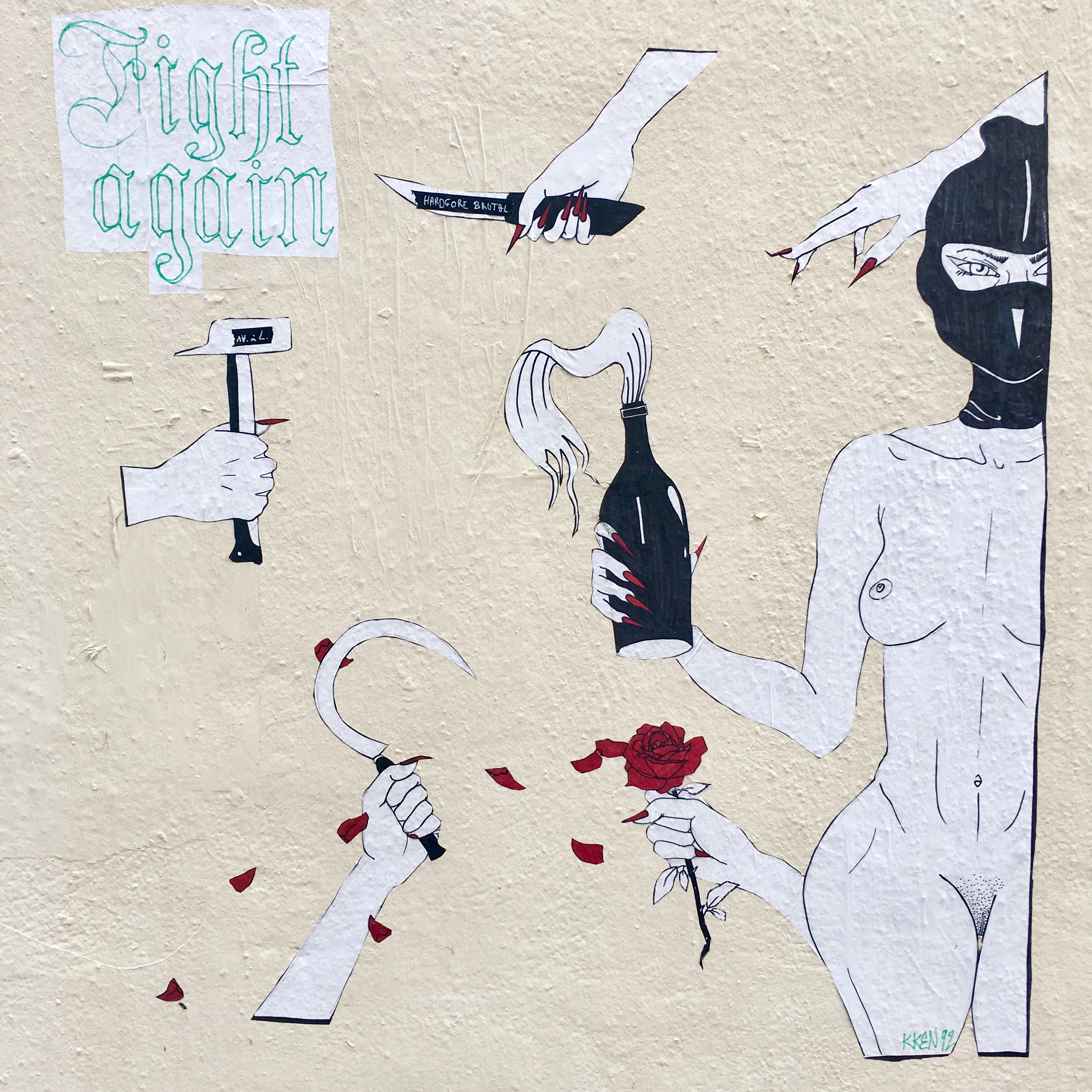 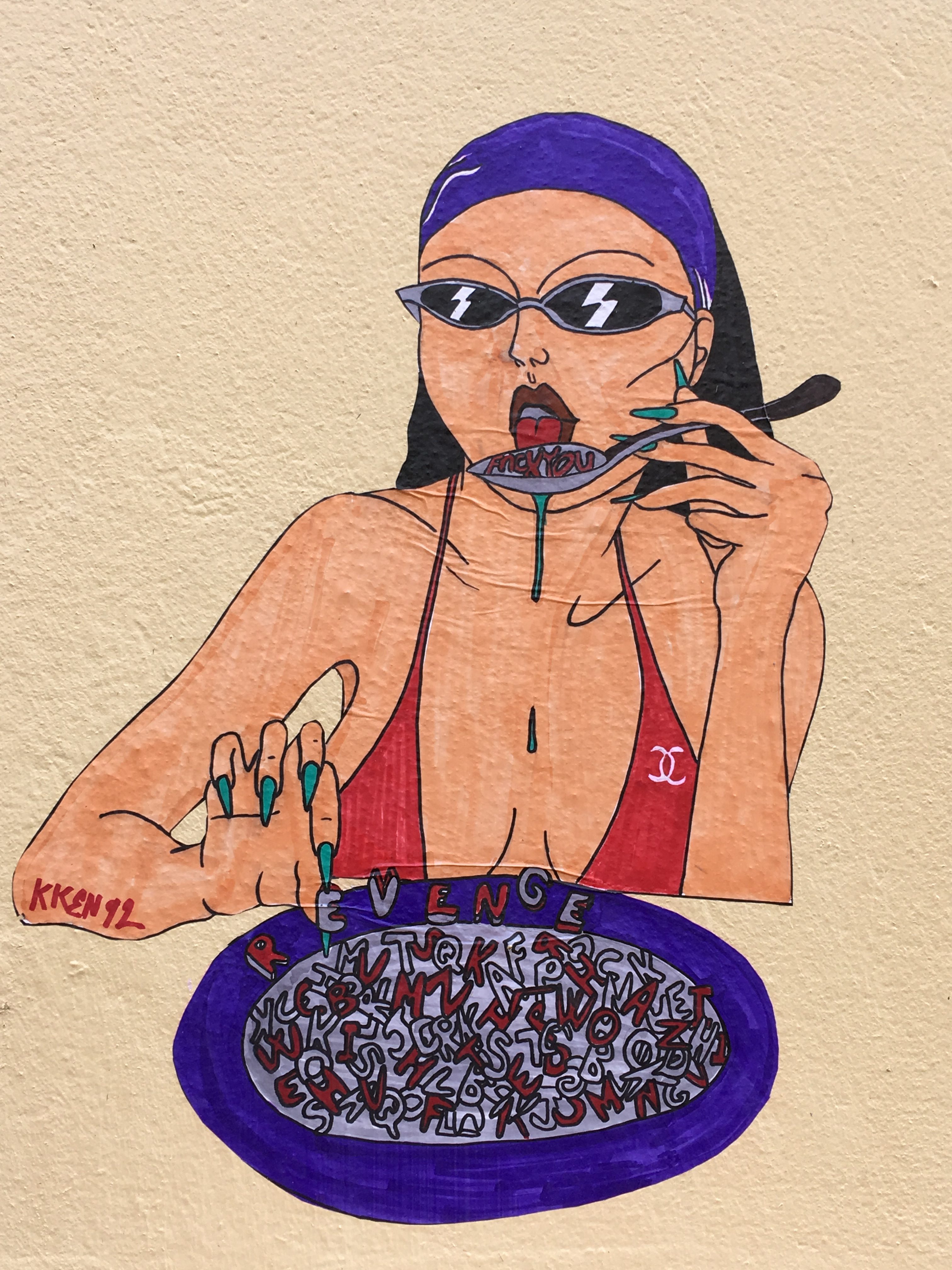 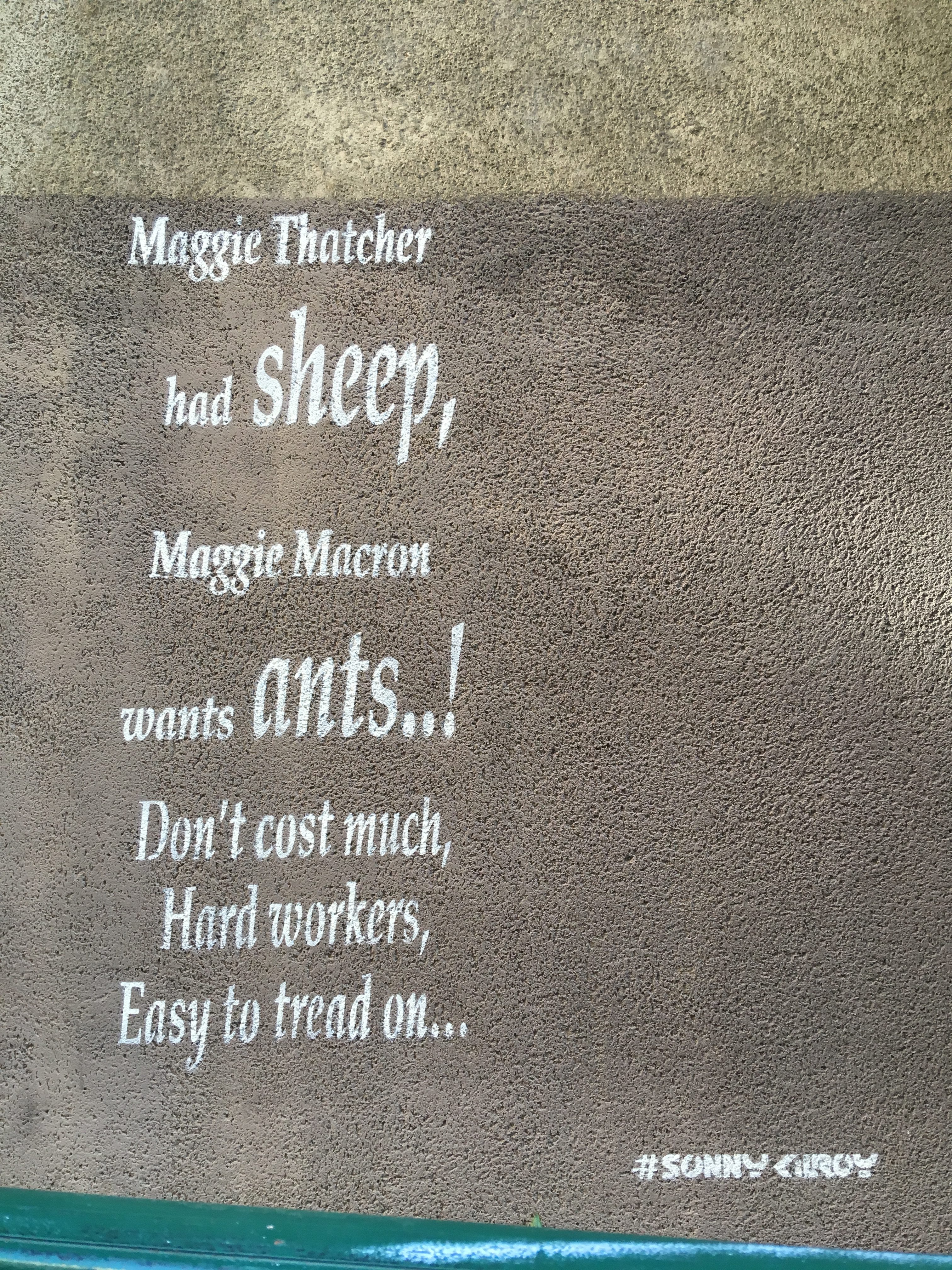 Night falls again and this being the 8th of December it is the night of the original inspiration for the festival. A parade in honour of the Virgin Mary that has since grow into Europe’s largest illuminated art fest that is now being exported around the world to new places. I’m determined to to race around to fit in more of the exhibits but as each day of the festival progresses more and more people begin to pack into the town. 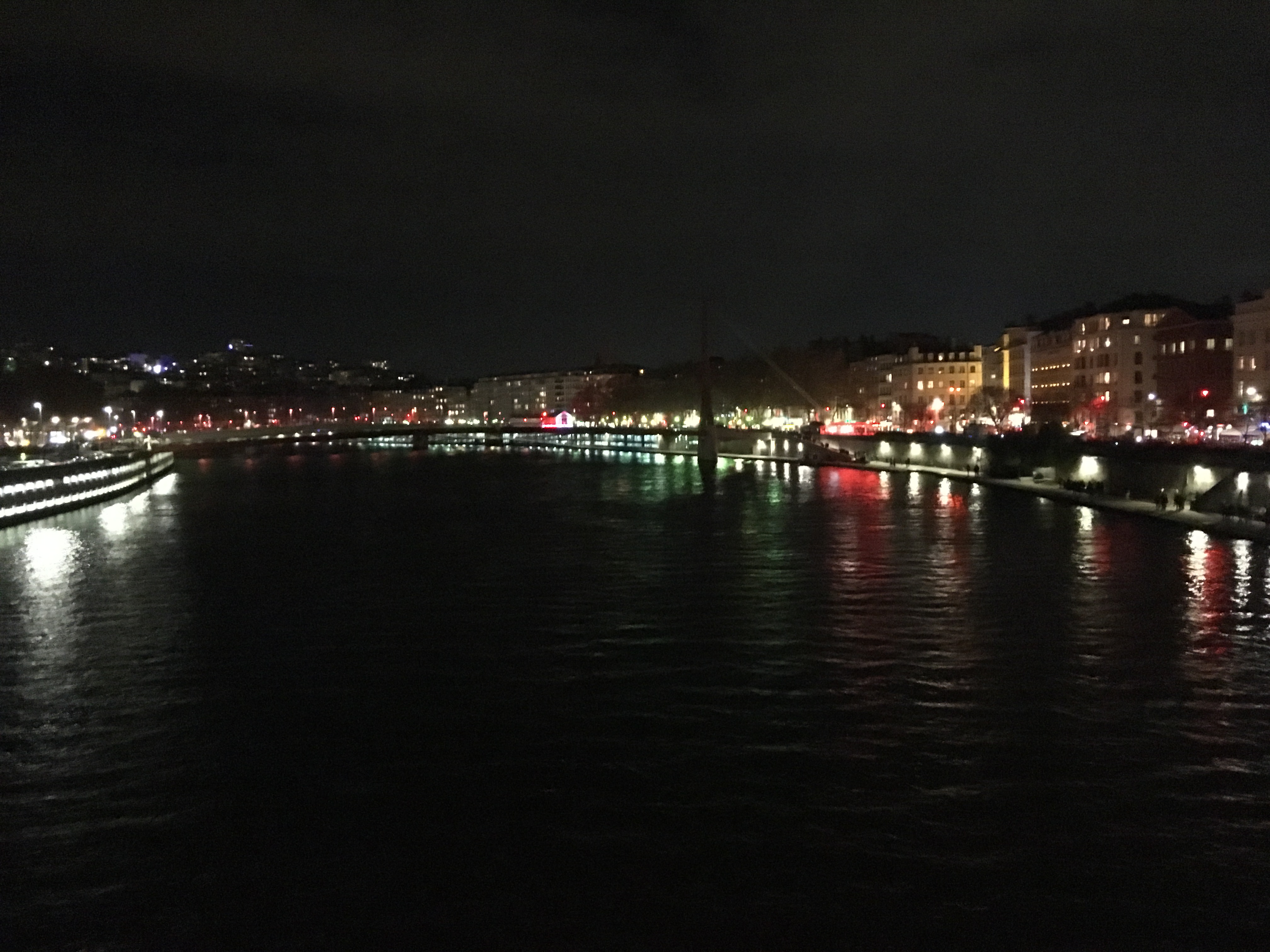 Saturday is by far the busiest of all the nights with extra musicians and street food vendors rammed along all the streets. In addition to the installations and cries of ‘Vin Chaud’ along all the streets at 5m intervals, the famous Christmas Market is open late too, swelling the crowds. 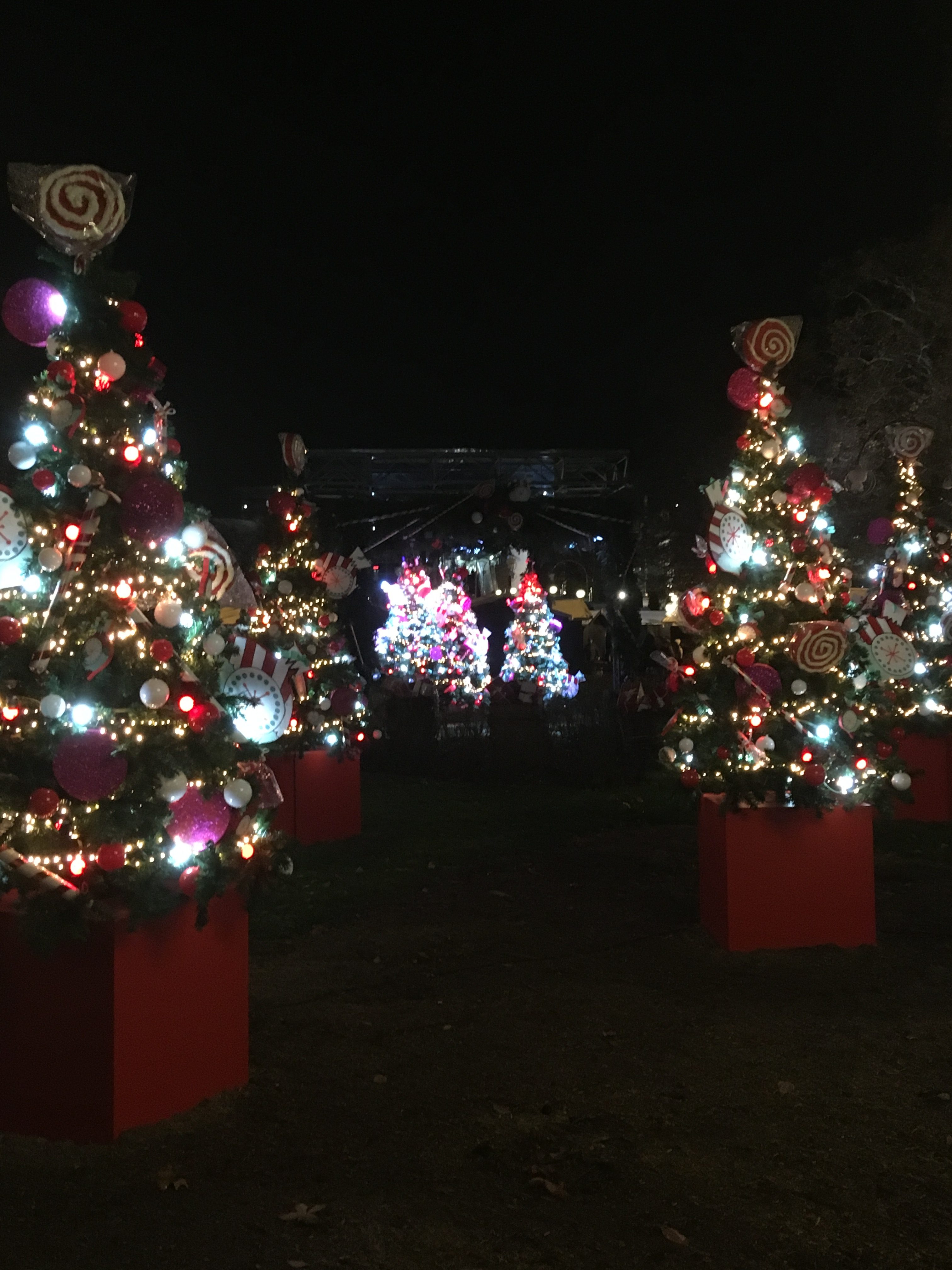 Abstract by Collective Coin and Maxime Houot was a really fun and totally funky installation. A bank of flat corners changed colour and they rose and fell in waves to the club style bass heavy beats pumping out. Then in time to smashing crashing sounds they collapsed in bands to the floor. I really enjoyed this and stayed twice since the crowds were far less here. 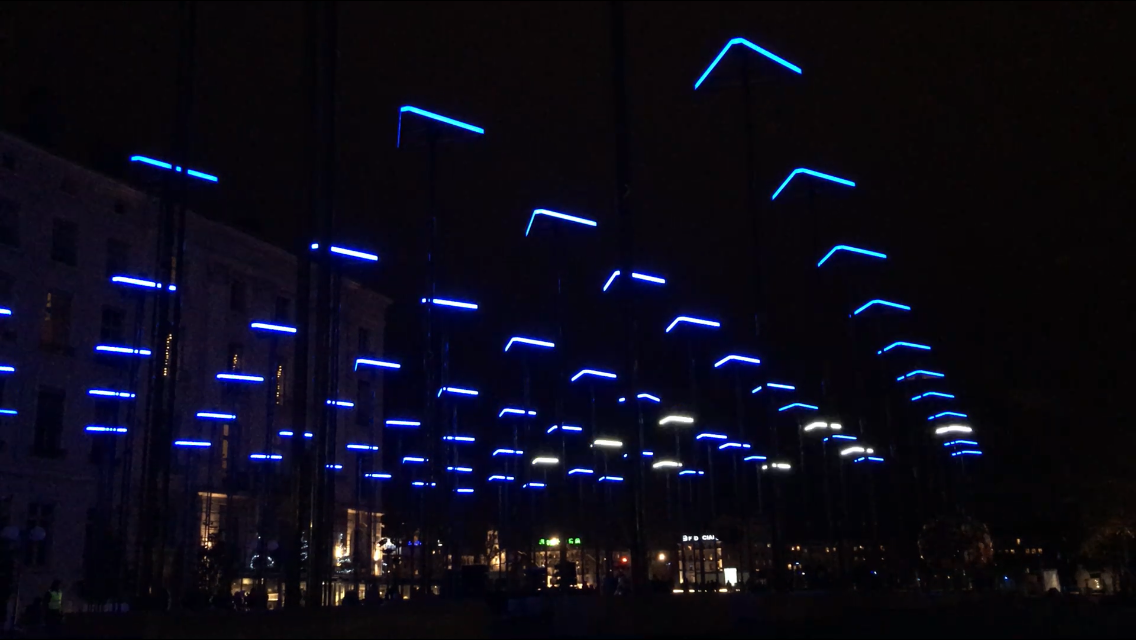 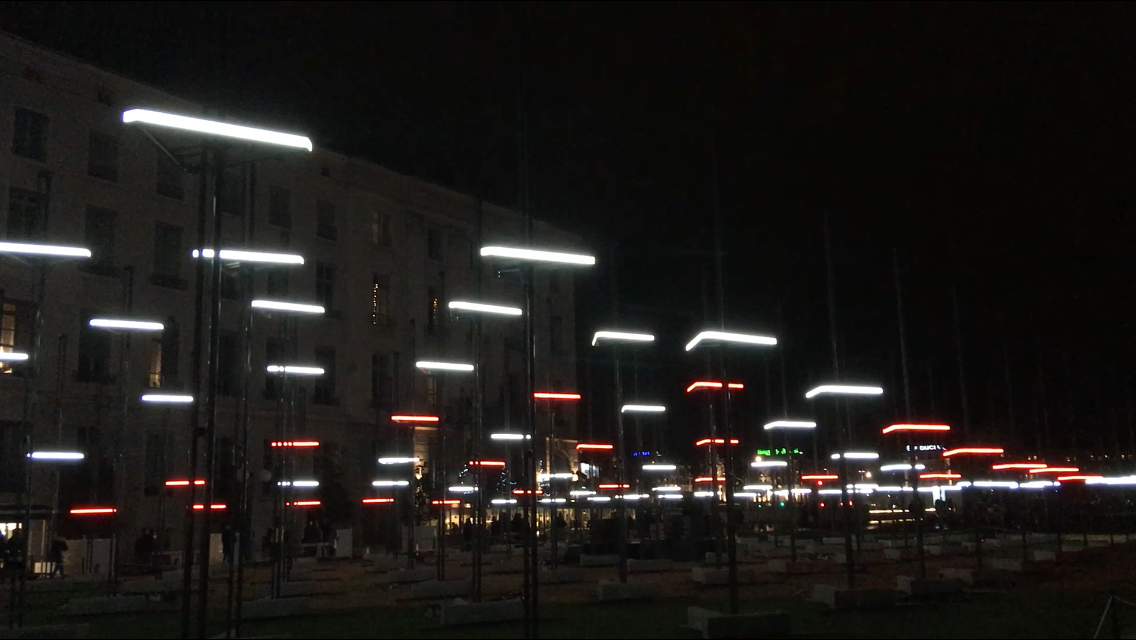 Les Pikooks – Porté par le Vent involved two inflatable birds, a nest of balloon eggs and waving ears of corn was created over the Bassins Fountains and if you could get close enough you could enjoy the lights and their reflections in the water too. 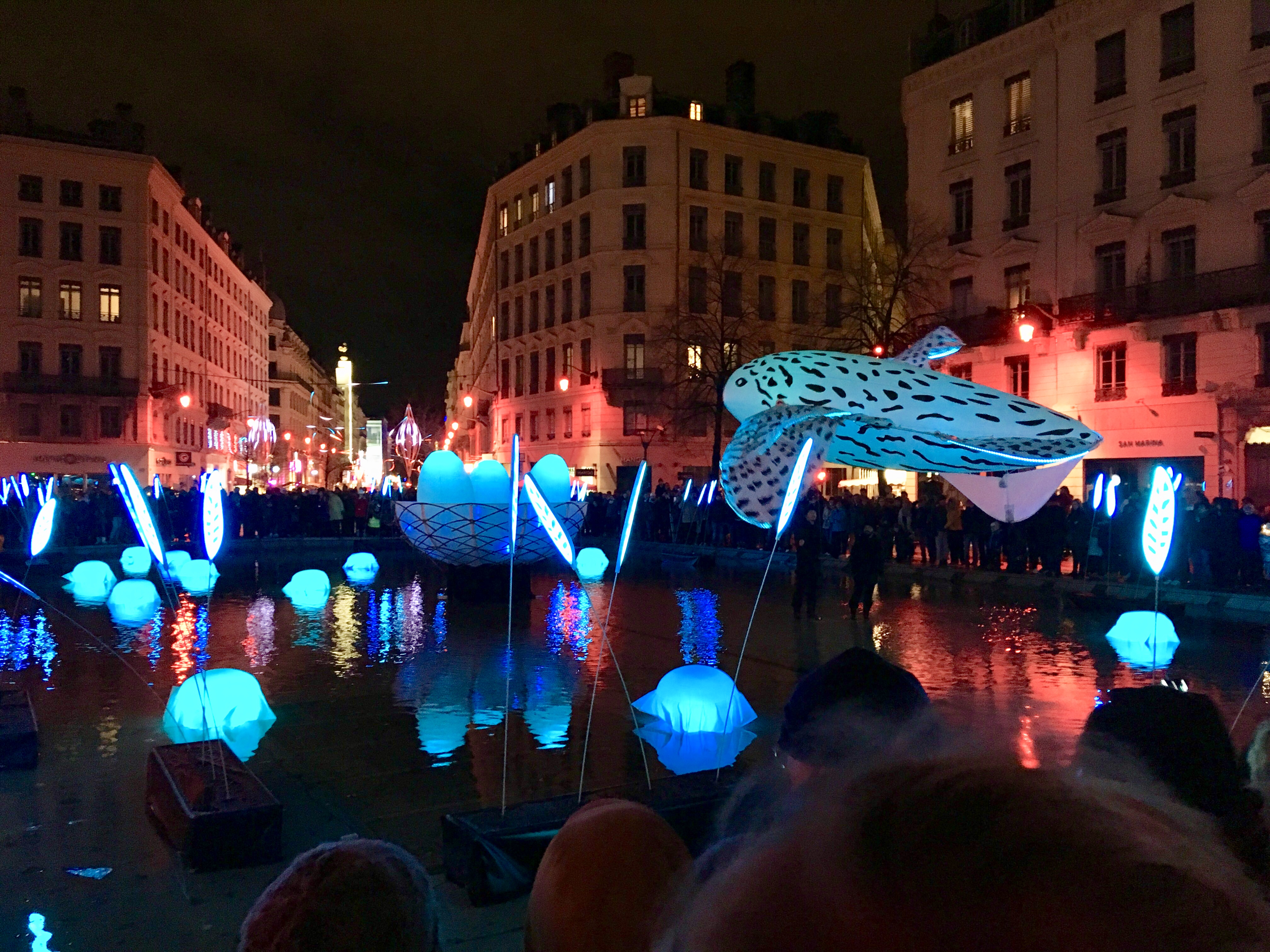 There was also Insert Coin – Mr Beam, that was projected onto both a building and a clock tower but alas I stood in the wrong place to capture the full effect of this projection based on computer games. 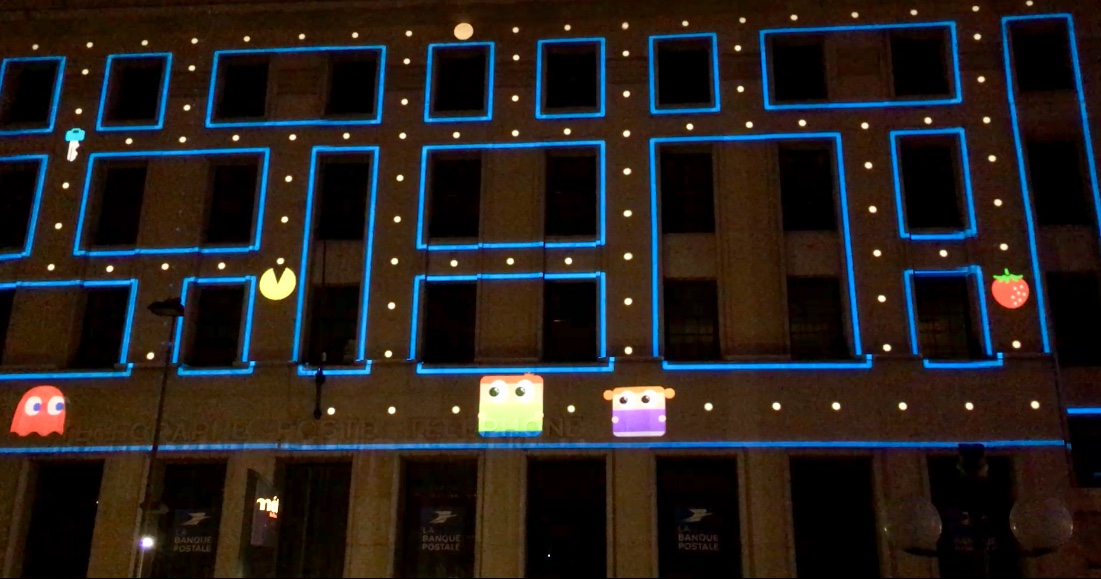 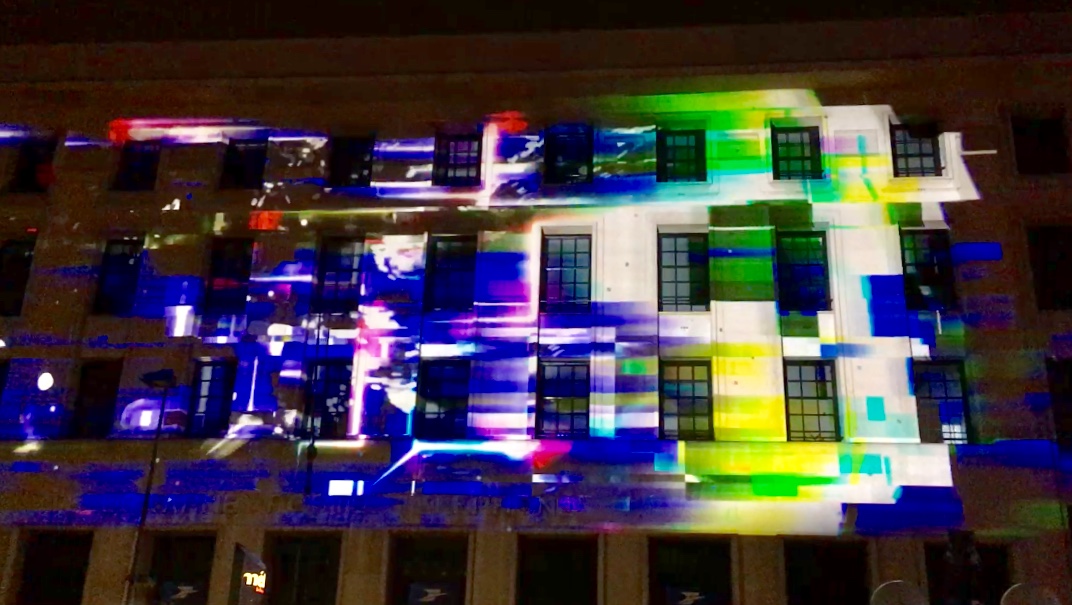 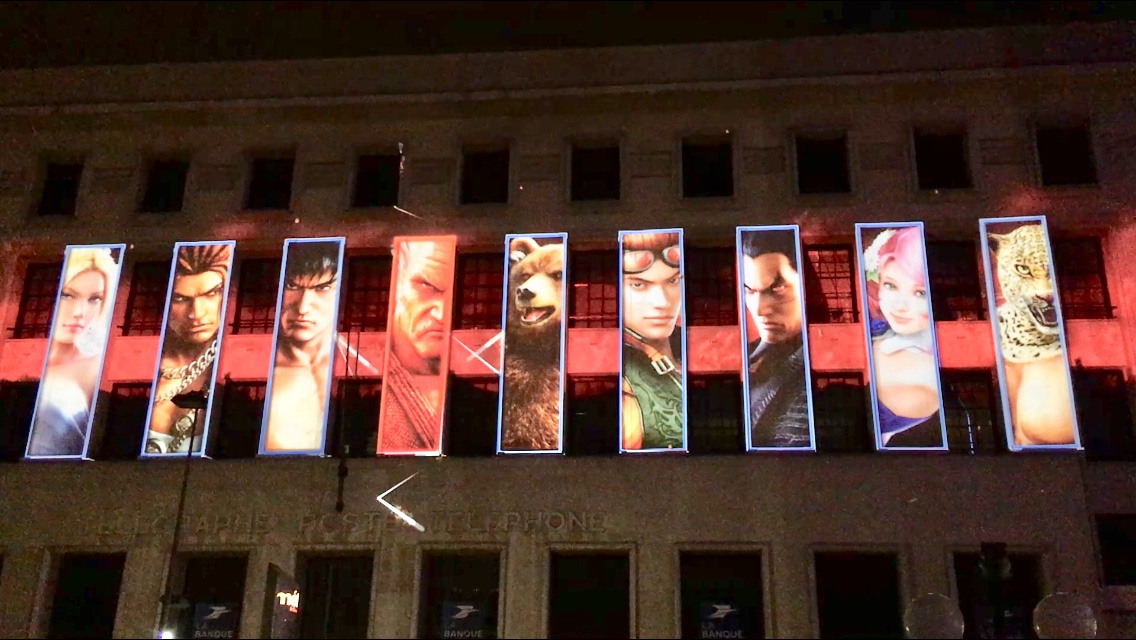 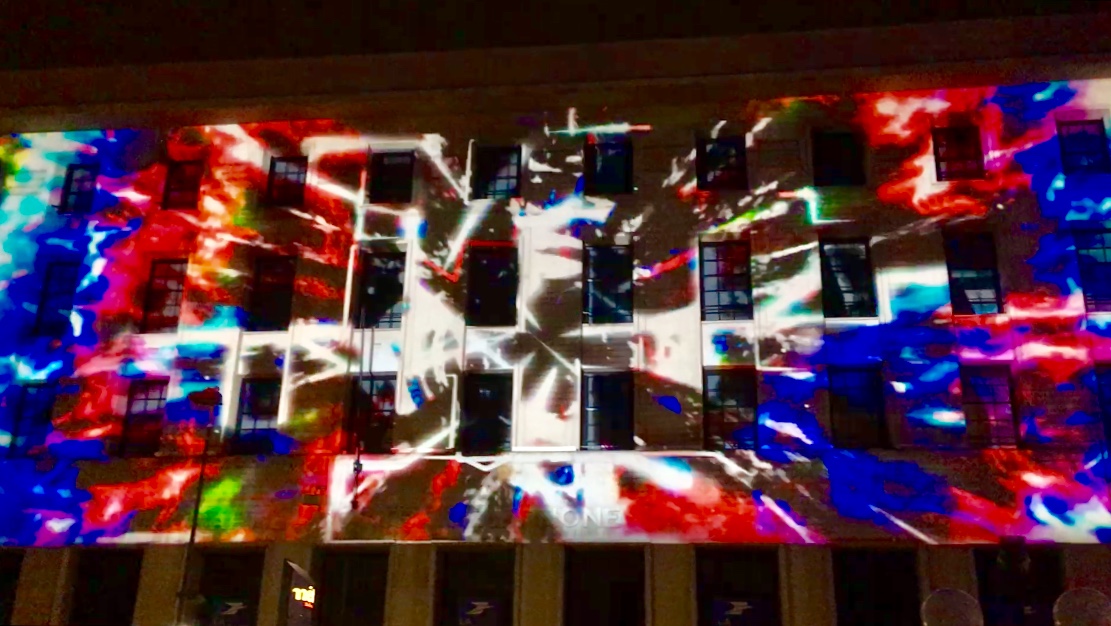 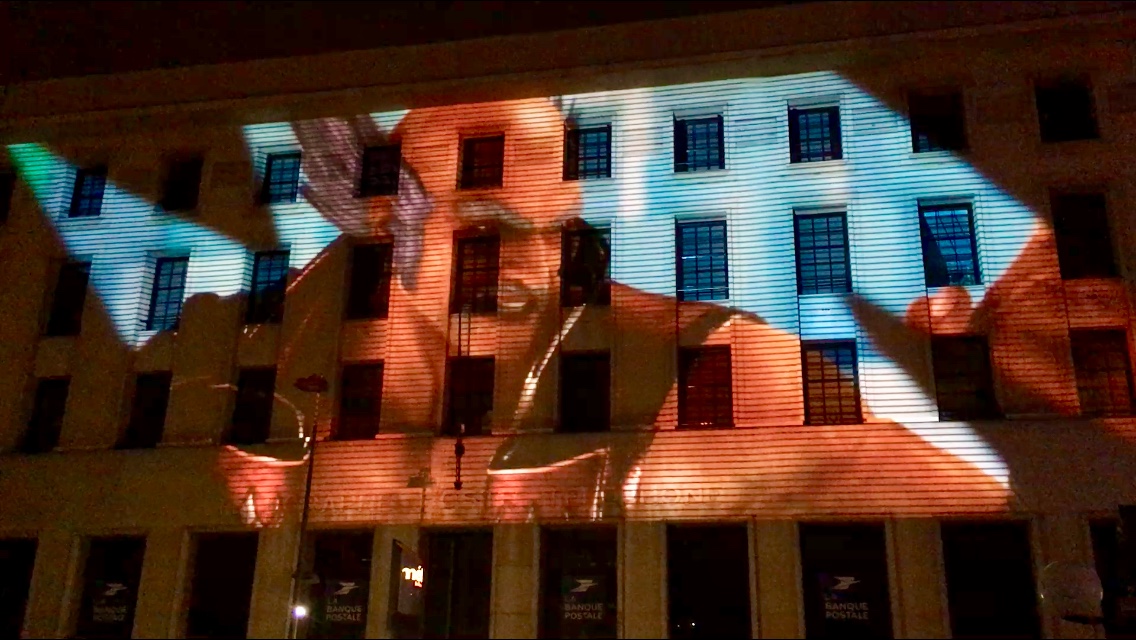 In Place Jacobins there was Golden Hours by Jacques Rival. The largest glass domed mantle clock you’ve ever seen. At each quarter chime the clock lights up and music tick tocks and thumps as smoke whirls around inside the dome. The centre of the clock is is the sculptures from the fountain it is built over. 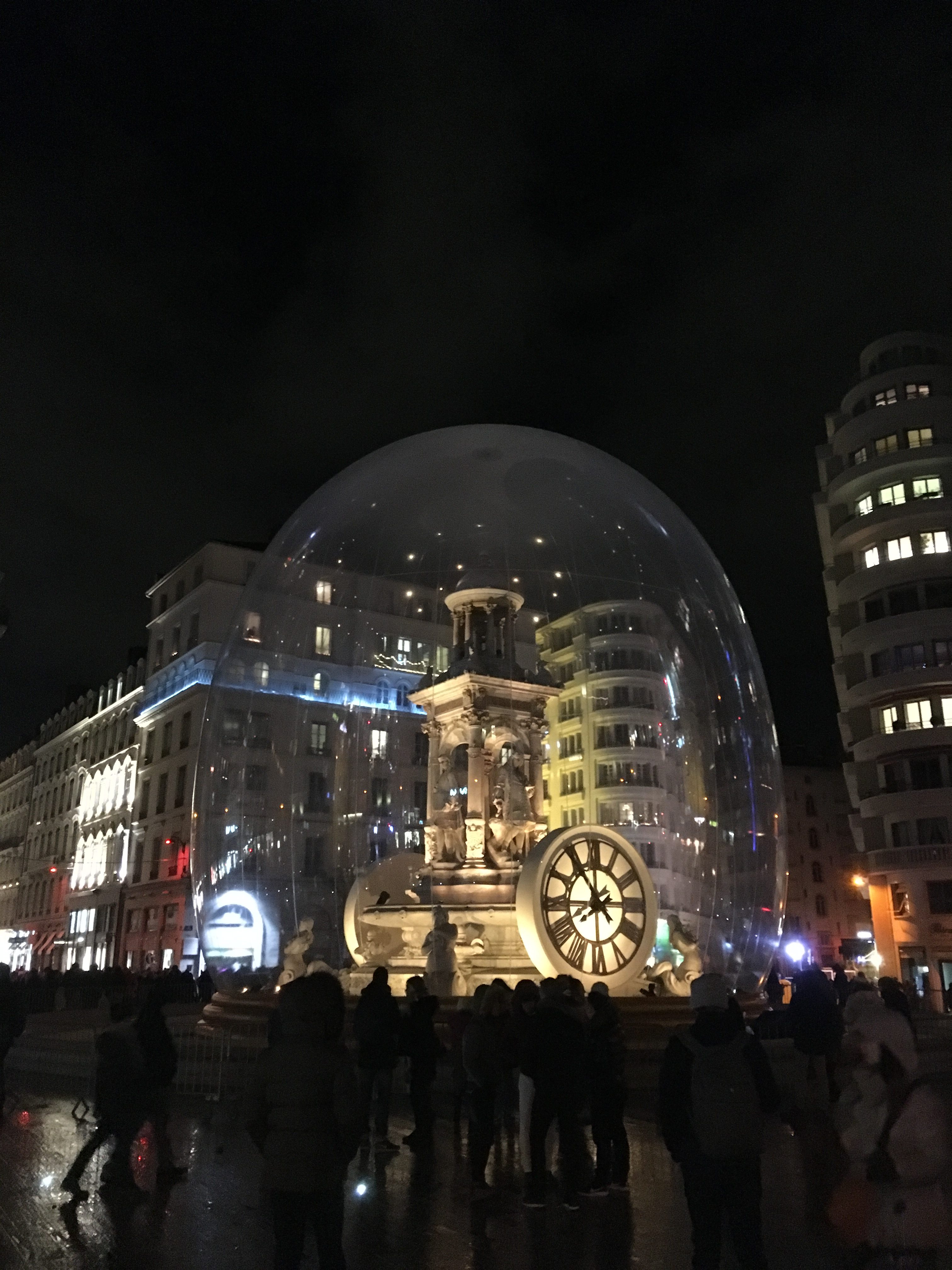 Platonic – Julien Menzel was a rather static display but the club thumping tracks made this fun to dance around. It seemed very 80s pop gig. 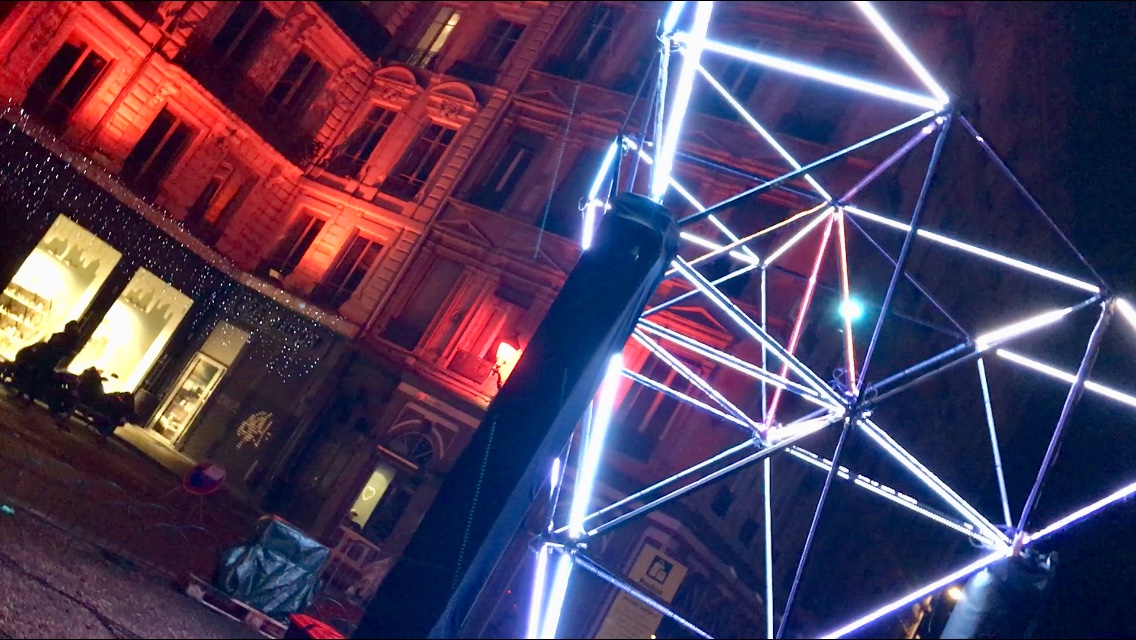 The last we managed to get to before the 11pm finish on Sunday was Spider Circus – Group LAPS was composed of the same static lighting as Platonic but this was over laid with repeat layers of strip lights that allowed the spiders to creep and run around the wire web to the music telling a series of charming and comical stories. 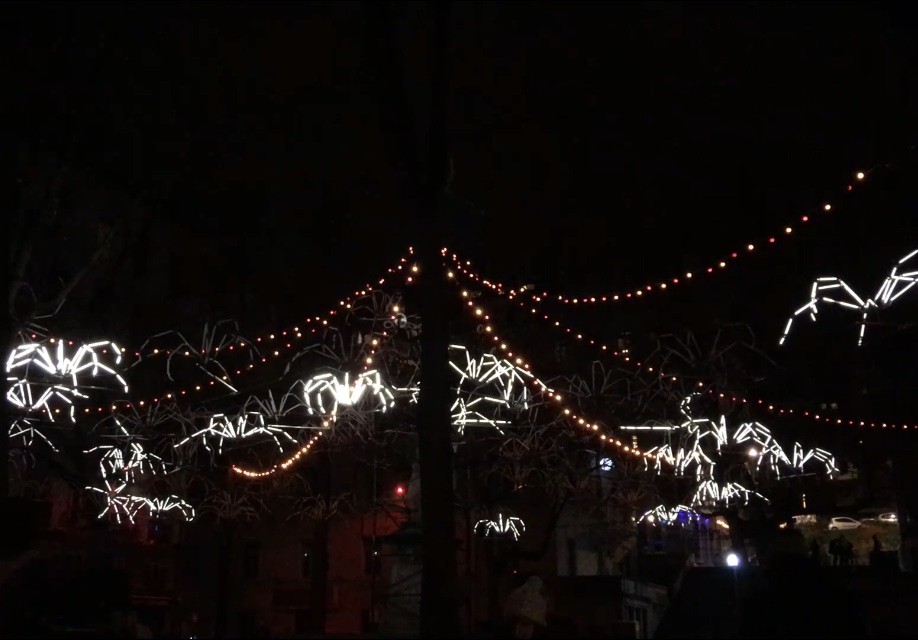 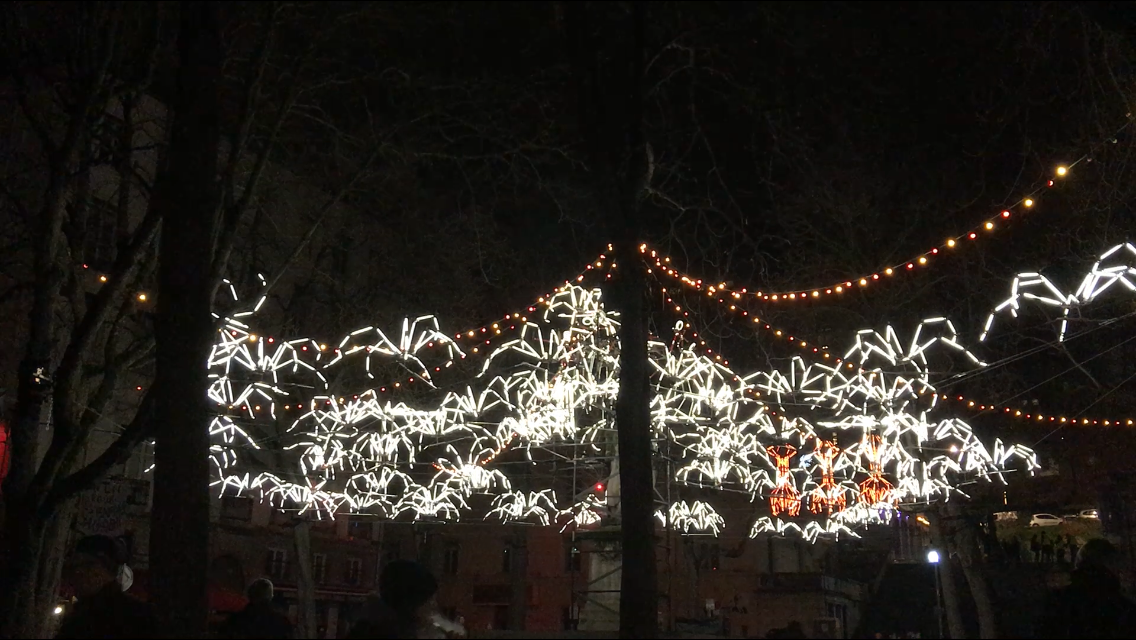 Some 1.8 million people cram into the city for over the four days so I was pleased to have attended from the beginning. Sunday is far less busyas many tourists like myself leave that day and locals have work Monday but also this year high winds forced some installations to be closed. While I had all four days to get around I still didn’t manage to get up to the few on the high hill around the Basilica de Norte Dame sadly but I can’t say that I didn’t have a packed four days of wonders. If you can’t wait until Lyon next year check out Hong Kong, Amsterdam, Berlin or even the UK’s Magical Lantern Festival. Lyon is still the original, biggest and best by far. 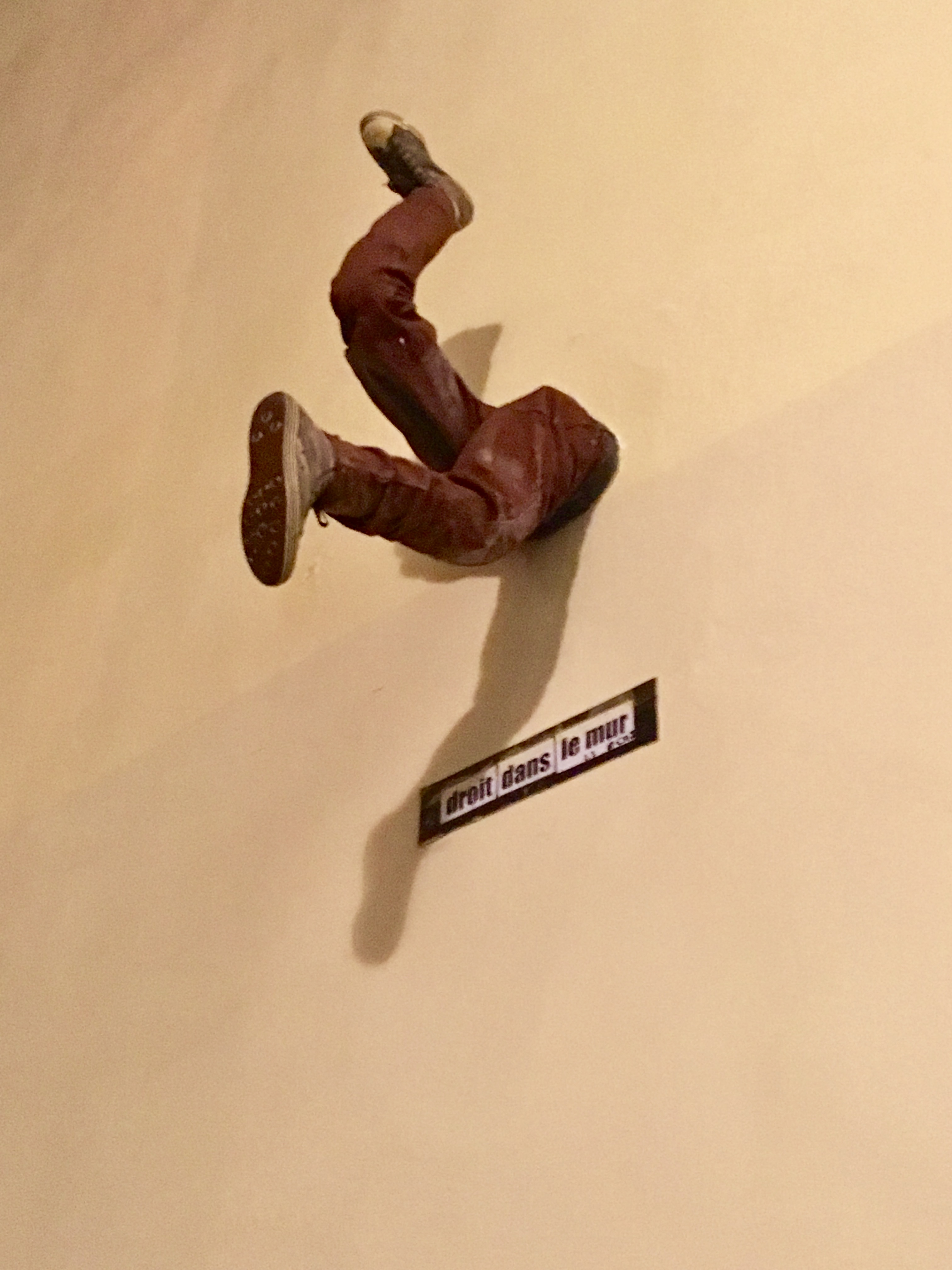 I walked 88:5km over the course of the festival and much of this involved enormous crowds and a sense of being slightly kettled in. Watch out for random street furniture, concrete blocks and poles that are easy to walk into as you surge forward in the packed crowds. What happens when it ends? Everything goes dim. 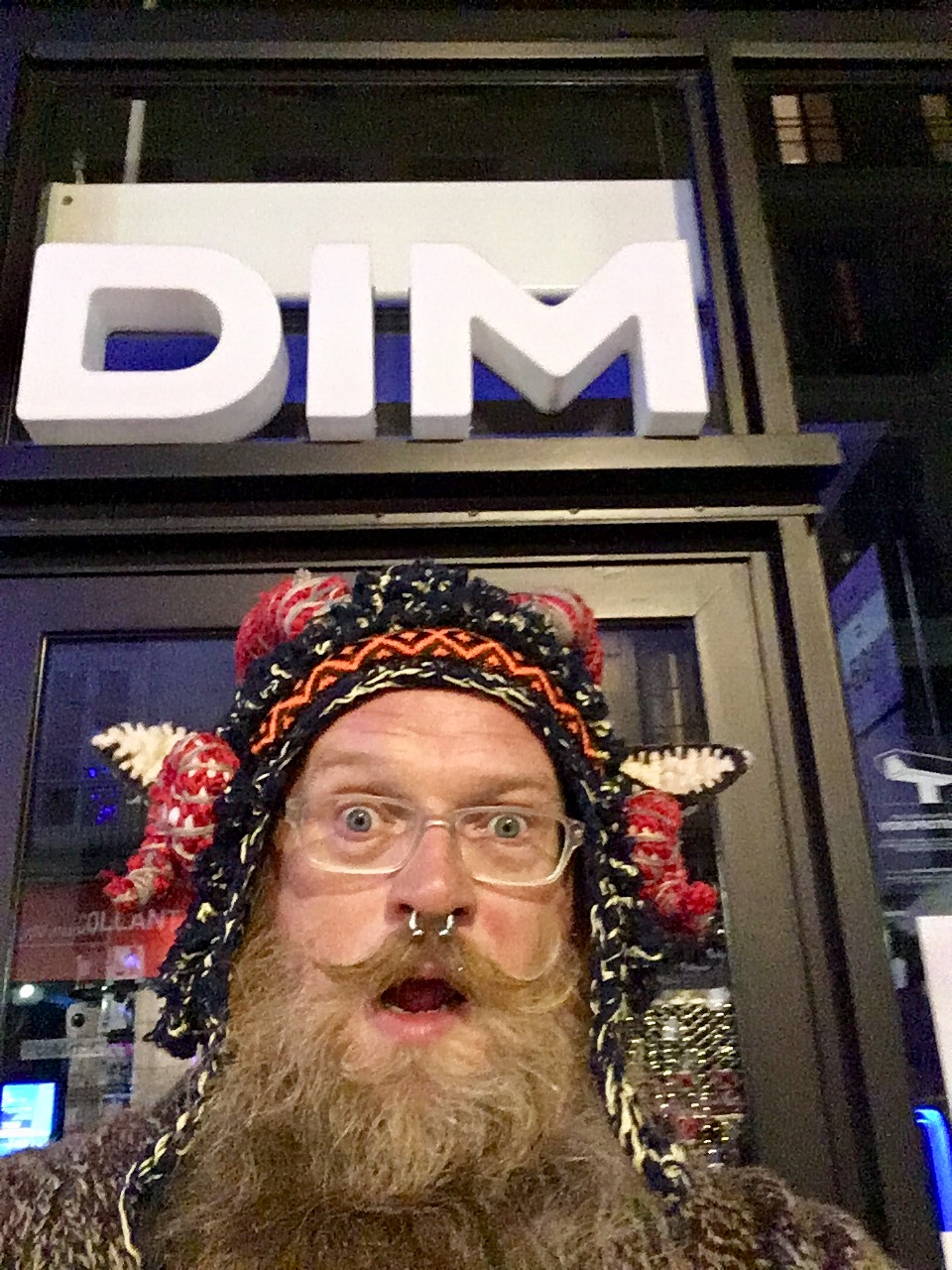