Art in Amsterdam. Get up, get out and eat some art was the plan. So it started with a twitch last night. Walking around the old town you just keep coming back the the same square. Is huge and there’s a palace and the national monument and a church. The church was flagging up El Greco and I was thinking sod Van Gogh it’s El Greco. What a cool art rich city Amsterdam is.

The Great El Greco Scandal. So I turn up and it’s only one painting. I know that’s a good thing. Absorb it and drink in the details. But I need heaps of them to be impressed. My bad. 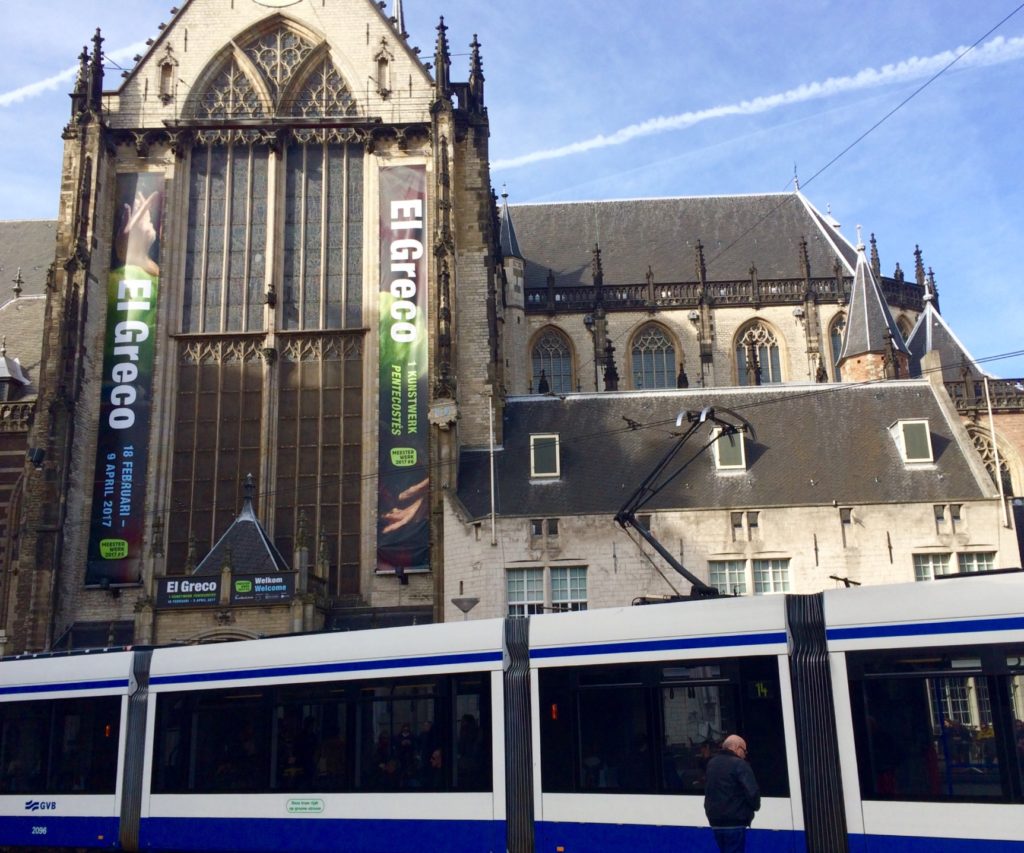 The Homomonument remains a wonderful place to visit and think and contemplate those who are gone. And it’s a rare thing to have a gay monument that was installed decades before most countries legalised LGBTI rights. So I skipped by. I also used the pissoire just by the side. That felt odd. Strangely public peeing but also oddly like pissing on the memories of those who are being celebrated here. But if honest, some ghosts might appreciate that. 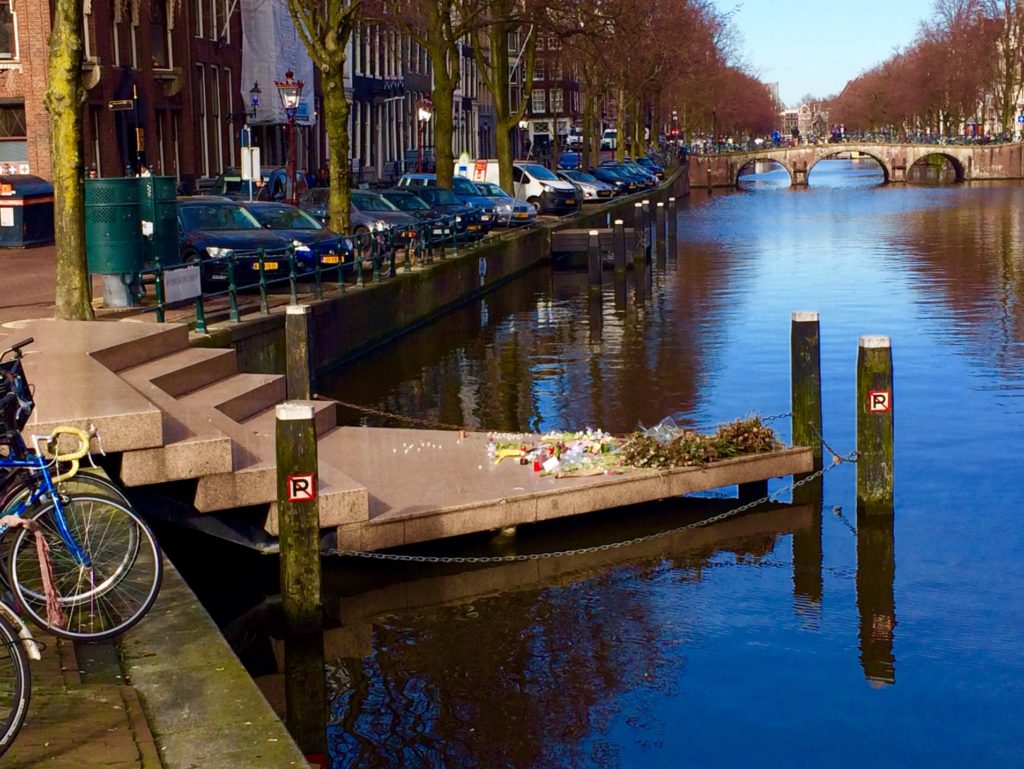 So the city of cyclists is a beautiful thing. Ones senses the disdain with which driving cars is viewed here. Town centres are not gridlocked with seething angry commuters like other European cites are. Bikes have lanes everywhere. The Monday evening rush hour just isn’t a rush. Long streams of cyclists form giant centipedes that hunch their bodies as the glide over the many humped back canal crossings. The heavy bone shaking rattle caused by the brick roads, trembles around them all as they pedal. The trundling, crunching approach sounds like an outsized insect.
There is though a darker side. When crossing a road as the pedestrian light goes green, cyclists don’t seem to have to stop for you. With that volume of bikes you don’t always get to cross. Then I met a wonderful dyke (not the Dijk Dkye but the lesbian type) who was a flow traffic controller. She is out on a Sunday afternoon and evening basically to ensure the stoned tourists don’t end up in accidents. She said that the bikes ARE supposed to stop but like cyclists Europe wide they don’t believe they need rules. Crossing anywhere is therefore stressful at every junction.
With much of Holland so flat it’s easy to cycle about. This is why I think the clumsy looking sturdy bone rattling bikes are so beloved here. They’d be impossible to ride up a steep hill in Hastings. But luckily there aren’t any to be troubled with here. Bikes are jammed everywhere and you often have to squeeze round handlebars to enter streets. 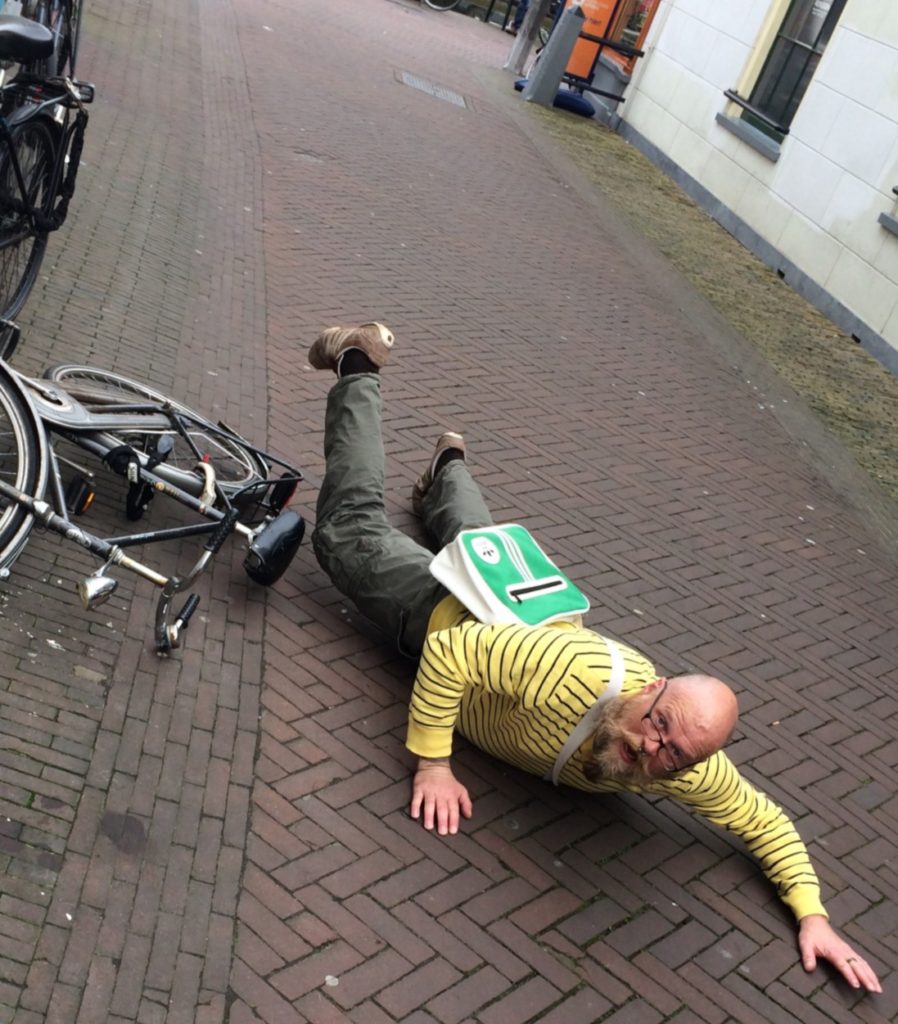 It’s easy to trip up there’s so many at every turn. Tonight I began to sense the pedestrian anger as their facial muscles silently cussed the cyclists who are breaking the liberal laws. An unspoken bitter resentment is brewing. Dutch elections Wednesday. I’ll be in Maastricht for the count and atmosphere.

I wanted to share photos of the wonky houses but they didn’t look wonky in the photos. And they’re not all wonky. As land is expensive they build wider as they add each new floor. But they look like their sighing at having stood so long that they’re supporting each other just to remain upright. Instead I offer tiny cars and business delivery trucks for tiny lanes and canal streets. They’re so tiny in the flesh! And so cute. 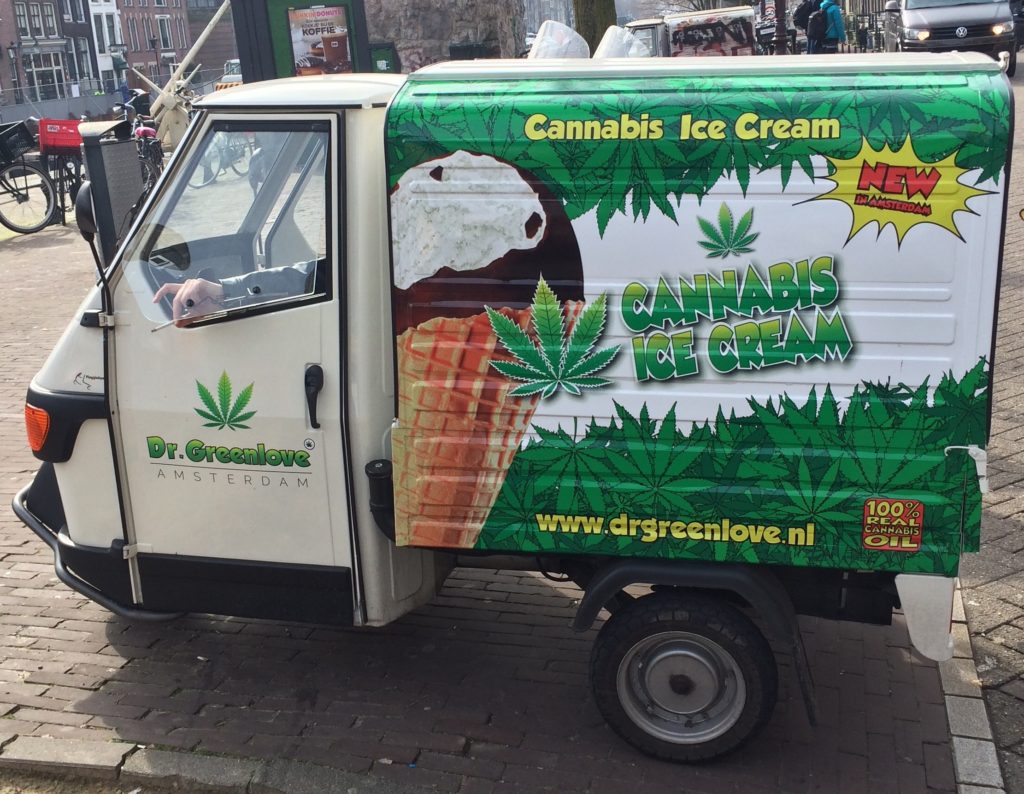 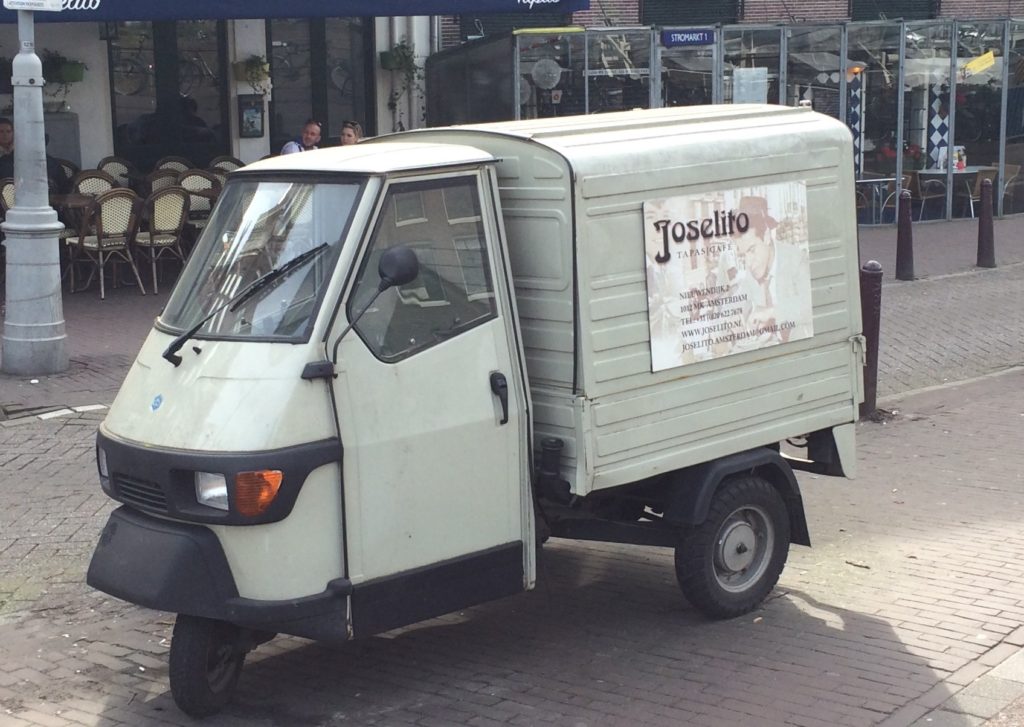 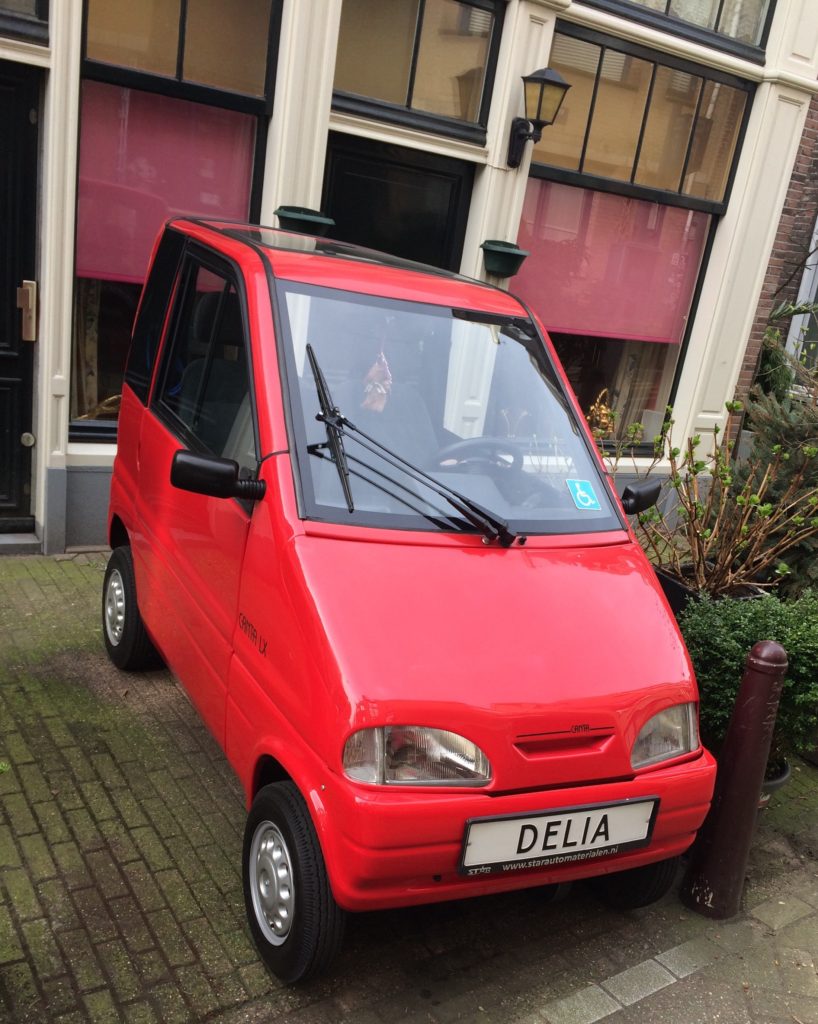