Well last time I was here the wall had only just fallen and Anette and I stayed in the Western part with Tobi. Now Anette and her fully grown up brother Henning live in Berlin. But even more amazingly they live in the wonderful former eastern part. So when Berlin was divided the Western bit was small and land locked. Land was at a premium and space limited. But in the DDR there was space and there was the architectural bounty that was once the mighty Prussian Empire that almost crushed the all powerful Catholic Austrian Empire into a small country. 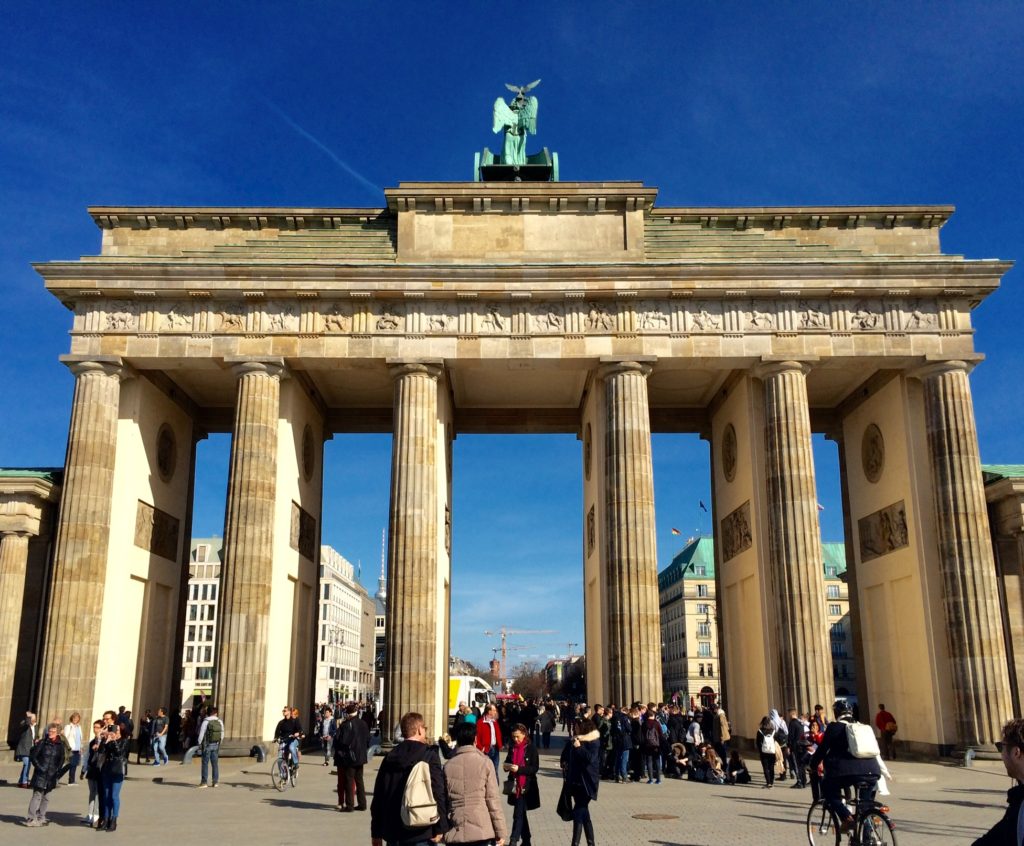 The oh so impressive Brandenburg Gate. Last time it stood rather solitary. Now it has been turned back into the square it once was.

All Change On The United Front!!

The sheer enormity of the avenues and old buildings in the former east Berlin is breath taking. Giant museums on their own island, gargantuan churches and collenades that almost put the Pathanon to shame. Its 5 museums on one Museum Island. 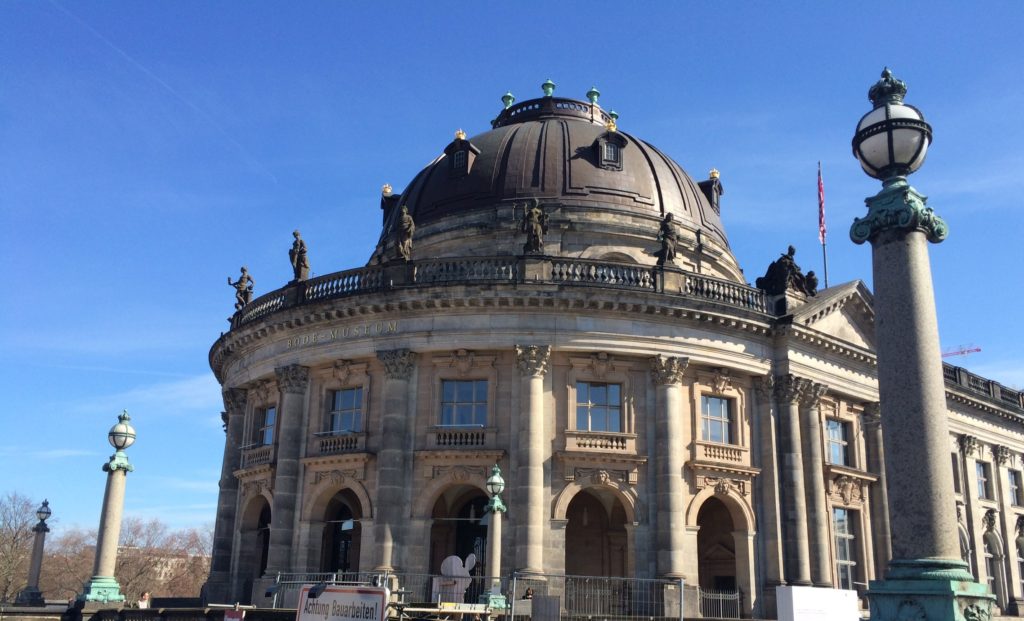 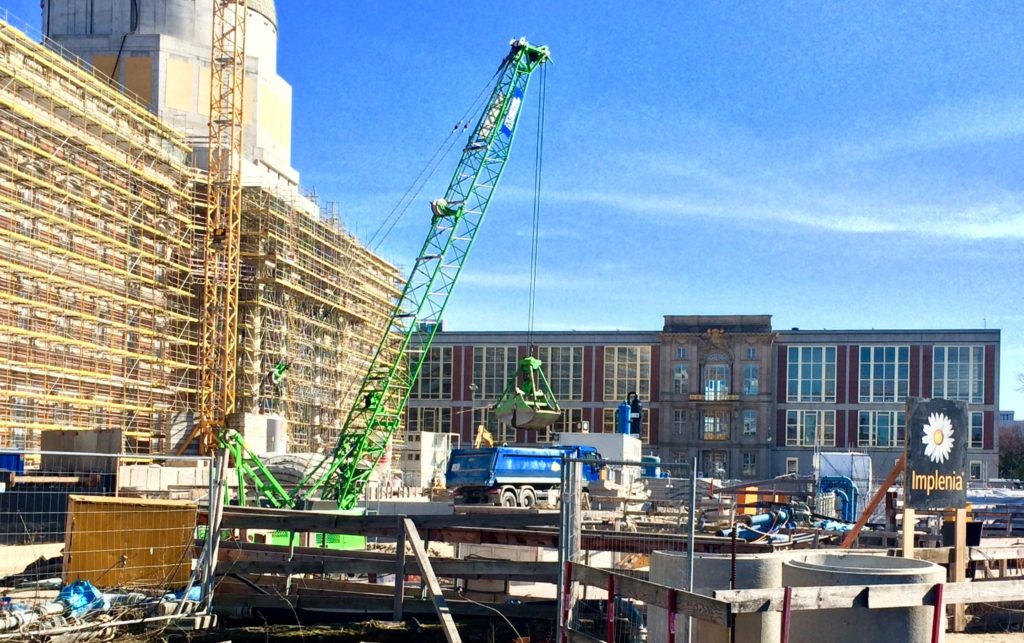 The former Prussian palace was destroyed and the DDR in their determination to be bigger and better than their Bundes Neighbours built the golden people’s palace. This has recently been demolished to rebuild the original Prussian Palace. A small futuristic museum. the Humboldt Box contains all the plans. The outside will be a perfect replica of the baroque original. The inside will be the new home of the Berlin Museum collection. It’s mad and ambitious and impressive. But many mourn the loss of the Volks Palace that was the building that shaped much of their lives in the DDR.

There’s a story they’ve repeated for decades and nobody knows if it’s true. The wonderful tale of the TV Tower in Alexander Platz. Built in the DDR it was essential that this TV and communications tower was bigger and shinier than the one in the west. And so it was built. But there was just one little problem with creating a giant glitterball so high in the sky. When the sun shines on the orb it creates a cross on the surface. This was said to have infuriated the authorities as it was seen to be a huge Christian symbol high over the secular state. And to change it after it was constructed would have been seen as admitting to a mistake. And so it remains to this day, gleaming and beaming its unintended religious message to the citizens along side their TV and Radio.

The Reichstag. The German Parliament building. Heavily guarded these days.

Among the splendour you find historic traumas

An important and  yet still totally chilling piece of history is discovered in the ground in Bebelplatz. The Burning of the Books in 1933. To the side of this monument is a glass slab. Peering into the abyss there are four walls of empty white book shelves to remember what was lost. 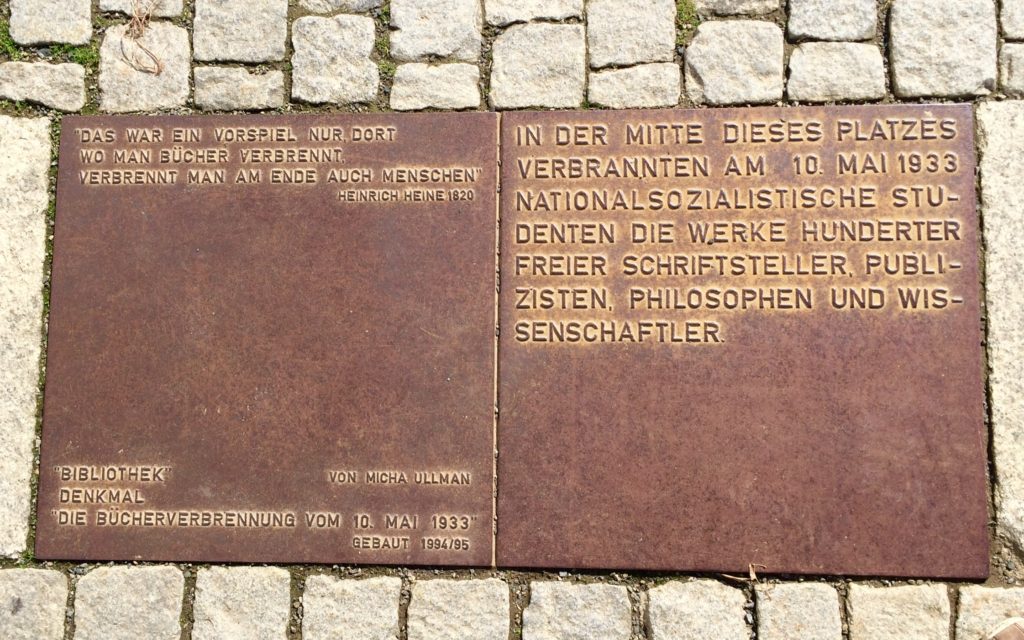 Once Henning my friend and guide had gone to do some work I quickly became lost. It’s a big city and I’m a… 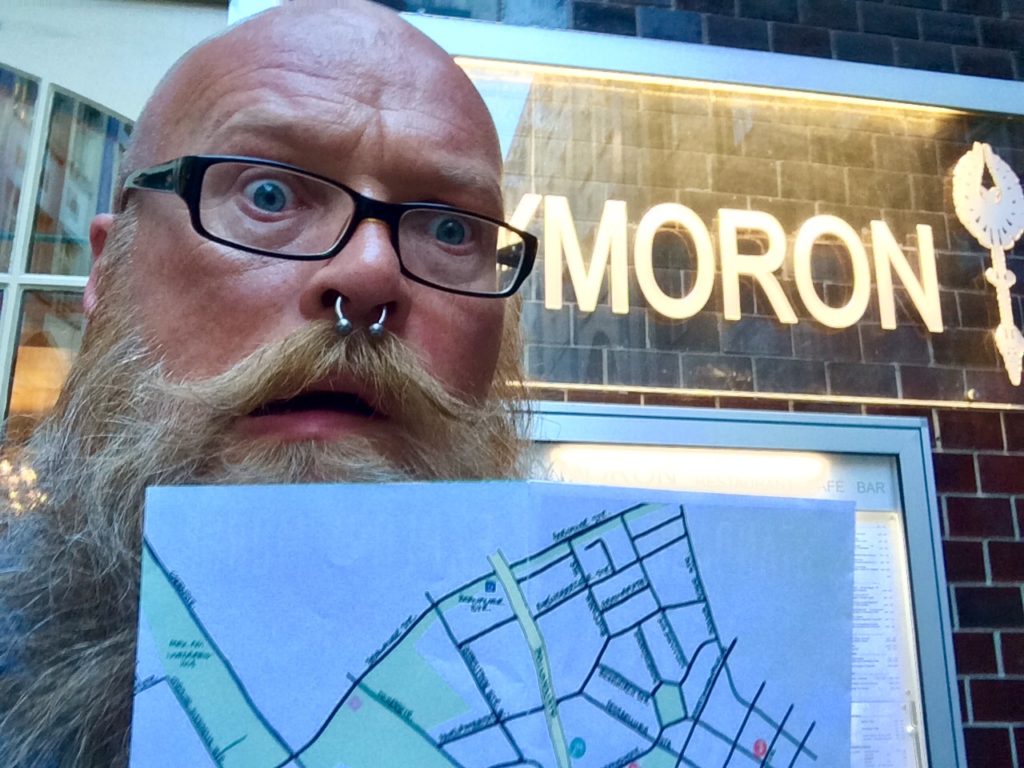 However drifting is my most favourite pastime just now. I was trying to find a coffee shop that sells Square Mile coffee but instead I stumbled into a vegetarian heaven. Katjes who make all the veggie jelly sweets have a vegetarian café! Woohoo. I think I was louder than that. WOOHOO!! And I might have punched the air too. 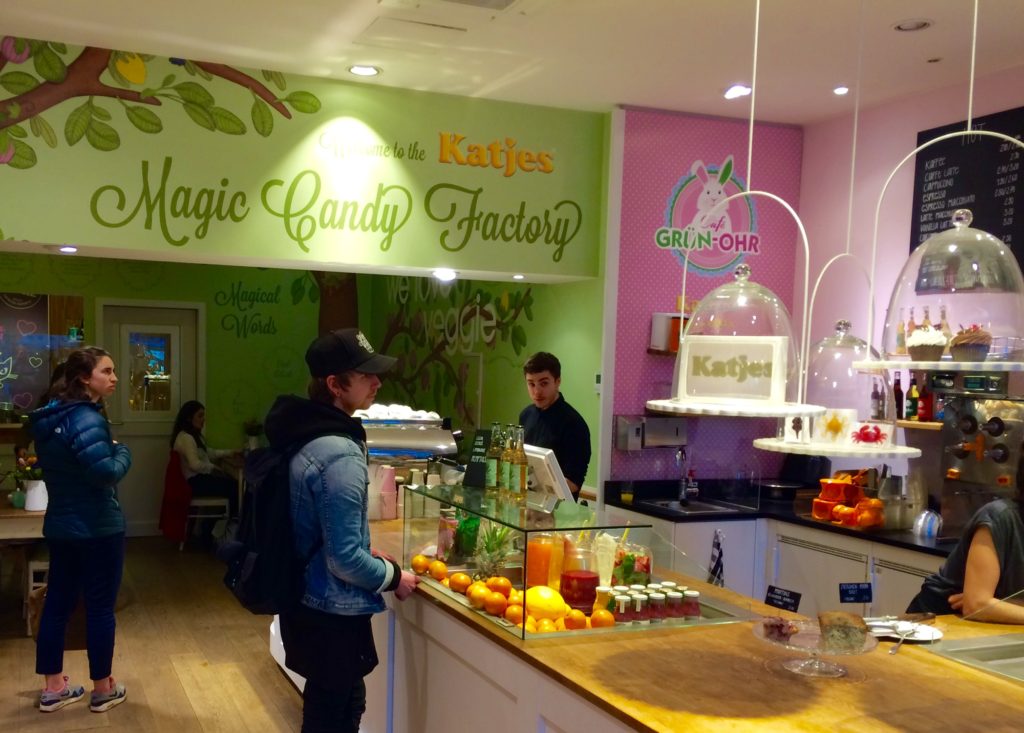