I discovered while watching an episode of ‘Somewhere Street‘ on Japan’s NHK TV channel that in Utrecht there is an entire museum dedicated to clockwork musical instruments and automatons, Museum Speelklok. This was reason enough for setting off to discover more about Utrecht. That and the fact that they also introduced me to the unique canal storage cellars that run underneath the street along the old canal and I managed booked to stay in one. 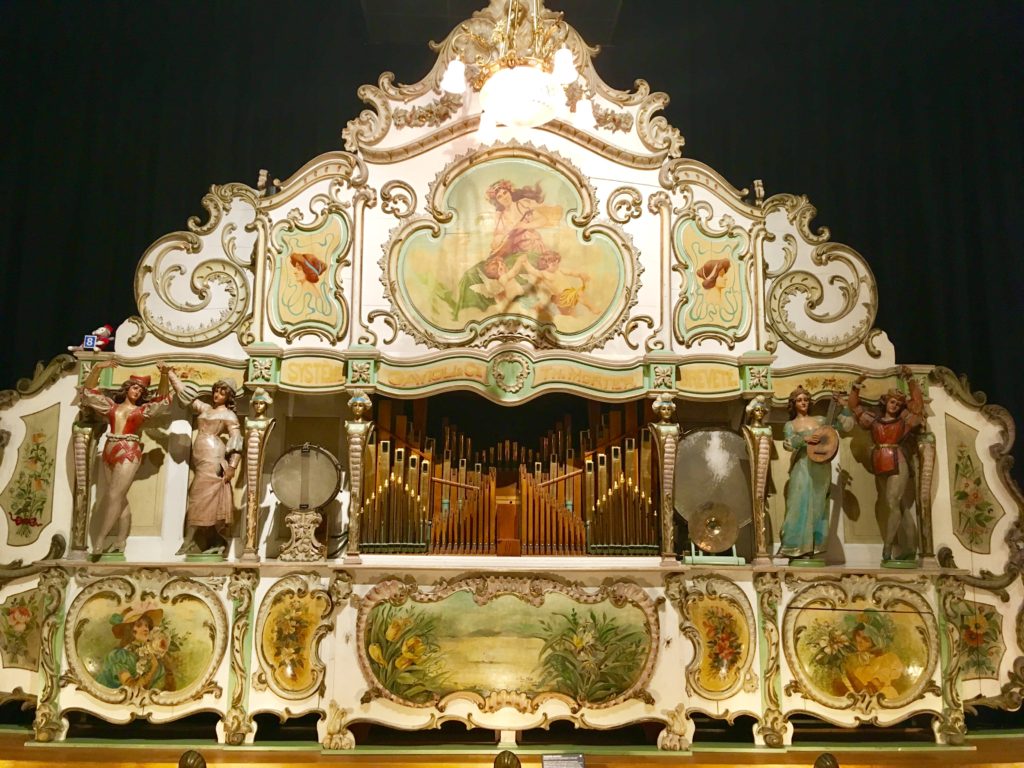 In Utrecht many churches have clock towers with bells that chime quarterly all around the city. Where you stand in the city as they all chime creates a different sound scape. Bells that were prominent in one part of town are suddenly so distant as to create a tiny tintinnabulations as feint as fairy bells. These clockwork ringing towers fascinate me with their melodic variations and seasonal changes. Now I’m in Utrecht I can go and learn some more about this very Dutch tradition.

The Museum is an absolute delight. There are music boxes a plenty, great chiming clocks with huge pendulums and many other massively impressive barrel organs and  pianolas. In the first exhibition room there are the inner workings of a carillon mechanism minus its stone tower and not high over head. This has steps inside to go and experience the mechanism at work. The free  tour begins here as the guides trigger the hourly chimes for us to see and hear. 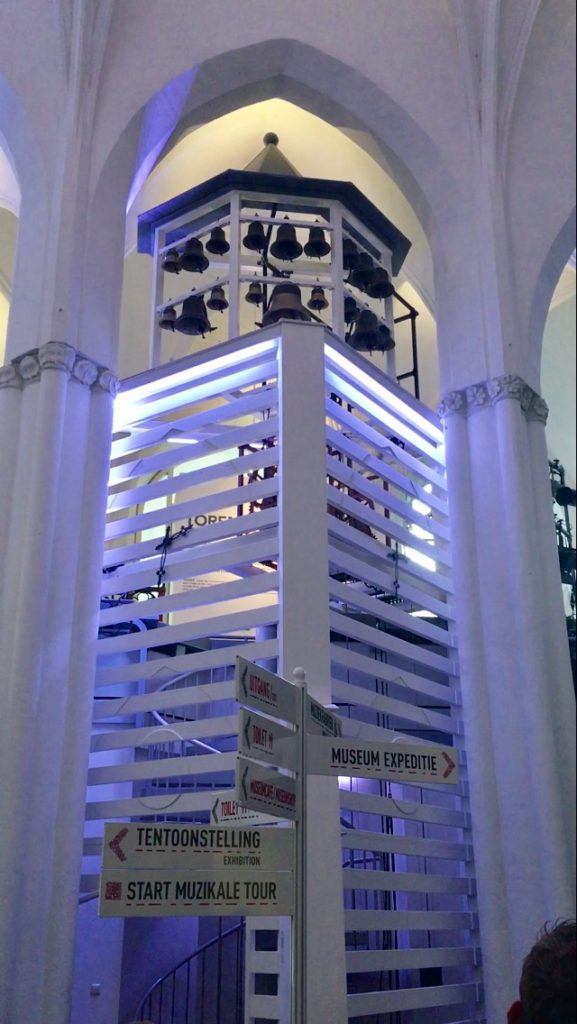 There are glass cabinets full of automatons. Not just singing birds in trees but also Pierrot sitting on and serenading a crescent moon, a paper parasol carrying Japanese woman and a violin playing rabbit and many others. 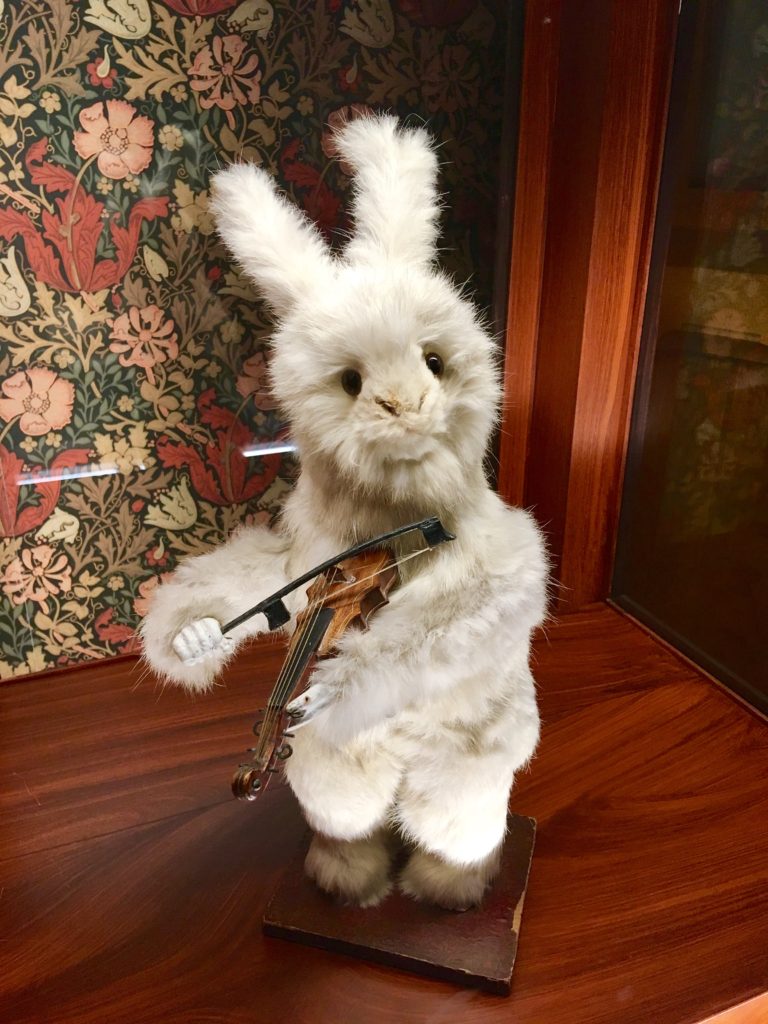 The pianola also features here as an early performance creating devise. Great pianists and composers from the 19th century were captured on paper scrolls for prosperity. But most impressive are the many giant Dutch street organs. By giant I mean like the size of a house. 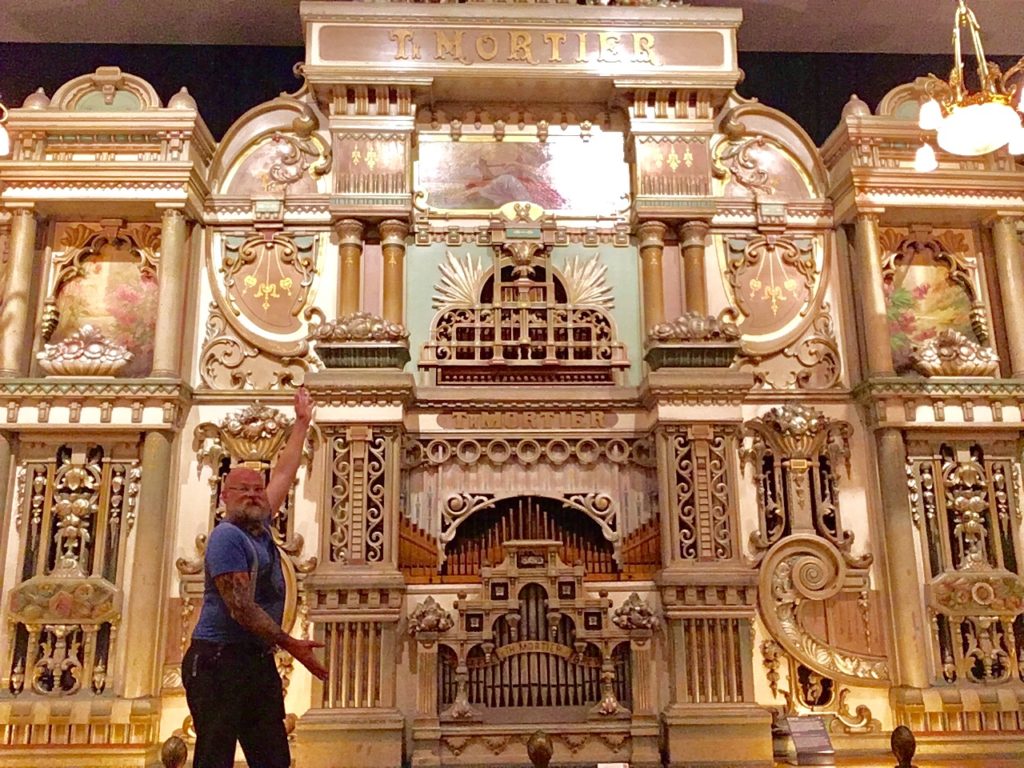 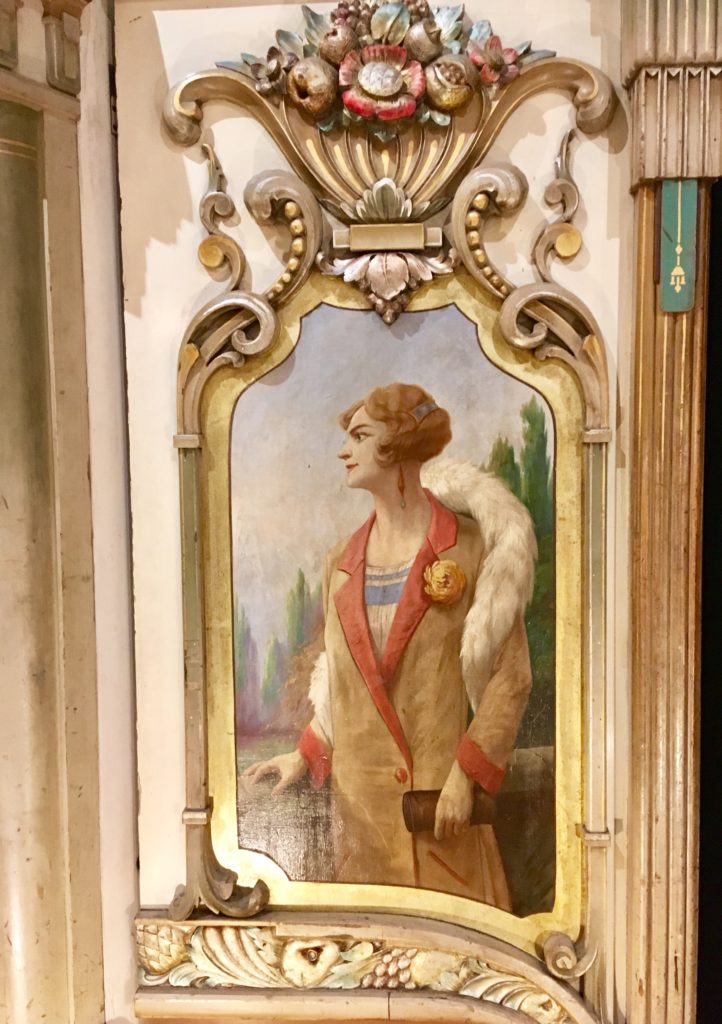 All beautifully restored and all in full working order. In Rotterdam I was treated to a street organ playing the 1970s Demis Roussos hit ‘Forever and Ever‘ below my balcony. Most street organs I’ve ever encountered play old melodies. But here in the Speelklok they have the world’s finest restorers and even experts who can arrange new tunes for the grand instruments on display. We were given the choice of ‘Frozen’ or ‘Pirates of the Caribbean’. The parents of the little boys present shouted loudly for Pirates, fearing the more sentimental girly ‘Frozen’ might be chosen and all the boys would switch off. But the drama of the ‘Pirates of the Caribbean’ music perfectly demonstrated the massive range of the instrument. 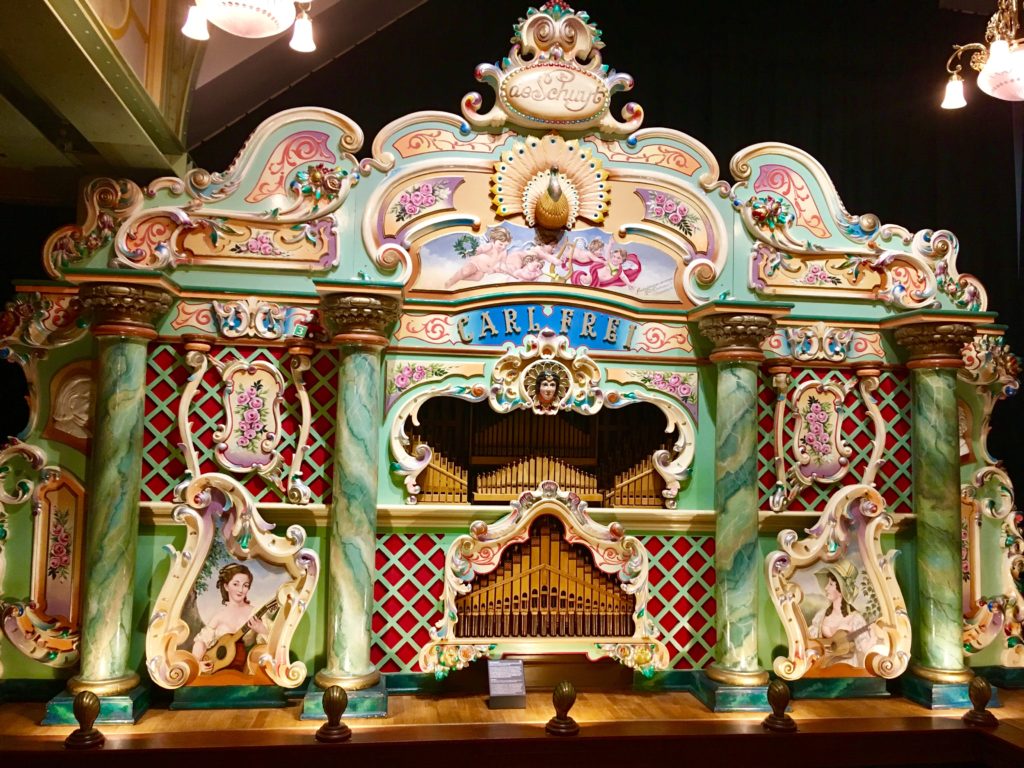 The now famous Wintergarten Marble Machine also features here in a side room. With over 50 million views on YouTube, 2000 metal balls are churned around the wooden apparatus to create a great Steve Reich like, Björk-esque brilliance of rhythms and melodies. This was the brain child and creation of Swedish rocker Martin Molin. Sadly we were not allowed to crank it up and I needed to sooooo very much. It’s like giving a child a sweet they can’t eat. 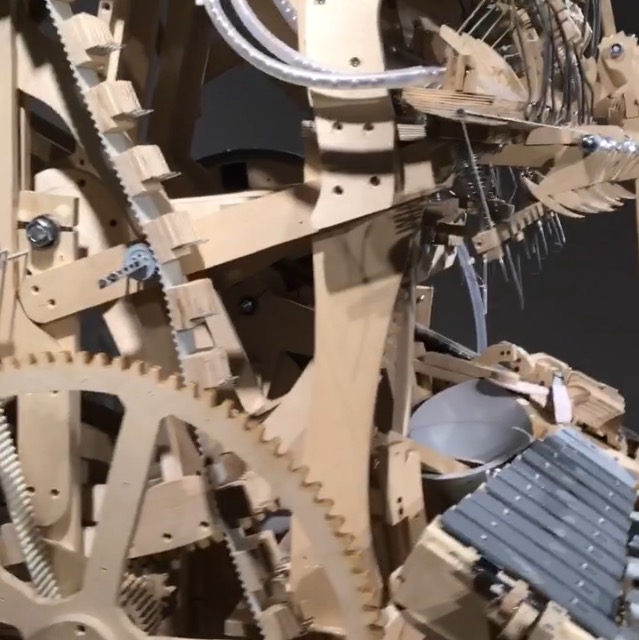 This museum is a total joy to visit with small kids or big adult ones like me. Back in March I learned about the bells that ring-a-ling ding all across The Netherlands. Amazing tunes that are programmable or able to be played live and much like a church organ they can be operated by a single person. Though I have lived all my life in the UK I have never understood the vast variety and intricate peals of Anglican bells that ripple from their steeples. Since about 2007 BBC Radio 4 has been broadcasting  Bells on Sunday at 5.43am each Sunday, featuring a different church or cathedral every week. Though I am a musician I still find I get confused and lost in the shifting patterns of the bells as they play down the scale and then all swap places in the ringing order. Some peels can last hours. Workout for the arms and upper body. I will at some point go and meet up with some bell ringers and try to get a better understanding of their unique musical art.