It was suggested that I travel to Syracuse. Once the Greek Empire’s second city after Athens. This was a city of lies and deceptions. Home of Archimedes. Eureka! And Screw you! Nothing here is what it seems. 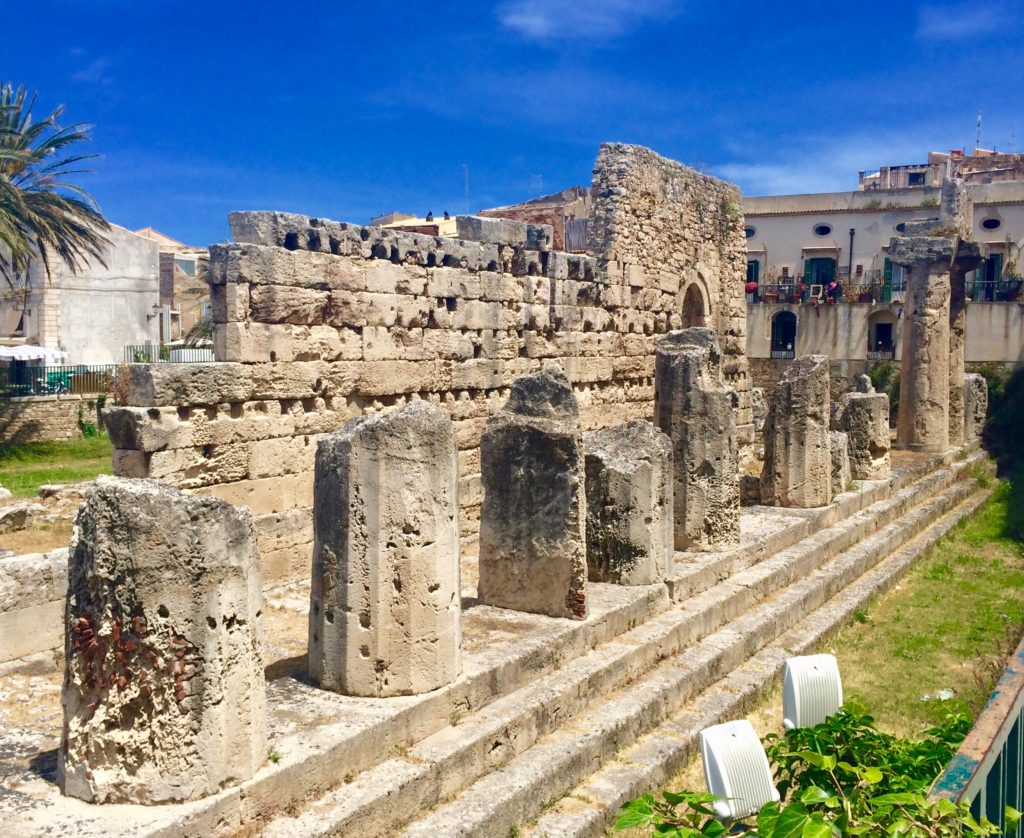 The Ancient Greek city was built over moons ago and little remains of that period bar the Temple of Apollo and the amphitheatre. The Temple Of Athena has become swallowed by the Duomo. Any signs of Sappho’s exile have been stamped out by Sancta Maria. I decided to disguise myself as Archimedes about town as I heard Agrippa was hiding out here. 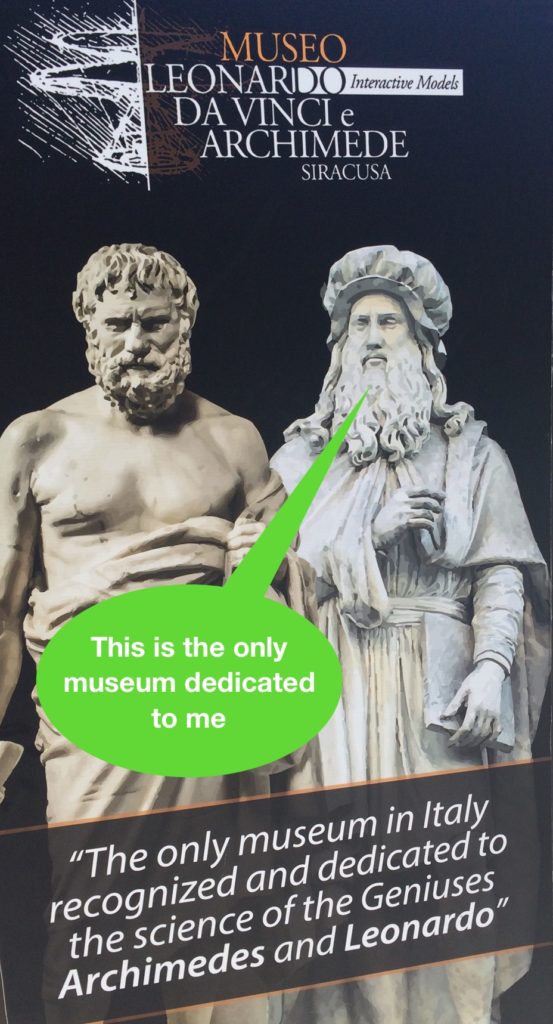 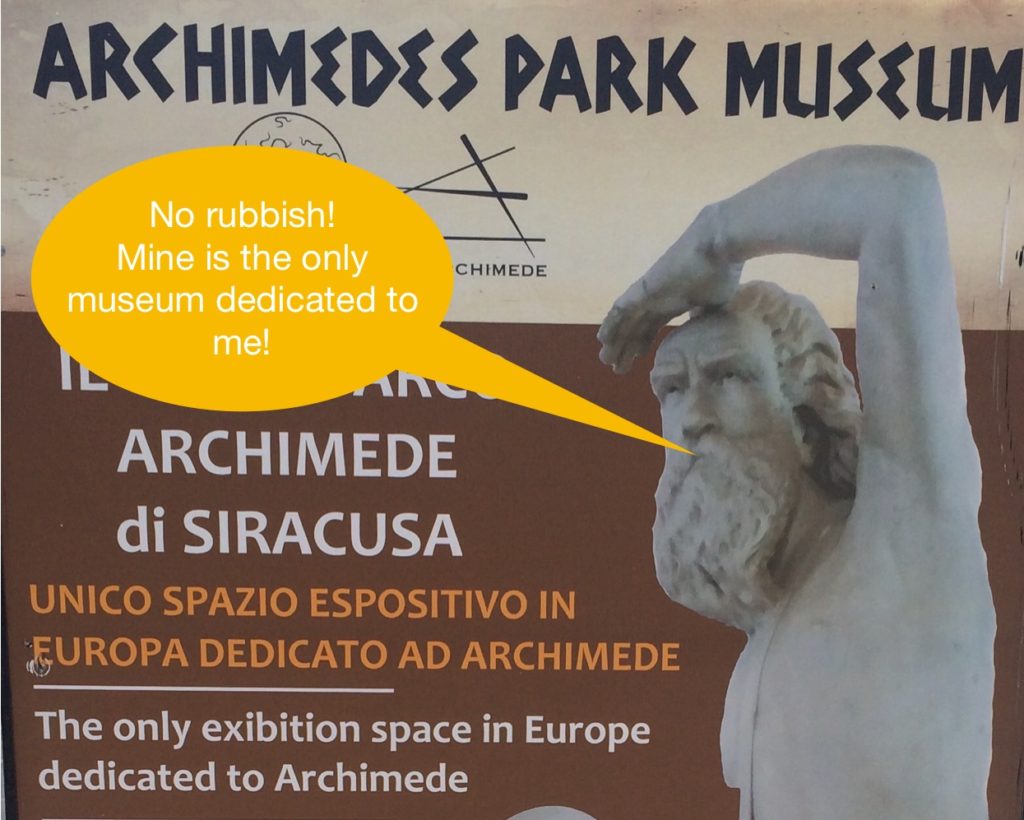 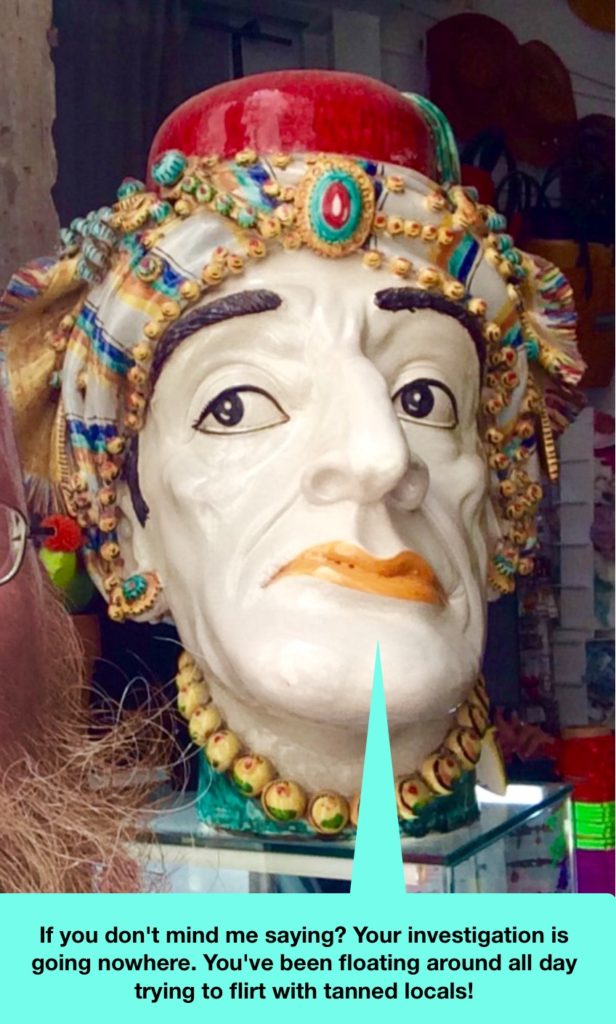 The entire trip was looking like a red herring full of fountains, statues, ceramic heads, fish restaurants and waiters who assumed I didn’t eat. “This is not a caffè, you need to order food” I know! 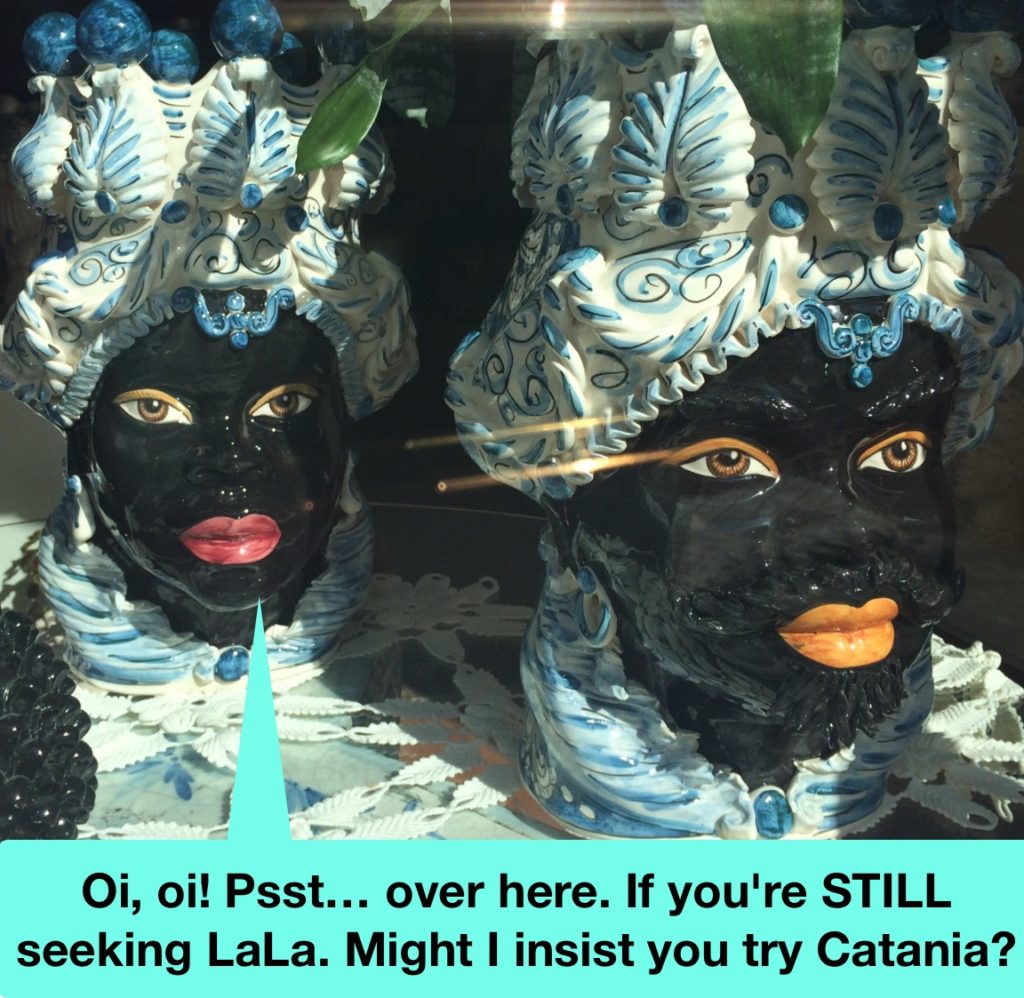 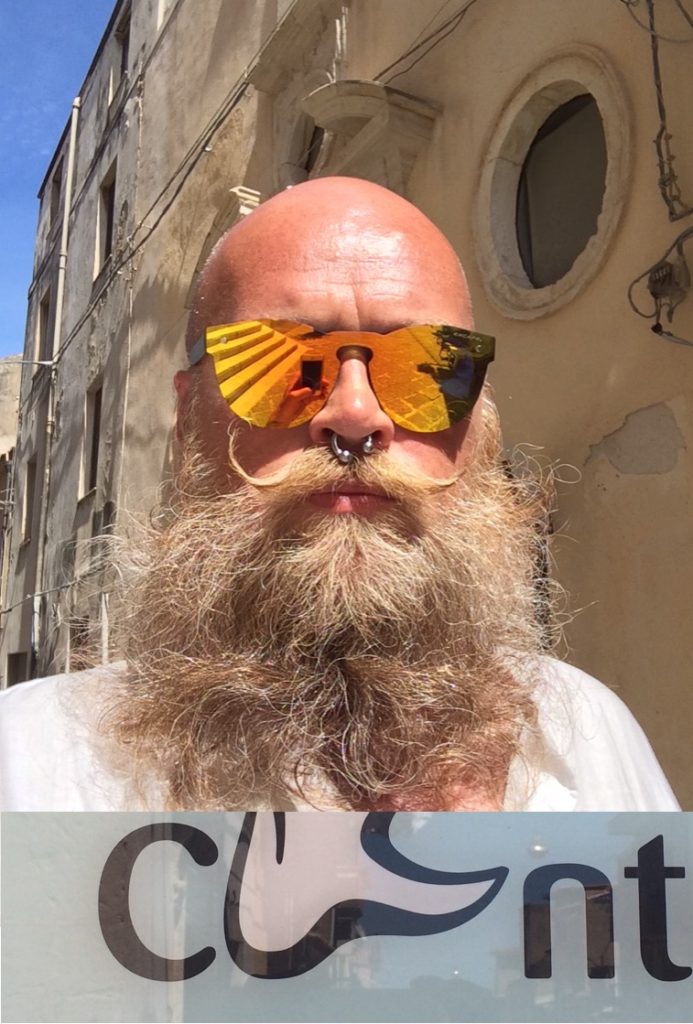