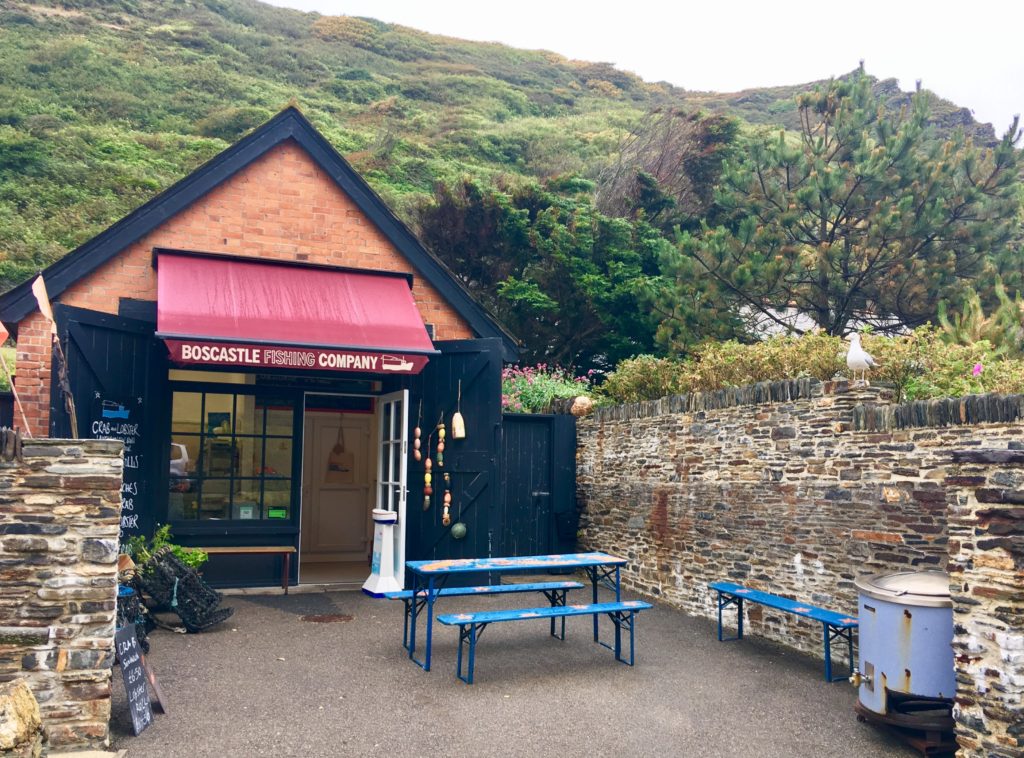 In 2006 Boscastle suffered with a wicked deluge of rain that flooded and swept away buildings though thankfully no loss of life occurred. Indeed the Harbour Lights café where I stopped for coffee, tea, lunch, coffee, more tea and then some cake and tea was almost entirely destroyed. Just the one wall furthest from the river remained standing. Local efforts were gathered and the beautiful chapel like café was rebuilt in its entirety including the double sagging roof. 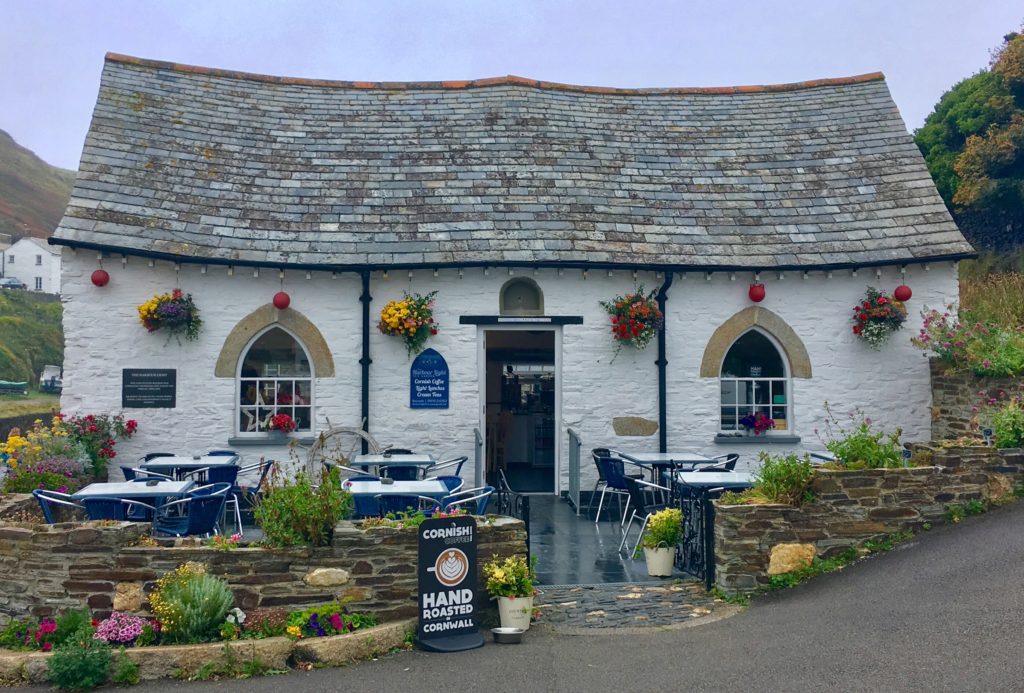 Here they really do serve lightly hand roasted coffee from a Cornish small batch roasters. They even understand that a flat white is with less milk and a double shot. The staff too were so friendly and so fast at serving. Plus they come to the tables to take your order. Amazing. 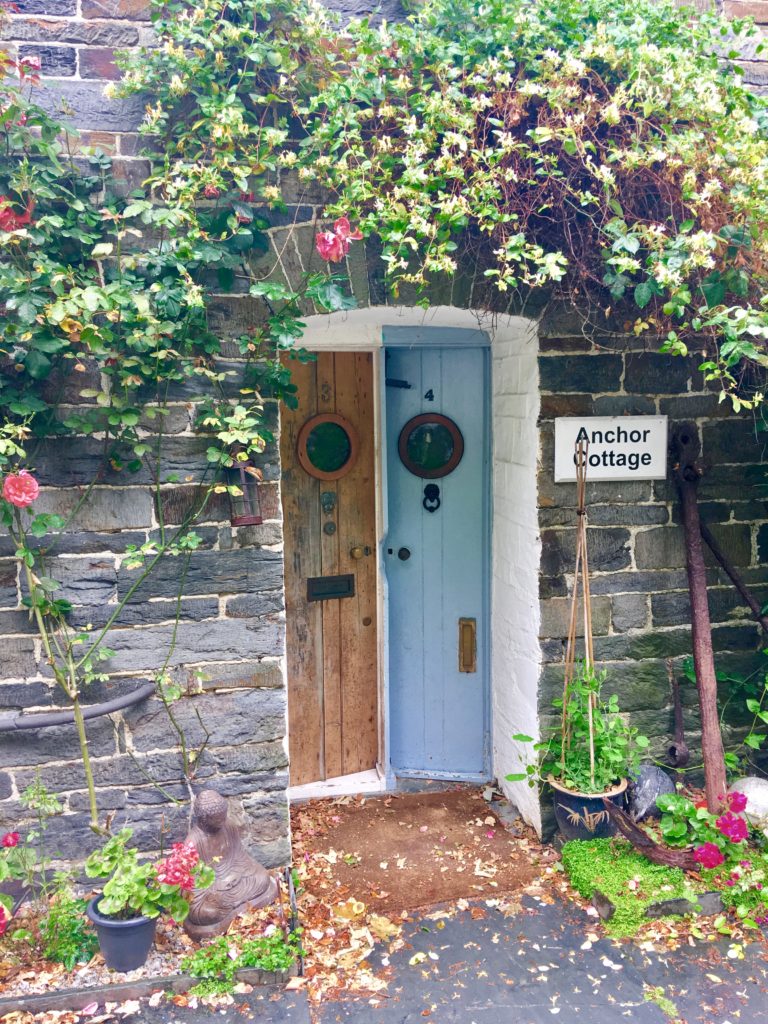 The thinest doors I’ve ever seen. Two doors where there ought to be just one. How do they get any furniture in or out? I imagine folk living with stuff that’s a couple of hundred years old or modern Ikea flat pack stuff. 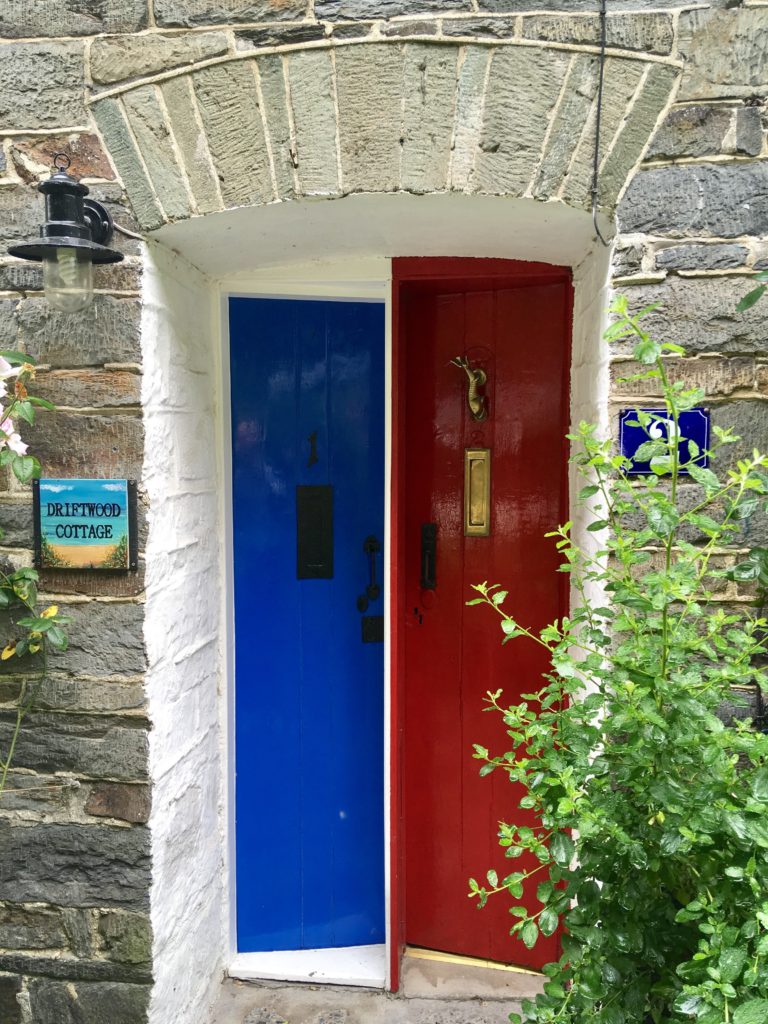 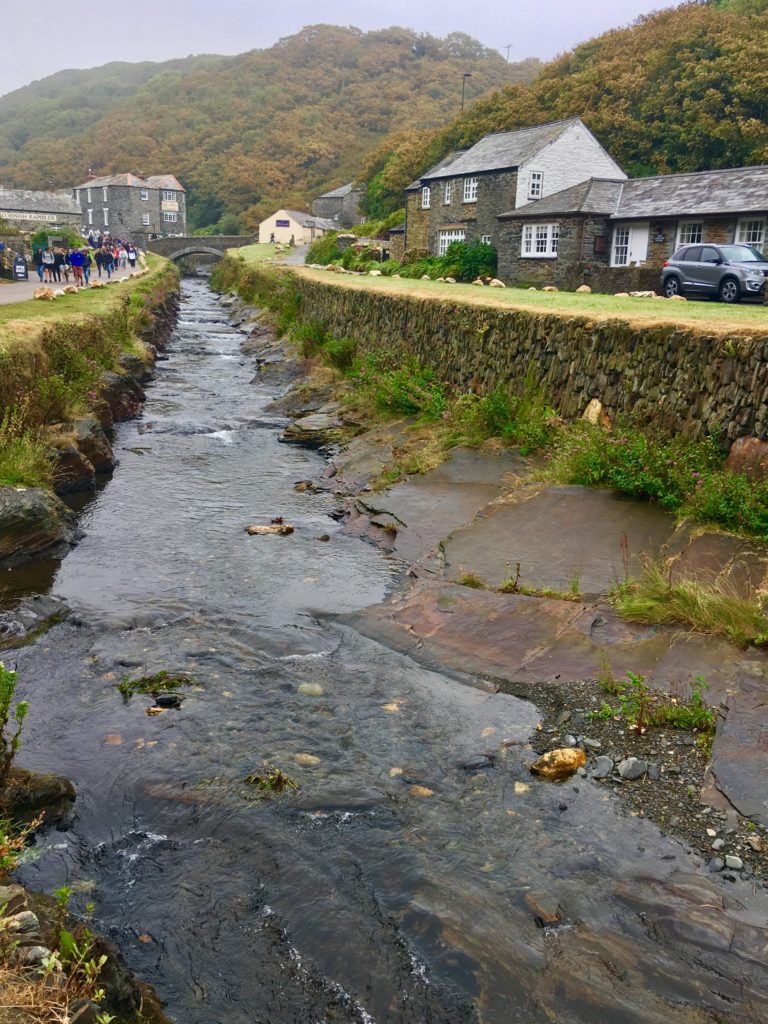 The River Valancy that combined with the River Jordan in 2006 to create the great torrent that picked up cars and  parked them elsewhere was today such a gentle trickle. One local said they could do with a little more water flowing. I will admit I immediately sushed him and whispered that he shouldn’t say that here. Mind you, another resident remarked that the flood was a once in a lifetime event, so the money spent on flood defences was a waste! They seem very blasé about the 2006 event. Following the river as it flows downstream you climb natural slate steps that rise either side as the natural inlet opens out to the ocean. 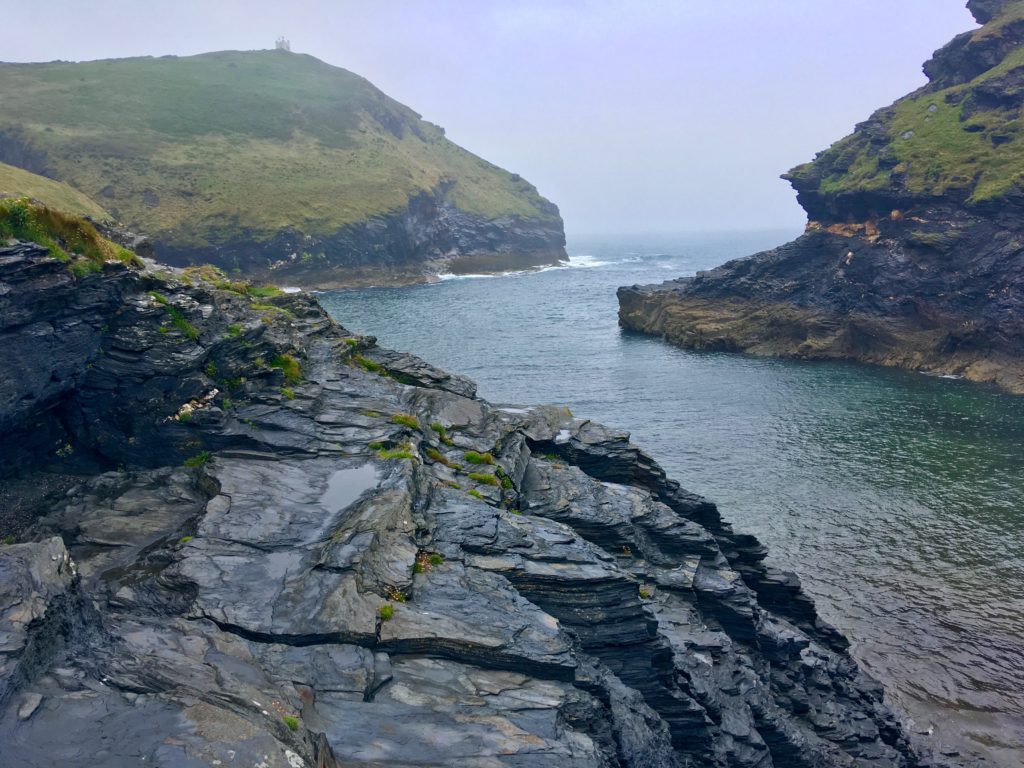 The harbour is managed by the National Trust and they not only have a shop and café but they also have cottages for rent. 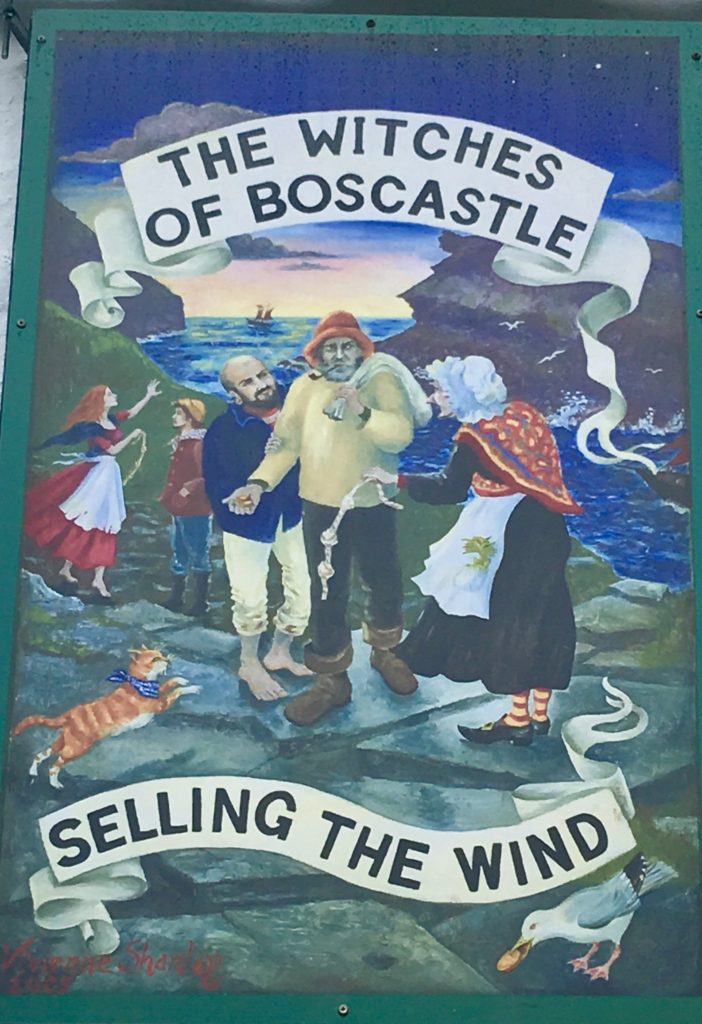 Since the 1960s Boscastle has been the home to the wonderful  Museum of Witchcraft and Magic. This place is packed full of creepy and dark objects that might frighten very young kids.

It is however a fascinating history of man’s fear of wise women, strong women, fertility and sisterhood. Or that is what I took away from it. There was so much to read and absorb inside that each visitor will find their own experience here. 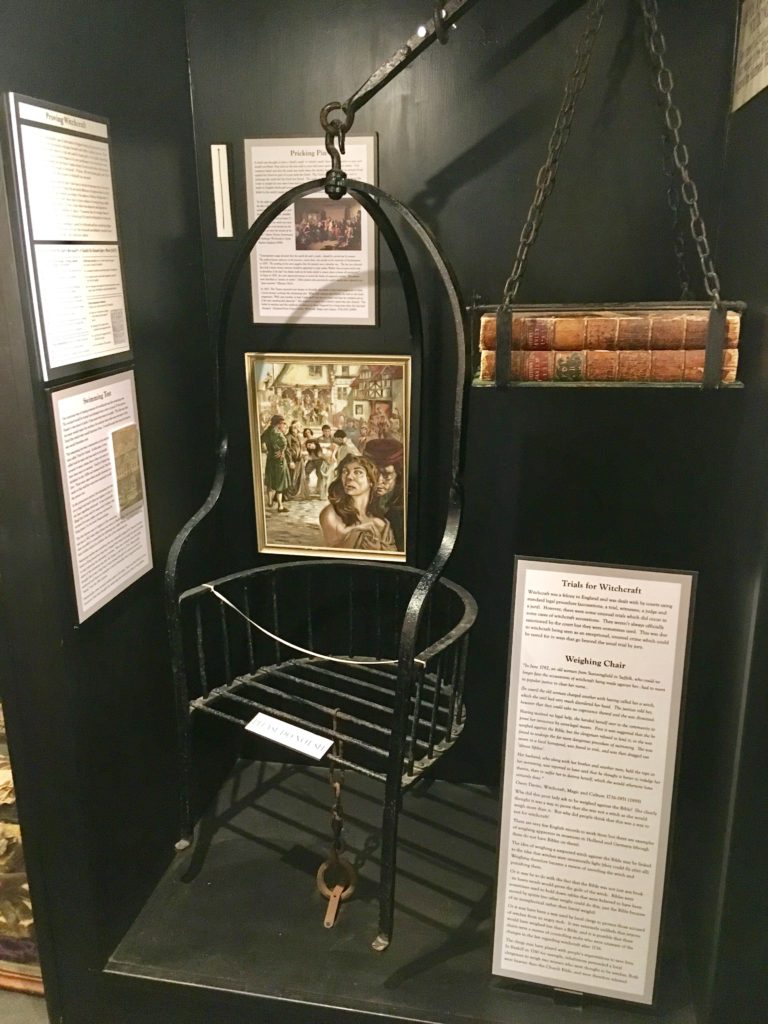 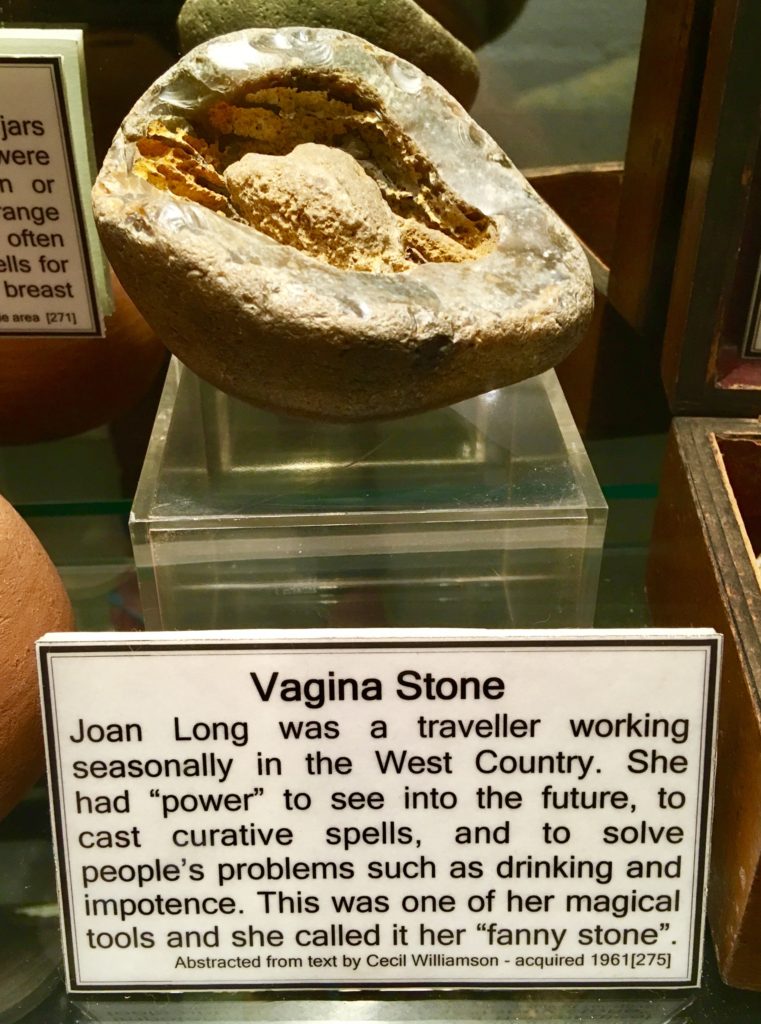 Being a resident of Hastings I’ve always had a mild curiosity around Aleister Crowley as he died in Hastings, only after leaving a curse on all residents of the town saying that they will never leave. In the museum they had recordings of him speaking in his rather high pitched 1920s voice. I was a bit freaked out too when he started chanting and toning with his voice in a fashion similar to my healing sounds. Though he will have intended his sounds for nefarious deeds I reassured myself that I have more magic and power in my voice than he did in his.

As part of the ever changing exhibition they now have this year a new poppets and pins section showing the many varied forms of what is commonly know as voodoo. it is however a tradition that is practised the world over and in both old and new ways. 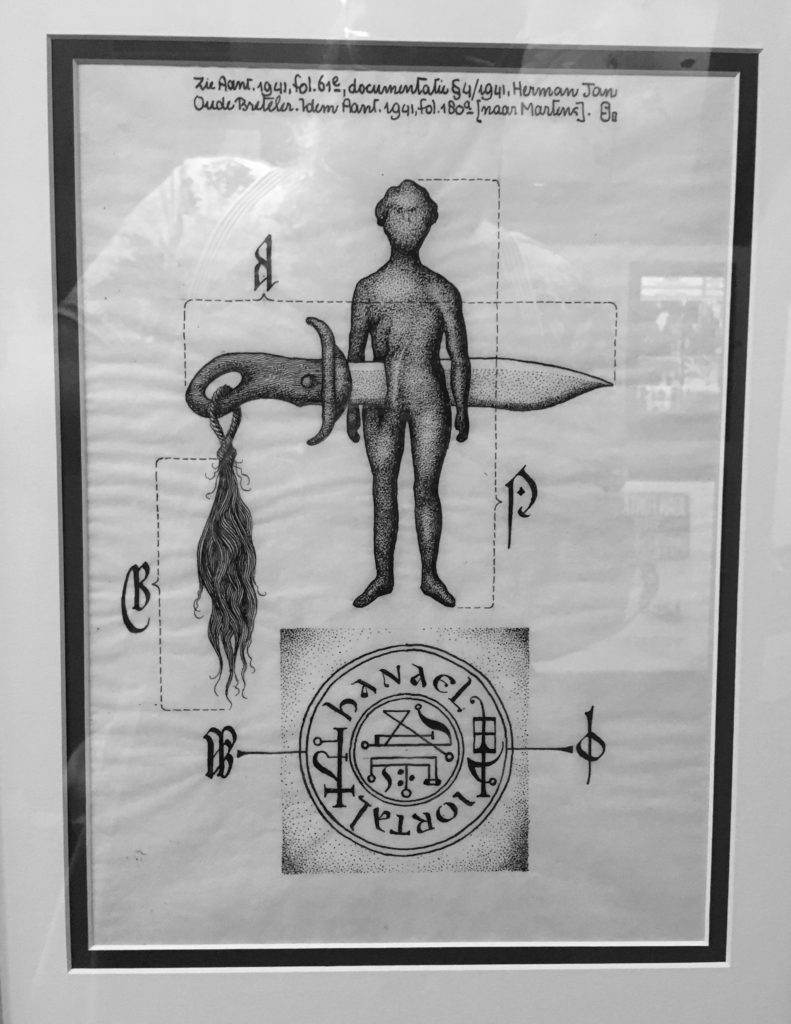 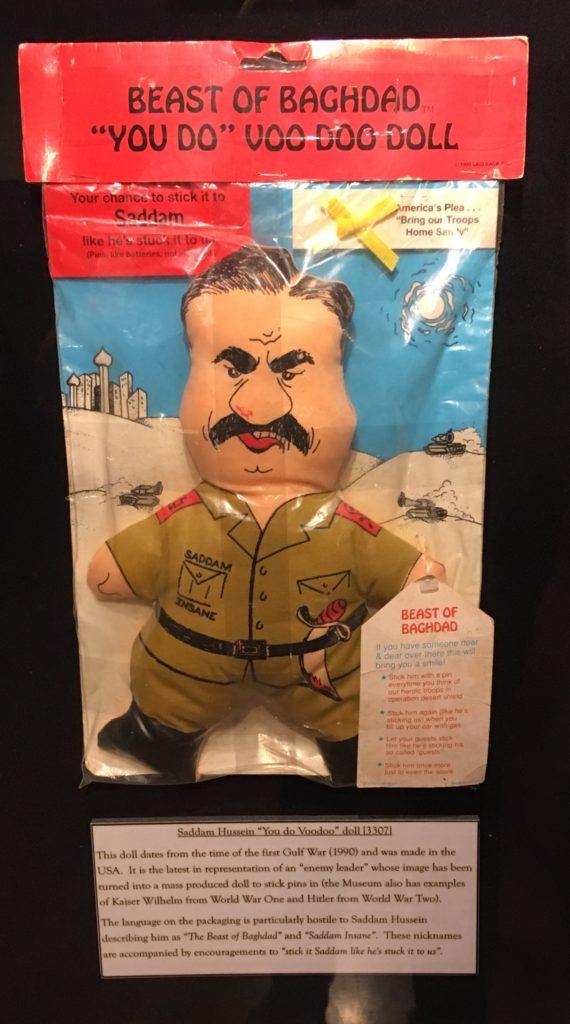 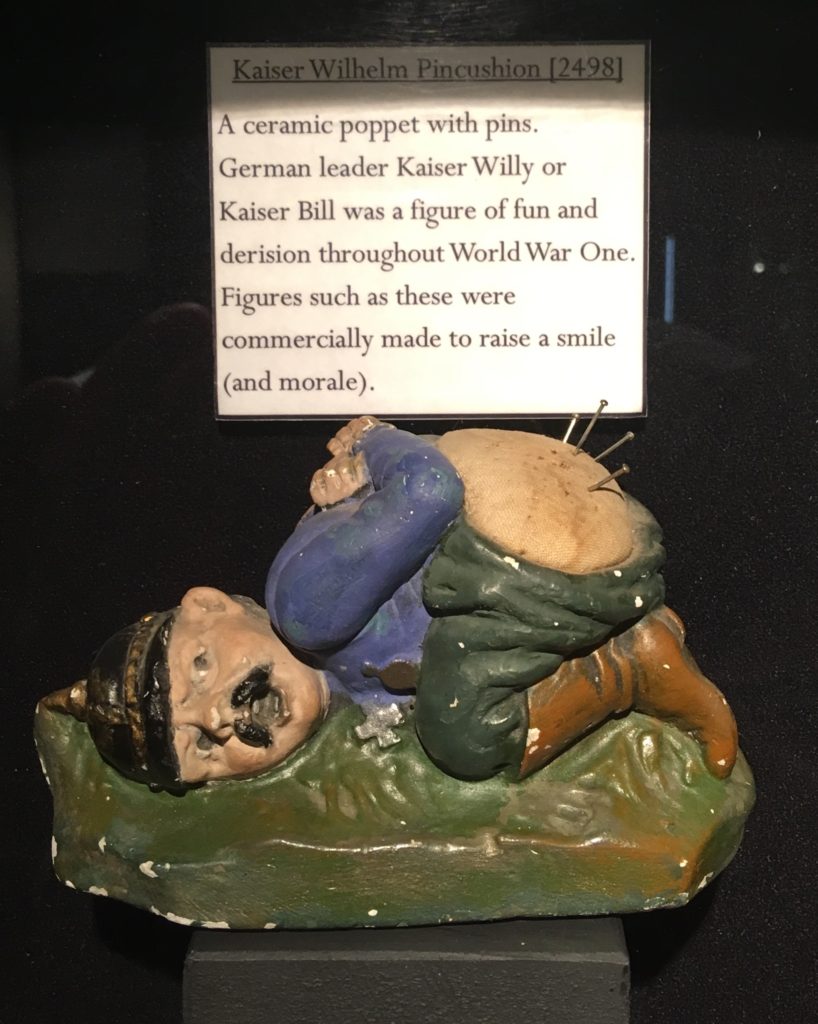 Outside at 3pm the museum had laid on a Midsummer moment of magic. All were invited to join in and dance together along with the bagpipe and drum to celebrate the sun and the abundance it brings to us all. It included the dunking in the river of a twig effigy of John the Baptist made by straw artist Gillian Nott. 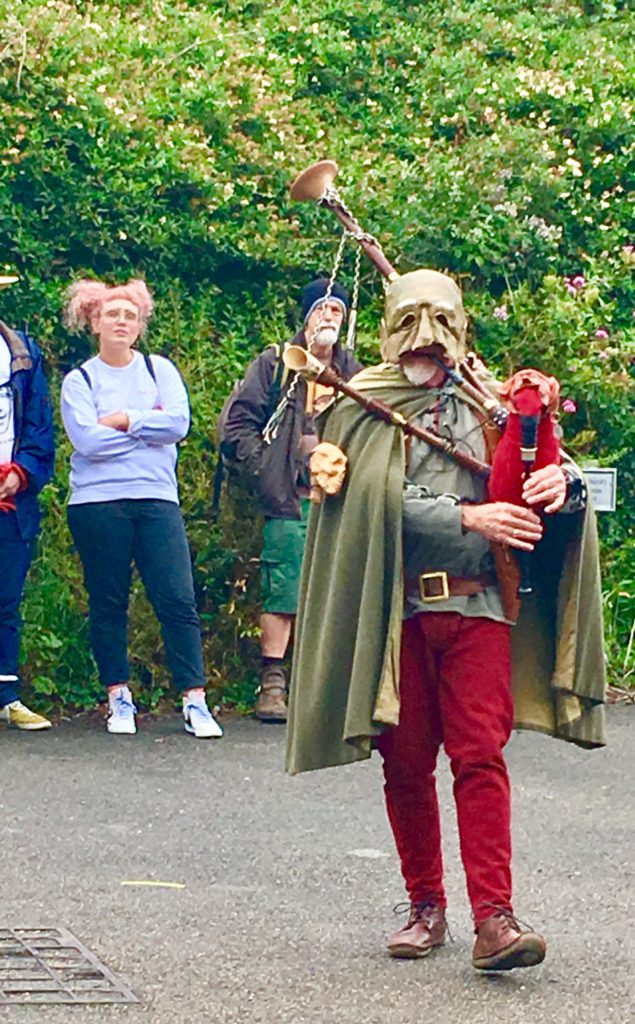 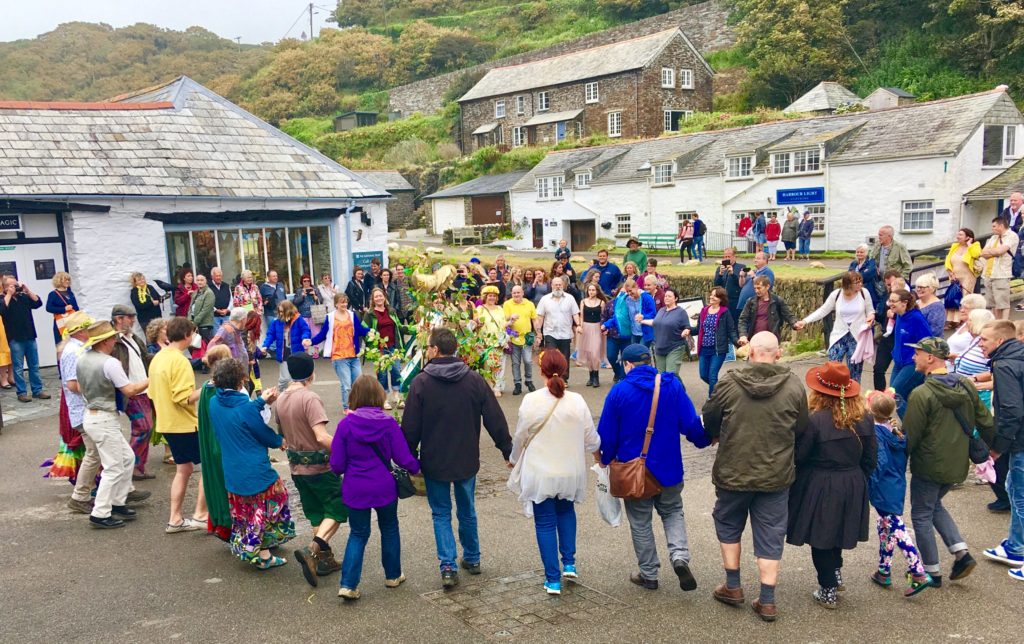 So Boscastle is a place or ramblers and walkers and shops that cater for them. EVERYONE wears sensible boots to get about in and they carry sticks to keep themselves stable and balanced. 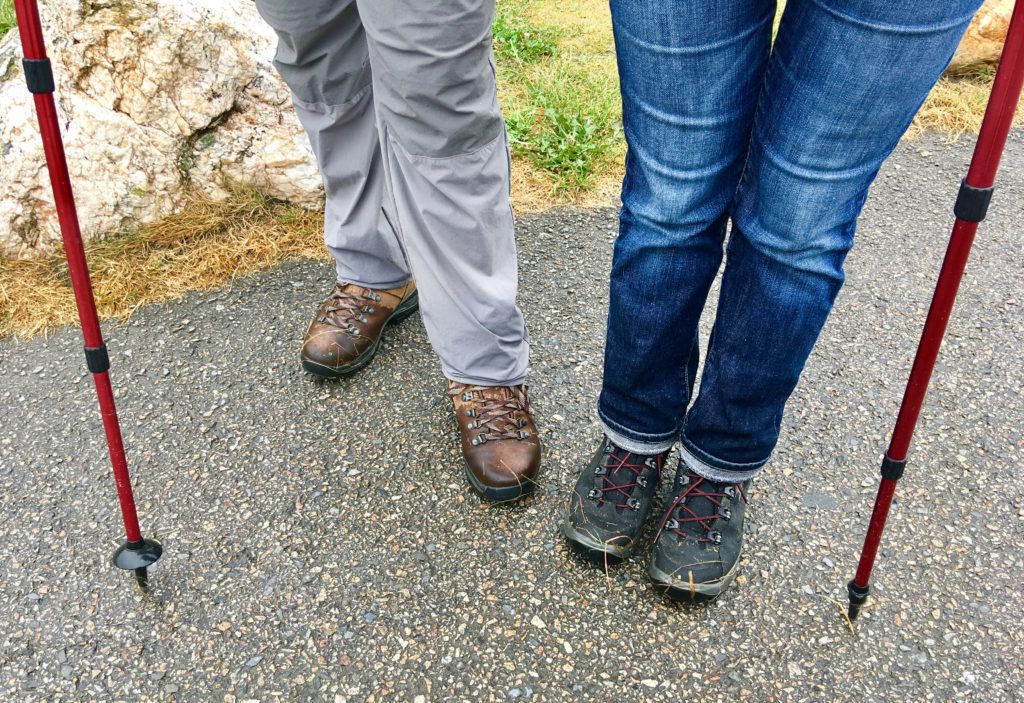 Unlike me in flip flops and just a t-shirt. No waterproof coat either! 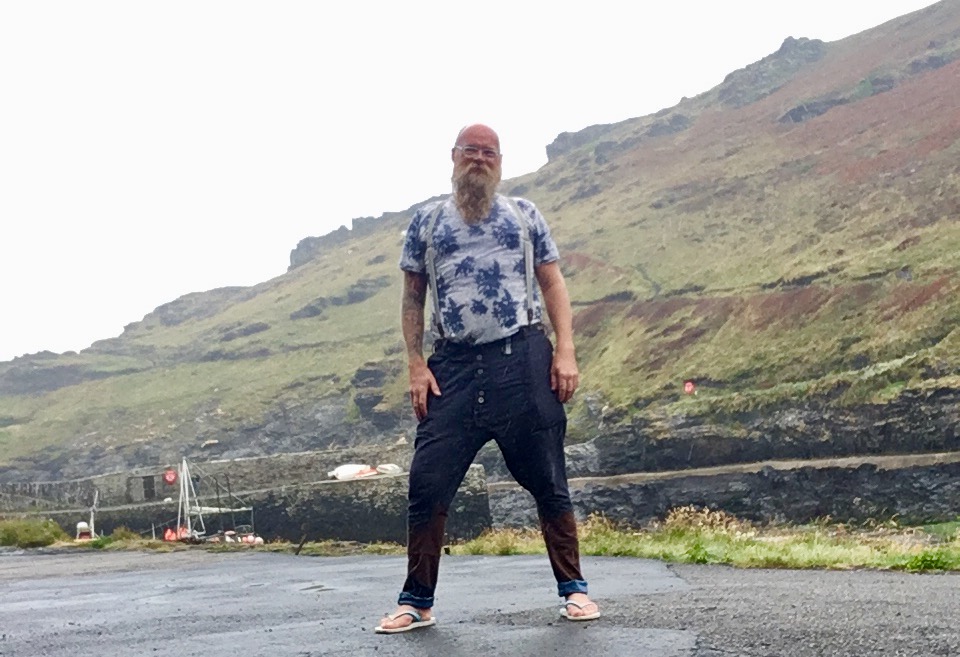 I guess like Mr. Crowley I am a exhibit from the museum too… 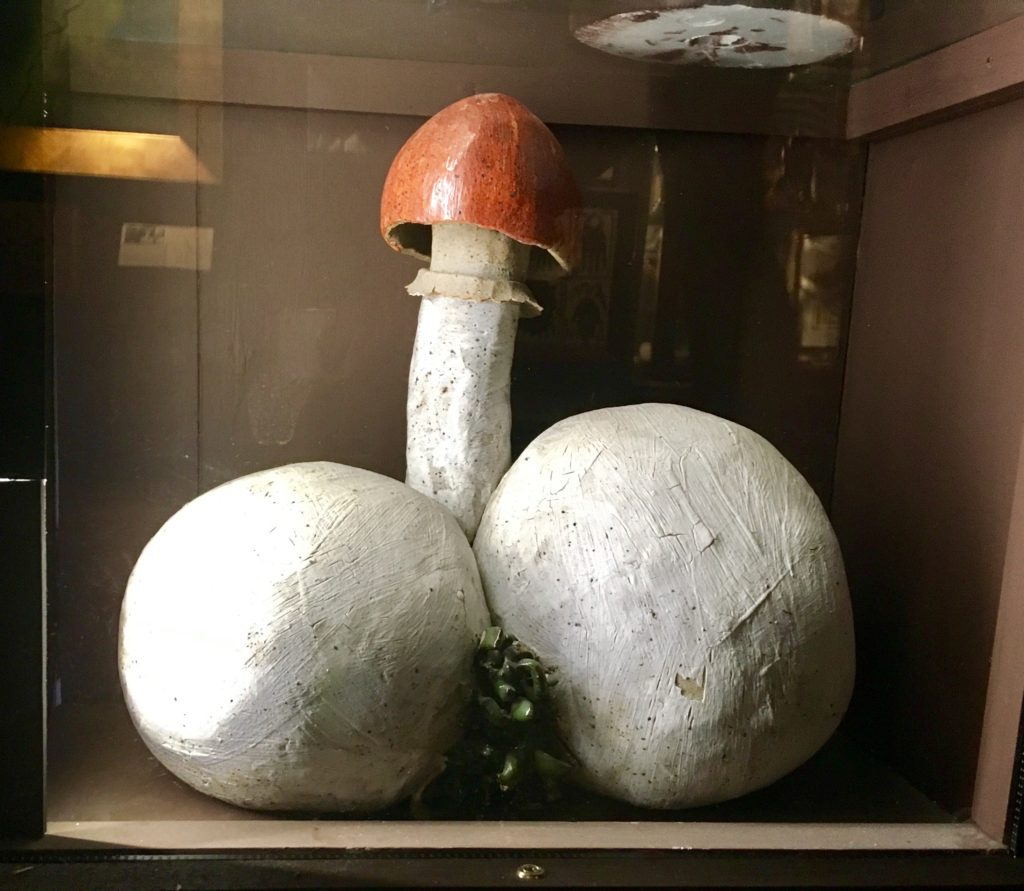