So I bought a soft-top Beetle on Thursday and decided to test it out by driving towards Cornwall. Wasn’t sure how far I’d get but the plan was to head for Merlin territory. I made it all the way to Tintagel on the very edge of the Arthurian world and the place of the legendary King’s conception through deception. 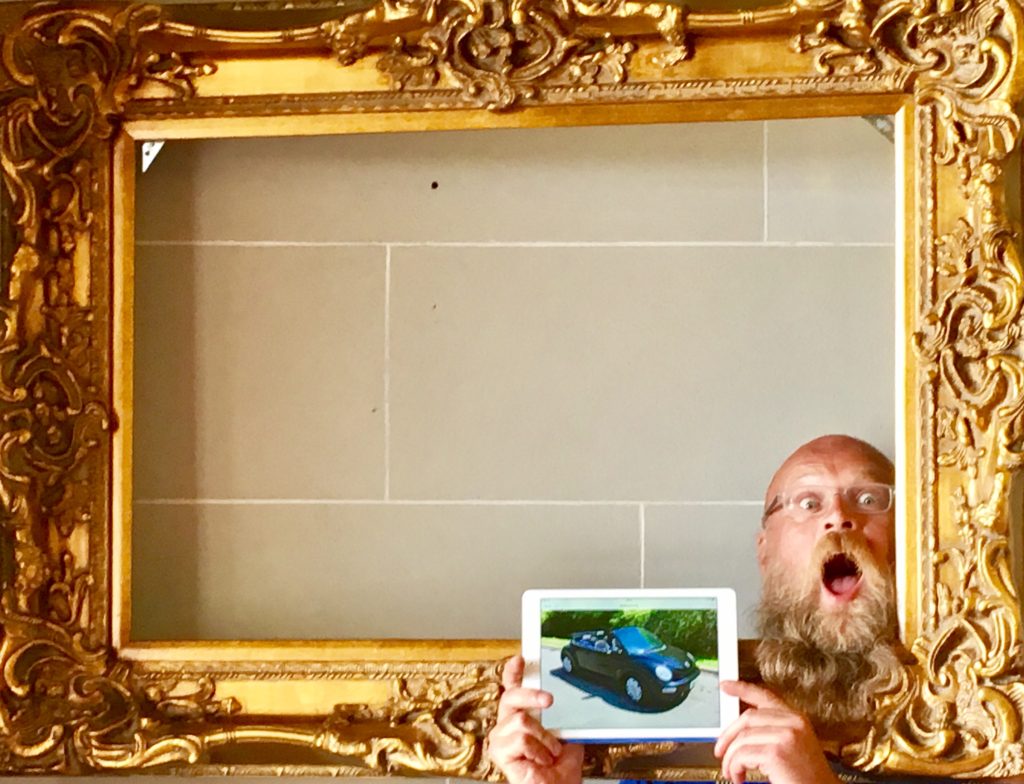 The entire village is geared up for tourists with pubs, cafés, grills, restaurants, gift shops, fudge shops, pasty parlours, potteries and accommodations that all bear names from the tales of Avalon or the boy king, his knights, his sword or his wizard in chief. The village is totally charming and the English Heritage managed headland is absorbing. Until the late Victorian period only the headland was known as Tintagel. The village was Trevana until the Post Office romanticised it like the myths too at the same time.

It’s not just the castle and the legend of Arthur but also the tale of Tristan and Iseult  (Isolde). However it’s not the tale of the Wagner opera with a tragic funeral pyre and Liebestod soaring into the stratospheres of high art. In fact the very first part of the Cornish myth kinda knocks the greatest love story mantel off the perch from the start. They fall in love accidentally after they drink a love potion. Not exactly true soul connecting romance. 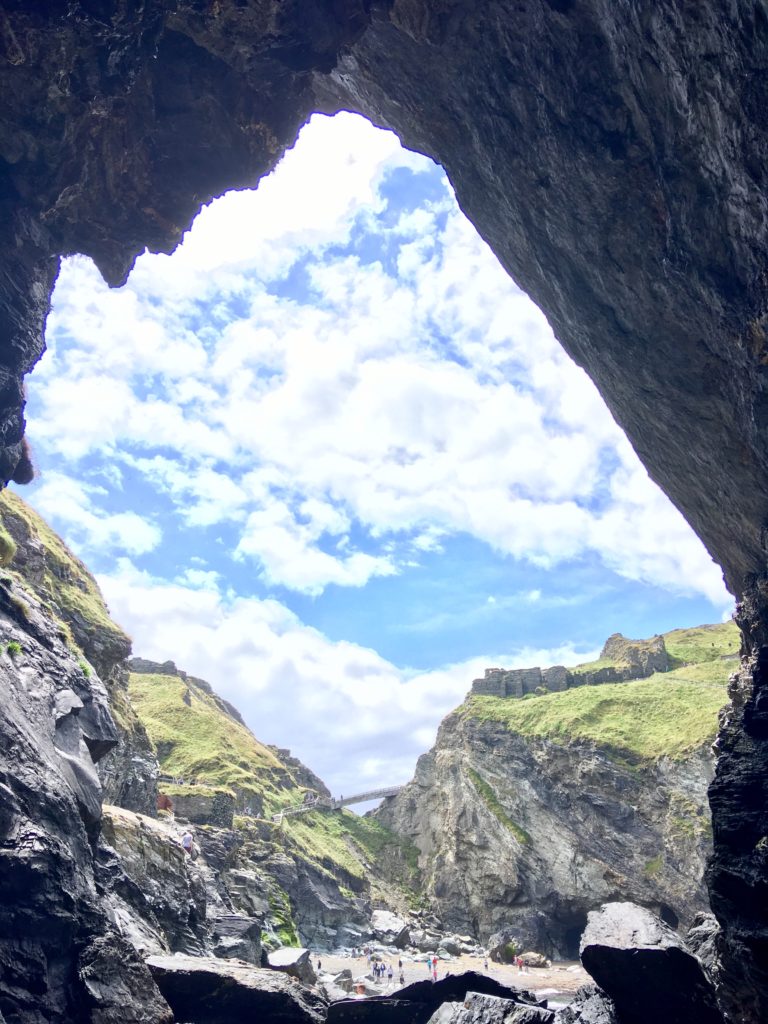 So Tintagel castle was one of the largest roman settlements around due to the high steeped hills and the ease with which the harbour could be protected. During excavations in the 1930s roman pottery and artefacts were uncovered. The area was after all built on rocks with tin and silver  underneath it. 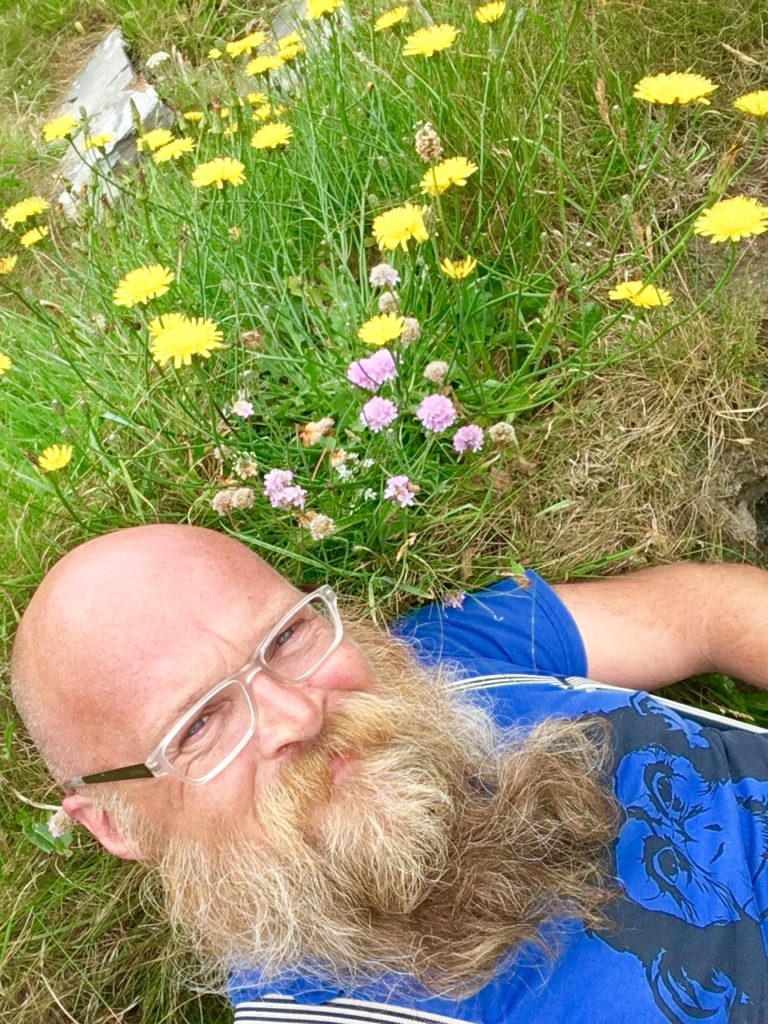 Sitting in the foundations of any of the many dwellings surrounded by waving wild flowers and sapphire blue water gently crashing below you can easily imagine life there 2000 plus years ago. 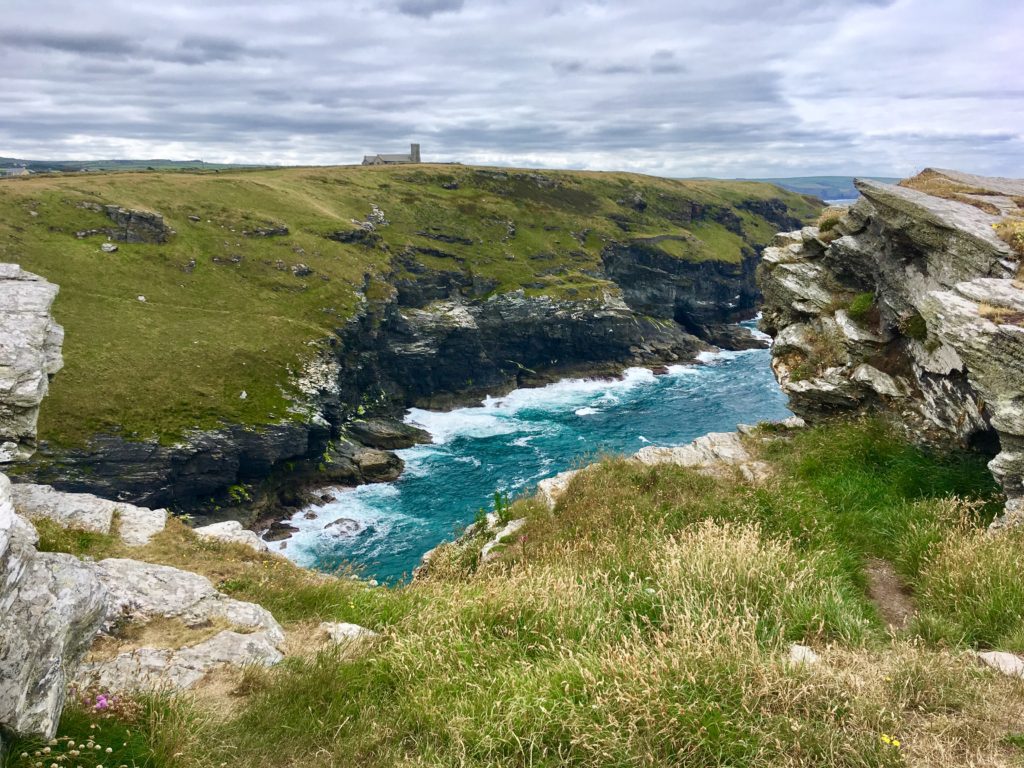 It’s totally charming and the vistas from all sides are extremely inspiring. be prepared for much leg work to descend to the bottom of the vale or the beach and then to climb the many many steps to all of the settlements view points. 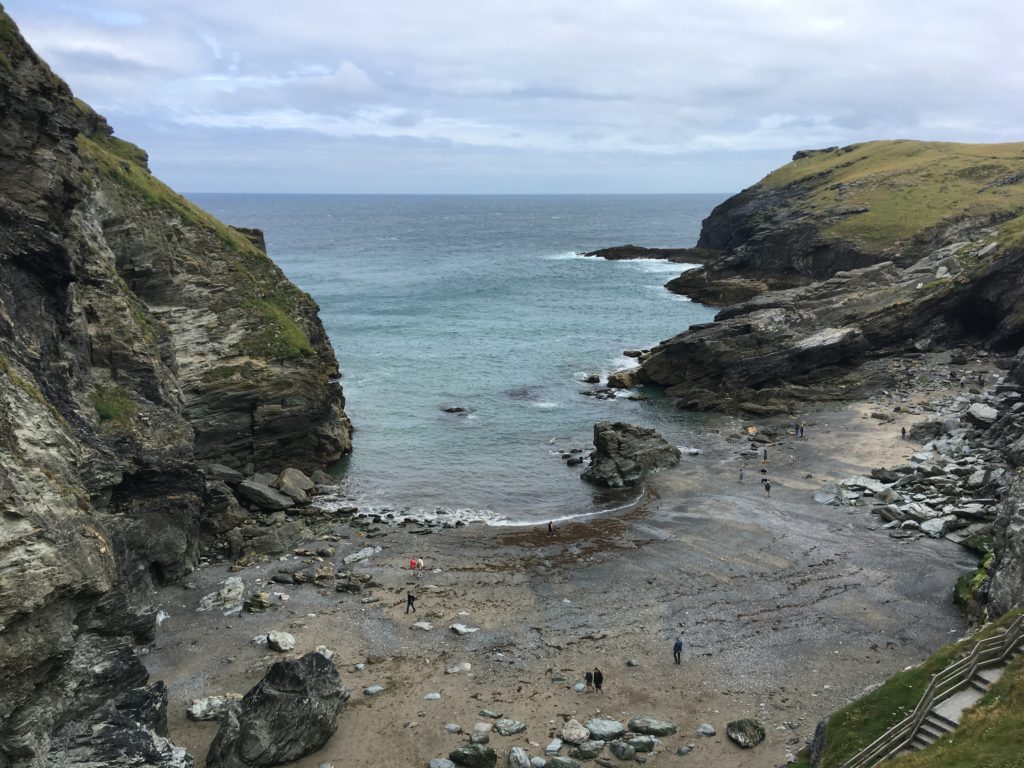 The beach cove is enclosed and cliff fallen rocks embedded in the grey, black, silver sand. 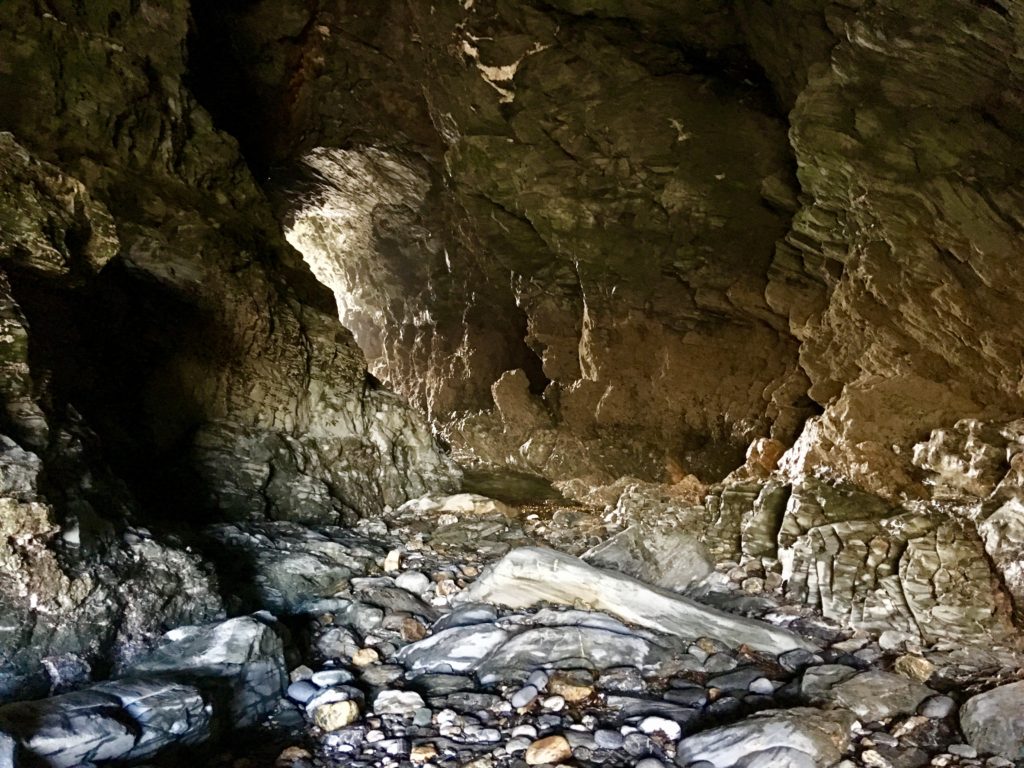 Caves cut through the base of the rocks on which the relics sit creating complete tunnels that fill with seawater at high tide. The thin rocky ridge that joined the headland to the mainland has long since been claimed by the sea. Now tourists cross bridges and clamber up and down the irregular slate steps. 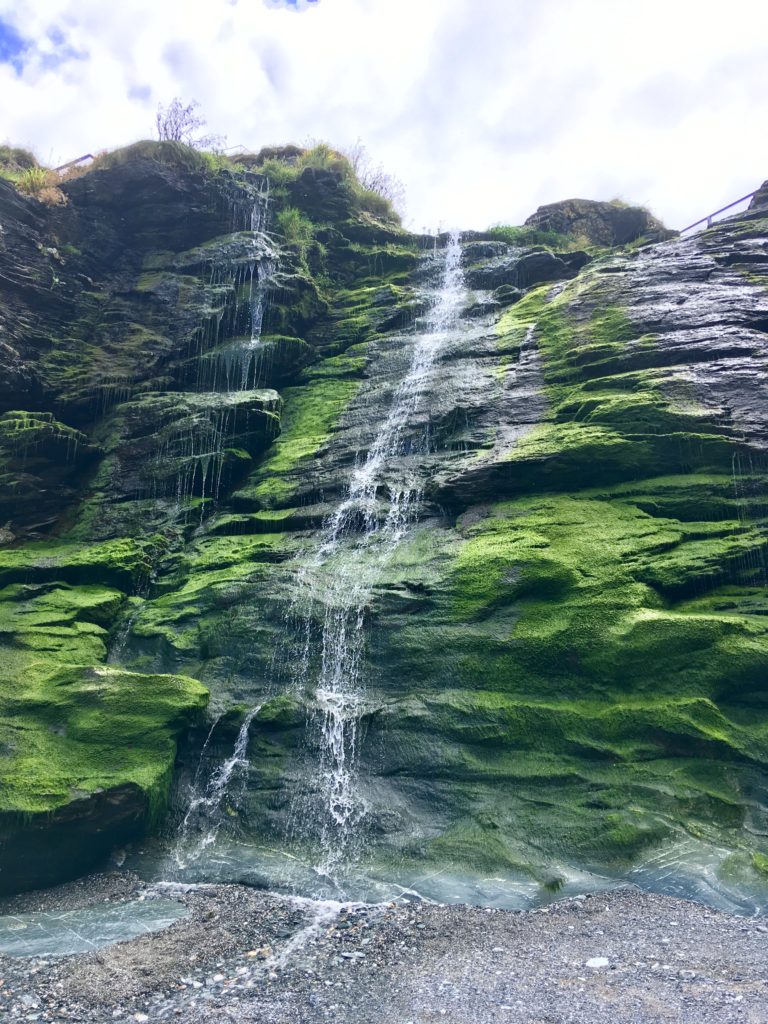 Water cascades to the beach from the crags above. Elsewhere wet slopes feed rock pools below them. 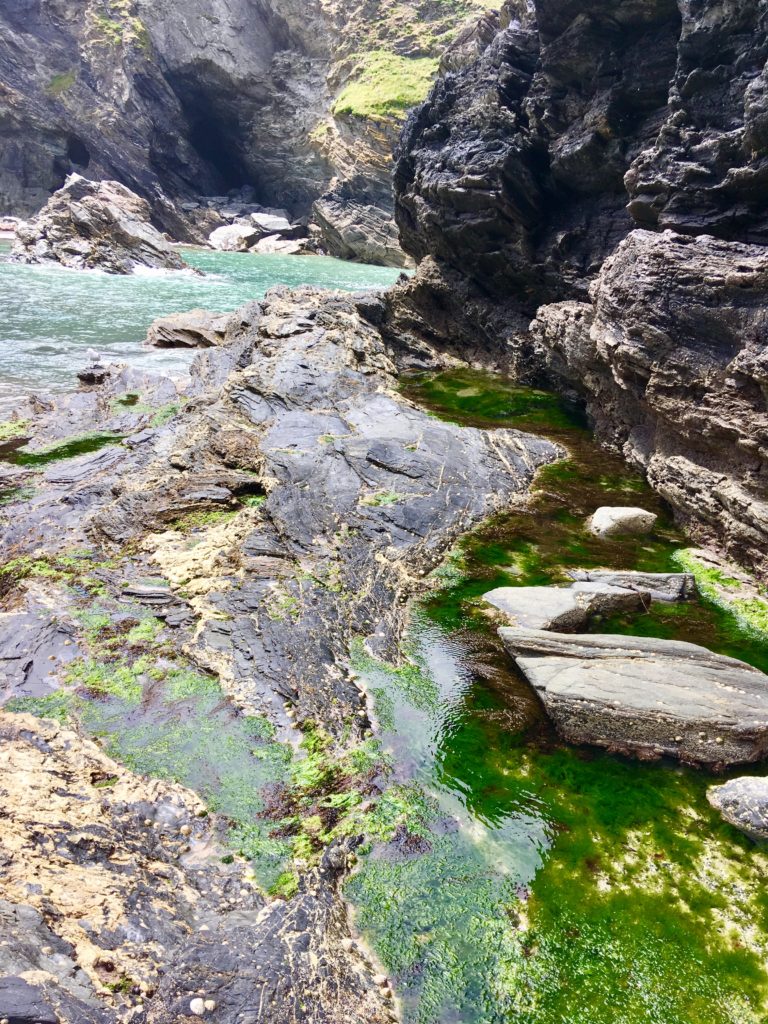 The rather “non-black” sheep of the family…