So I crossed the River Tamar and Cornwall became Devon. Time to switch the order of cream and jam on scones or be damned. 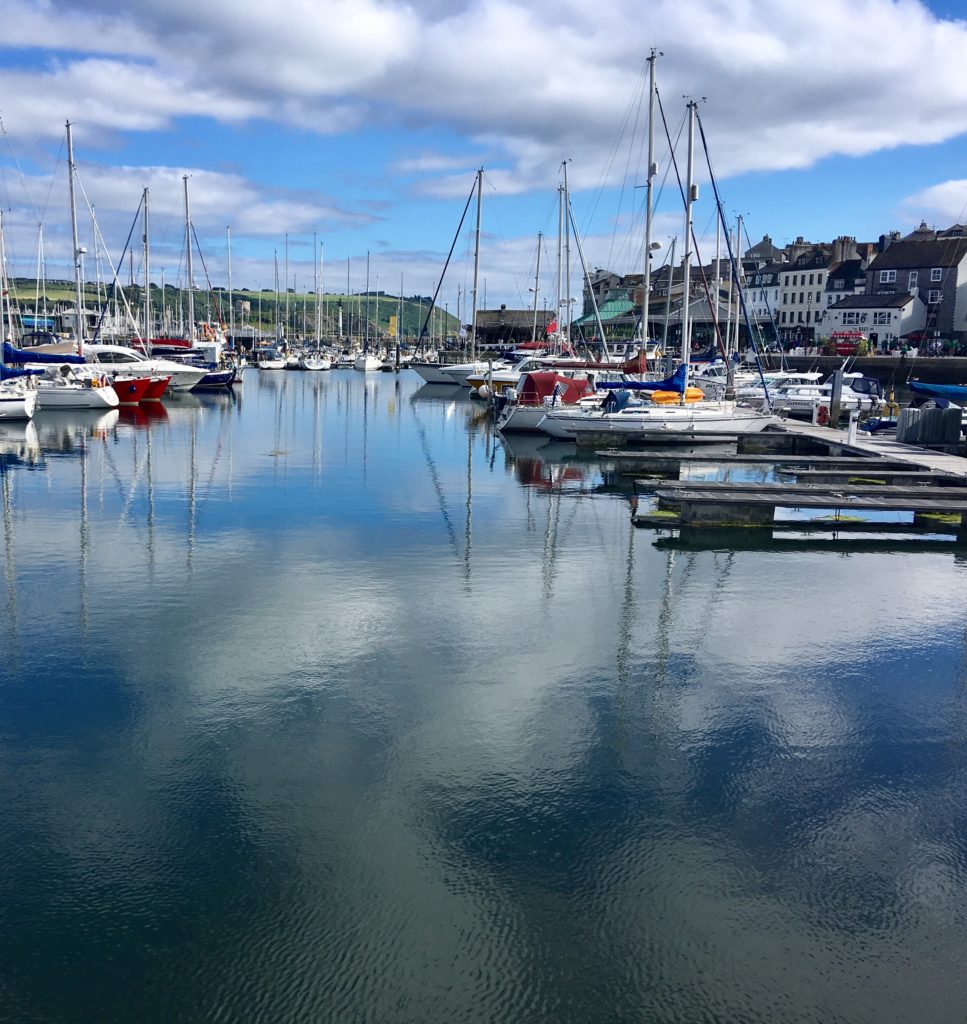 Plymouth is the Britain’s Ocean City and it is so rich in history that I can only just begin to scratch the surface. Cobbled streets abound and the area around the docks leading to the Barbican area is bursting at the seams with gems of nation creation. From this spot centuries ago, boats left the harbour heading across the world to found new countries that have become huge and wonderful countries. It would be easy to miss the very important plaques that tell of the setting sail from Plymouth to Australia, New Zealand and America. Note that some setting sail had no choice, they were convicts who were forced onto transport ships. 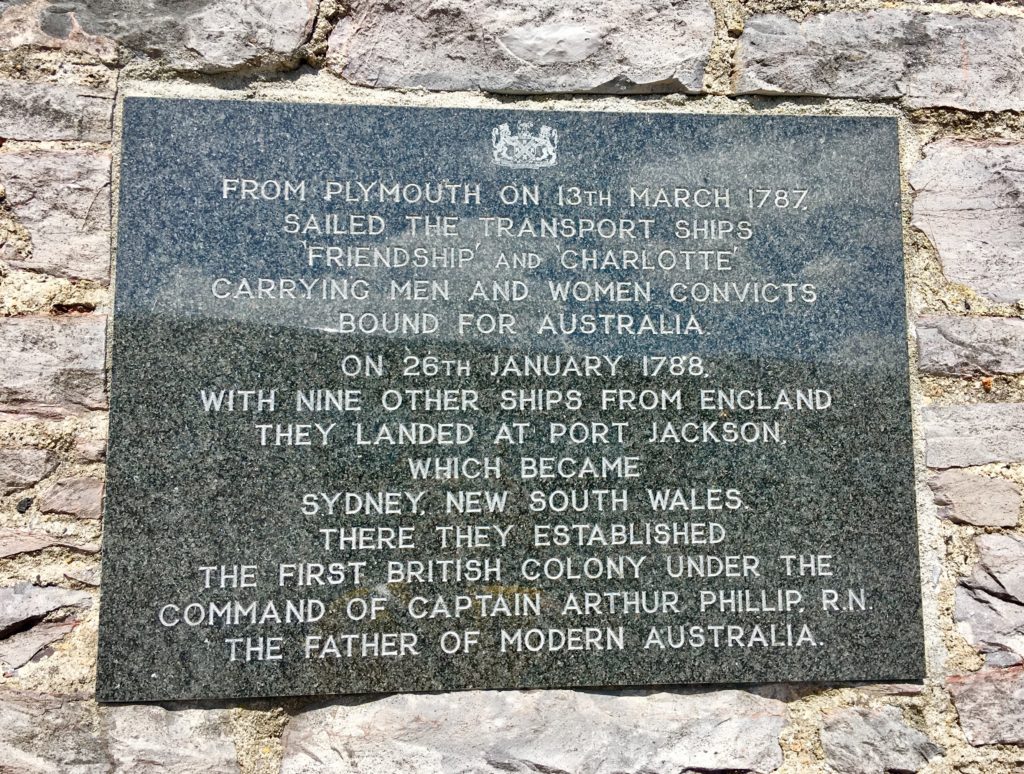 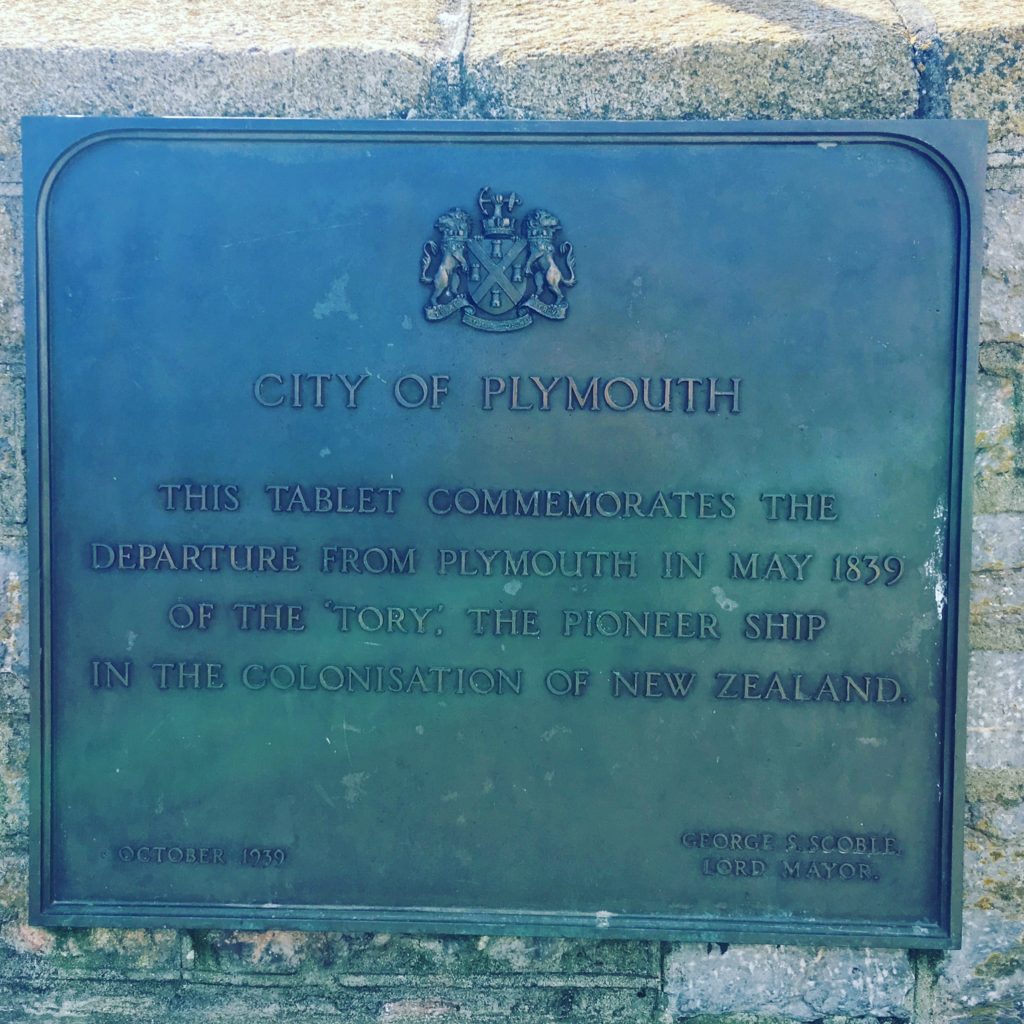 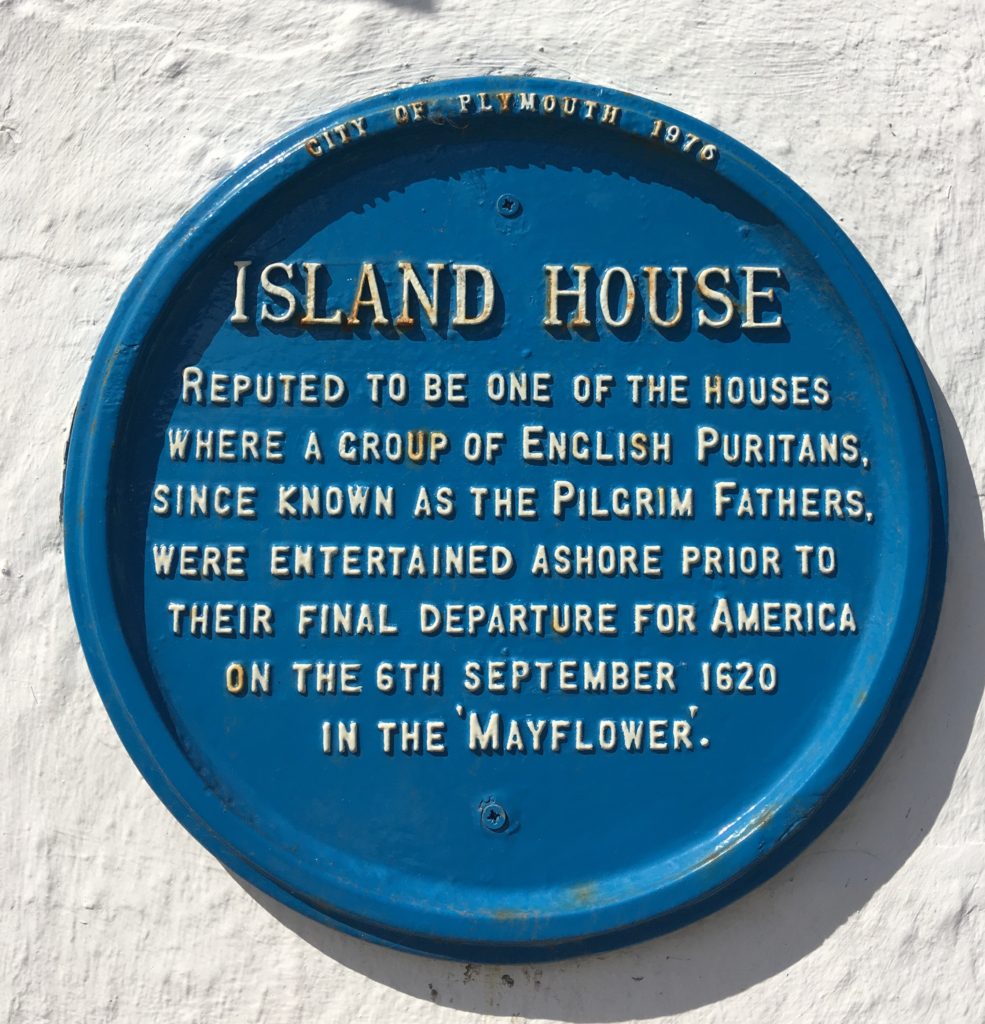 Here is a building visited by the pilgrim fathers and mothers for their final meal before heading across the Atlantic to colonise the new world. The names of all the passengers are also listed on the side of Island House now Pilgrims Ice Cream Shop. 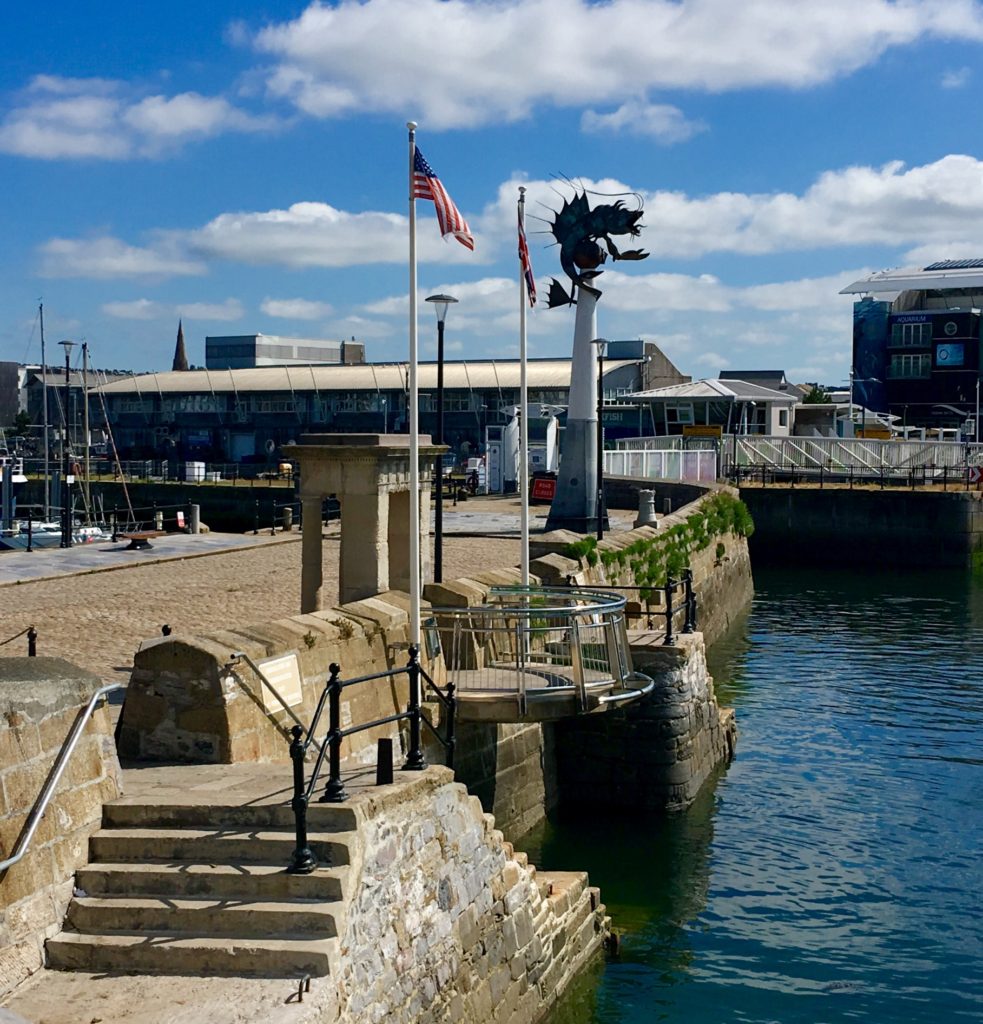 The real steps are believed to be in the ladies toilet inside the Admiral MacBride pub. Just to the left of the pub is the old harbour wall where there are plaques to the many boats and their crews lost at sea. Very moving. 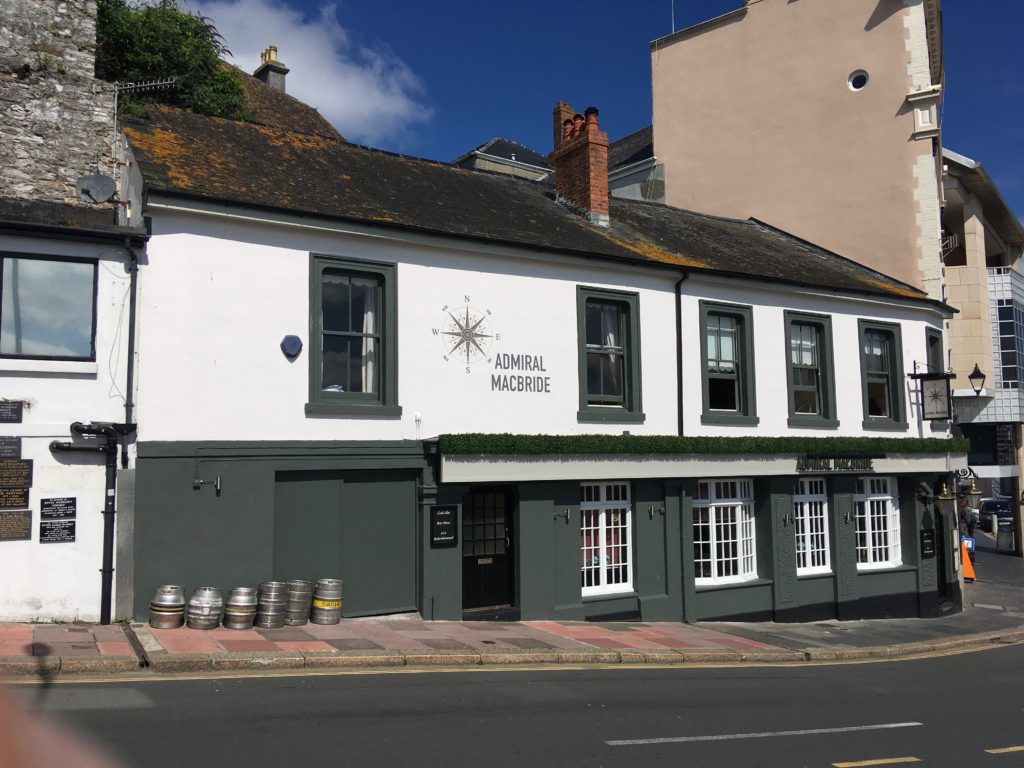 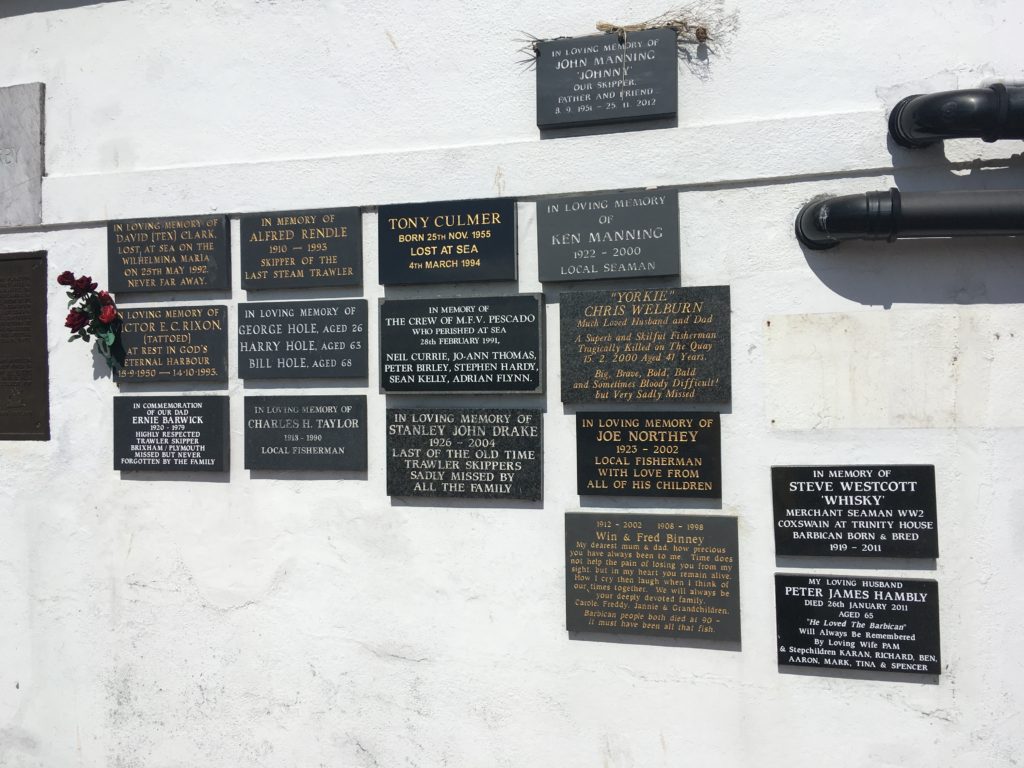 A very famous sailor buried at sea off the coast of Panama in his suit of armour and a lead coffin was Sir Francis Drake. His many antics are famous, as he sailed the world intercepting Spanish ships and stealing their treasures. When he returned to England he had the largest bounty ever seen of gold, silver and jewels he had stolen from the Spanish. This was eventually taken to London to be given to Queen Elizabeth’s Treasury and was believe to be the only reason he kept his head. 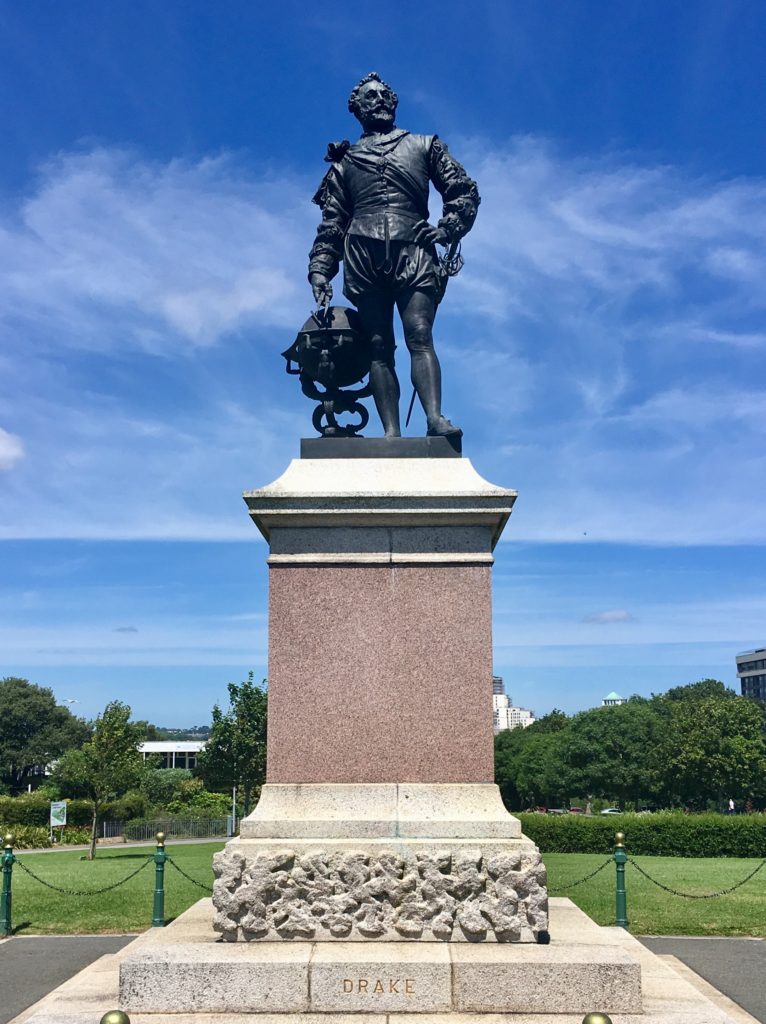 While history tends to focus the argument over whether he was a pirate or a privateer it ought to be remembered that he started his life as a slave trader with his cousin John Hawkins. History is never a clean tale and while his ability as a navel commander was immensely important in the defeating of the Armada and the sacking of Cadiz, he was also accused of many dark deeds. The Spanish believed he was using witchcraft or was in league with the devil. It was believed he possessed a magic mirror that showed him where the Spanish ships were. Drake’s statue stands looking out to sea high of the hill at Plymouth Hoe. Below here is Plymouth Sound with its terrace row of buildings that float along the edge of the ocean. There is also here the beautiful and still open Tinside Lido that spills into the Atlantic. 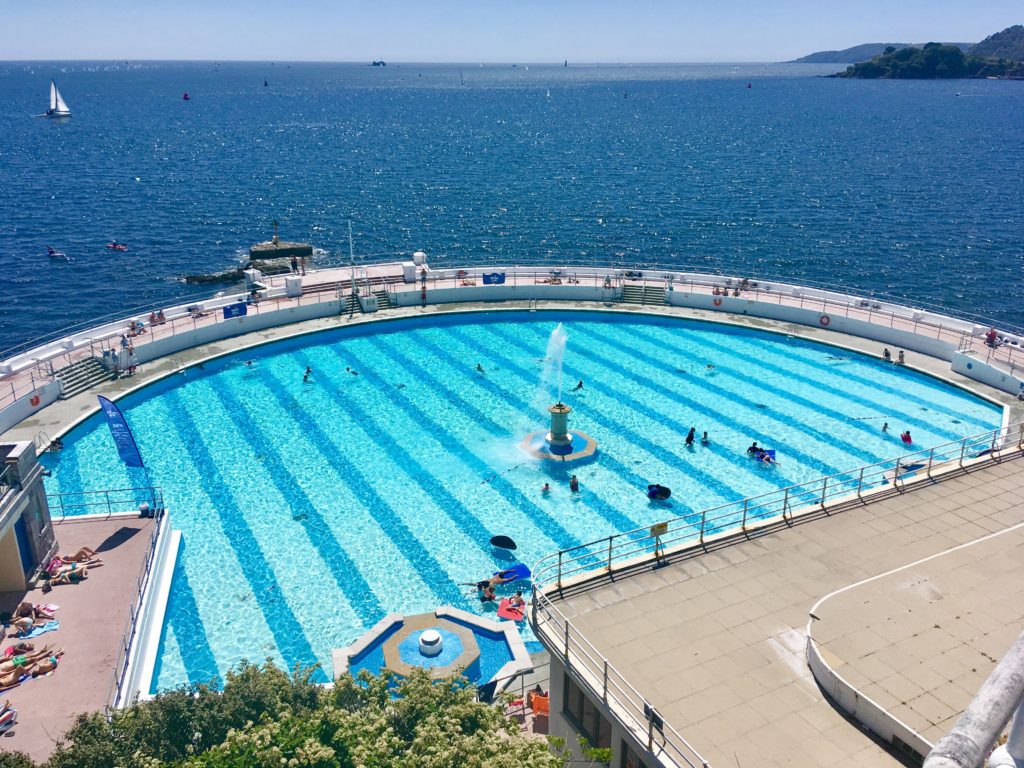 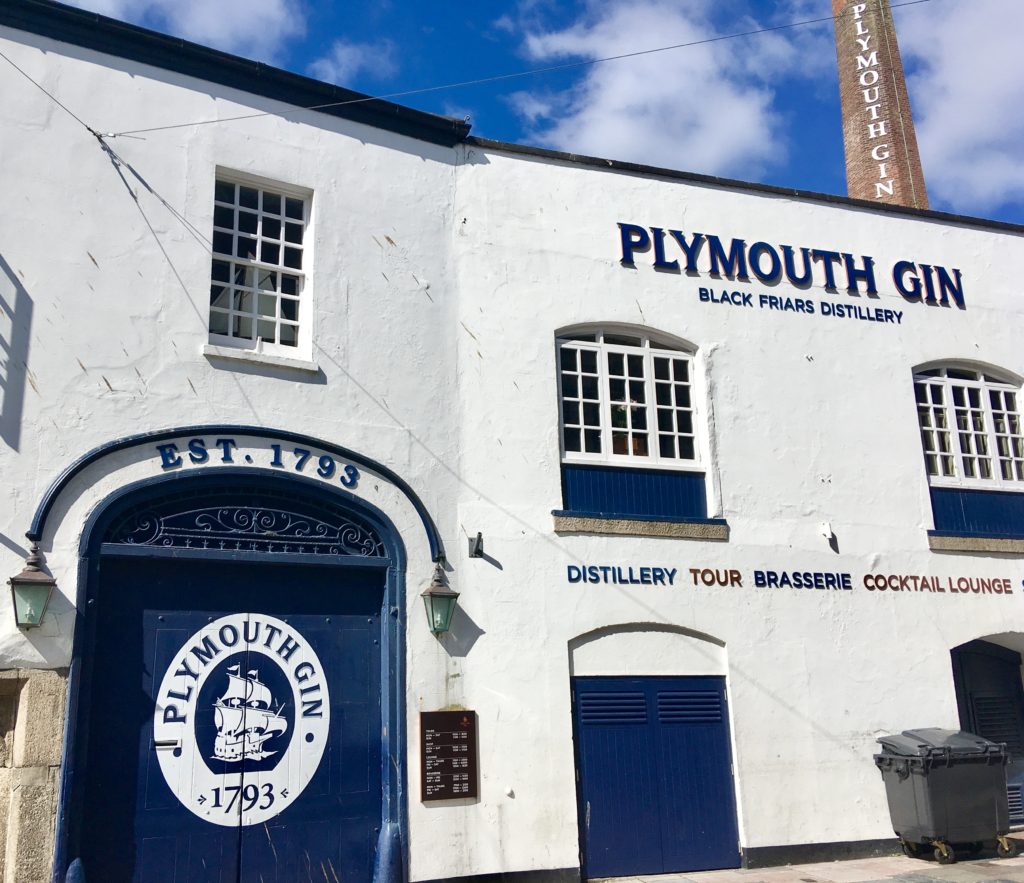 Plymouth is also famous for its gin that has been distilled on this sight since 1793 and tours of the Plymouth Gin facility are available daily. Go easy on the tasting if you’re walking along the dockside after your visit. 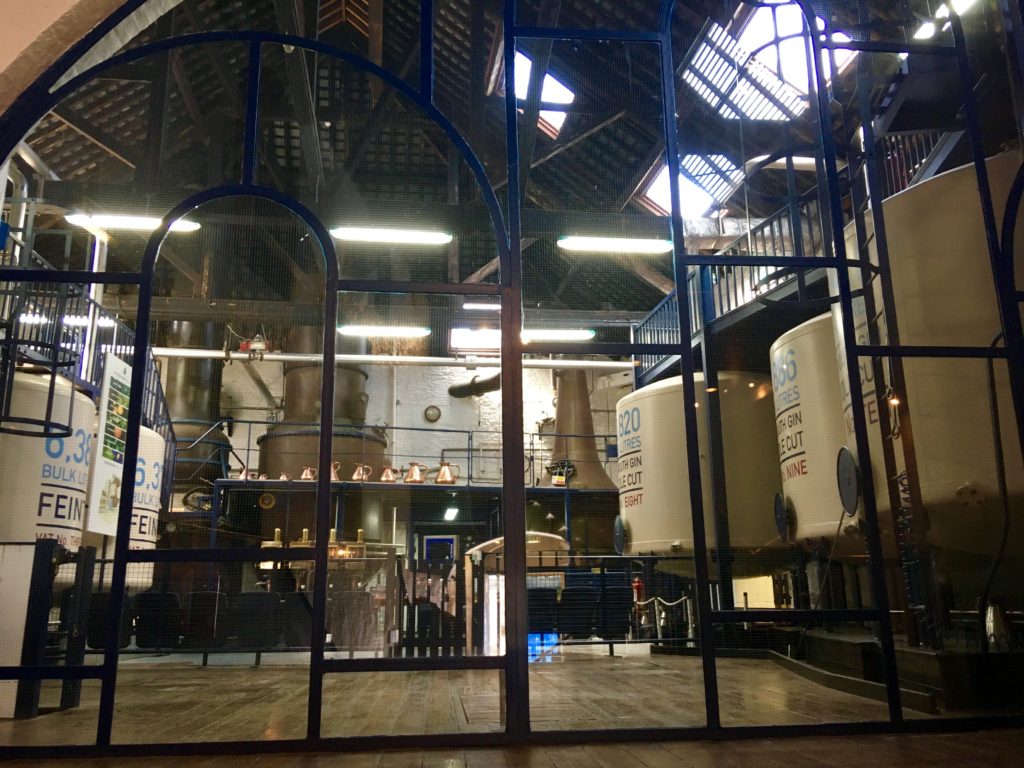 All that gin left me feeling a tad ropey. 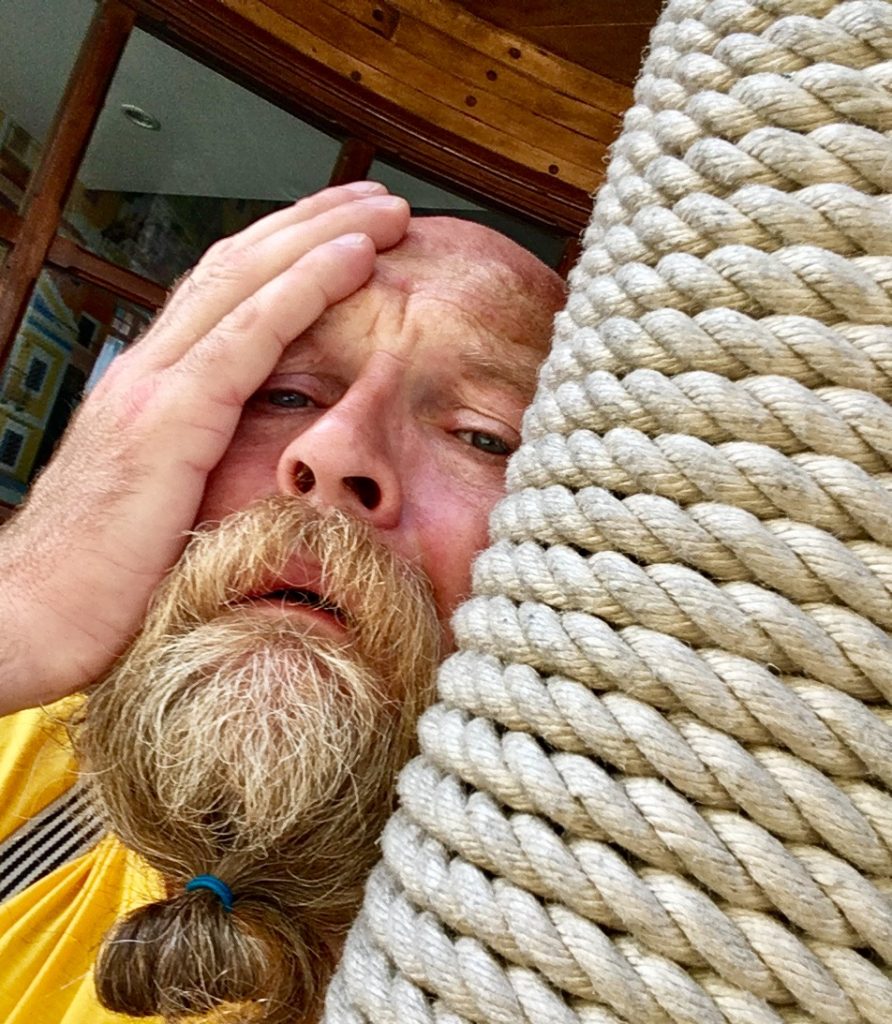 This ecclesiastical erection filled me with Ruinenlust with its deco flanked wings of the new  Drake Circus shopping centre. 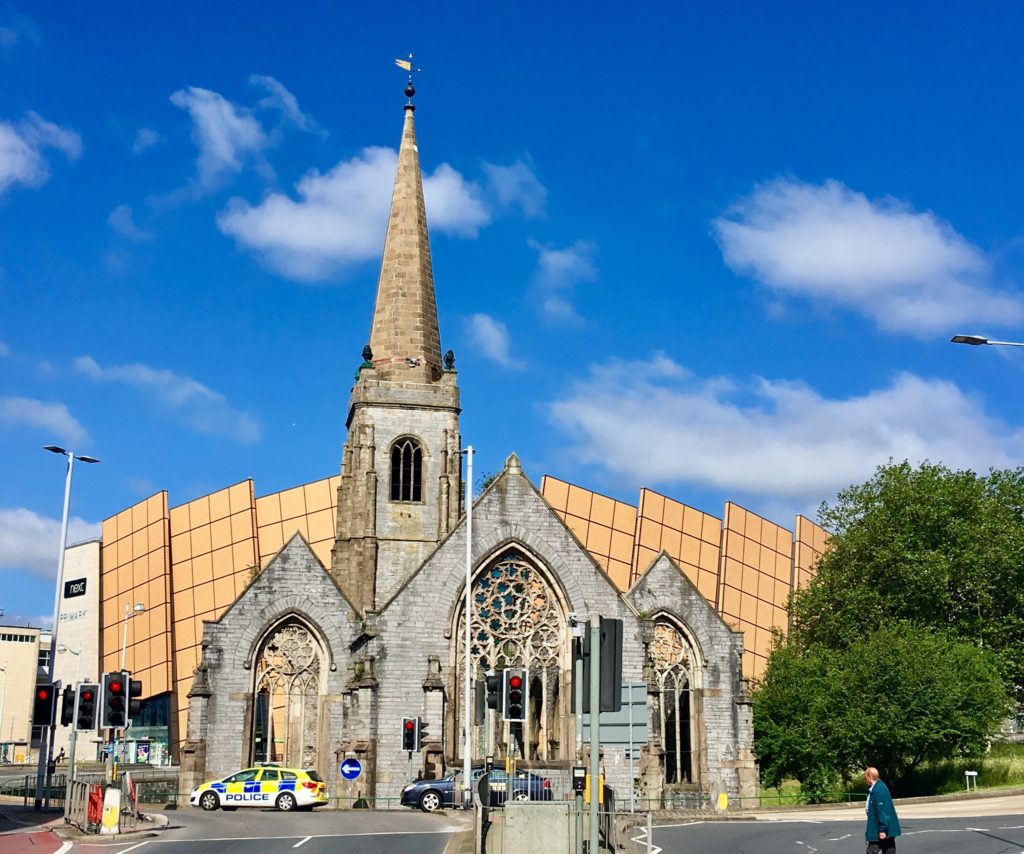 Recently added to the huge and very spacious shopping streets created in the 1960s that have a soviet DDR feel to them. The avenues of shops are so vast and so wide but there is a charm to them that I loved. No pushing through the crowds to shop here. 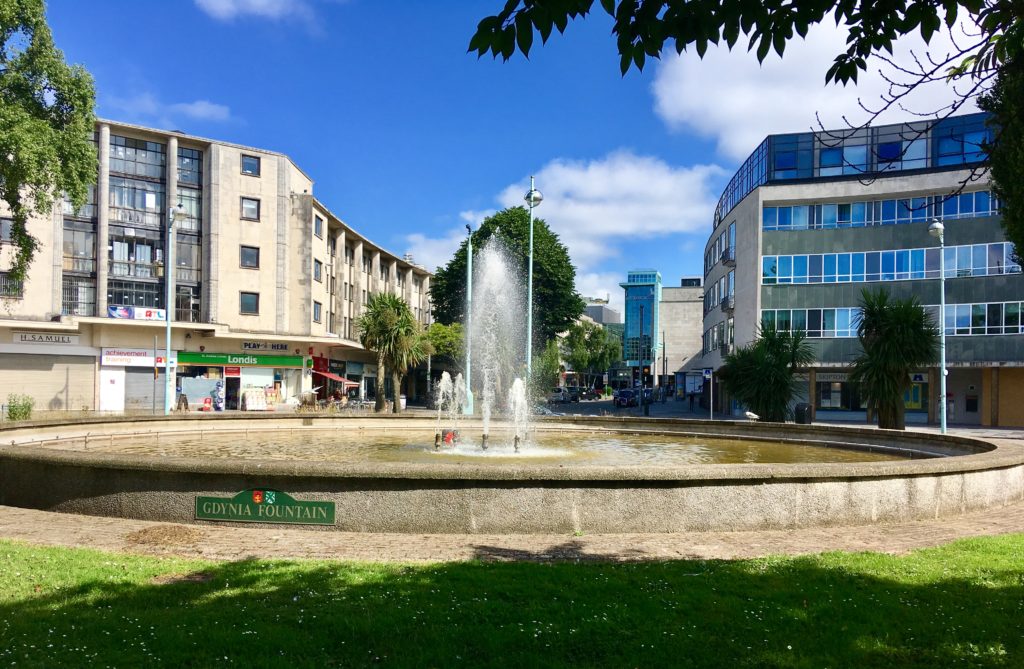 It wasn’t long before I was back to my usual chipper self. Its not the gin making me red faced, it’s the sun! Honest. 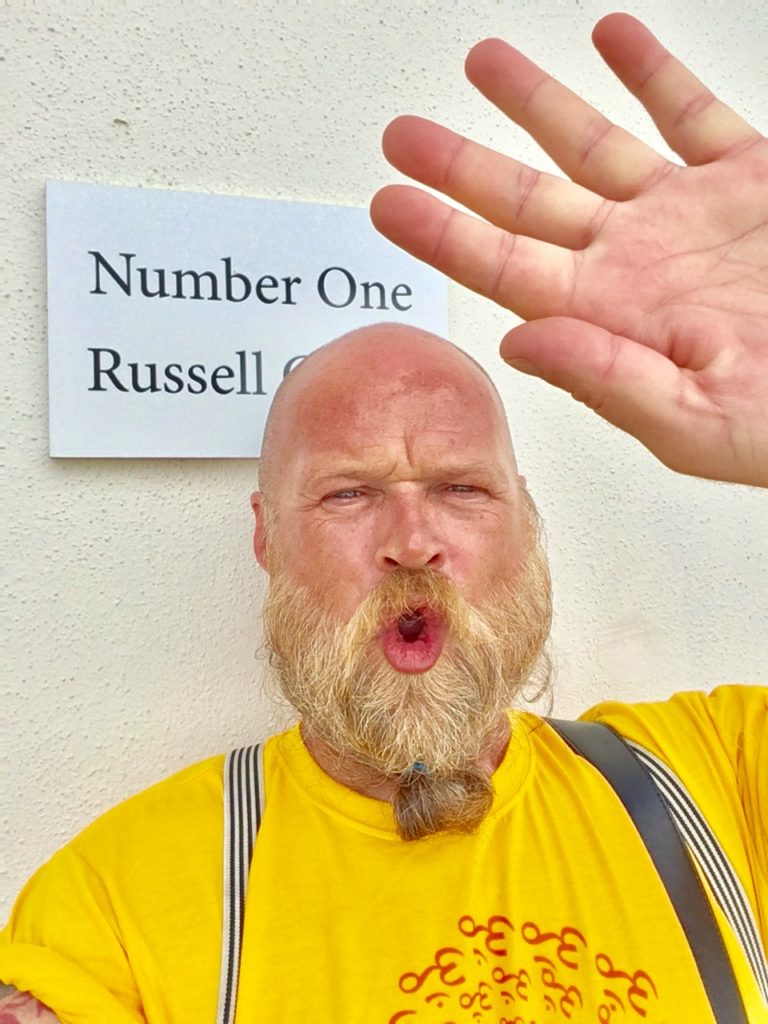 Lastly I had to include this war memorial statue. Even the sailor below looks concerned at the statue’s action as he stabs an eagle. Is it a Prussian eagle? I did wonder and asked many people if they knew but nobody had a solution. If you know please send me the answer. 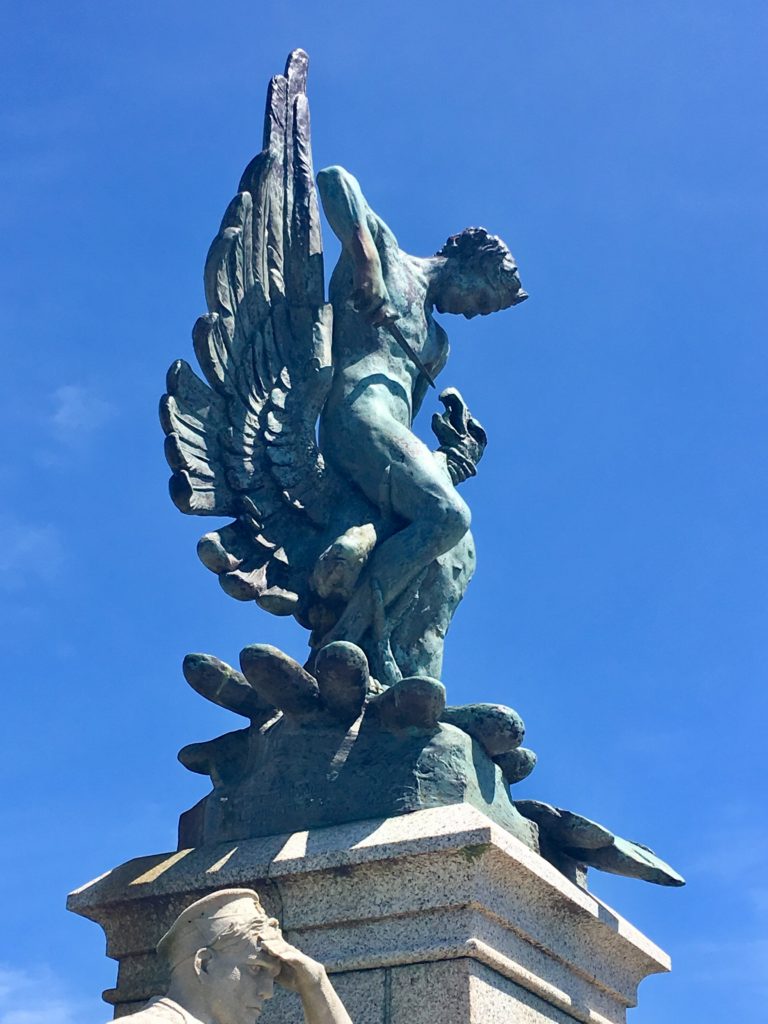