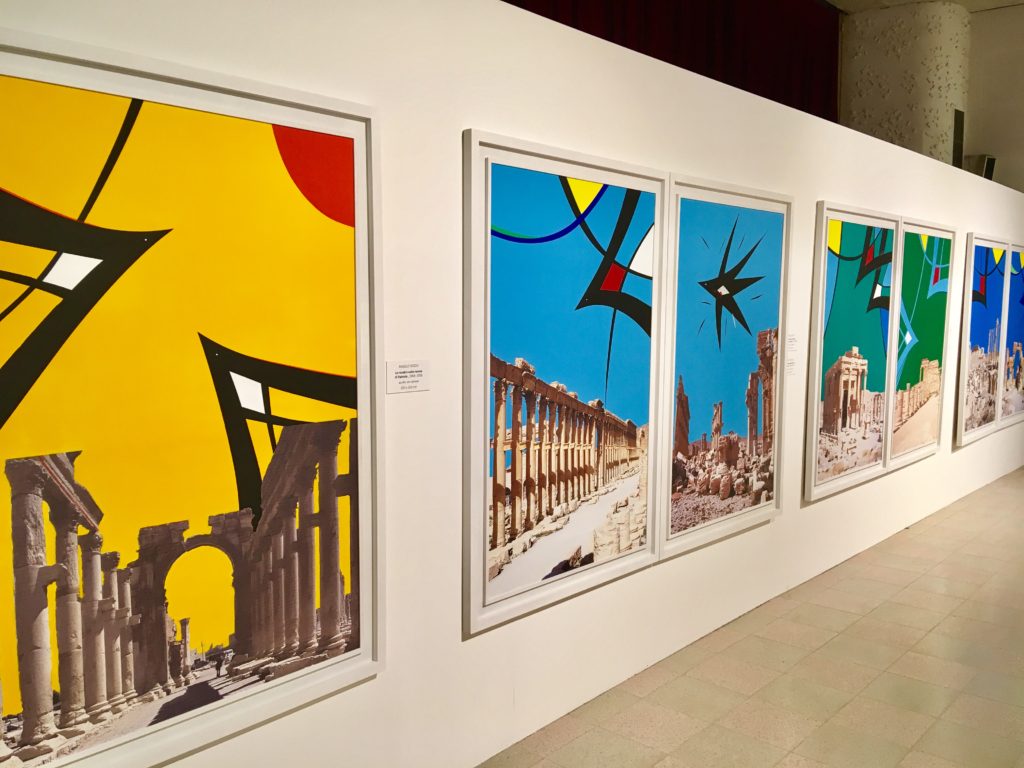 Not only is there architectural artistry everywhere you look in Venice but there are also exhibitions of art everywhere you walk. In empty shops, parks, gardens, churches, hotels, along canals and on buildings. I took a boat to the island of Giudecca to take a look at the view of San Marco from the opposite side of the canal. while there I happened upon an exhibition space featuring Marina Abramović. Sadly for me she was not part of the exhibition herself which was a real shame as you can often be part of her living art and I was certainly up for that. It contained a video of her 2009 work in Spain in tribute to Saint Therese with her levitating in the kitchen from where 8000 orphans were once fed. 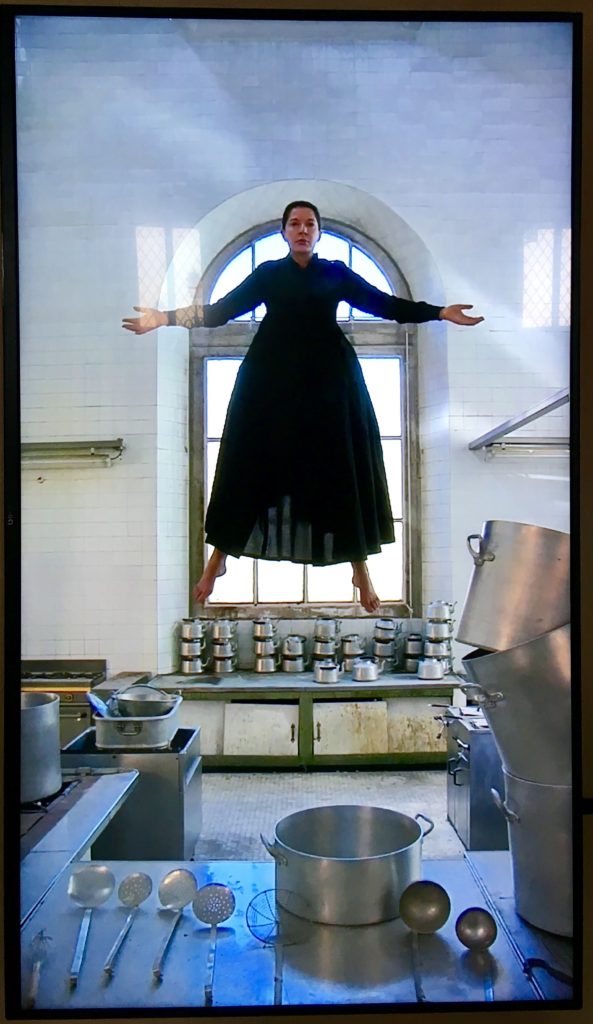 I headed out to see the Peggy Guggenheim Gallery and on the way there I found the street artwork God’s Knob. Now I know that’s not it’s real title but I’m firm believer that art should express itself and not require an explanation so I don’t go looking for the artist’s meaning. I let the art sing to me. Rightly or wrongly. Rudely or Crudely. 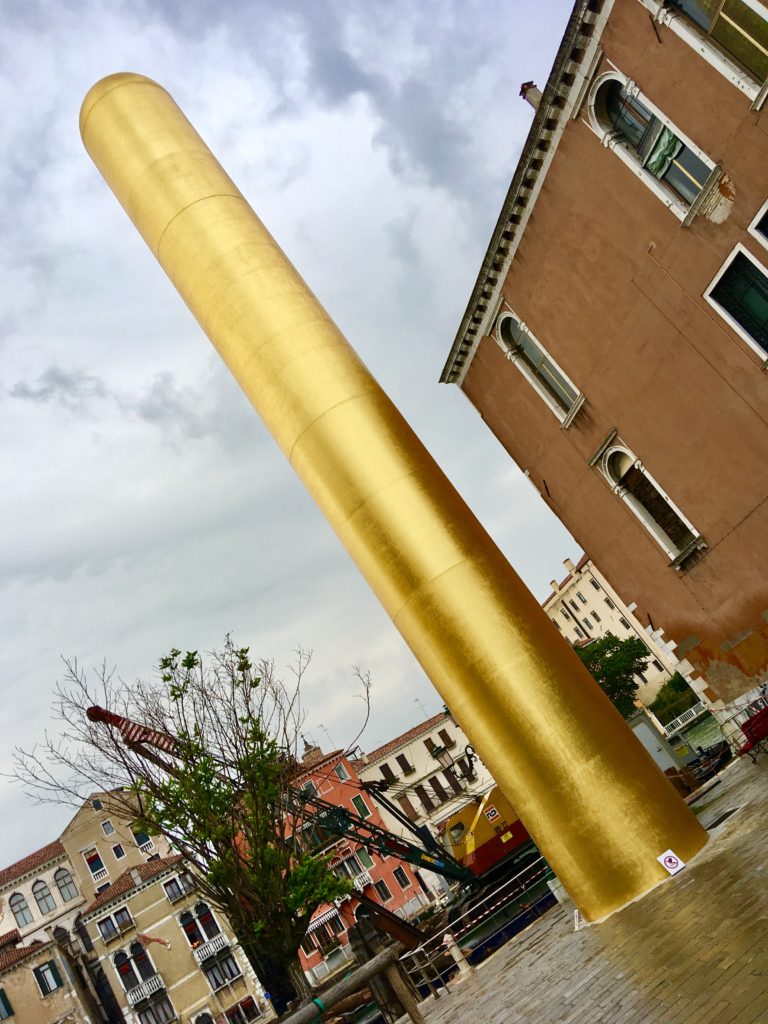 I arrived a little too early at Peggy’s place and the gate was shut so I thought I’d walk to get coffee when the heaven’s opened and the rain fell like a sheet. Massive heavy skin drenching rain. It was glorious but the single bolt of lightening took out the electricity all around me. I decided to return to to my hotel and change out of my wet gear. 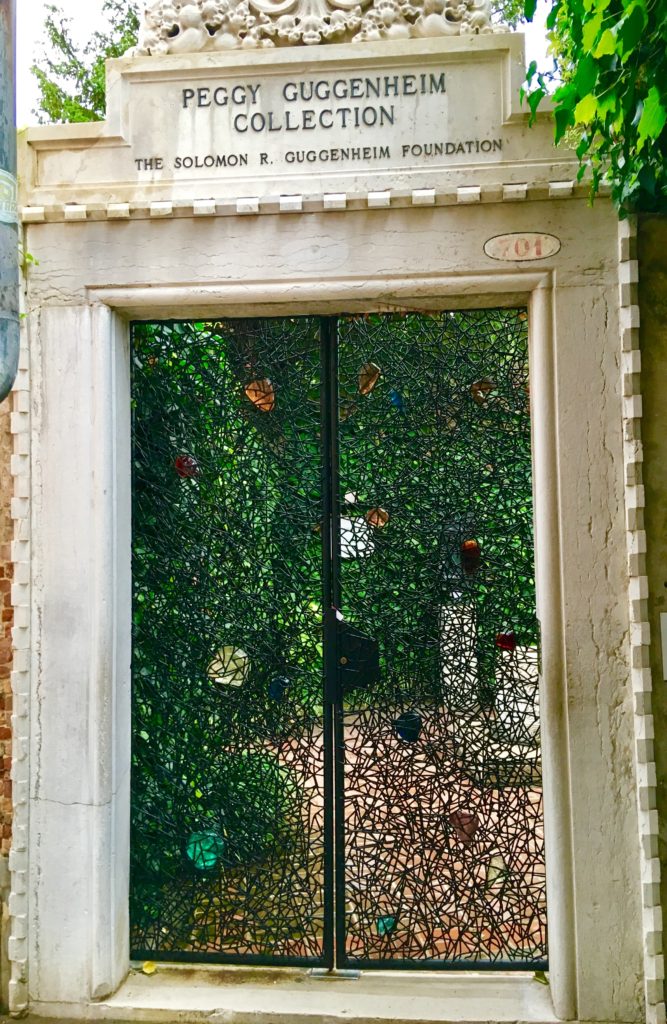 I was of course aware that the Biennale was on and I decided to visit as everyone had said it was very important I do as they order but that I would really love it. The part nobody thought to mention was that it is such a giant exhibition that you can’t take much of it in before your brain shuts down. You need a couple of weeks to get through all the stuff on offer and it is stretched into chapters over different months. In fact I would suggest moving to Venice to attend everyday if you want to get under the skin of the many artists. 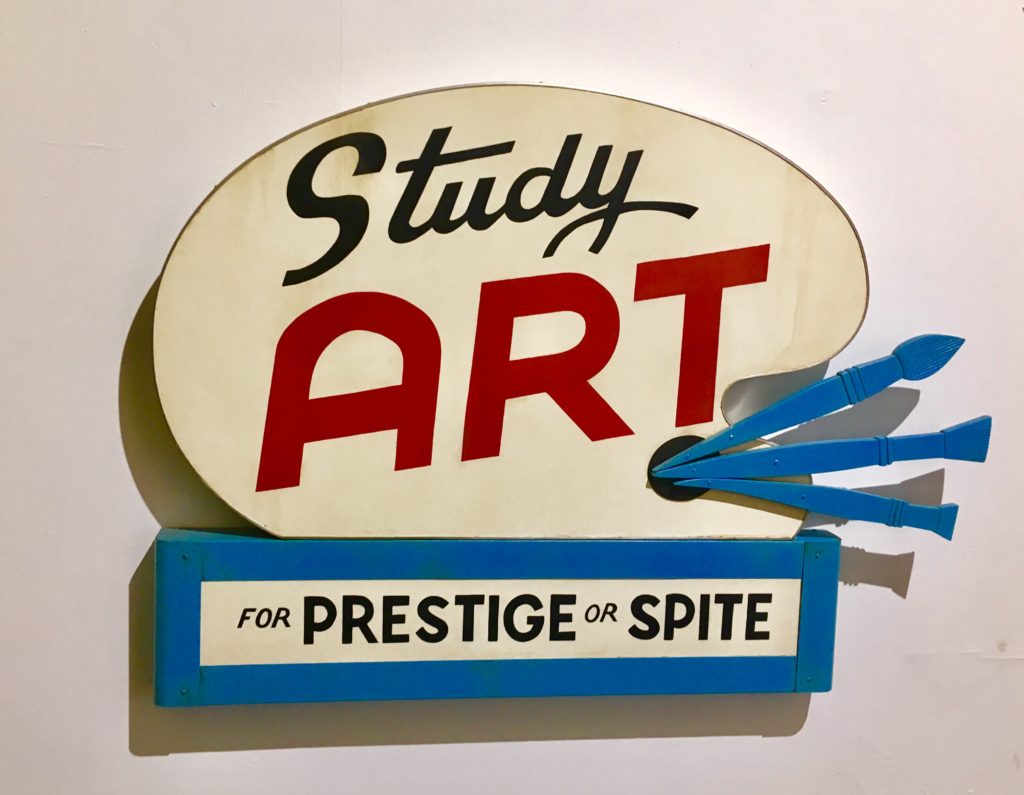 It is totally endless and on two vast separate locations. This means that if you want your art to be noticed you need to think grand. Create big and definitely utilise enormous amounts of creative skills and effort. Otherwise you will find folk just walking passed heading for the next grand scale work. 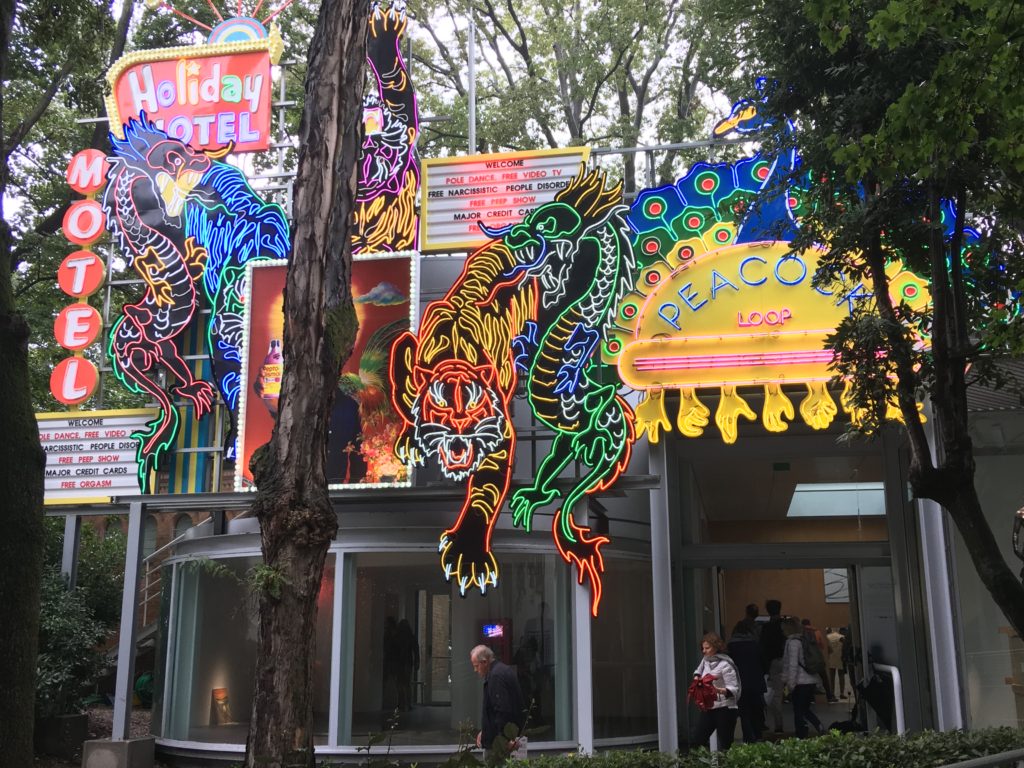 The first section I attended was the pavilions and the exhibitions from global artists spread throughout tree crowned gardens. Here, there was much to be seen inside each pavilion. However with great architects chosen to create the pavilions some outshine the art inside. The  clever artist creates a mysterious experience. Intriguingly below one exhibition space a large queue had formed as it only offered one visitor alone to experience it. It seemed to suggest a new world view turned on its head but judging by the very short duration of most people’s experience as they stuck their head trustfully into the hole I guessed what was going on and so I prepared myself. You poke your head up and you are the centre of the exhibition above. There were people with cameras trained on your virginal appearance as part of art. I cleared my throats and in a voice that filled the exhibition room I greeted my viewers ‘Eh… buongiorno. Alora! Eh prego!” The room loved me and I loved the room. 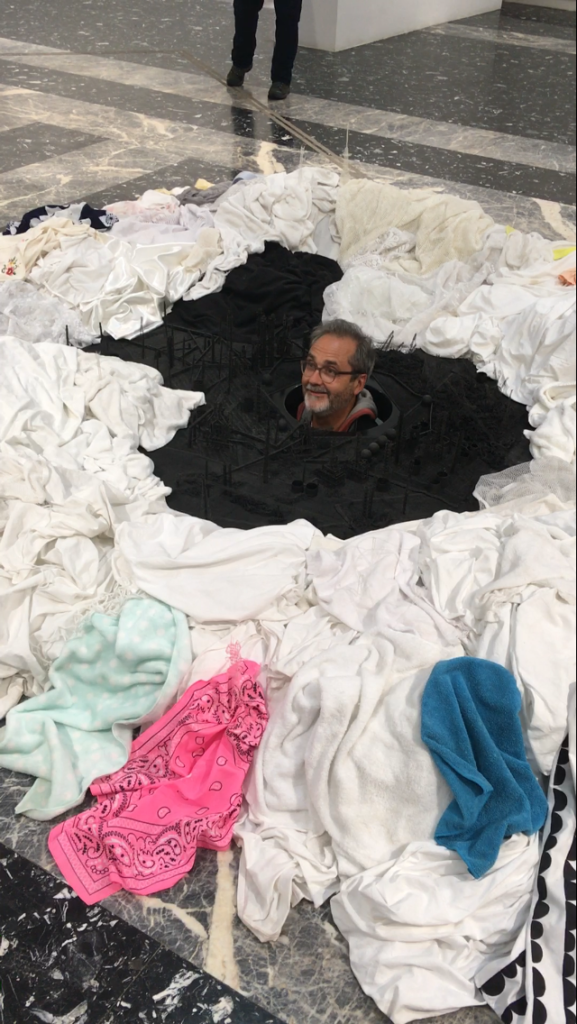 In the German Pavilion the space was a giant wall to wall raised glass floor. From the open edges there was space to crawl underneath, which I immediately began to do only to be stopped by the guard who said it wasn’t allowed. I protested that it would be more interesting than walking above but they refused me. To the chagrin of a group of Americans who visit every time. They thought the art needed my assistance after my head-in-a-hole debut. 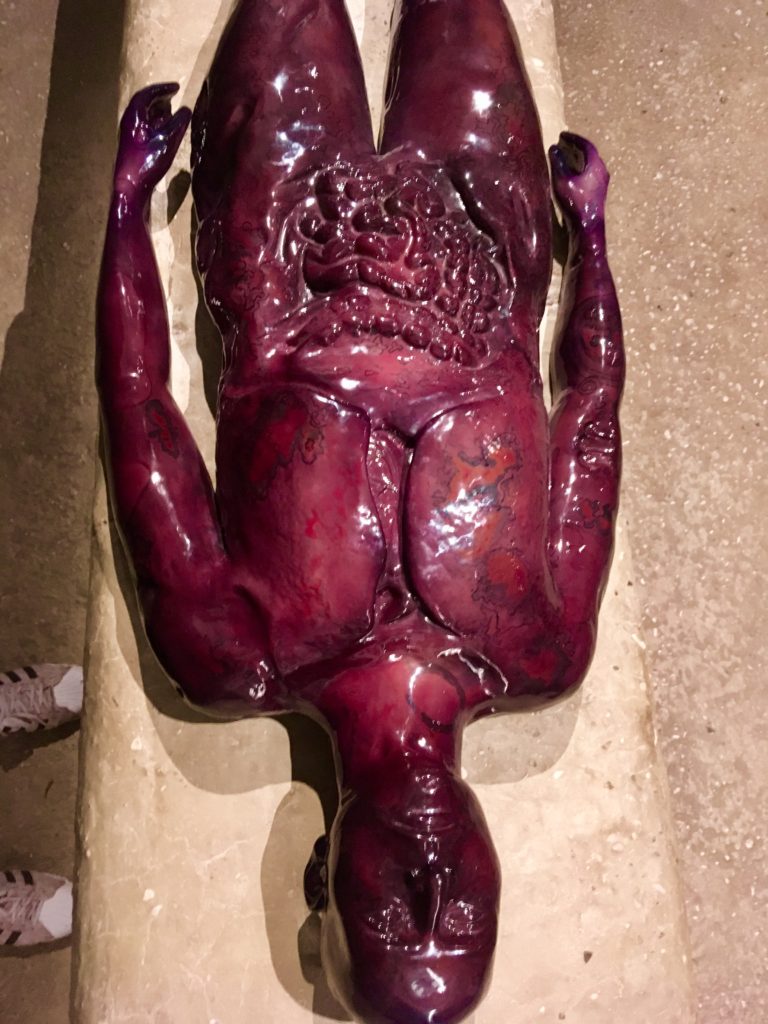 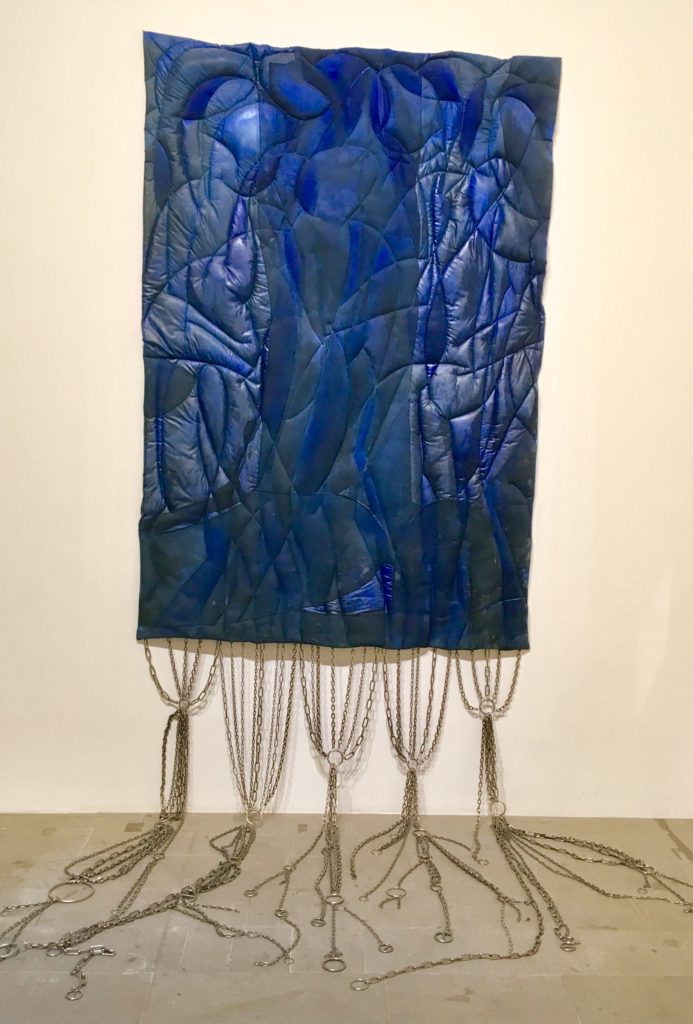 A short walk along the grand canal and then through a few tiny lanes you reach the Arsenale. The most incredible vast boatyard that was the jewel of the Venetian Empire. This was totally packed and crammed with endless rooms and spaces given over to more grand installations. 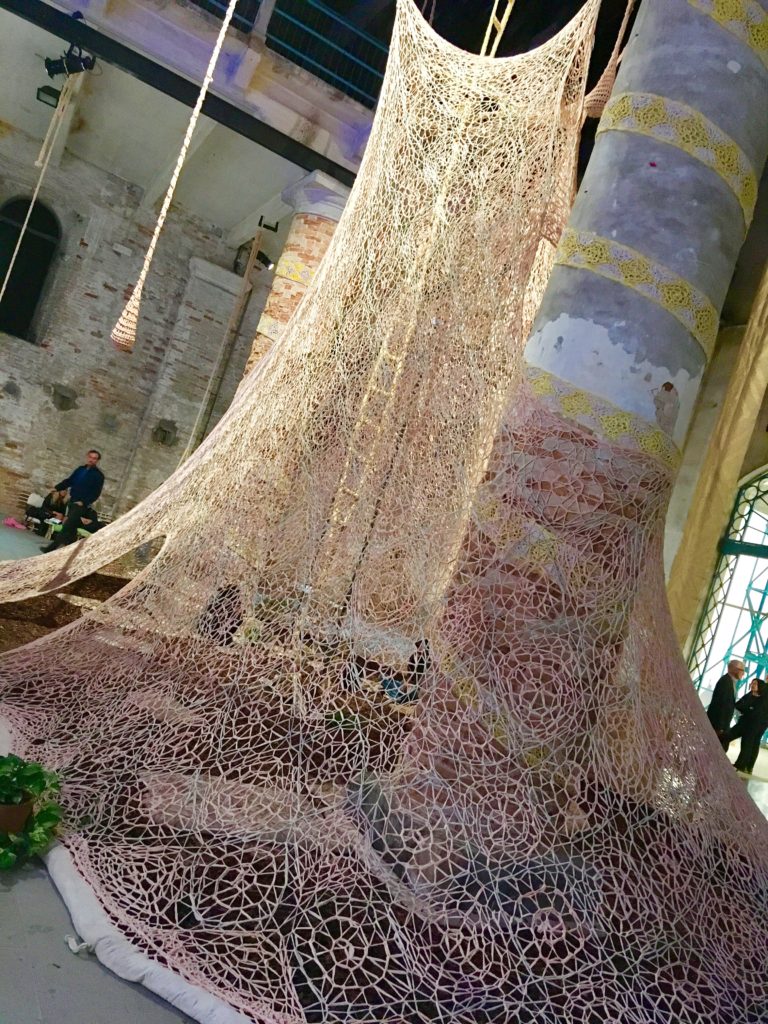 Art really is everywhere you turn. Swimmers and beach loving playful women are sculpted into a canal side garden along with a giant silver rhinoceros and an angry red ape. 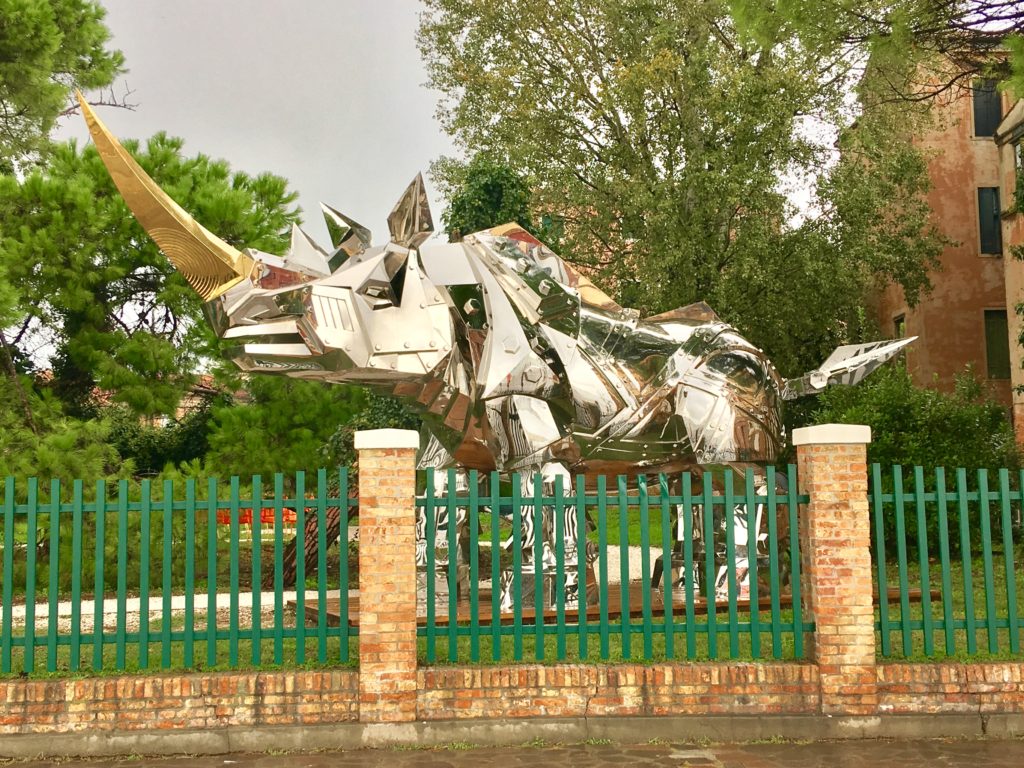 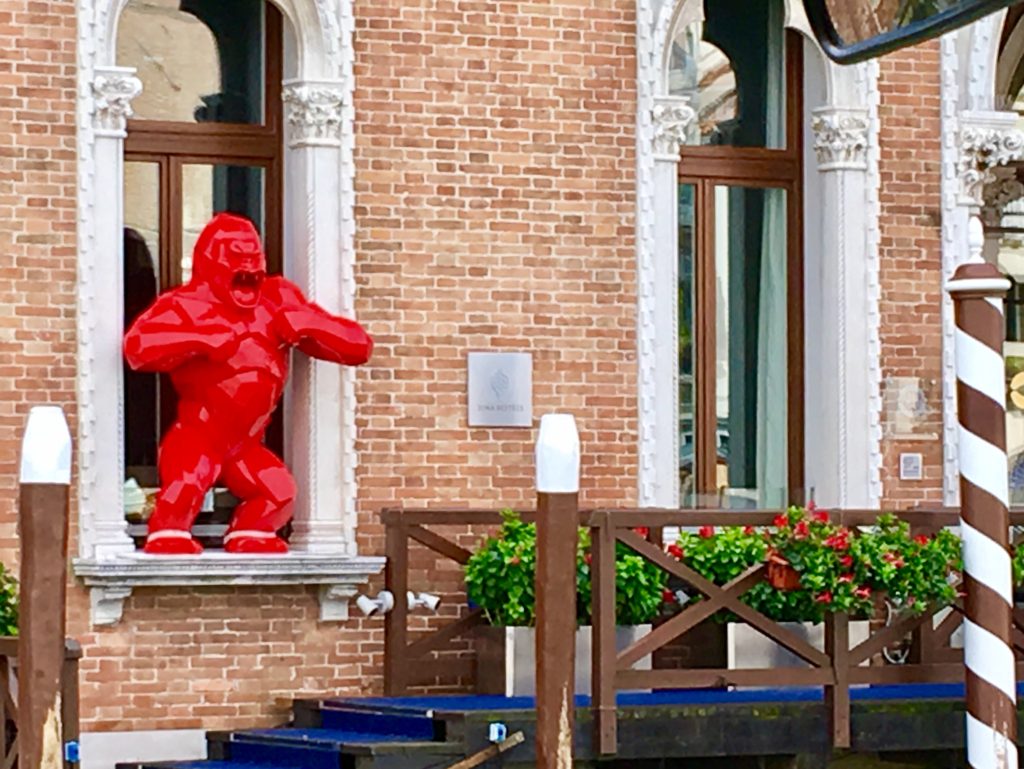 With all the rain and the street sellers providing plastic boots and ponchos I did wonder at first if these two women were an installation. 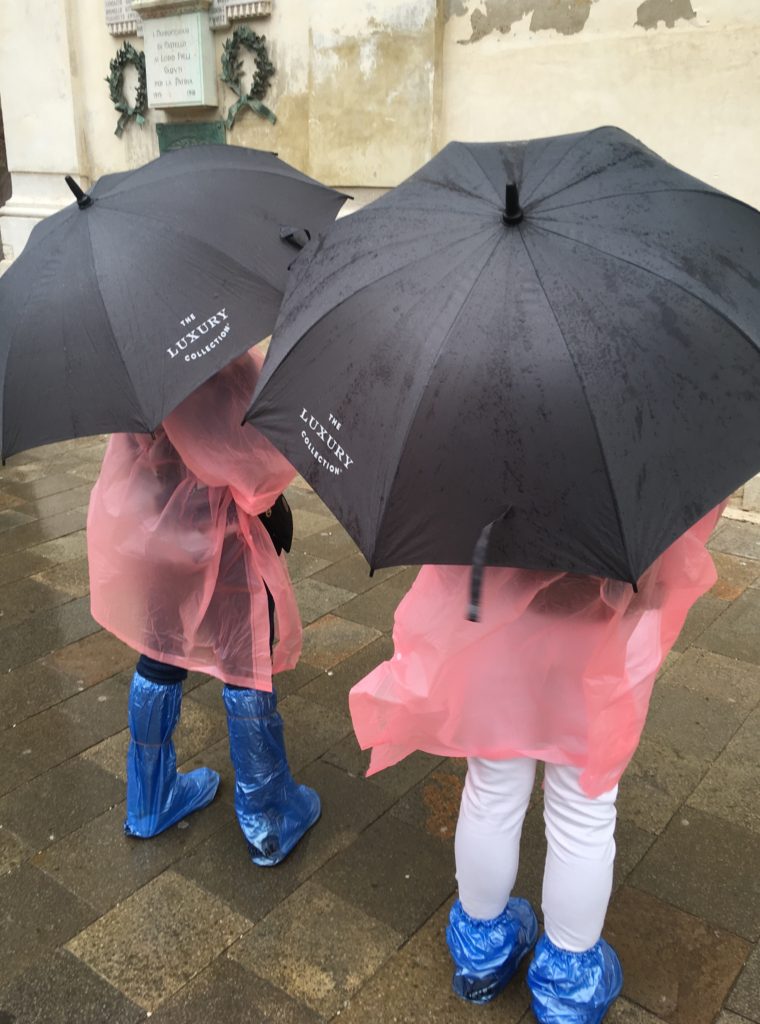 With yet more Vivaldi in my ears as my Venetian sound track I head to the train station to continue my odyssey to Florence. Album recommendation: Vivaldi Concerti per flauto, Maurice Steiger. Will switch to Puccini for Tuscany. 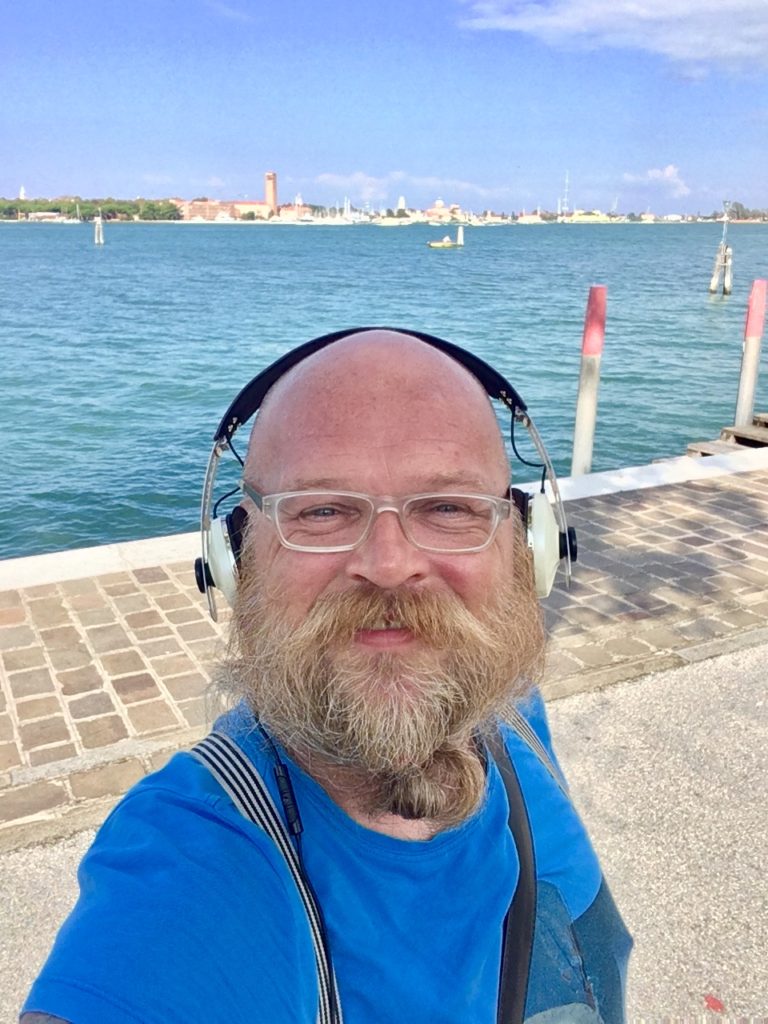