It’s not a saucy ramble so don’t worry I’m not attempting to induce a touch of the vapours to anyone. That’s a post for a different blog. This is all about how an open acknowledgement of a very rare scar in the country’s past has allowed them to be very forward thinking in how they approach the future. Gay acceptance has been part of the culture in the Netherlands way before most countries could even say the word without blushing. But acceptance isn’t about tolerating, it is about celebrating. Utrecht  is so gay friendly that it has installed gay traffic lights. By that I mean the pedestrian crossings on Daalseplein at both Knipstraat and the junction with the tunnel feature Lesbians and Gay men waiting to cross the road and then crossing in love. 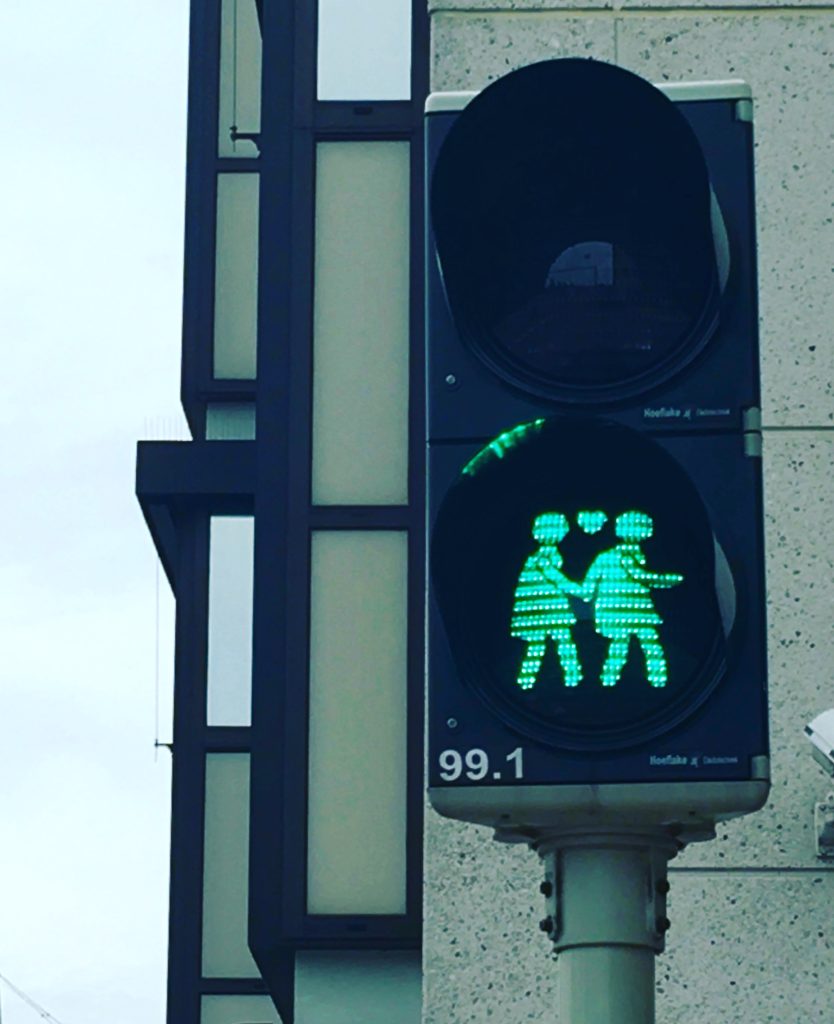 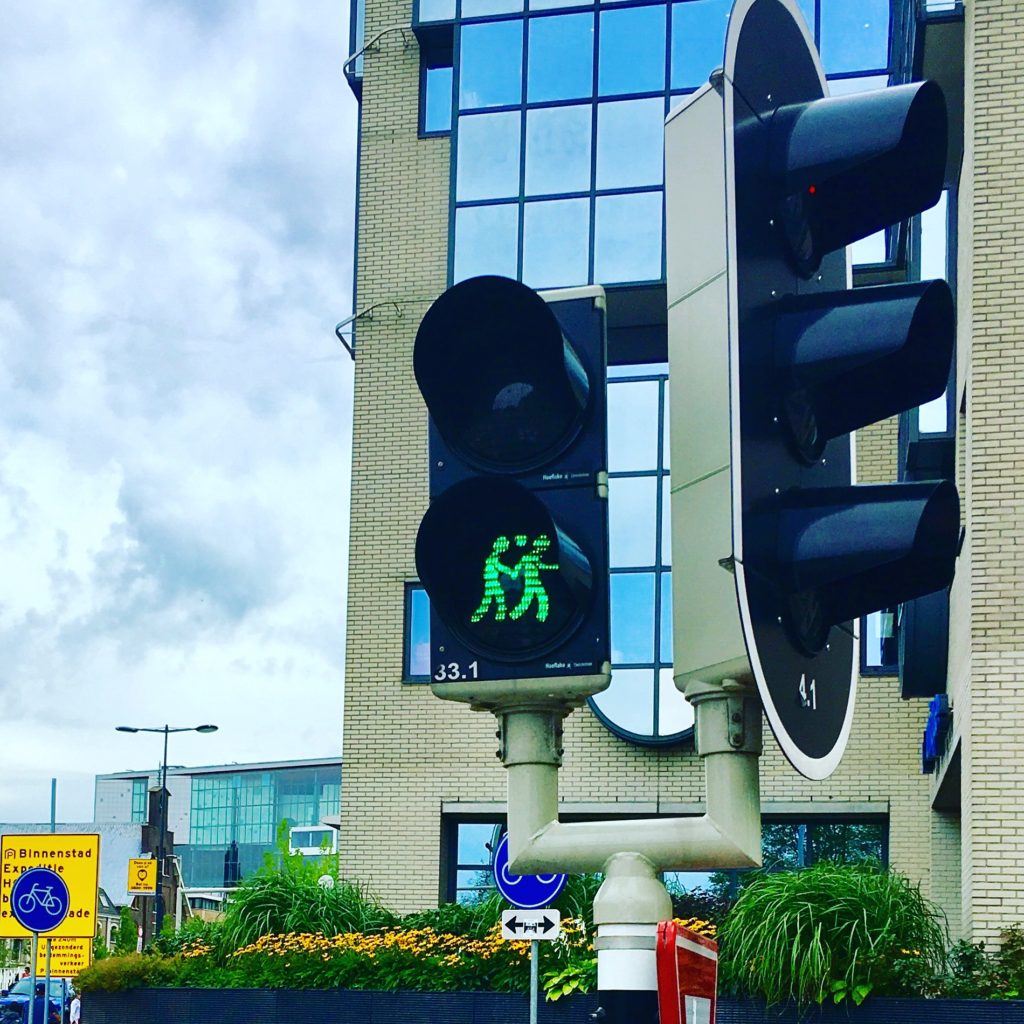 So sweet and inclusive to see but rather a danger to photograph as you have to stand in the road before the traffic starts again. There is also a male and female in love light to help guide them to safety too. It could be a heterosexual couple but it could also be the remaining letters of LGBTIQ+. The point is here in Utrecht we are all invited to cross the road and live together safely. I just read in the Pink News that the new set of gay traffic lights in Trafalgar Square have been condemned in the UK press. 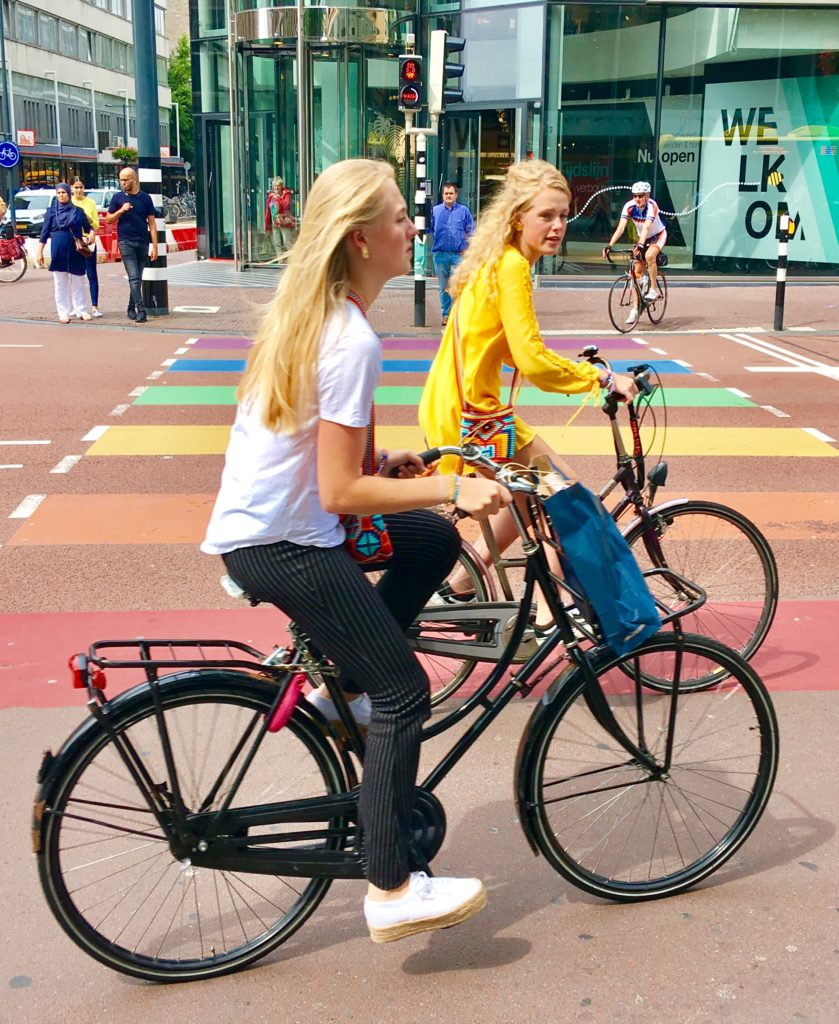 Then just a short walk away in Jacobsstraat is a gay rainbow zebra crossing and to top it off the pedestrian lights here celebrate Miffy. Utrecht’s famous rabbit. You can visit the Miffy Museum too and find sculptures around the city. 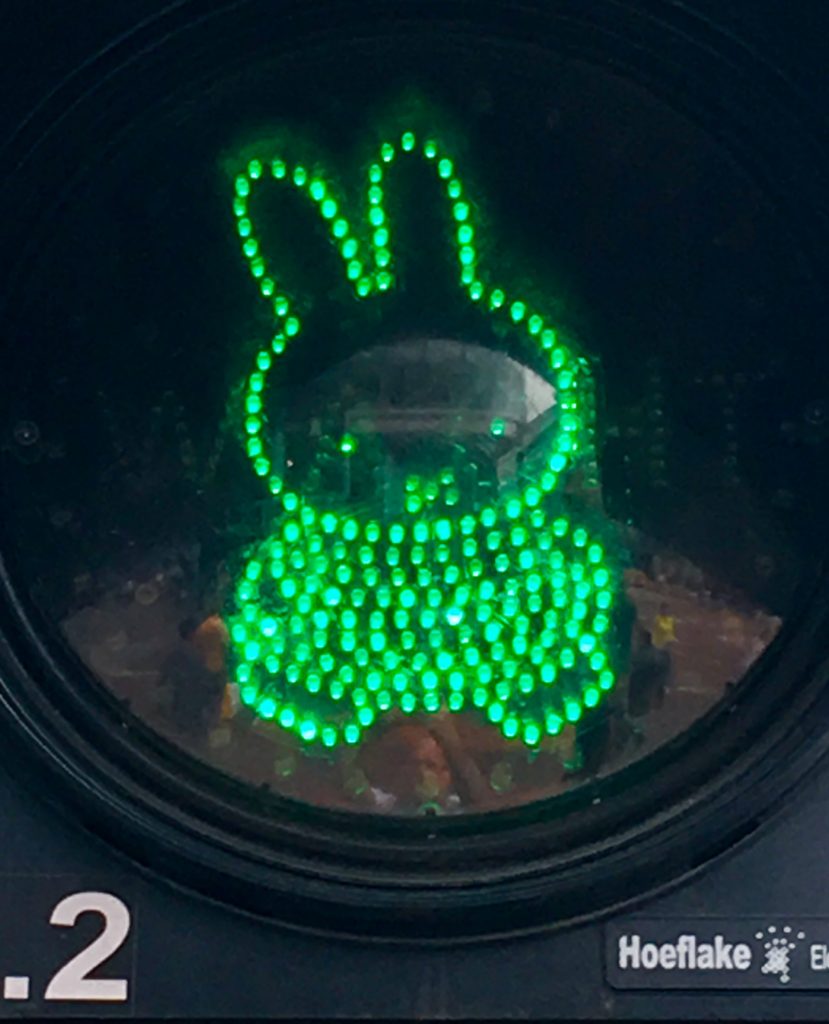 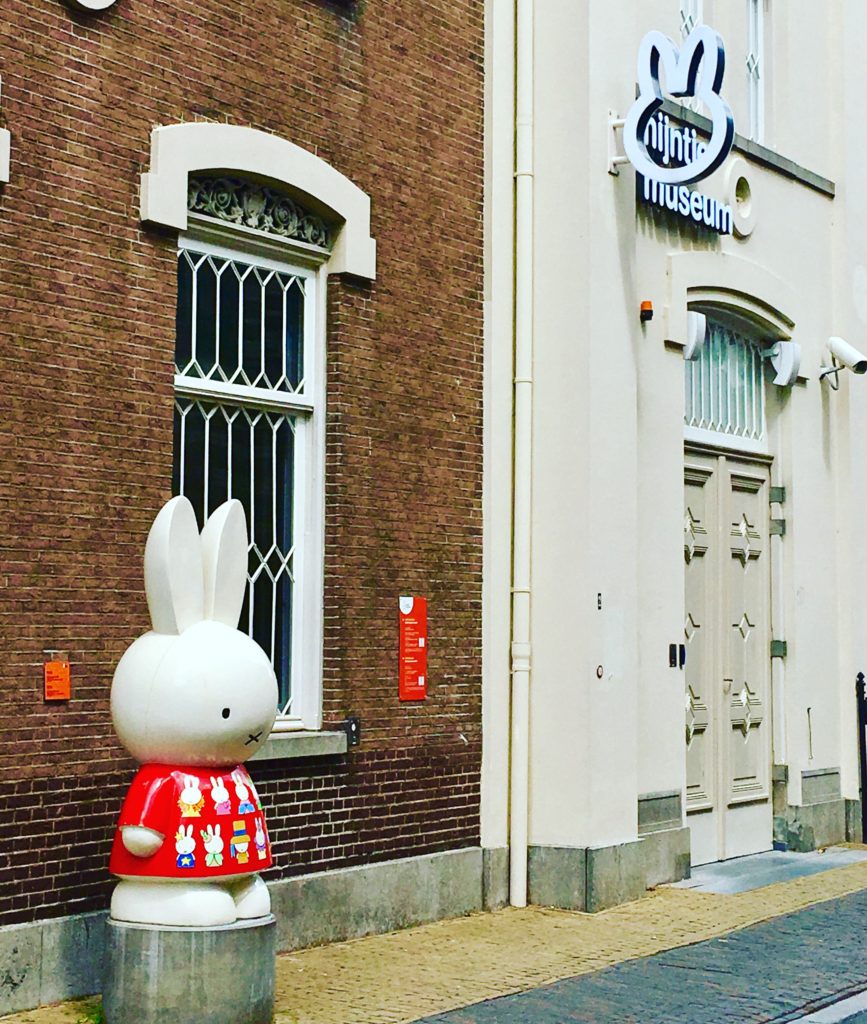 And so to the dark moment in the city’s history that has taught me so much I didn’t know at all. This is the point of travelling for me. Learning and acquiring new knowledge and how that informs my future actions. Remember I’m currently having an affair with Utrecht and I am not attempting to criticise the city for it’s past. I’m celebrating the honesty of this beautiful place and how its wonderful inhabitants have faced up to its past. 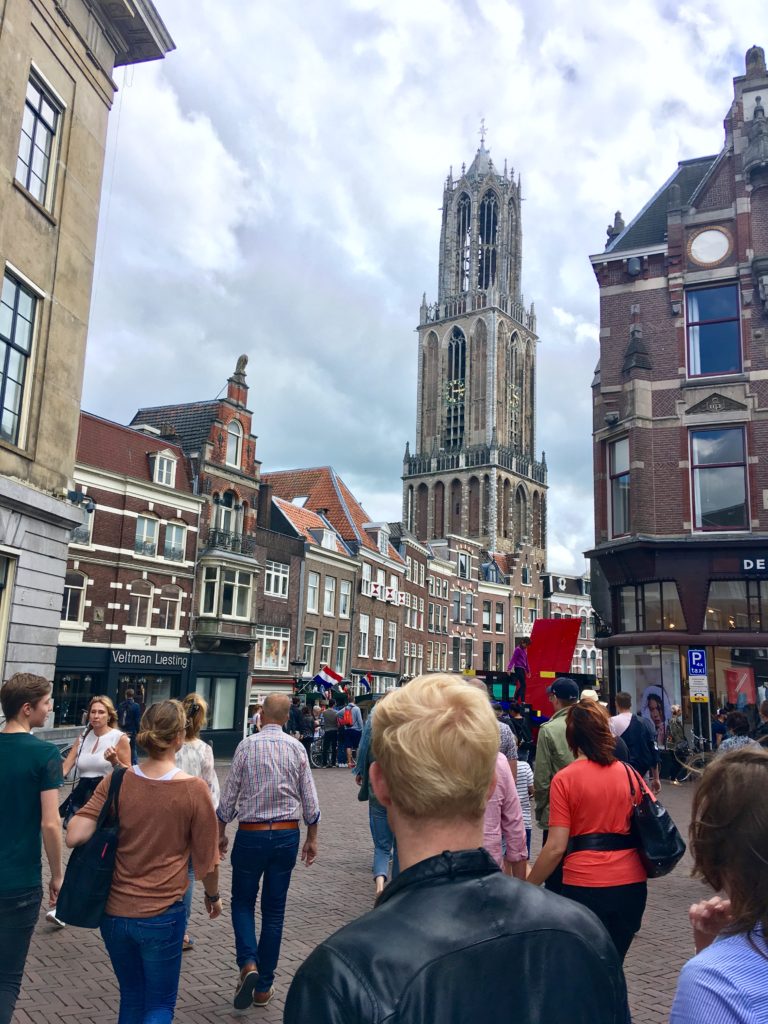 In 1674 the knave of Utrecht’s gothic Dom church collapsed in a storm. In 1692 there was an earthquake. Dikes, too were riddled with shipworm. Steady on there. The wooden canal dikes not our lovely cousins. Though some etymological sources have suggested that the term dyke may have originated in the 1920s Harlem Renaissance novels from New York. Since Harlem is named after the Dutch city of Haarlem, and New York was once New Amsterdam there could be a link. Late 19th century slang used the word dike as a euphemism for vulva. Also the Dutch word for dike is spelled dijk. Given that so many slang words were introduced by Dutch sailors, I will forgive both you and me for sniggering at first. We are all very childish but there might be a connection after all. However it’s not helping me set the scene for some gay persecution that started here in 1730.

All the natural disasters were making the newly formed Dutch Republic nervous. There had been a civil war between north and south on religious lines along the Catholic and Protestant divide. The series of disasters were seen as stemming from the wrath of God, naturally. Many religious zealots throughout history have searched for scapegoats to appease their gods and often sacrificed the lives of people who weren’t on the same hymn sheet.

The ruins remaining between the Dom Tower and the remaining body of the church after the great storm were believed to have become a place for the nefarious foul deeds of homosexuals then known as Sodomites. So by 1730 the people were whipped up into a frenzy, the Utrecht Sodomy trials began. Those believed to be sodomites were rounded up and put on trial. If found guilty they were strangled for their sins. This soon spread to more Dutch cities. With Dutch gay men fleeing to places including the UK it was soon picked up and stirred hard by the British press. That many gay men were executed will always remain very tragic and shameful but rather than gloss over it or ignore it, the city of Utrecht, in the very void where they were accused of their debauchery has laid a plaque to their memory. 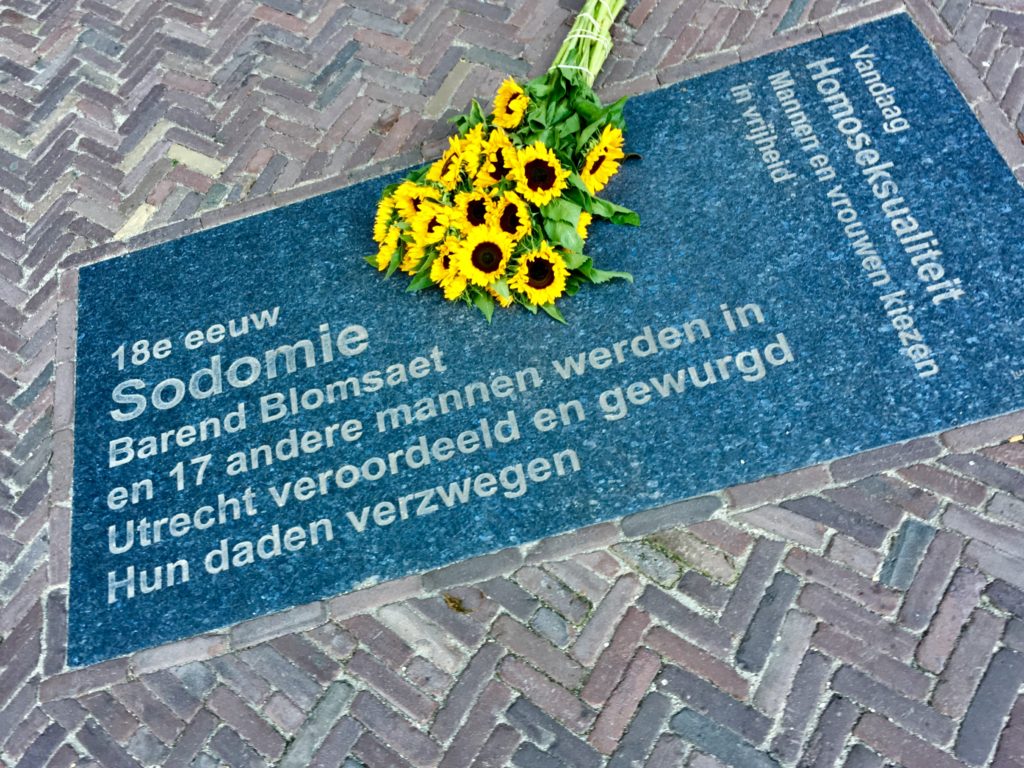 As it was Amsterdam Gay Pride while I was in Utrecht and I thought it fitting to lay sunflowers on the plaque in a gesture of remembrance to those who were executed that we might today dress up and party in Amsterdam. I sat and watched the many people who stopped to read the tribute now there were flowers there to draw attention to it. I hope that residents of Utrecht will follow my lead and leave flowers there again in the future. 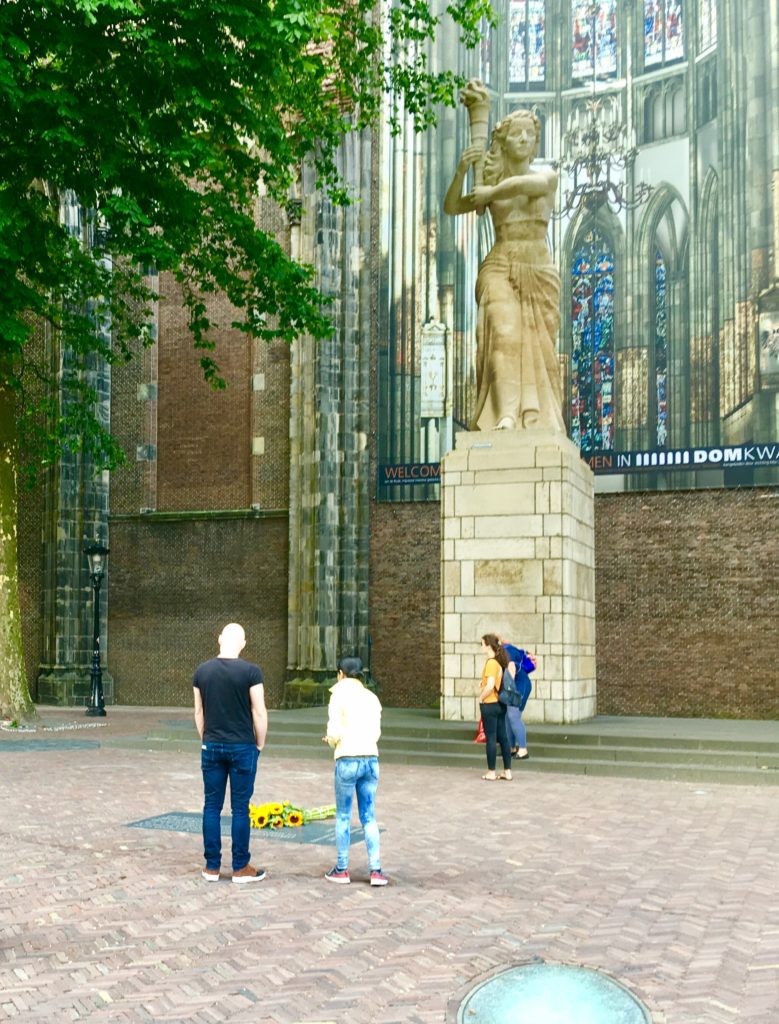 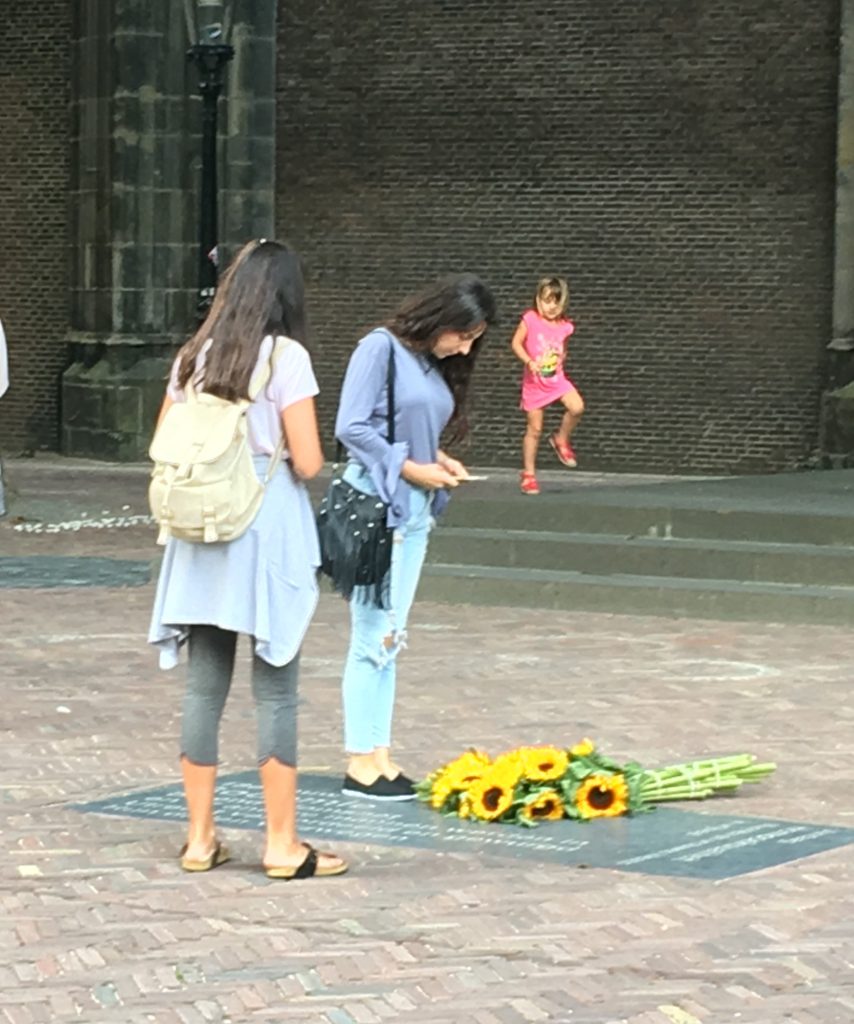 I wondered when exactly homosexuality was legalised in the Netherlands and I was again educated and surprised. Learning is never black and white and I find myself having to paint a lot of areas of UK biased history telling very very grey. The persecutions continued throughout the 18th century. In 1764 Amsterdam had a bash and by 1776 many cities were poof purging. In 1797 Utrecht was at it again and The Hague got in on the act. Then Napoleon came to Holland in 1806. He installed his brother Louis as King but more symbolically for homosexuals he installed the Napoleonic Code in which it was not illegal to have sex between men. After the fall of Napoleon the Dutch didn’t change this law back and so freedom to frolic between men flourished in The Netherlands.