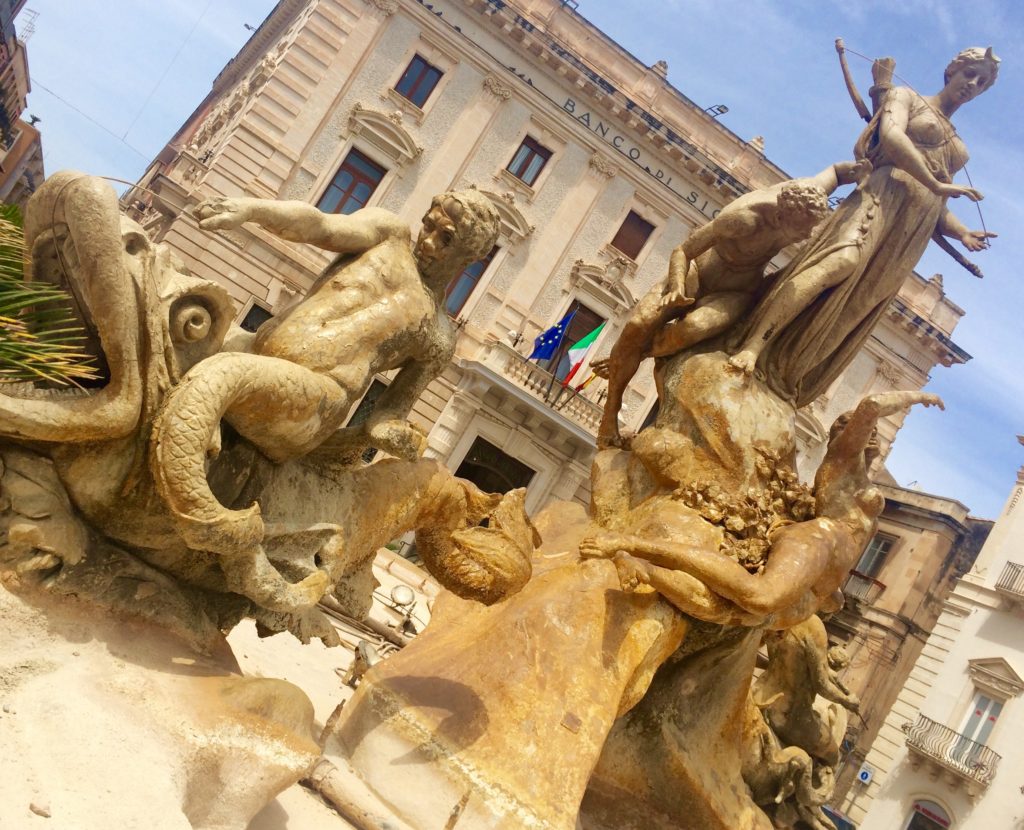 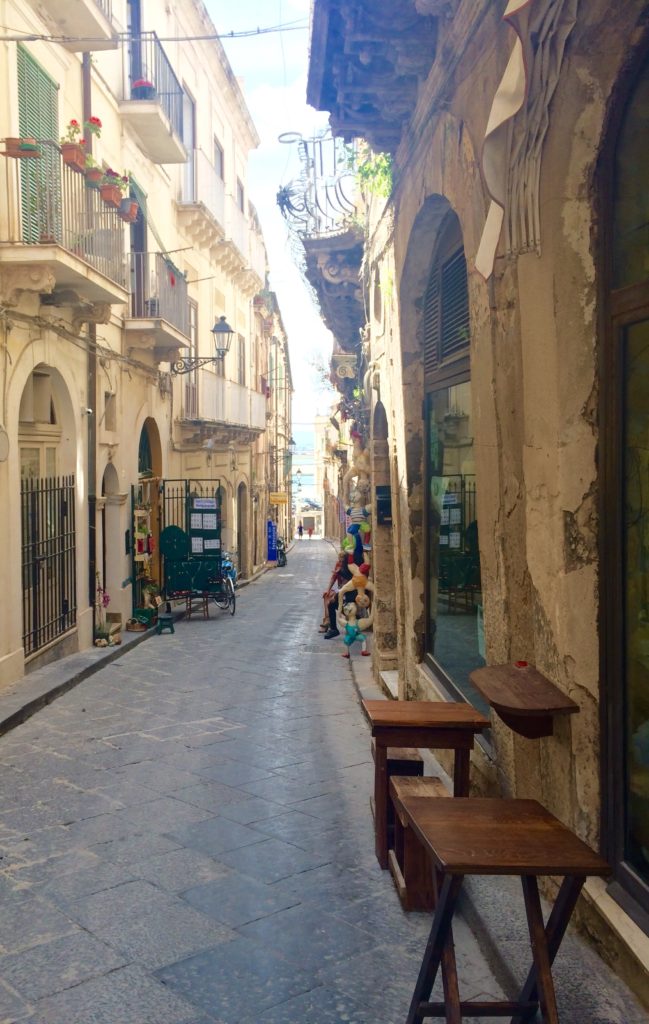 The word on the terribly narrow streets were that LaLa was to be found in Casa di Dogana. It was a safe place for street urchins. I dash across. No luck! 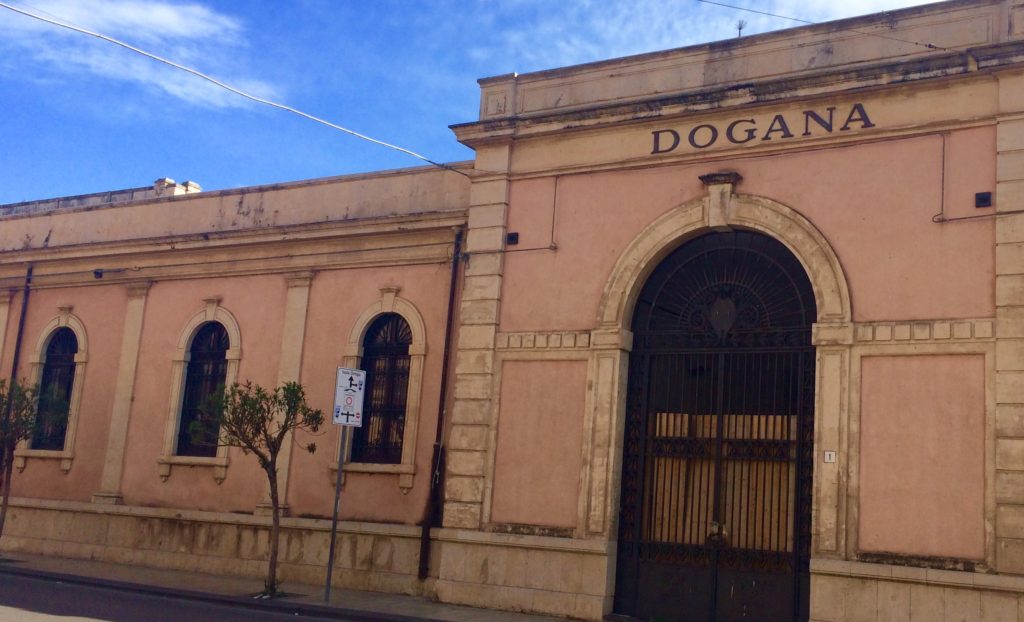 The Duomo in Syracuse was built in the Byzantine period over the Temple of Athena and incorporated several of its columns. Later it was transformed into a splendid baroque masterpiece cathedral. 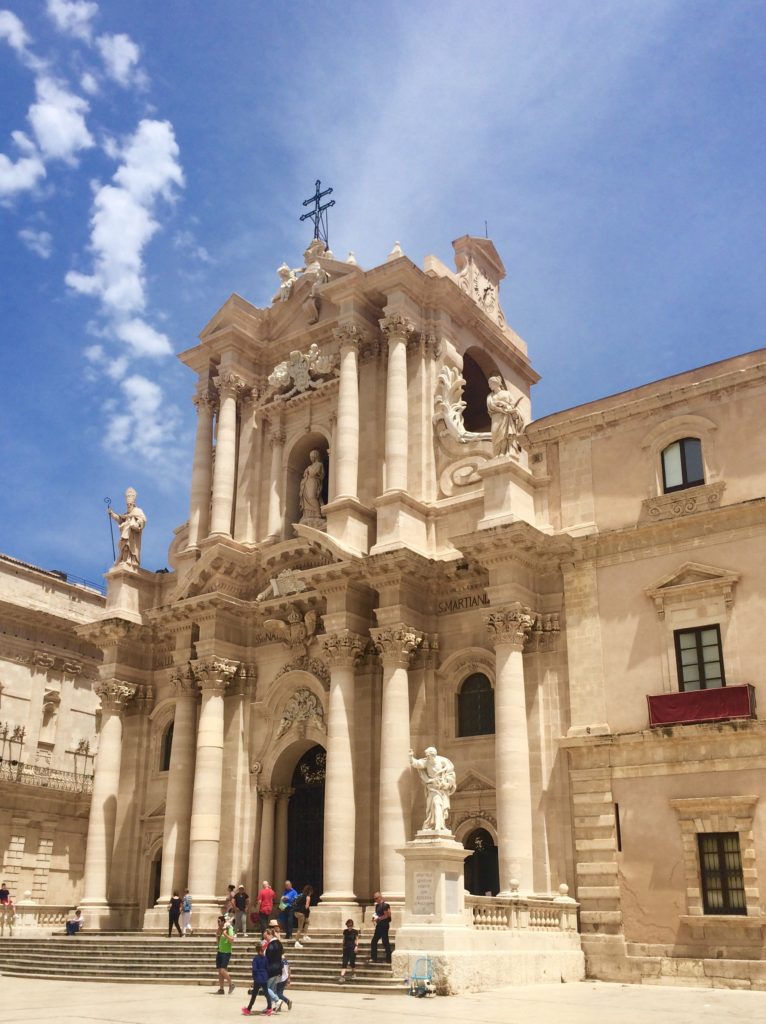 Time to don another disguise. I sent word through a friend of LaLa’s that I would be in the Conad store dressed as Ruscella water. 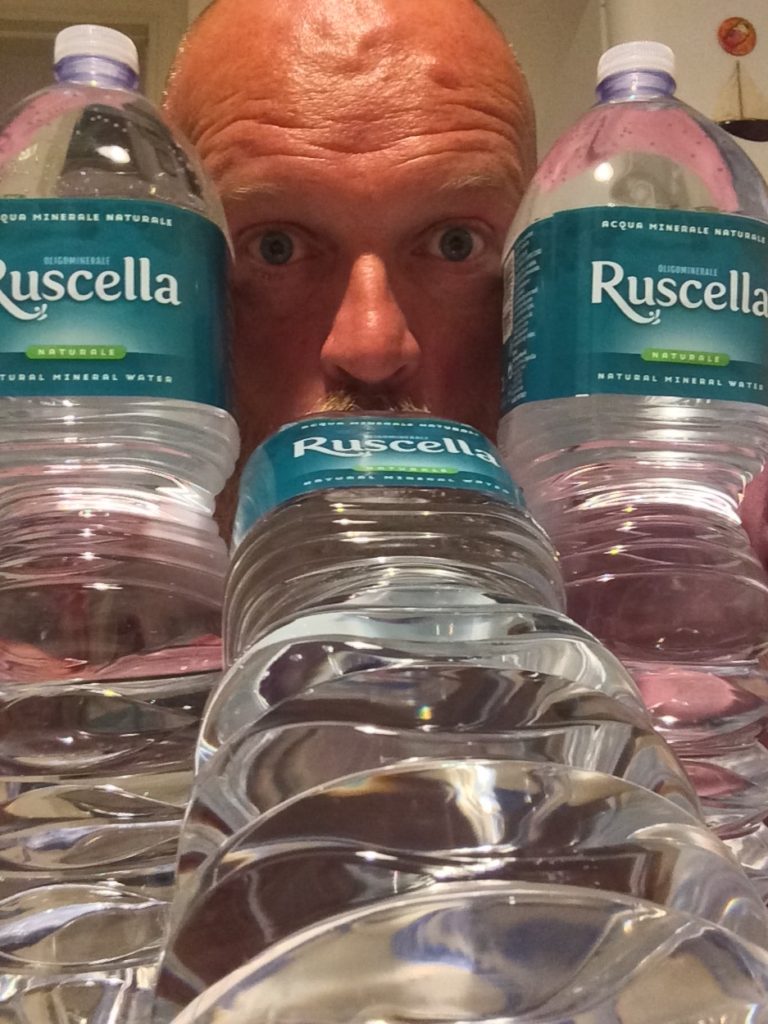 I waited and I waited. Hours slipped by I the heat. Lucky for me I was able to remain totally hydrated. I began to feel that this was another dead end lead. Eventually I was picked up by one of Agrippa’s henchmen, Freddo ‘the fountain’ Farfalle. He slipped me into his rucksack as he headed to the Duomo for confessions. 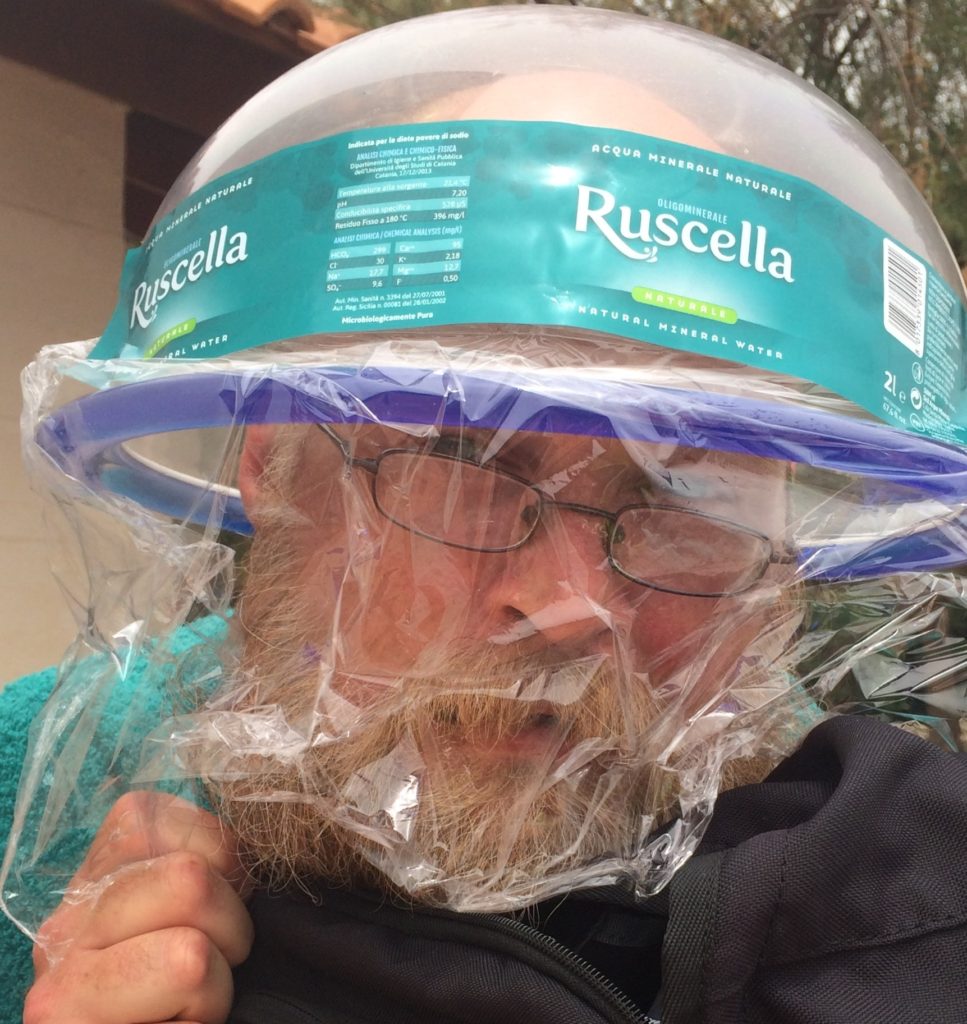 I heard much of Freddo’s confession I was better placed to solve the case. Sadly his bag was then left in a public washroom  for an exchange. After the glory of the fountains in Piazza Archimede I was treated to an unsightly hole as I extricated myself from Freddo’s sack. The place was the most unholy hell hole. 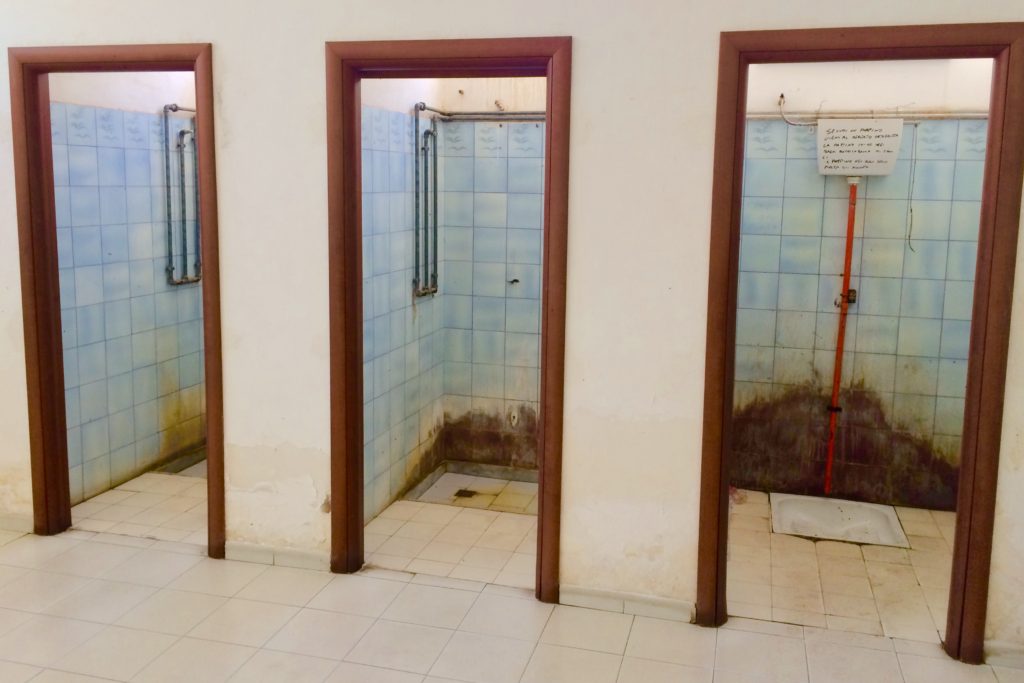 I slipped into a narrow passage and as I turned toward Castello Maniace I saw LaLa.