My own Berliner Requiem

And so it’s time to bid the fabulous city farewell with a final tour taking in the wall and the many memories of both the dead and living. The little of the wall that’s left is so very moving and certainly helps tourists and Berliners alike to understand what was once such a huge symbol that divided city. The museum beneath the caged viewpoint is succinct but hugely harrowing.

Henning and I decided to stroll round Dorotheenstadt cemetery while our minds were on the dead and we were totally charmed to bump into Bertolt Brecht. This lifted me so much after the wall exhibition and I’ve been singing so many of his lyrics as I’ve travelled the streets. It’s packed with dead famous folk in here. 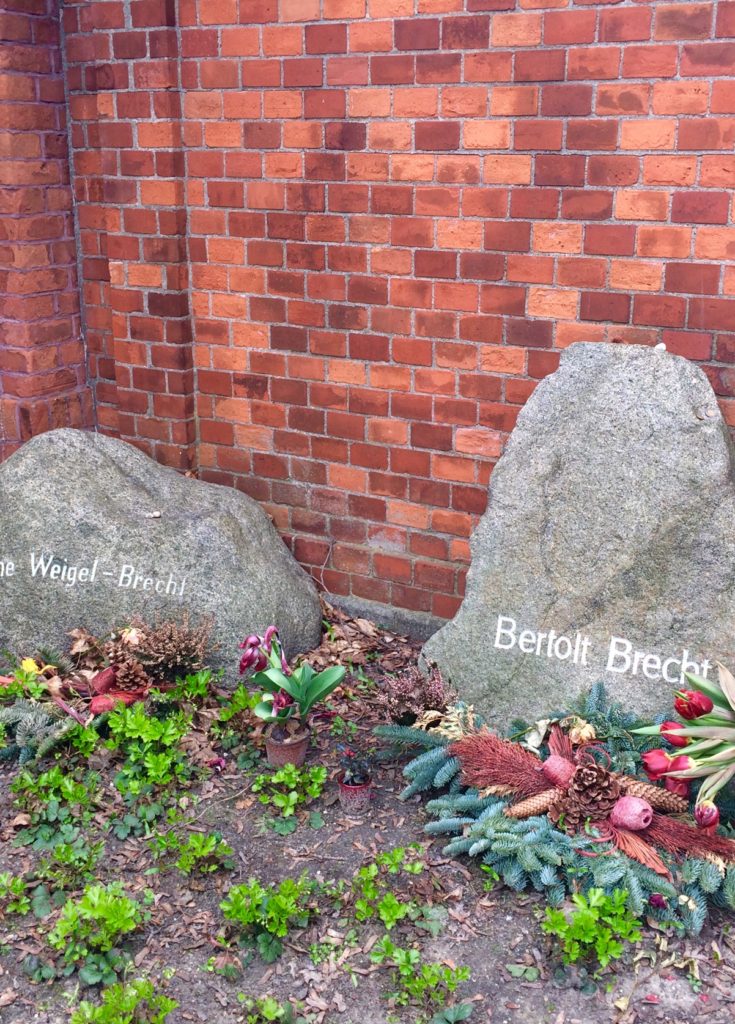 Back in Alexander Platz to shop for new everything as all my clothes are very old and I look shabby and baggy. Ideally I need shoes, a bag, trousers, jeans, socks, a shirt, T-Shirts… oh and a waistcoat. I soon learned I needed one of those too. 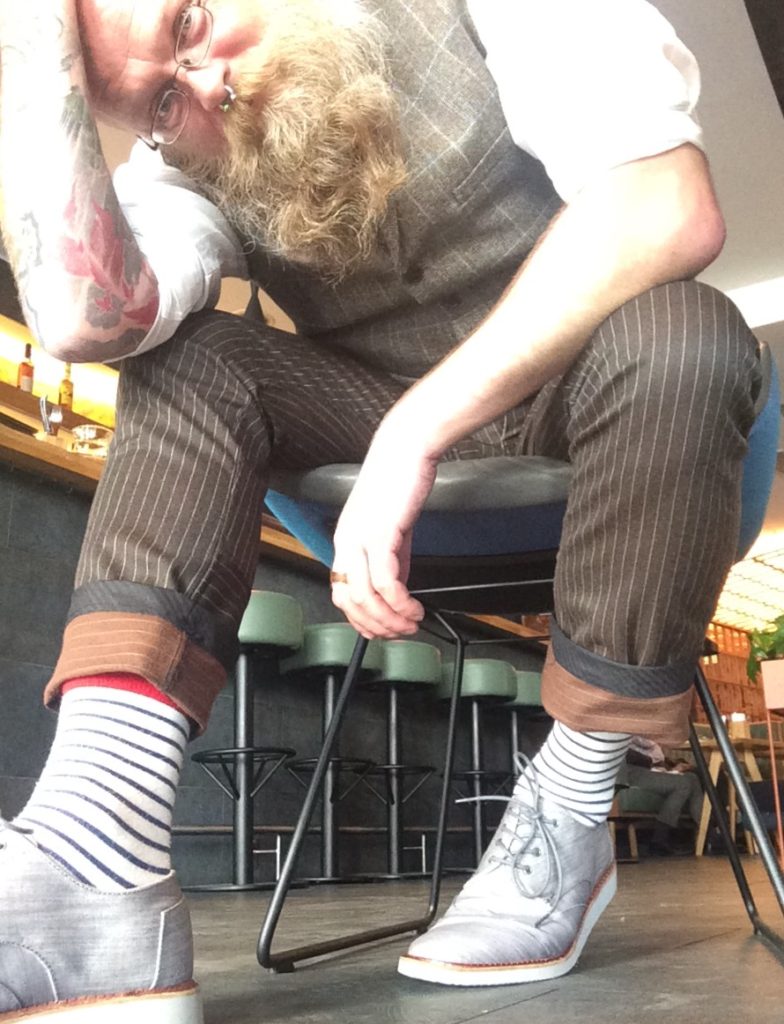 Das Werkhaus had a 50% off sale. They make amazing clothes. And I feel so much better.

Wandering all around Berlin are the brave Wurst grillers. They are mobile sausage fryers with umbrellas above them to stop rain falling on their griddles and their Wursts spitting hot fat on their groins. It seems really crazy and I’m sure wouldn’t be allowed under Health & Safety rules in the UK. Except our authorities would say the EU had banned it as we seem to blame them for everything. “Sauce with your sausage, sir?” 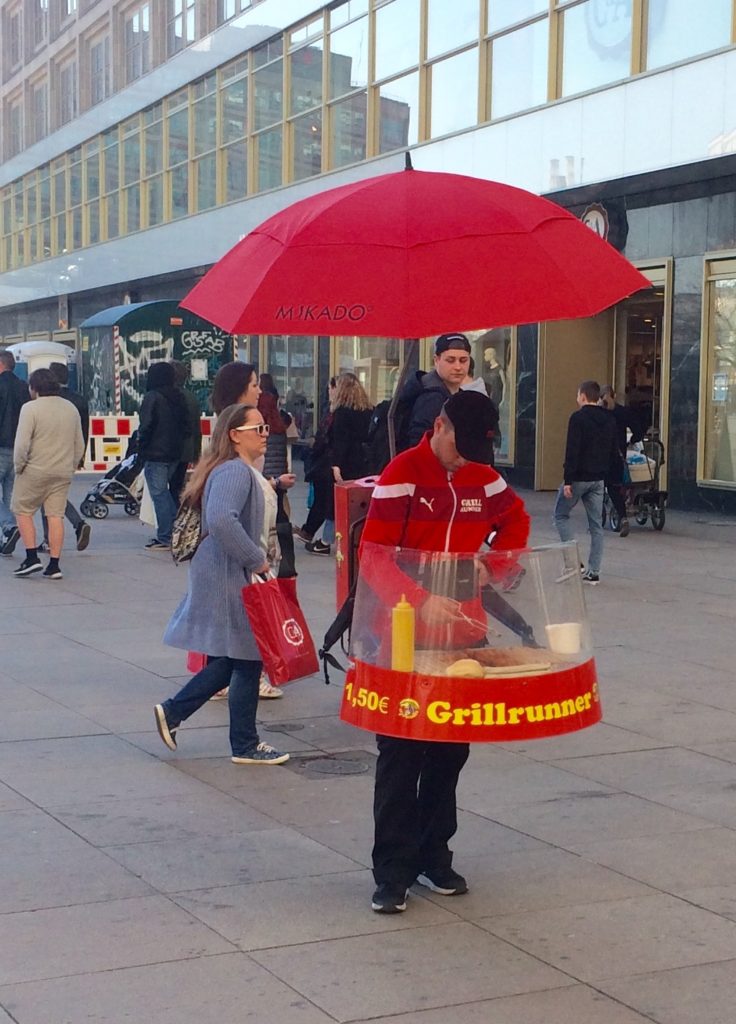 And so to the fairly new Hauptbahnhof. The four floor central station is a marvel to behold. The various train lines are stacked up and all open and visible. Now I love the UK’s Victorian train stations very much and I mourn their loss when they are replaced with poor shiny new ones but in Europe they seem to design way more breath taking pieces of architecture. 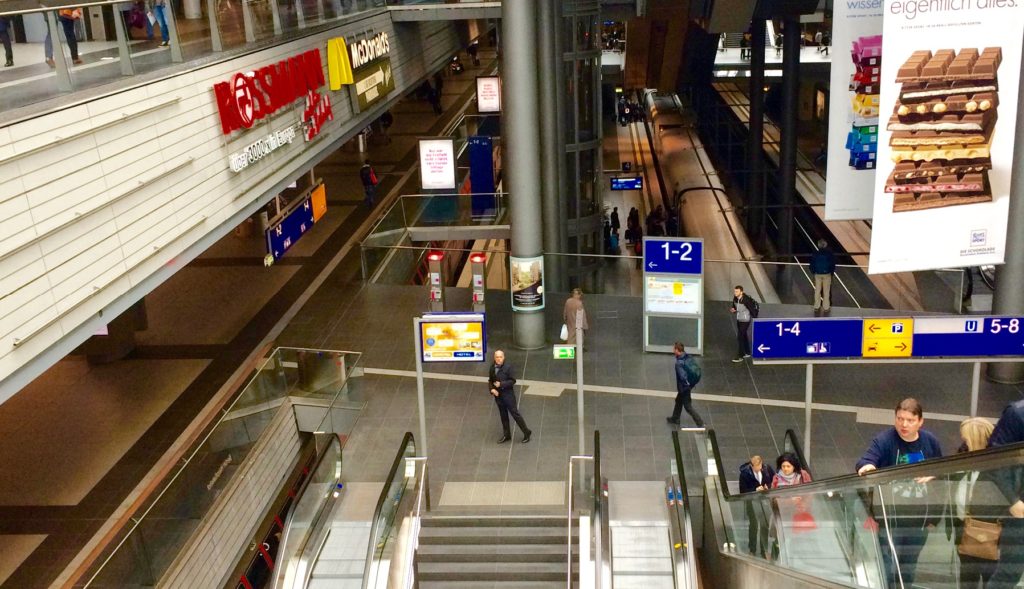 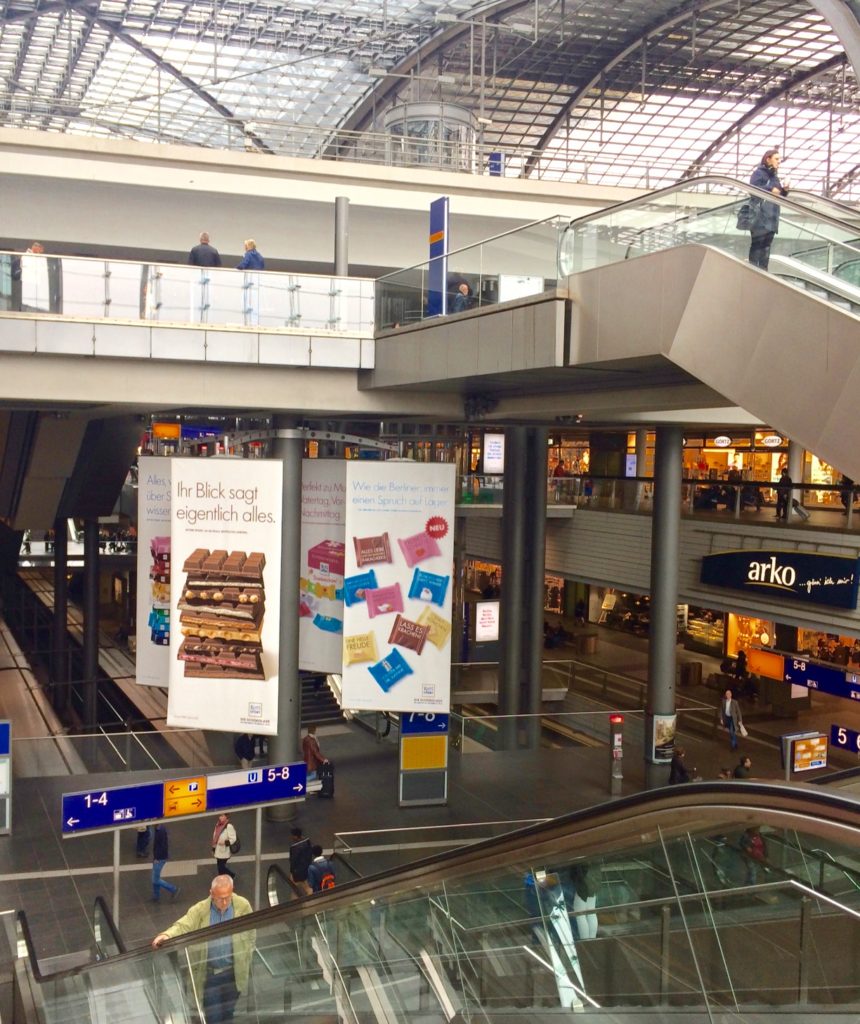 “Fuck Off Berlin! The cute boy is dancing on the speaker.

Fuck off my friend. Turn me on I’m gonna make it louder.”