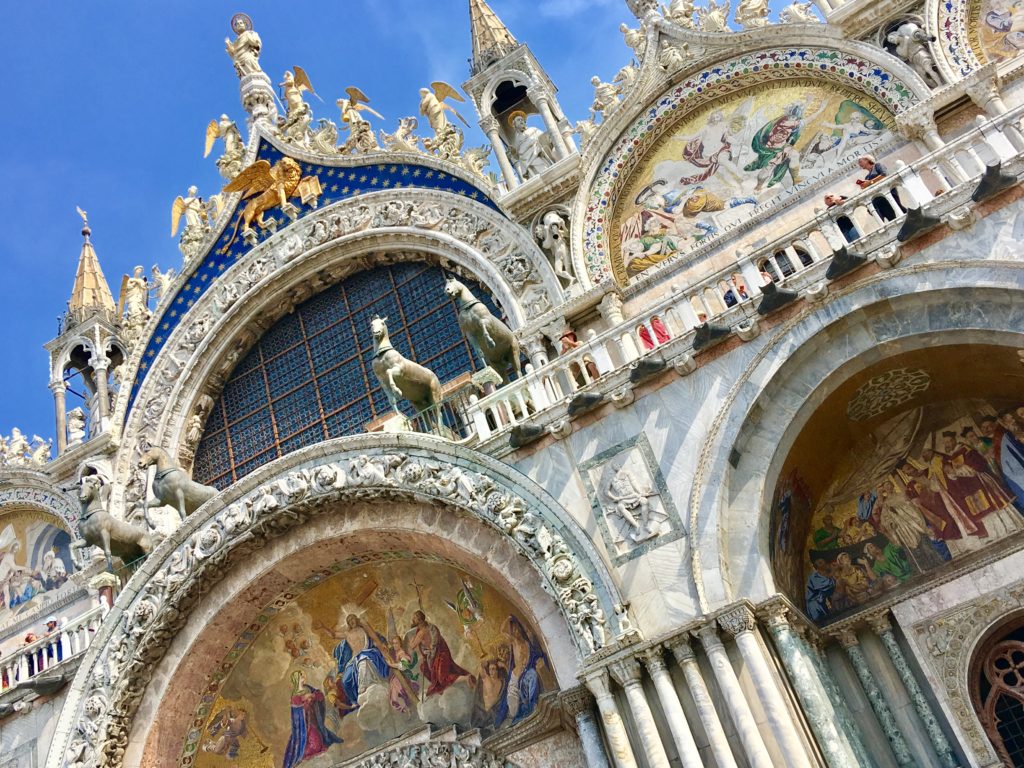 The biggest problem with writing about Venice is that someone better and cleverer than you has already said all there is to say about the world’s most photogenic city. 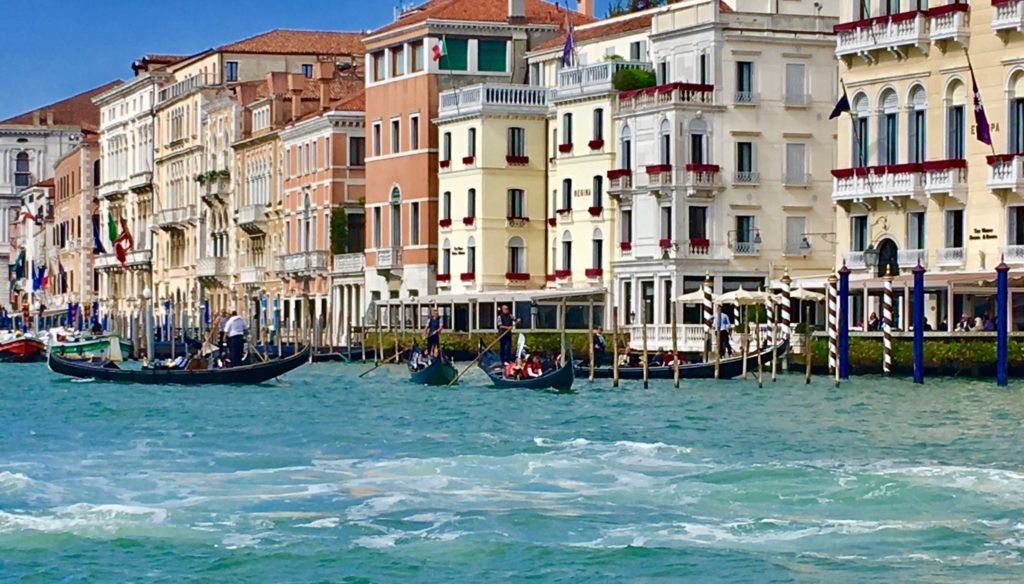 Maybe say nothing and let the 1000 photographs you took tell the tale? Someone better and sharper eyed has taken that photo before you. And nobody really wants to be sat scrolling through a series of images it took you a full day to collect. Remember photography books are edited so only the truly great shots are published not all the dross we photograph. So I will as ever take comfort from the word’s of Professor Corky McGuinness my Musical Aesthetics teacher: ‘That someone thought or discovered something before you matters little – that you discovered it yourself counts for everything’. Reach for your own thoughts and ideas.

Everyone has different ideas and advice as to what to see and when. But they all agree on one thing… no maps! Go and get lost. Walk down the narrowest lanes. Cross the canals and head to the pathways nobody else is taking. Find your own Venice. Everything and everywhere is Venice is heavenly to the eye. Everything is two sided too. I never understood that before, the two faces front and back. It’s about contrasts. Yin and Yan. Day and night. Resplendence and decay. Locals and tourists. Wealth and poverty. Vast waters and narrow alleys. Life and death. 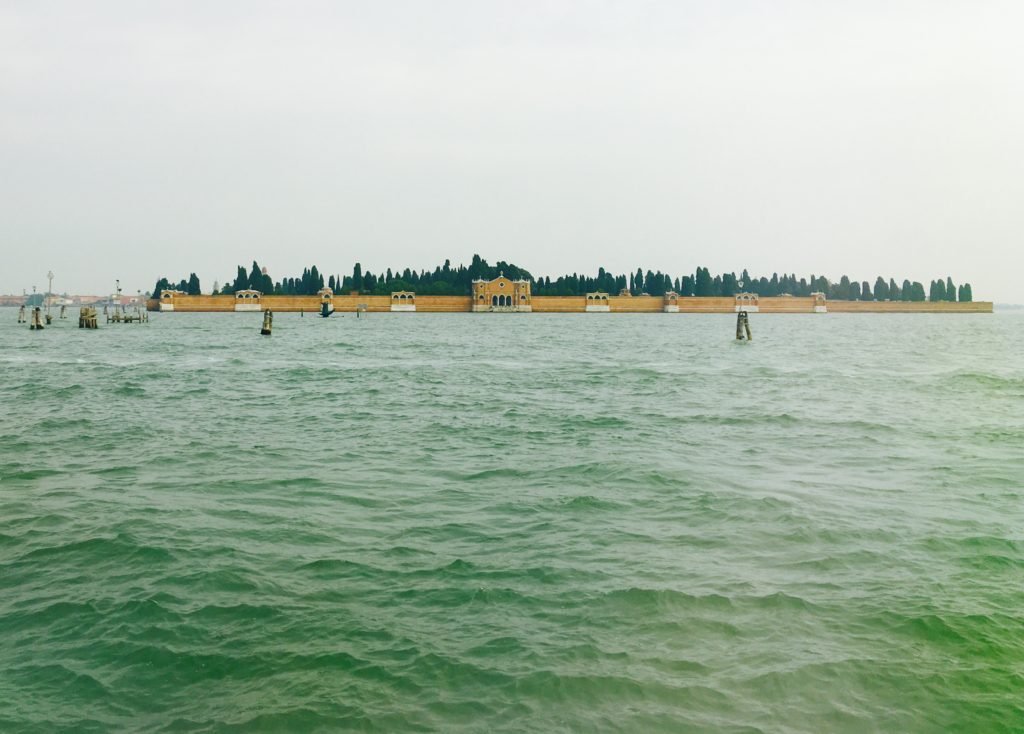 And so I headed out to the Isle of the Dead. Isola di San Michele the floating Cimitero. Until the time of Napoleon the Venetians were burying their dead in the city below the paving slabs. That’s really weird when you consider that the city regularly floods even just from high tides. so from around the 1800s Napoleon made all the dead go to this separate island by Murano. It’s a big place surrounded with red brick walls and it’s rammed to the rafters with dead folk and their ashes all neatly catalogued in drawers stacked high in the many white interior walls. No Dewy numbers Val. All in dates of death of earliest family members. Tricky and not an easy to follow system. I went with a purpose. To find the resting place of that giant of early 20th century music Igor Stravinsky. 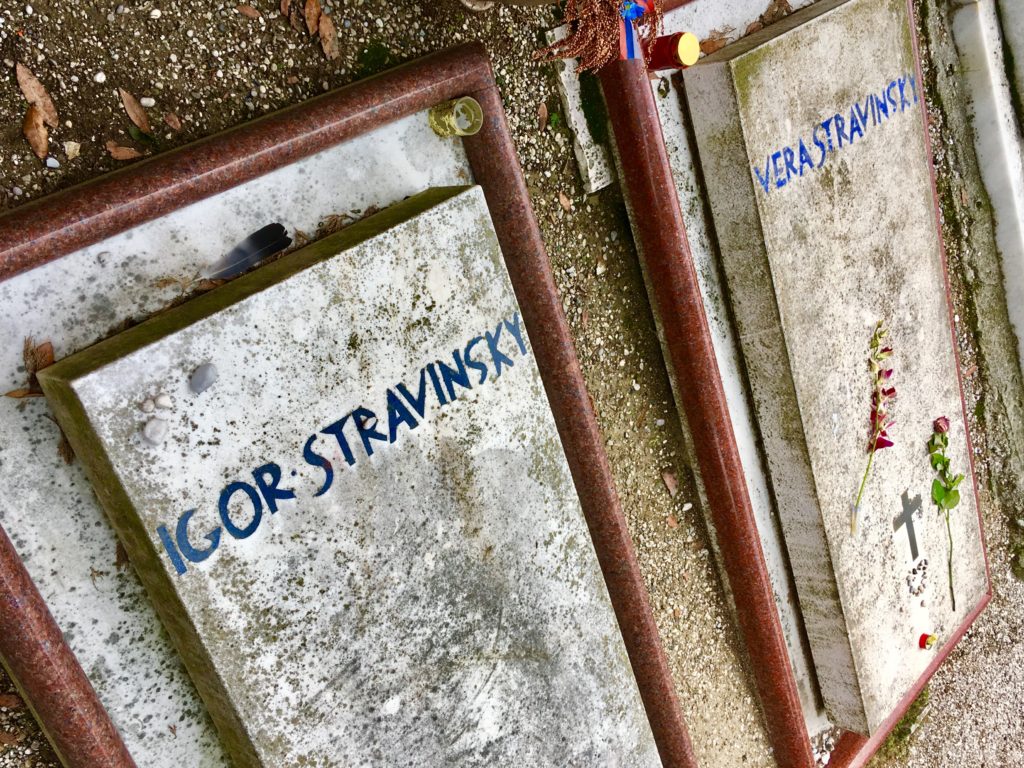 He was situated in the Orthodoxy section next to Vera his wife. Their tombs were simple slabs of stone and oddly moved me very little. No tributes from musicians or composers. No manuscripts or scores yet the grave to his old bezzy, Sergei Diaghilev brought a tear to my jaded eye and a lump to my throat. Also Stravinsky’s was flown from New York to be buried close to his friend Diaghilev which is a fascinating friendship. 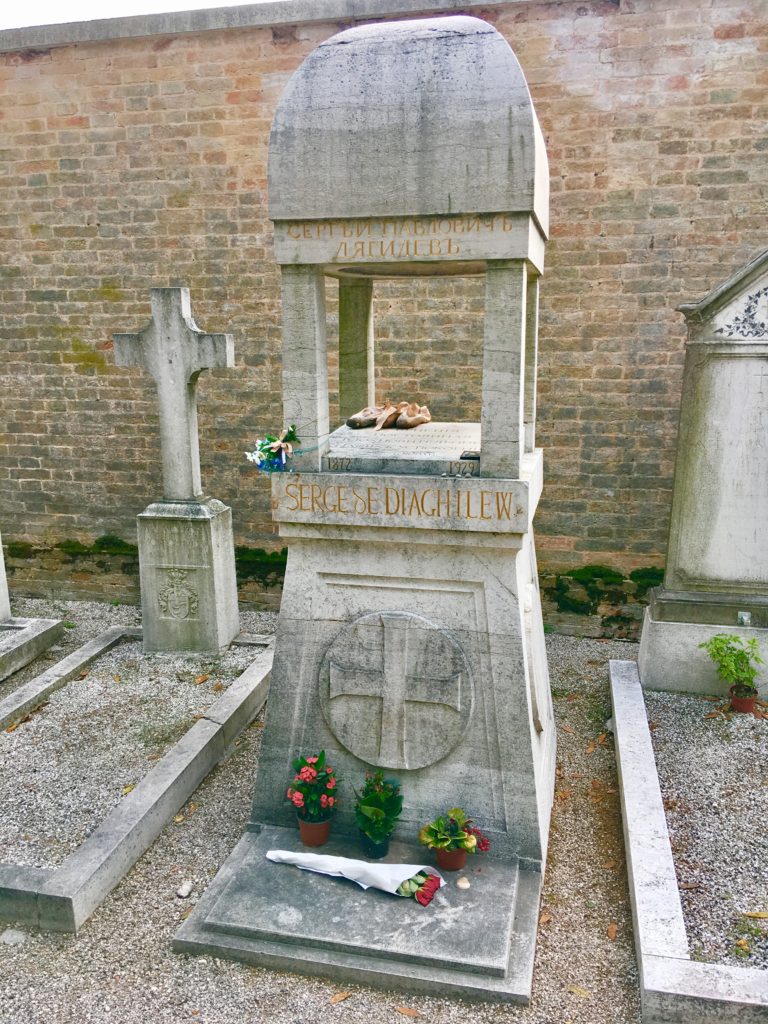 Not a large enough lump to silence me from making everyone else in the cemetery come and see though. Behind his headstone alter was a pile of pale pink ribboned ballet slippers left in tribute to the great impresario of the Ballet Russe. Absolutely lovely tribute to the man. 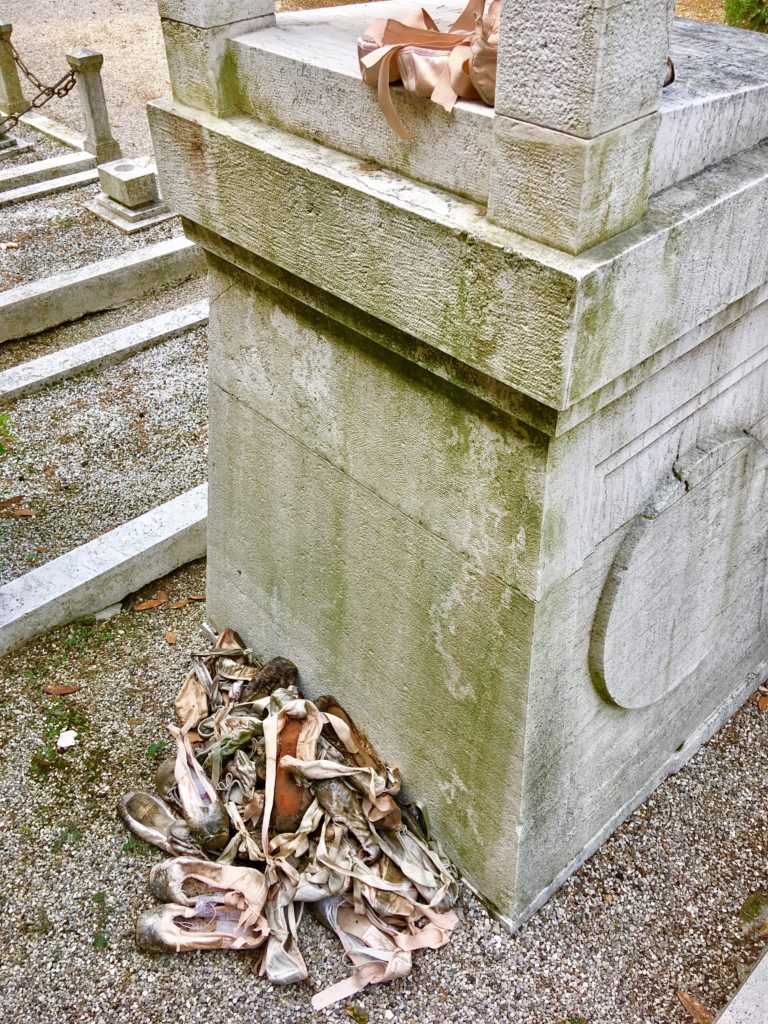 Ezra Pound, I found you not, sorry. the signs just run out.

Returning from the Cimitero to the main city I was amused to see the water ambulance speeding along with its blue lights flashing and even more impressed as it docked in the emergency entrance to the hospital. Without cars of course the emergency services are boats. 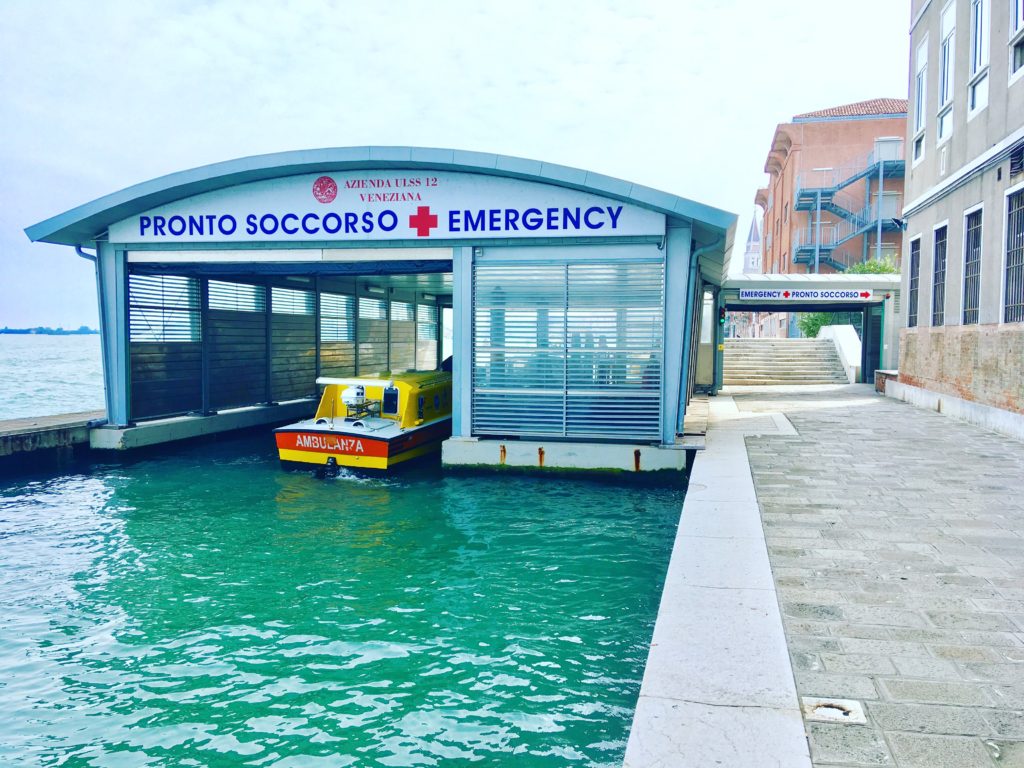 Venice is dense with vistas and especially rammed with bridges. Just counting the city and not the islands surrounding it there are almost 400 bridges. New city rules have introduced scaffolding ramps to aid wheelchair users, disabled visitors and prams. These temporary structures should be just that. A better and more permanent solution is needed and greater numbers too. But that will be a difficult job for the leaders of the town. some bridges are steep with steps and will take a great deal to overcome wheelchair accessibility. Maybe the civic leaders could visit Chester, recently awarded the accolade of Europe’s most accessible city. 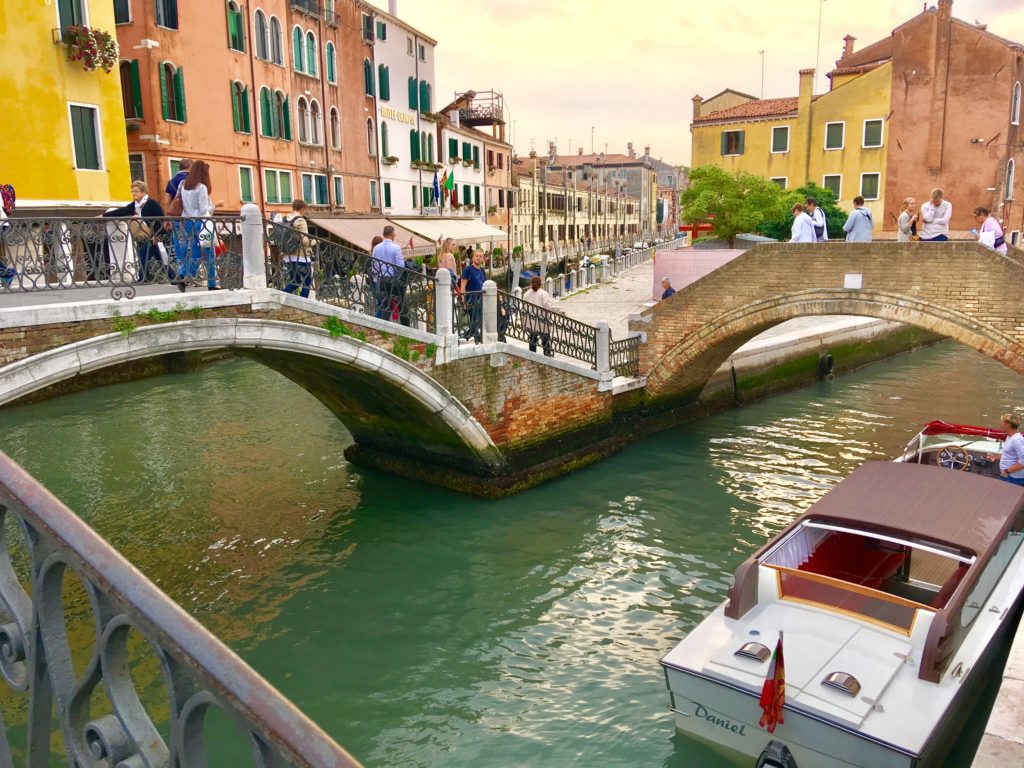 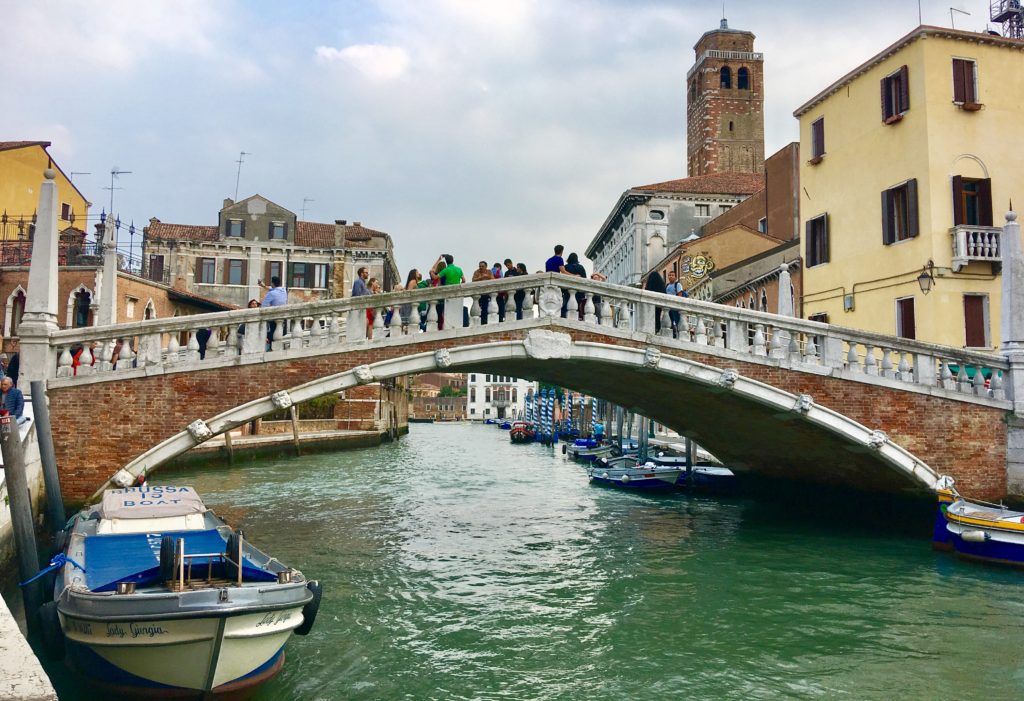 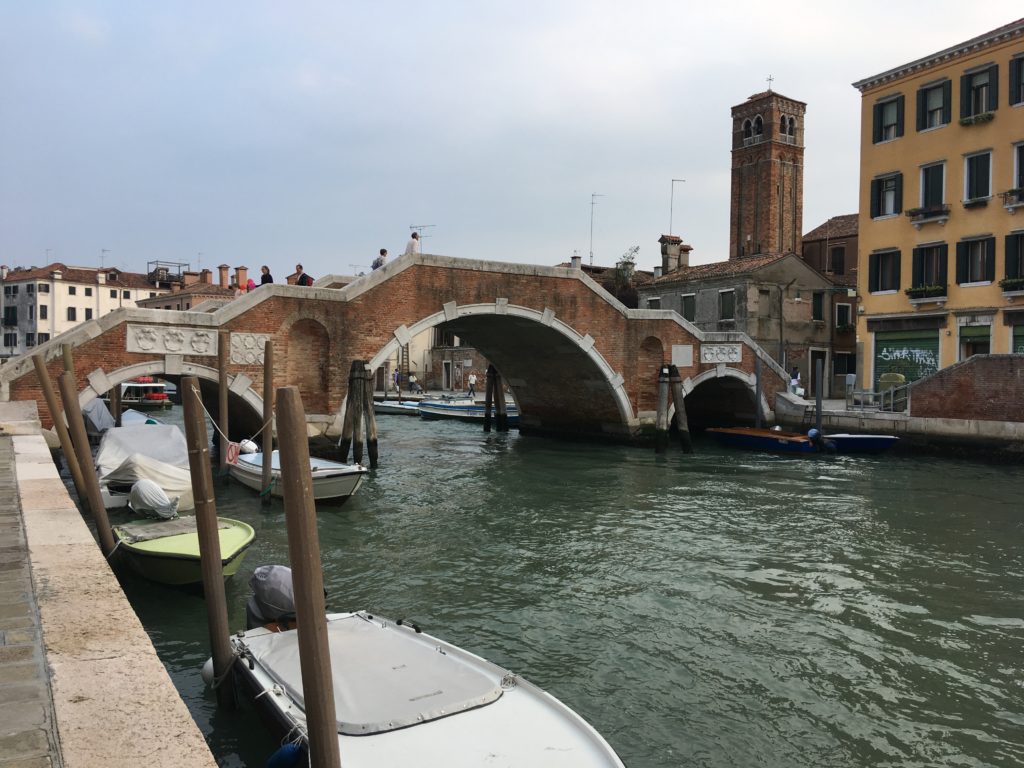 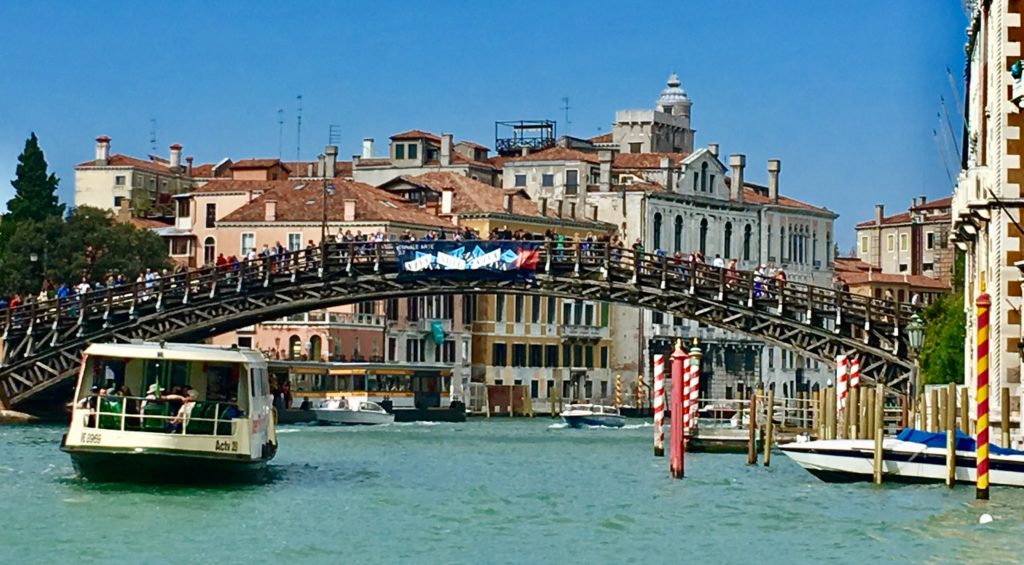 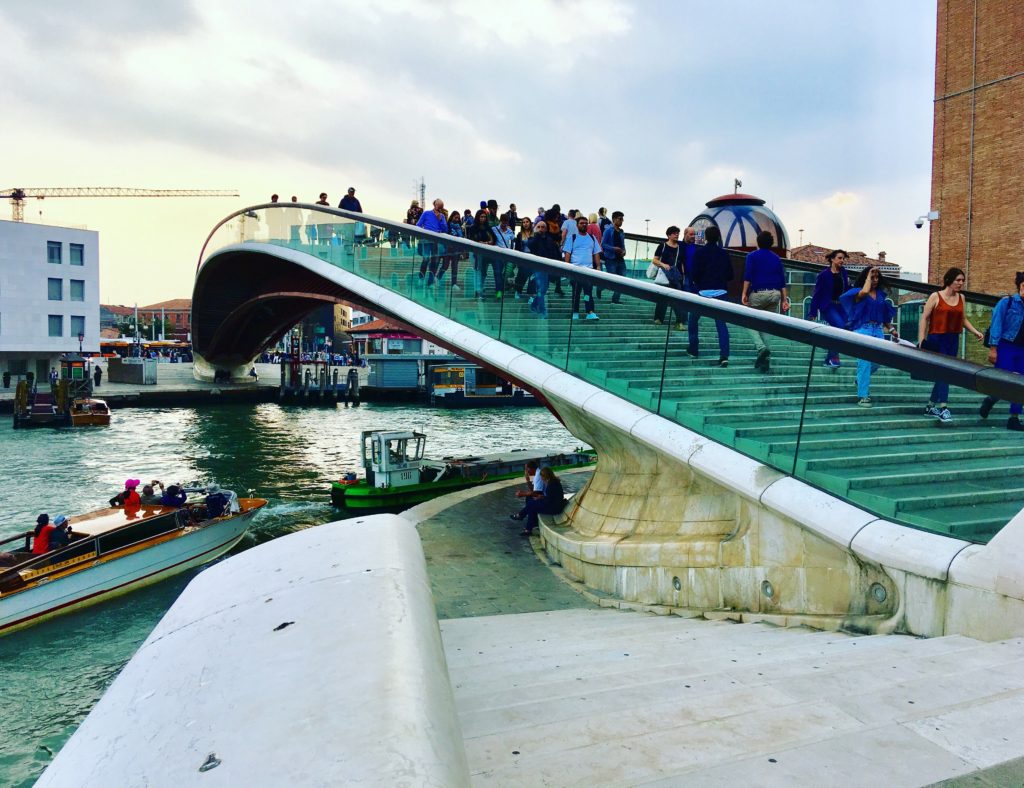 And many of the inner streets and canals are very narrow but this is a main feature of the city’s charm. Barely room to swing a cat never mind fit two gondolas and all the visitors that stream in everyday. 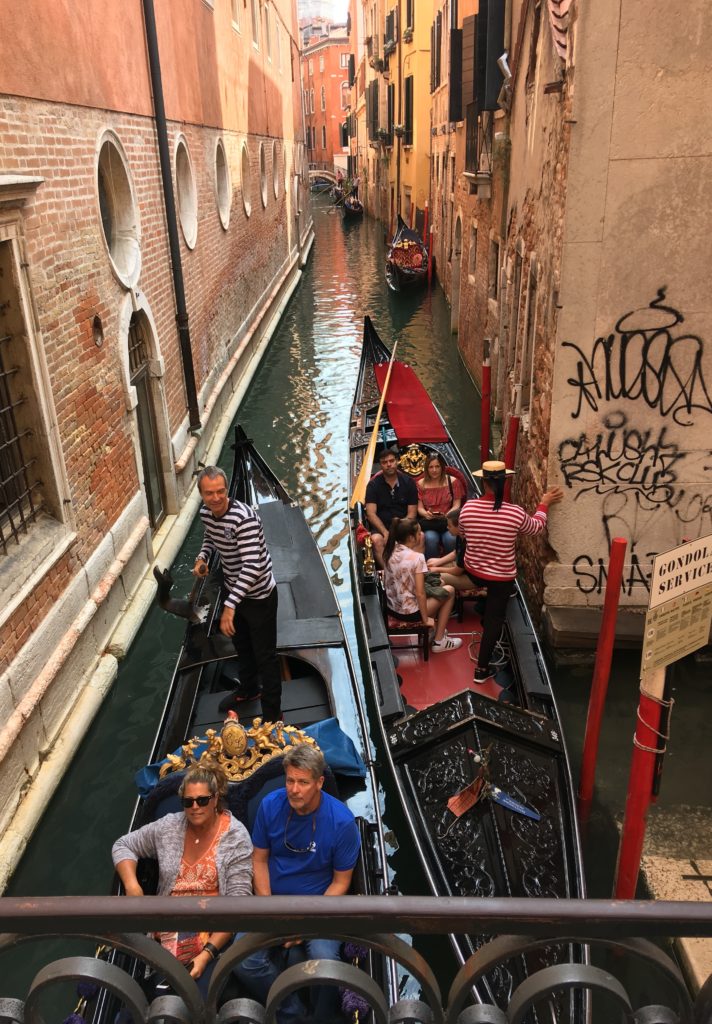 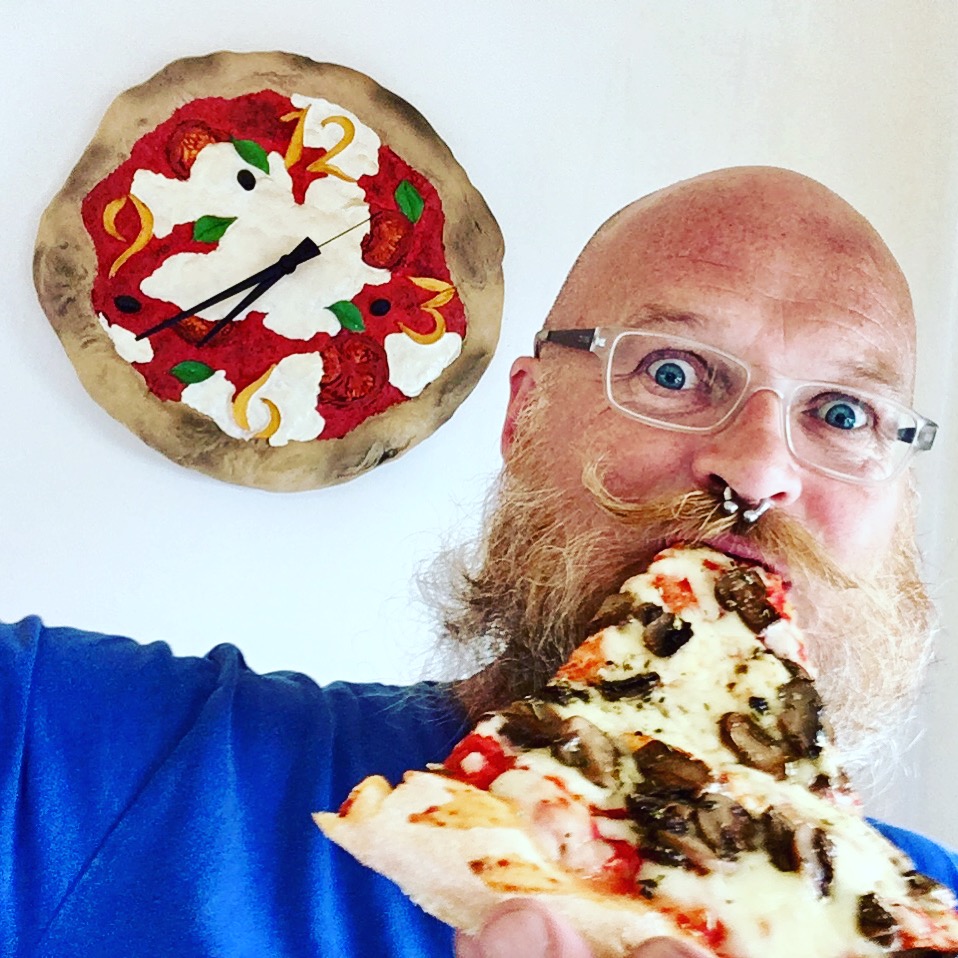