In 55BCE at about 9am on the 26th of August Julius Caesar’s fleet arrived off the coast of Dover. Swathes of Britons stood along those famous white cliffs. They must have looked pretty scary as the Roman fleet decided to sail a little further north and land at Deal. As we know he succeeded and so the Romans began to create a huge infrastructure project that covered much of Britain. Dover is a valley between two hills with a river running out into the sea. Dubris was built on the edge of the Dour river and to help locate the port two lighthouses were built one on each hill. One Pharos still exists to this day high on the east hill within the walls of Dover Castle. 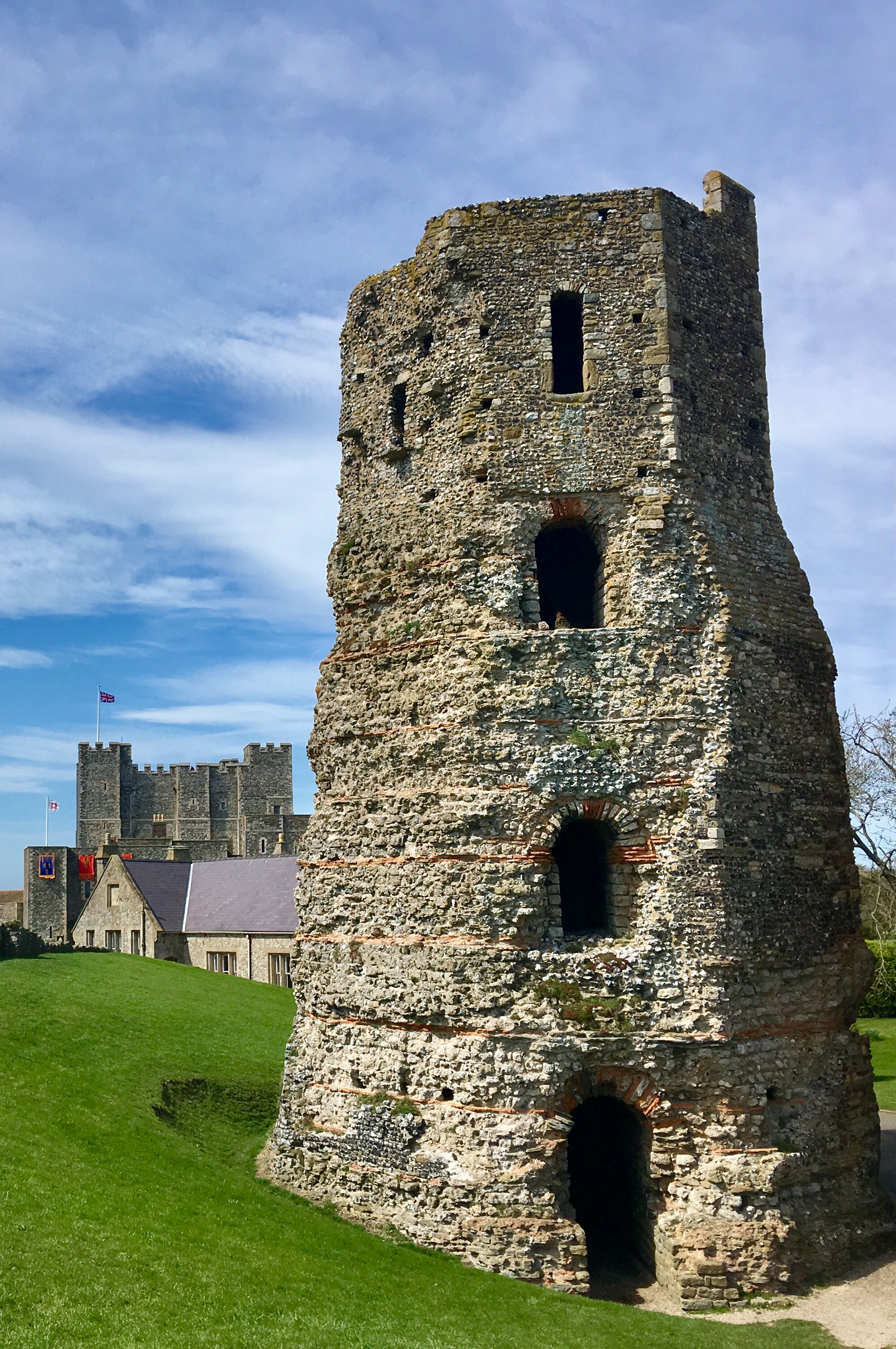 This huge tower is impressive for a structure so old. During the Saxon period it was converted into a bell tower and a church was built alongside it. I was not expecting it to be so very massive especially given its location high on the cliff next to the corrosive salty air of the sea. Perhaps it is made from that fantastic Roman cement? The everlasting stuff that cannot be reproduced in the modern era. With all our marvellous science we are unable to understand how the hell they made that impressive mixture. 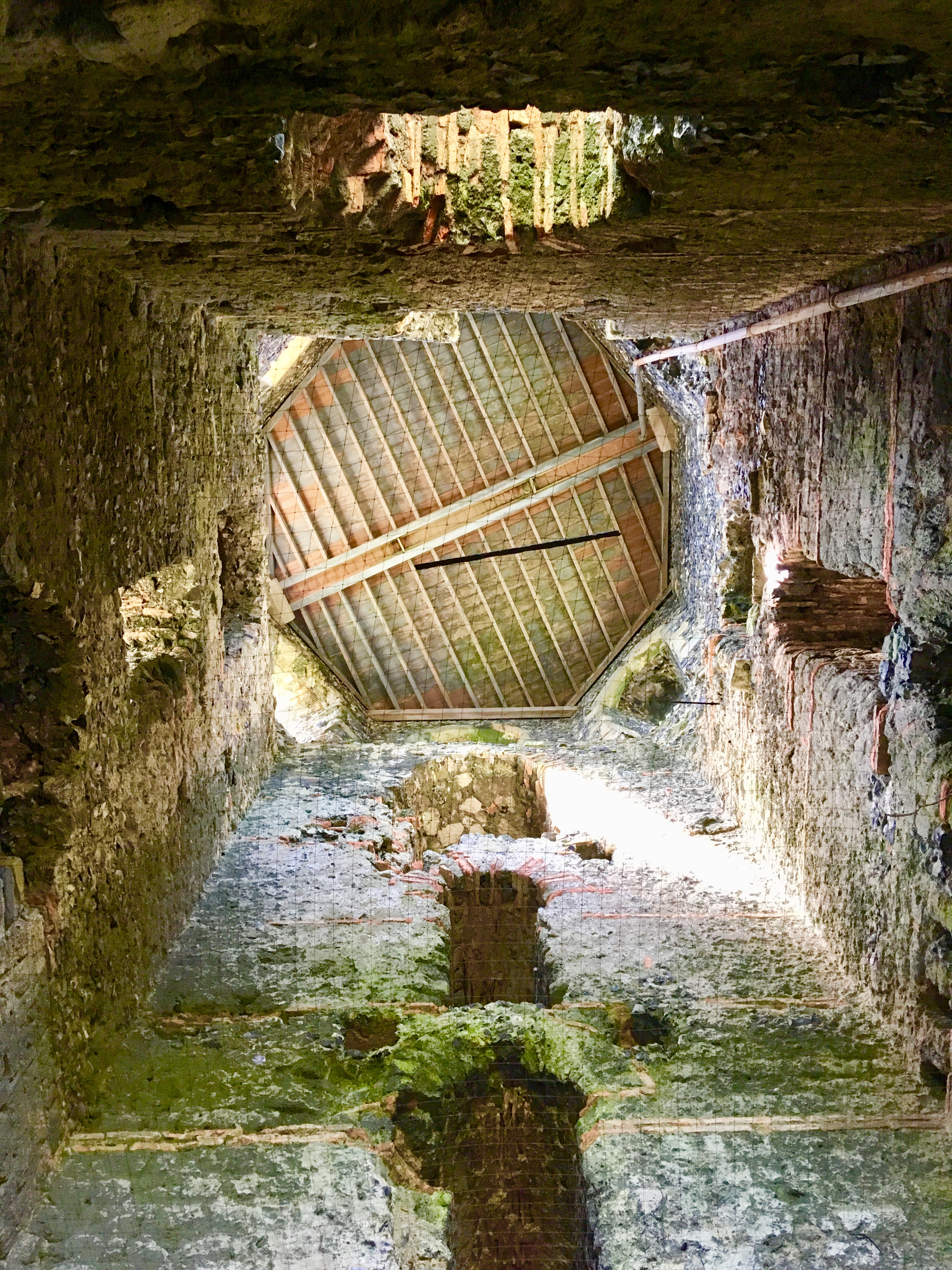 Dover was integral to Roman life in Britain. They arrived here and it was the last place when they left and yet until the 1970s little was known of Roman Dover – Portus Dubris – until the Kent Archaeological Rescue Unit began to uncover the wonders that were Dubris. Brian Philp and his team began by finding a fort wall and a painted wall of a house. But there was so much more hidden below the soil and while Brian personally financed the cover that exists of the Painted House there is also many other structures alongside it. Sadly these were excavated while the bypass was being constructed but they have been filled in. Including a military bathhouse for the washing of dirty soldiers. Here is a map showing the vast area of the remains. Though presently the Painted House is the only part uncovered and able to be seen. 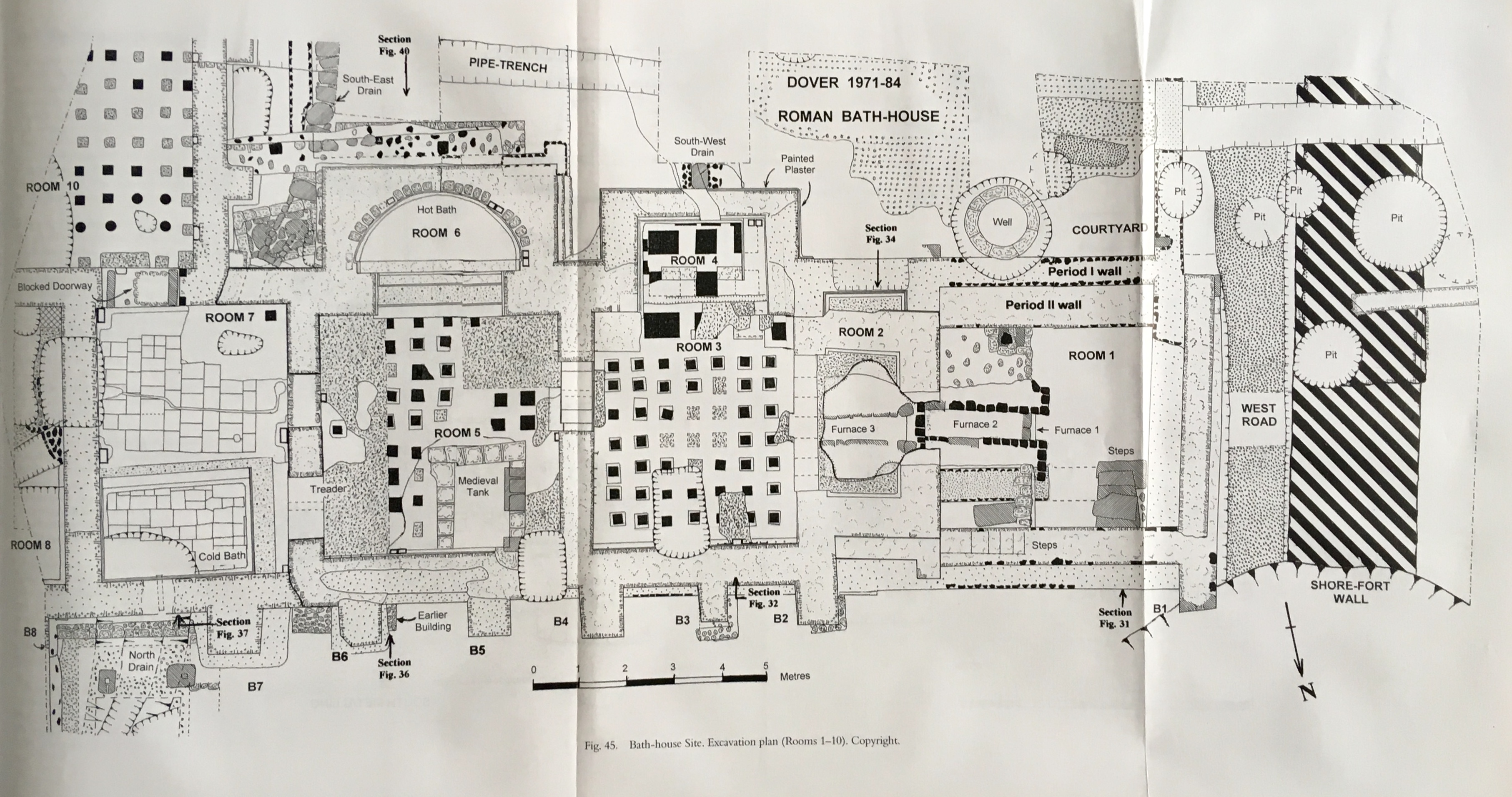 This painted house was at first presumed to be a brothel but experts said the Bacchus, Cupid and dancing women were not pornographic enough and it is now understood that it was most likely a hotel. 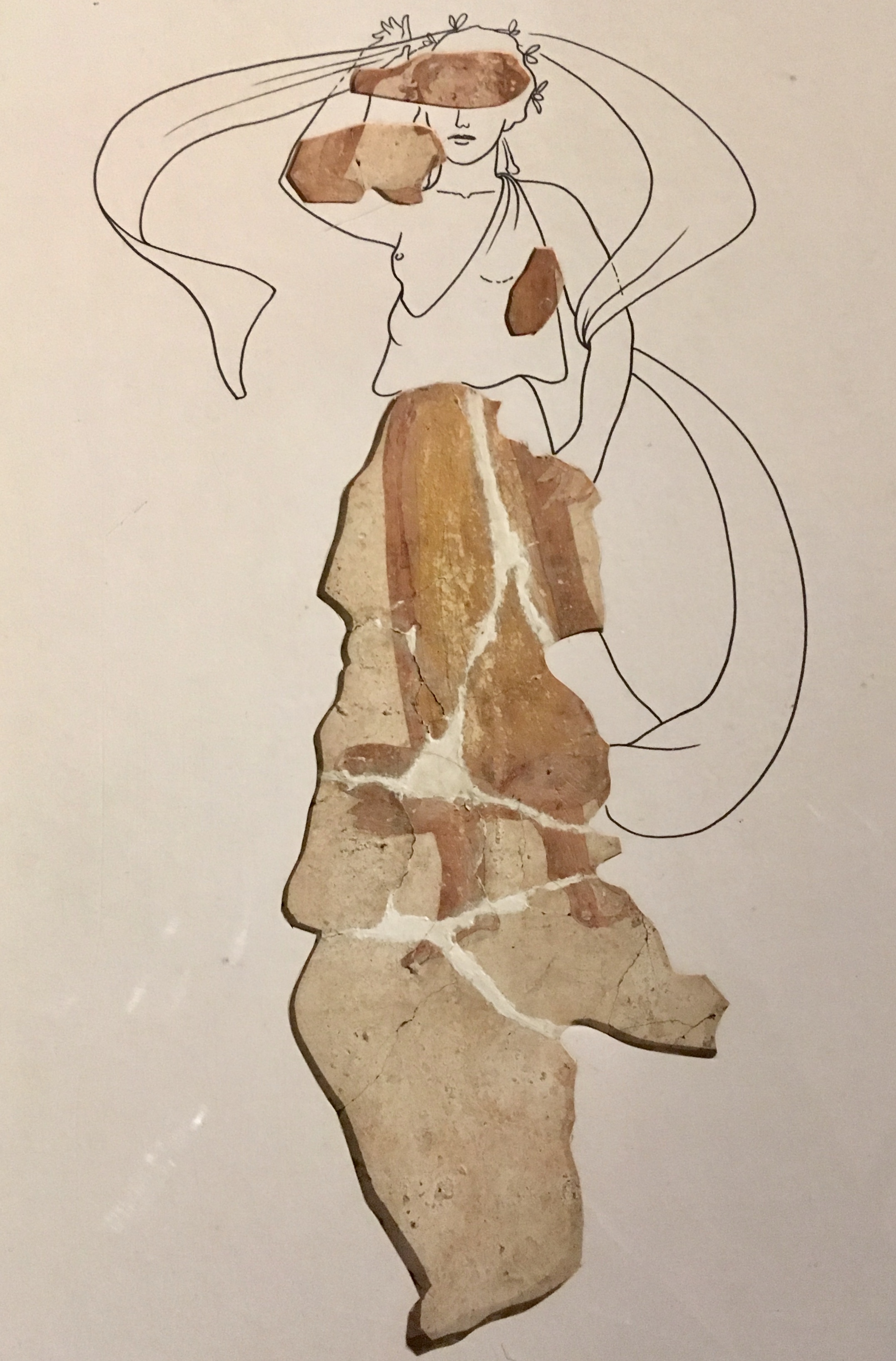 Being a hostelry makes sense. You sail from France and will need a place to stay when you hop of the ship. And maybe a place to bathe after the boat journey. Most impressive is the underfloor heating that the Romans created in their buildings. 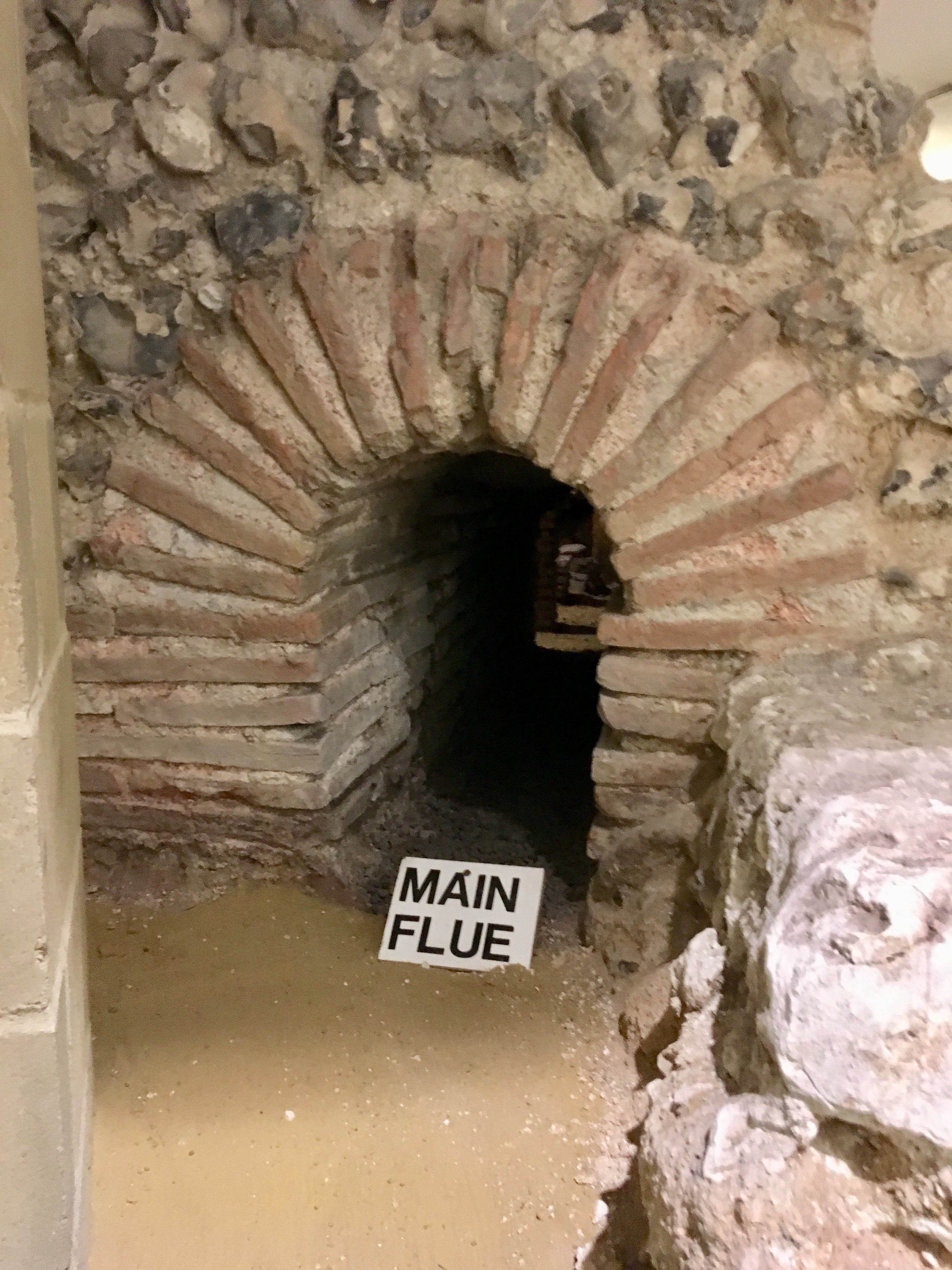 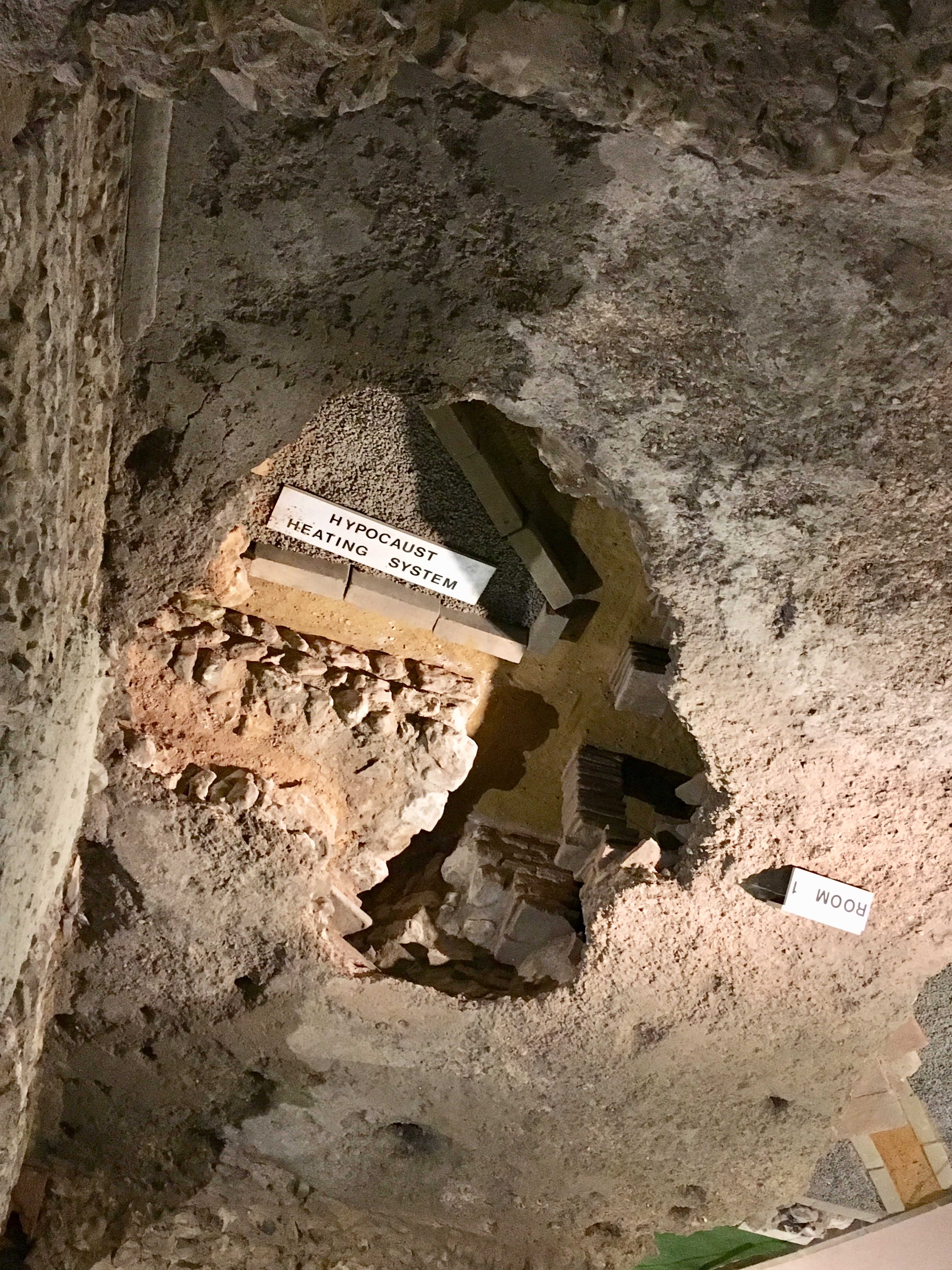 Originally designed to heat bathhouses, in the chilly winters of Britain this would have been needed in all Roman buildings in the colder climes outside of Rome. The Painted House has the flues beautifully preserved and this really helped me understand the engineering and building needed to provide the hot air that circulated under the floors. But more amazing is the fact that the flues ran inside the walls to heat the floors of the upstairs rooms. Wow. 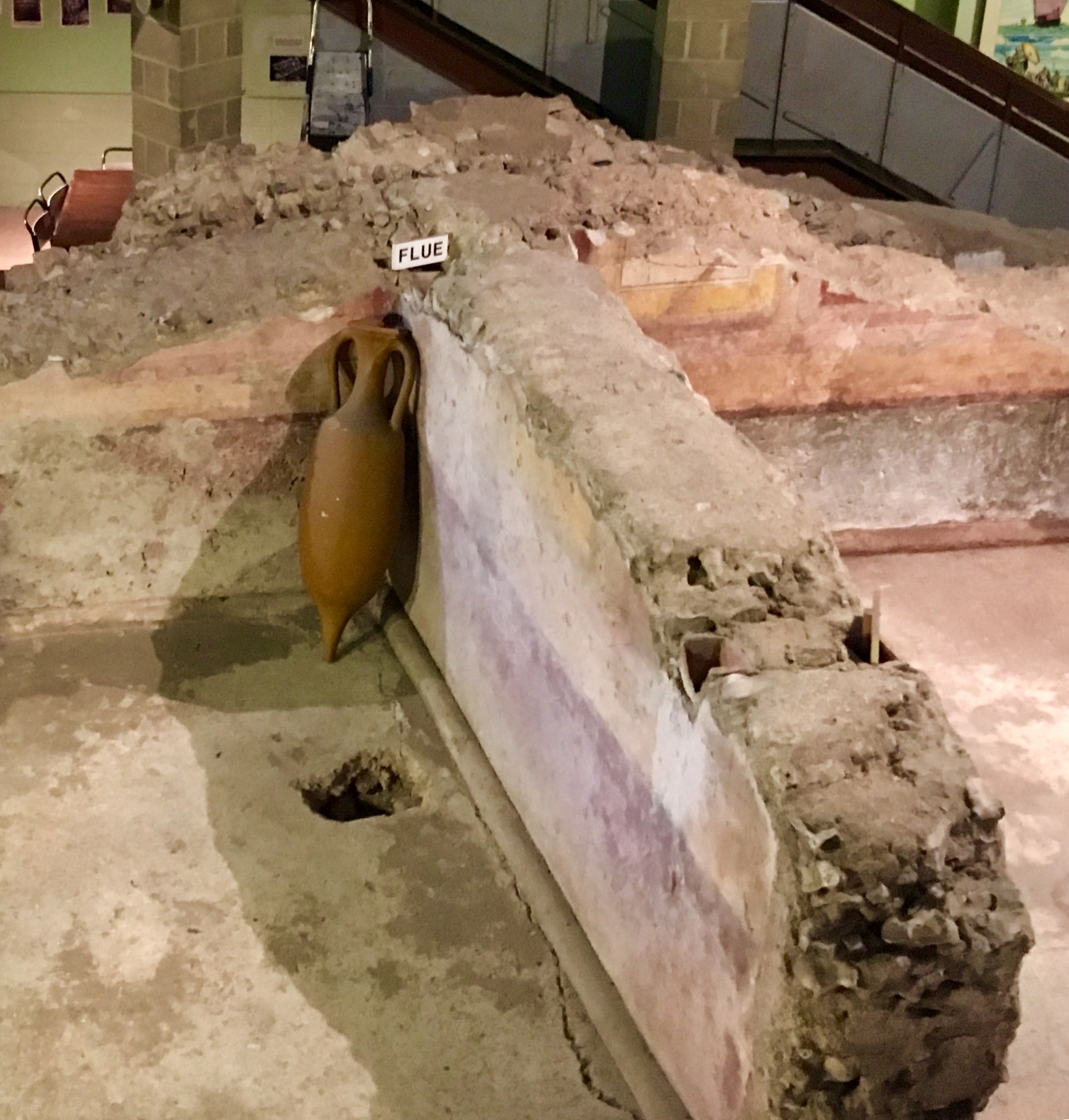 This I had never appreciated before. And then when the Romans left so too did the knowledge. And we entered the dark ages. And bitterly cold ages. During the medieval period after the fort walls had collapsed on top of the Painted House several sets pits were dug through the floors of the Roman buildings. And they never wondered what these floors were? Or perhaps they didn’t care to remember the Roman days? I suspect looking at our modern civilisation they likely thought they were so in advance of all societies that came before them that old Roman structures just didn’t matter at all. 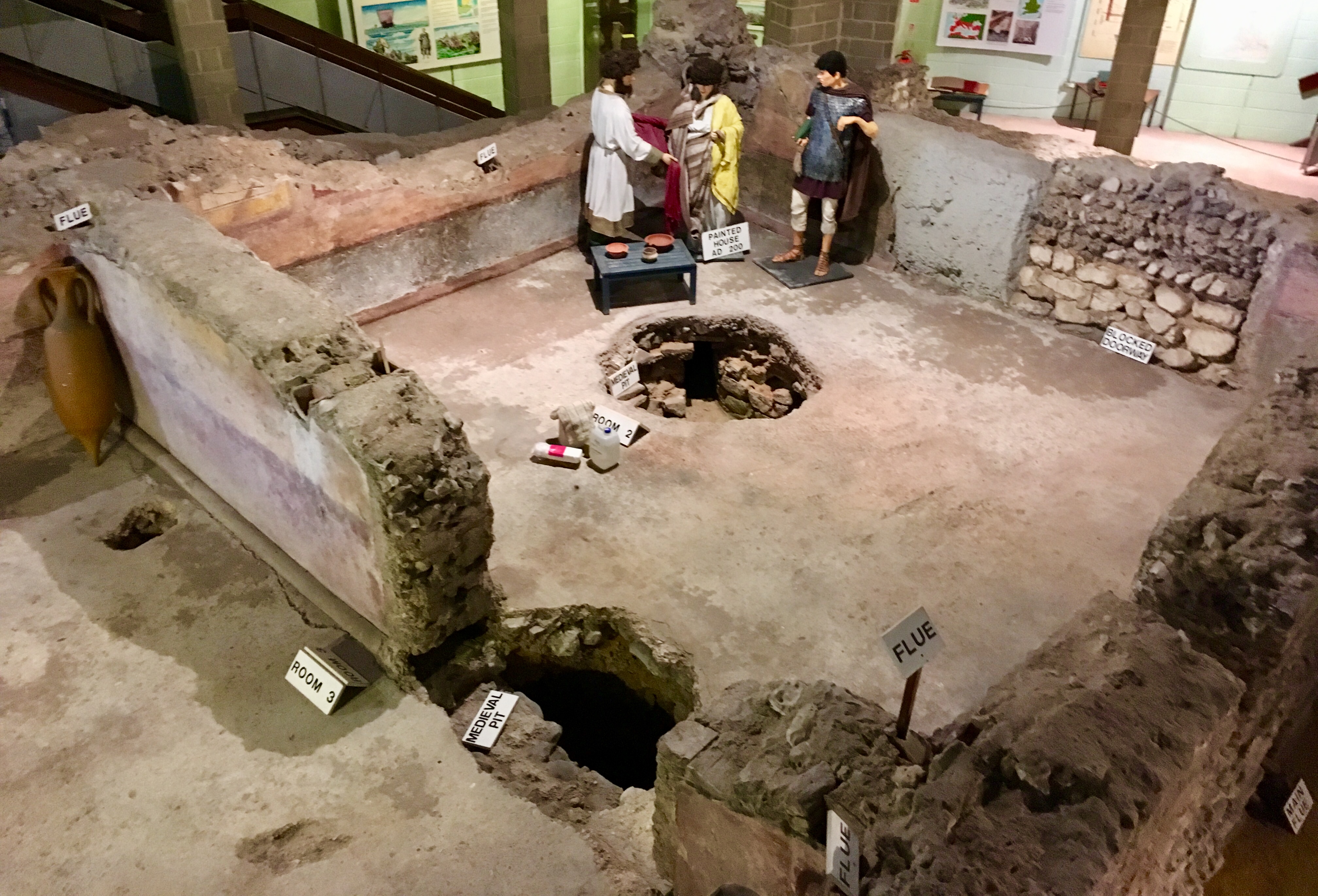 The height on the still remaining painted sections of the walls is very impressive. These plaster walls were preserved after the fort walls collapsed into the painted house. Though the colours look a little dusty I was told that with a light spray of water the colours leap back to life. 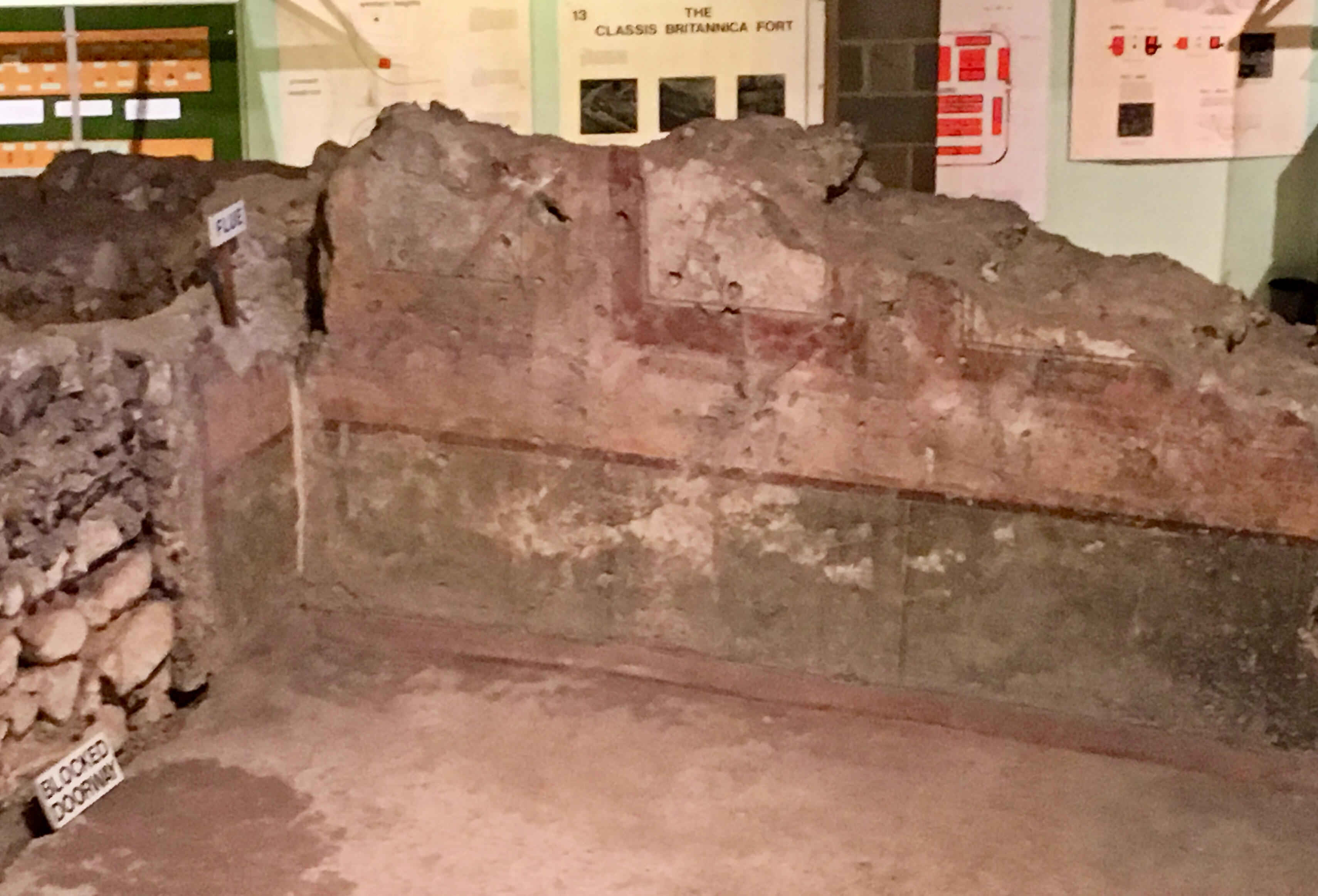 The museum has lots of great interactive activities for schools. Not all magic electronic stuff but hands on old fashion fun. Even Roman games that kids can play. 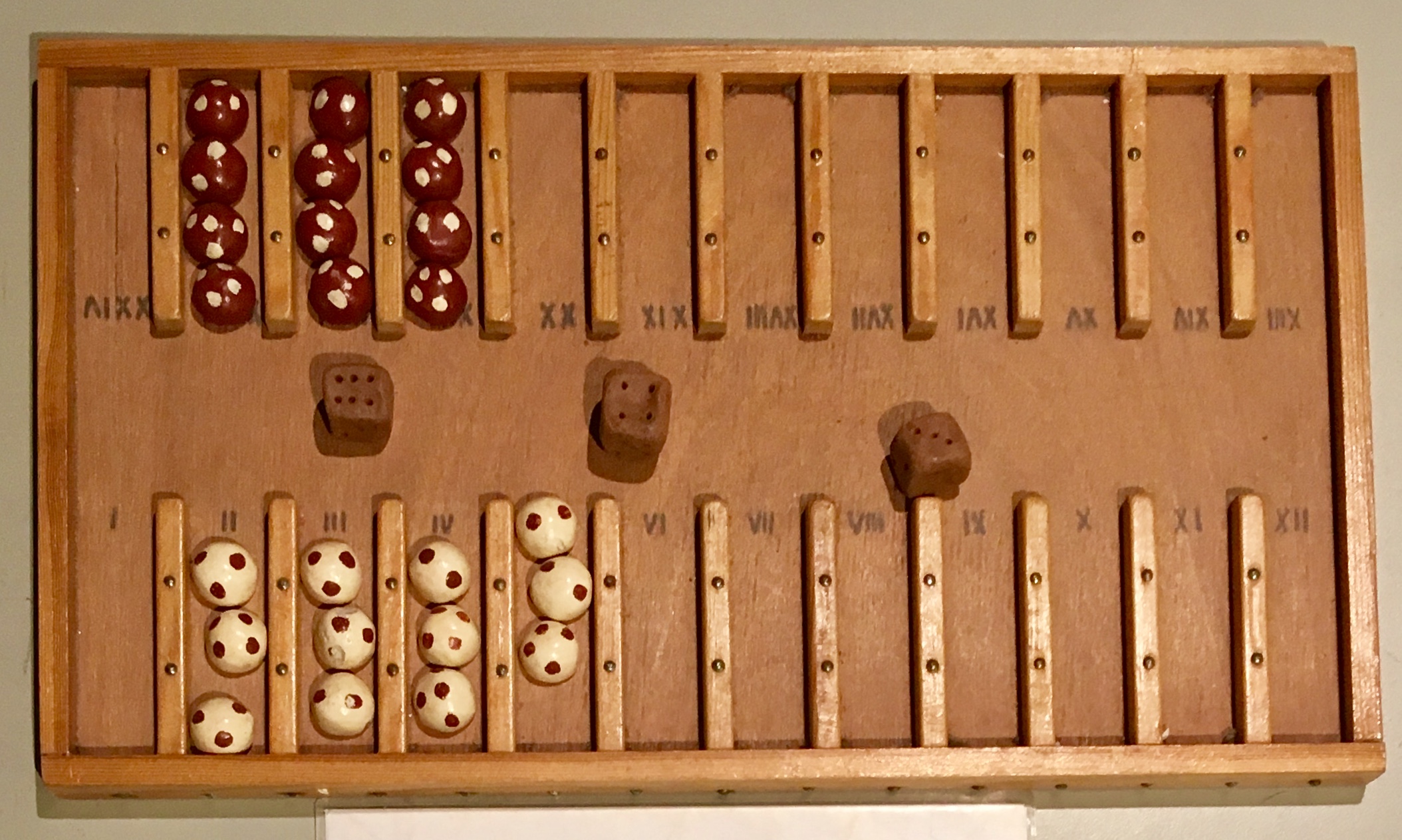 Aside for the remains many other pieces of pottery and stonework were also uncovered here and are on display too. 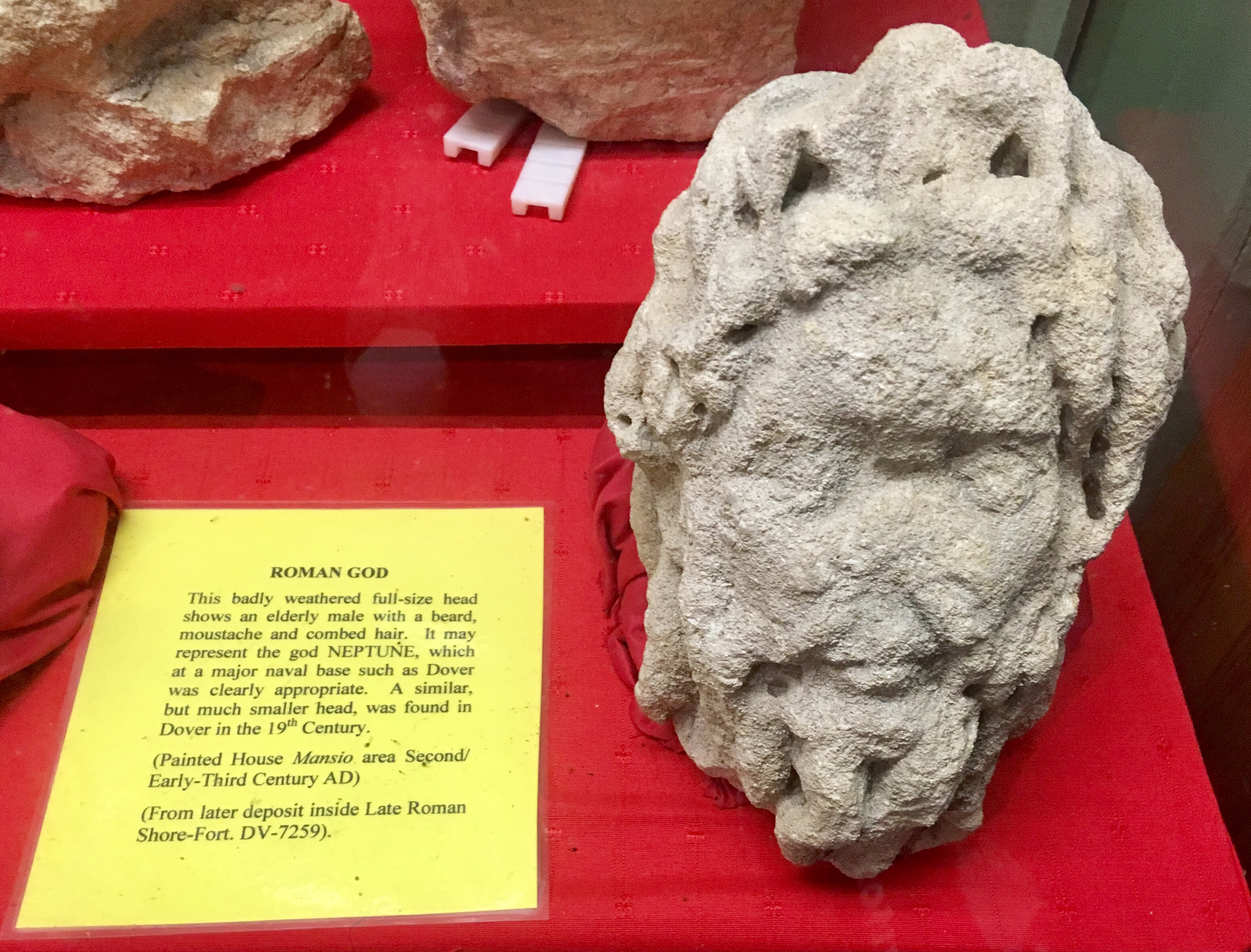 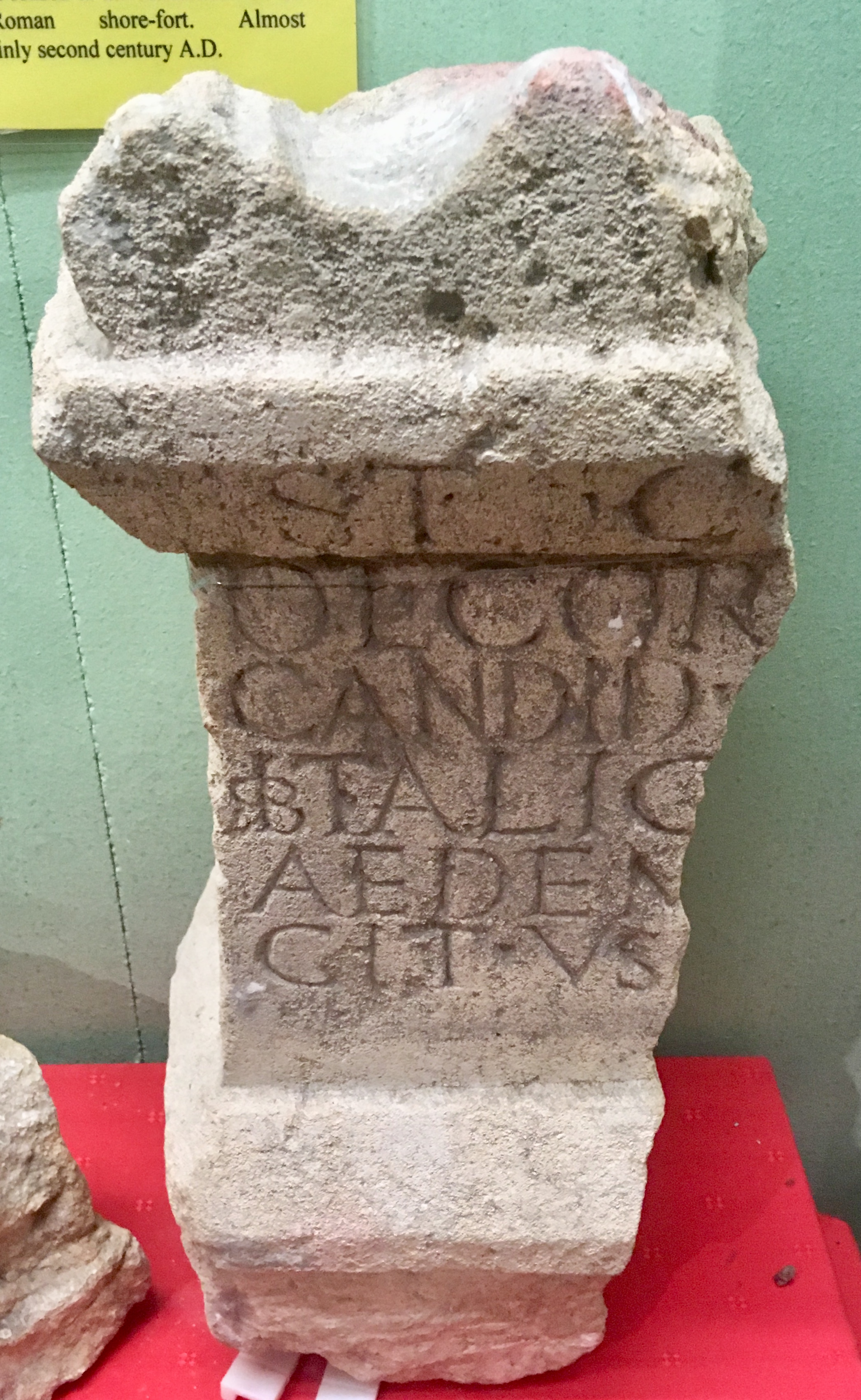 My plea to the National Lottery Fund is to look at the plans laid out in the 1980s to uncover all these buildings and create the most impressive Roman Museum in the heart of Dover. Dover needs this tourism and the nation needs these buildings on show. The painted house is one of the finest remains from the Roman Empire. The colours and the extent of the plaster painted walls is incredible. Then there’s the bathhouse and fort and so much more. Someone somewhere put your hands in you pocket and make this the finest Roman visitor site in the UK. Time Team man! You know wealthy folk. Talk to them. Pester them. Dover needs this. It’s just underneath this car park. Let’s dig it up and uncover it. Let’s celebrate Dover’s Roman past.

Not having a great understanding of the scale of the old Roman city I do fear that the local council might have already built over some of the area. But I can’t say for certain. 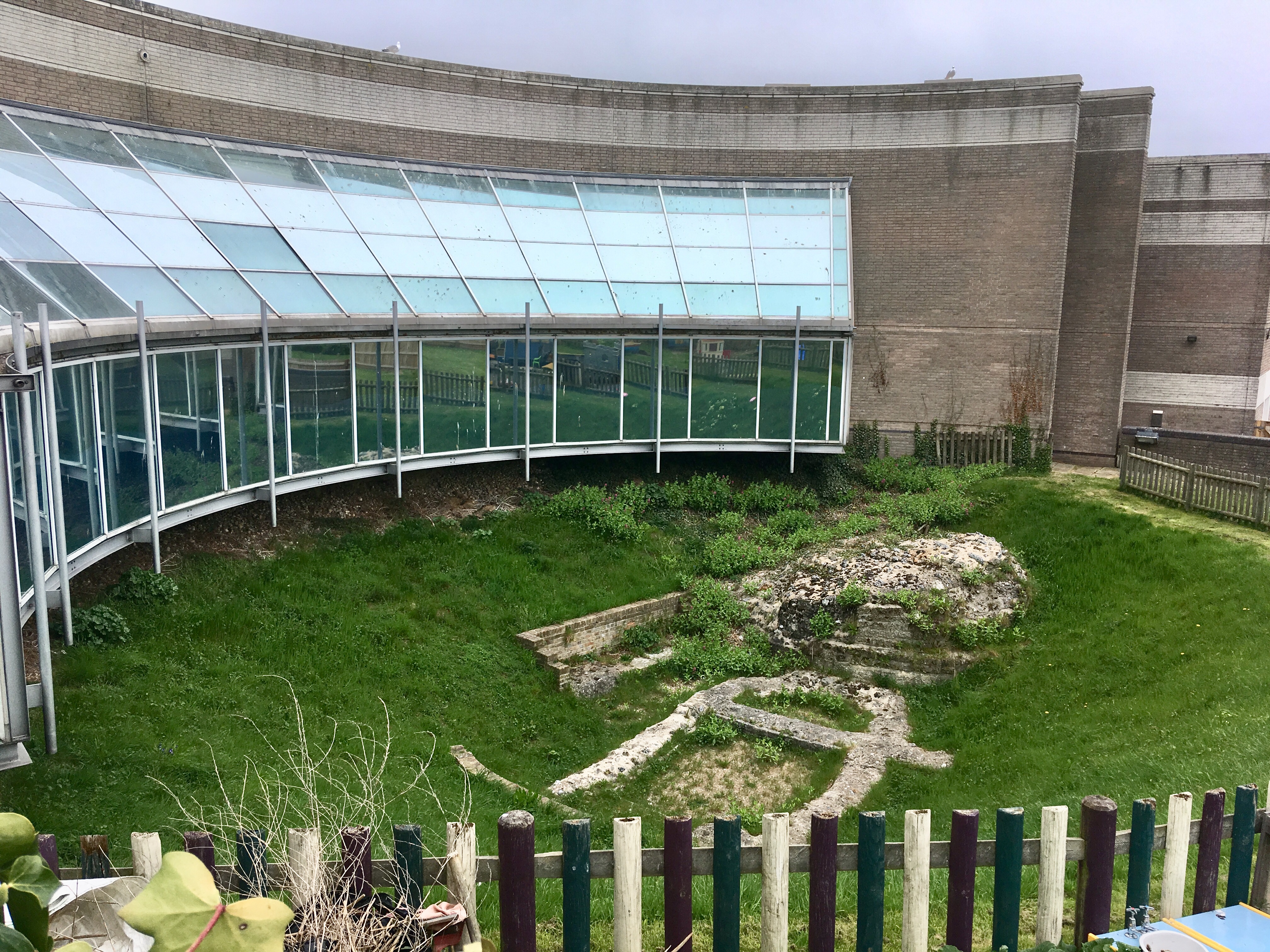 Just at the foot of the road on the side of a crumbling Victorian building Bansky painting a Brexit statement that for the time being will have saved the building. It stands with broken and smashed windows as the new calling card of the UK as EU Nationals enter the country through the Port of Dover. 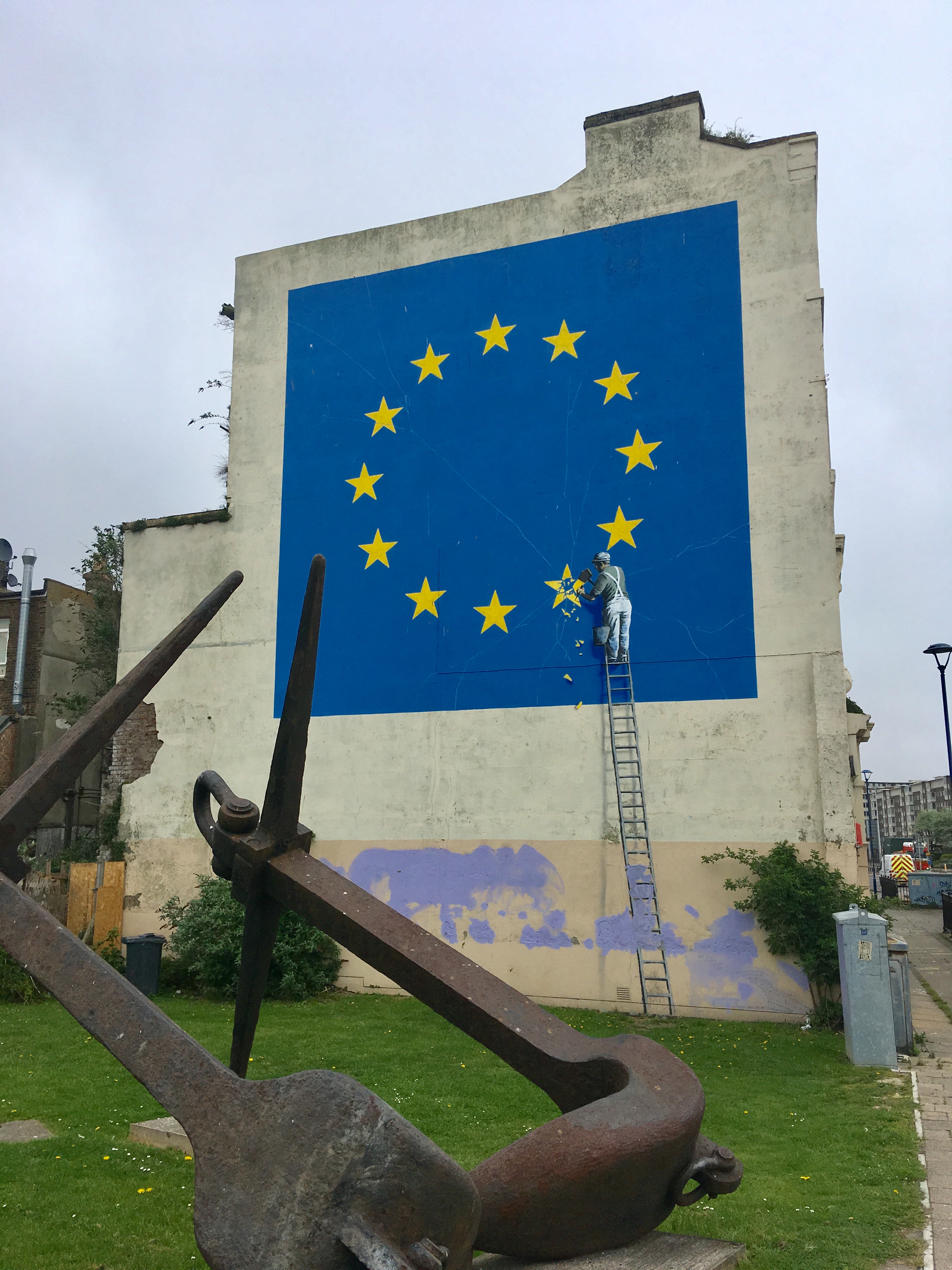 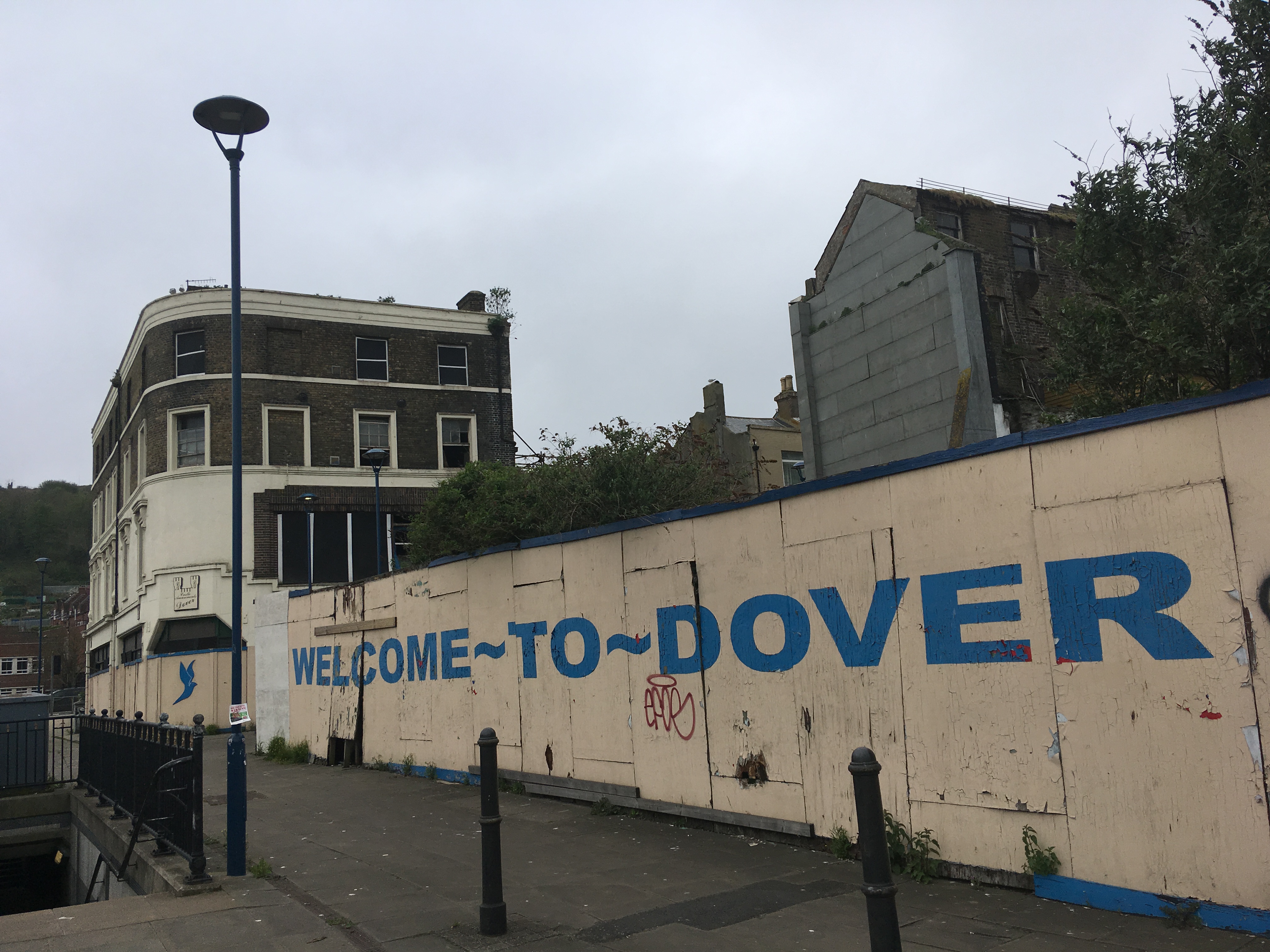 But all over the gorgeous Victorian terraced labour front building after building is boarded up and empty. Someone please save Dover. All of these are empty. Which is criminal. 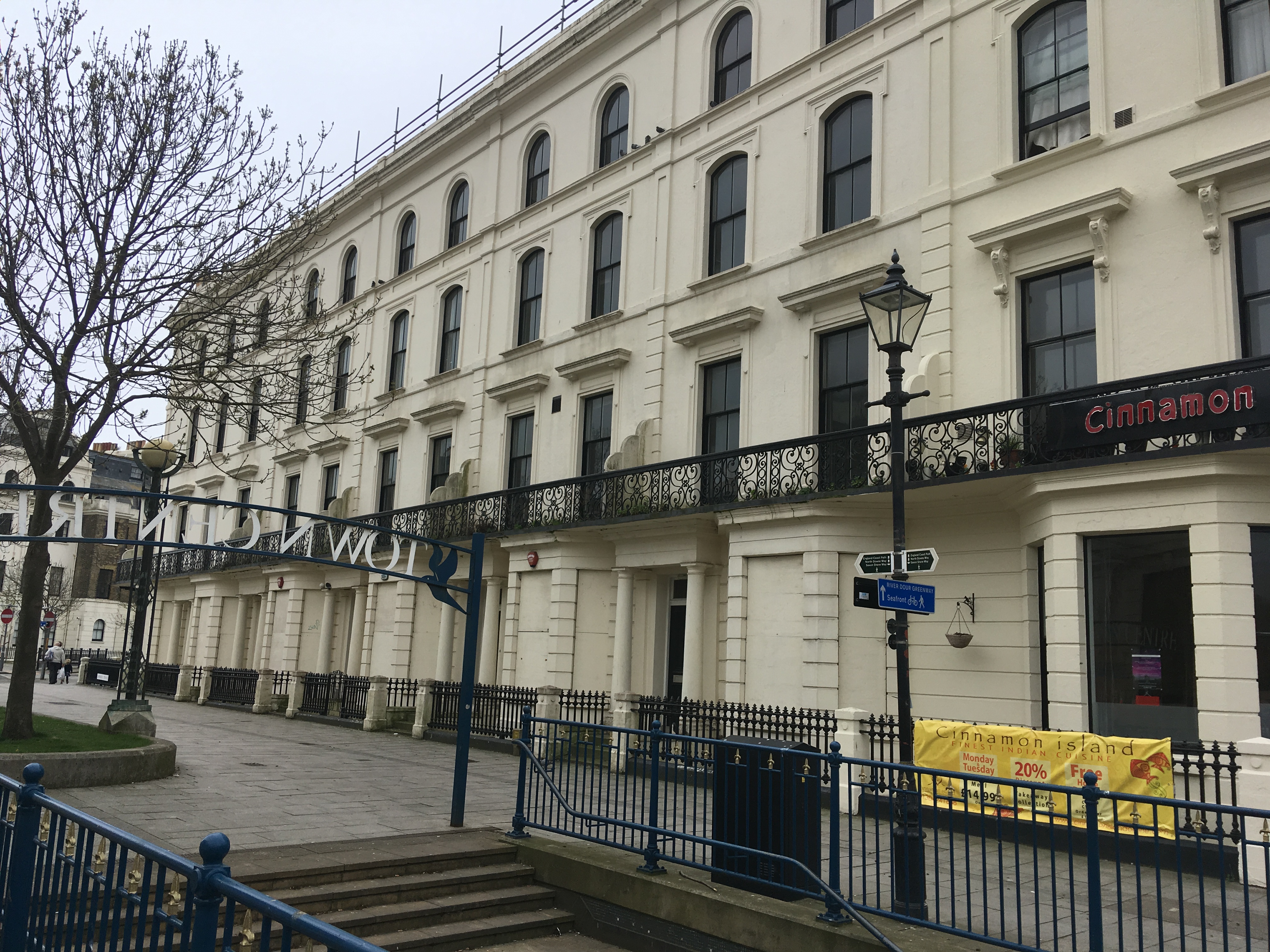 It’s not enough to let private investors move in and build luxury flats when your are neglecting many of the wonderful heritage buildings. 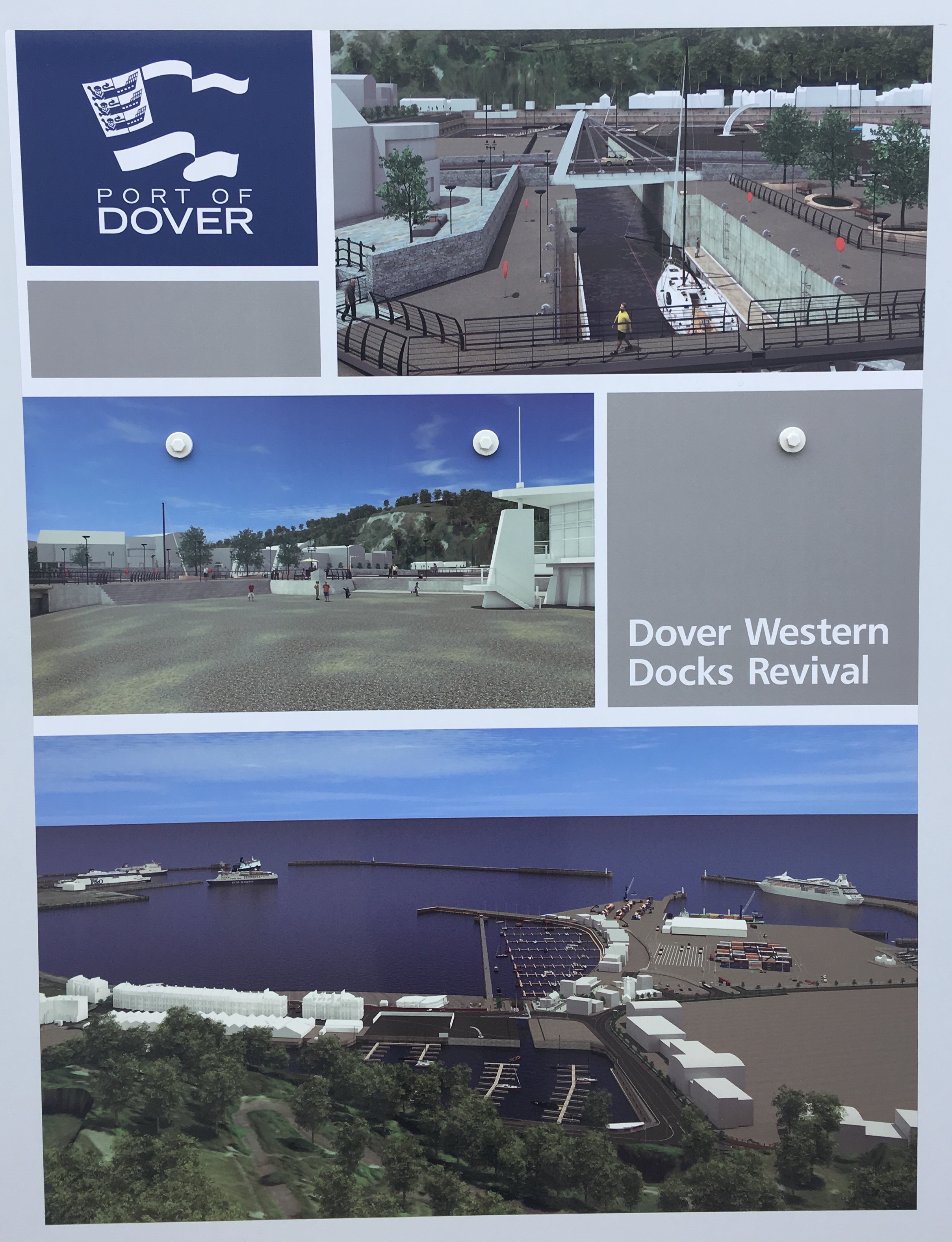 But I guess keeping the past buried is the city’s trademark way of approaching its past. Maybe the Legions of the dead need to rise up and cry aloud to fund Dover and make it great once more? AAAAAAARRRRGGGGHHHHHH!!!! Sorry for the grainy quality. 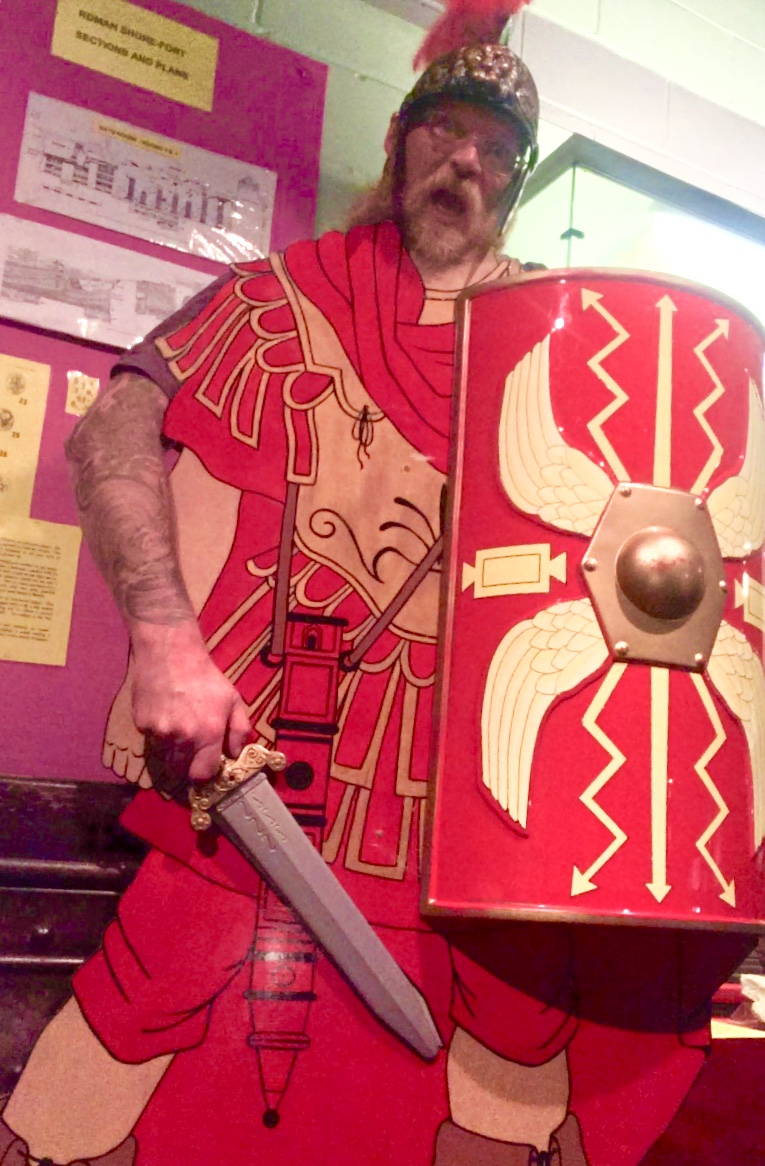 If you’re wondering about the skeleton in the header? This is the lead coffin and its Knight’s Templar resident found next to the ruins and available to see in the Painted House Museum. Thanks also to the excellent volunteers who keep this place open and alive with history. It is just a few quid to enter so I would encourage all to visit and to purchase the many books they publish to help fund this treasure.