So the elections went well

The fears I encountered that the election would turn out ugly were unfounded and many Maastrichtians seemed relieved this morning with the results. I’m off travelling again today and I’m country swapping. At the station I ask about the digging all around and rather than it being a canal of new shops its digging to create a bicycle park. I love you Dutch folk, so very very green and forward minded. 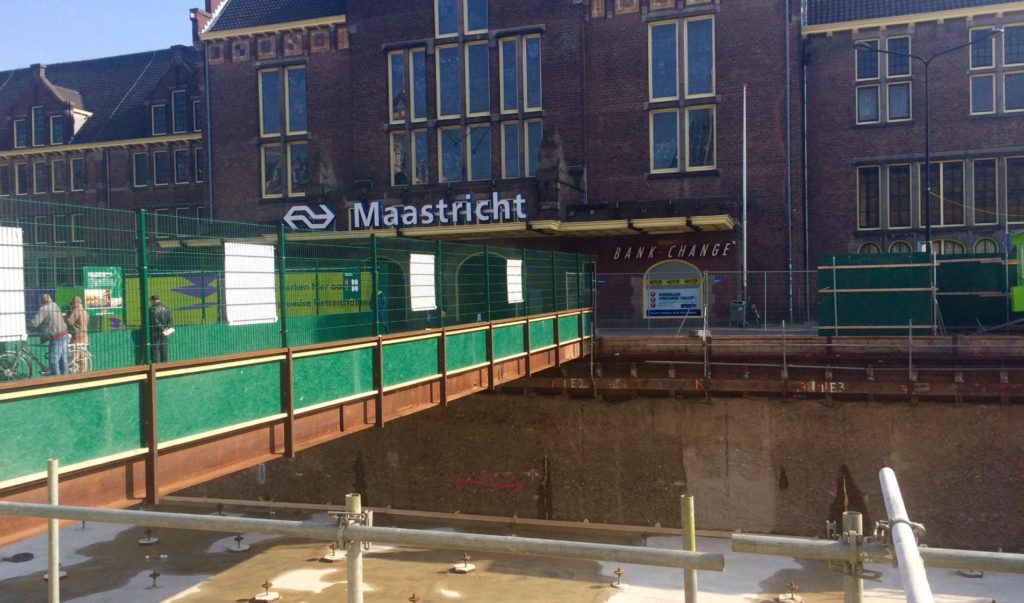 When I went to checkout this morning and was told I’d booked three nights not two. I would have loved to stay but I had a booking in a tower room with city views in Mannheim. However not booking ahead meant the train was going to be slow at every turn. However I had two hours in Liege where I kneeled to swear fealty.

Then to Köln, as they say there themselves. I reach Köln and the thing I’d kinda forgotten is just how close the train station is to the cathedral. They are almost kissing. And then it’s all big modern shops and flats. It’s quite strange to see this magnificent old and overly ornate Köln Cathedral stand out like a sore thumb amid the modernity of this city. 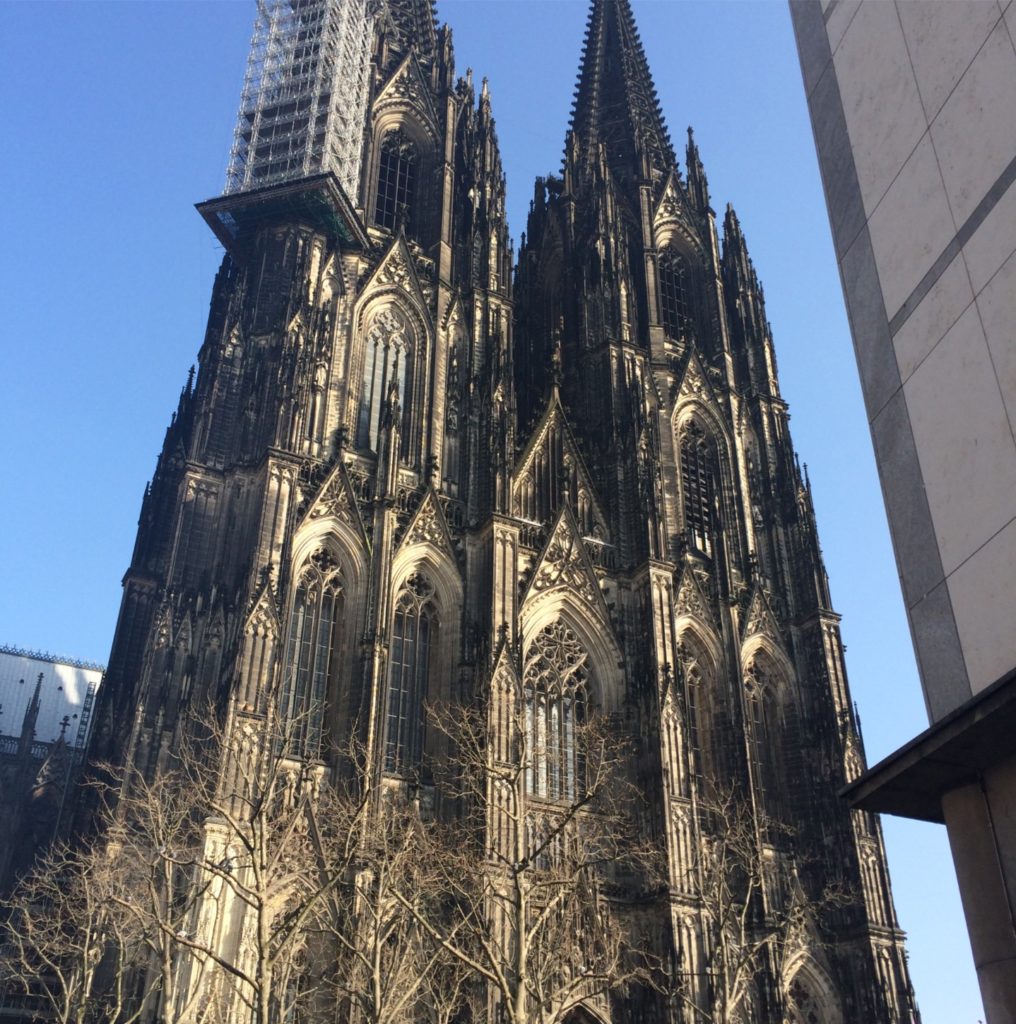 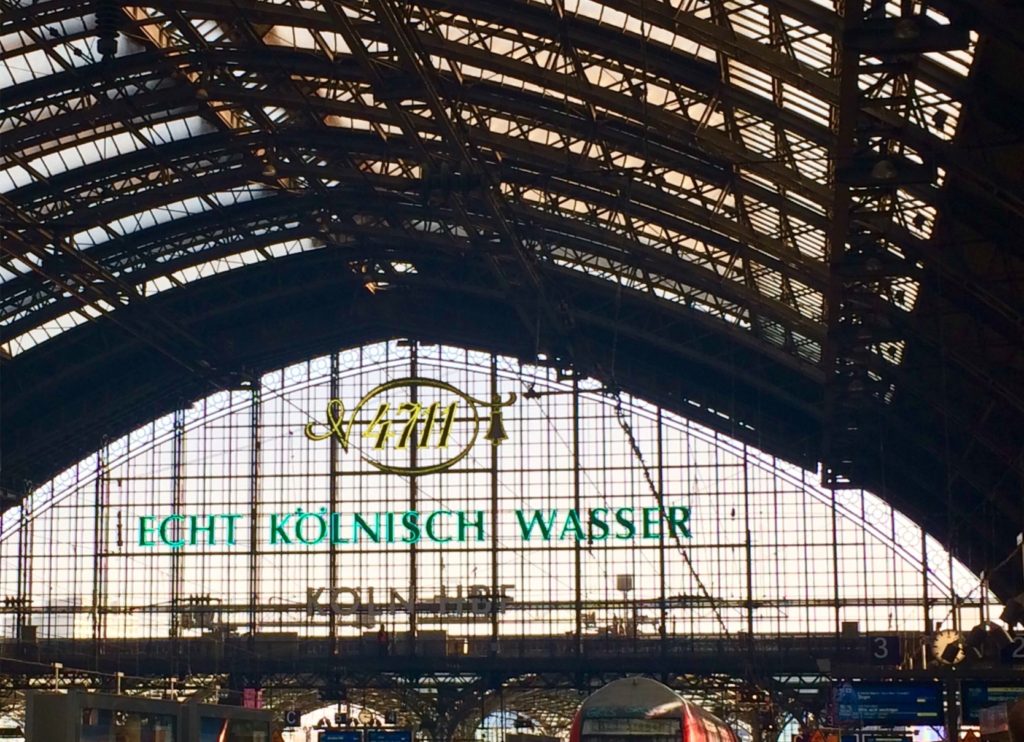 And a dash to 4711HQ for a splash of 4711. Echt! It would be churlish not to go to the birthplace of the original Eau de Cologne in Glockengasse. 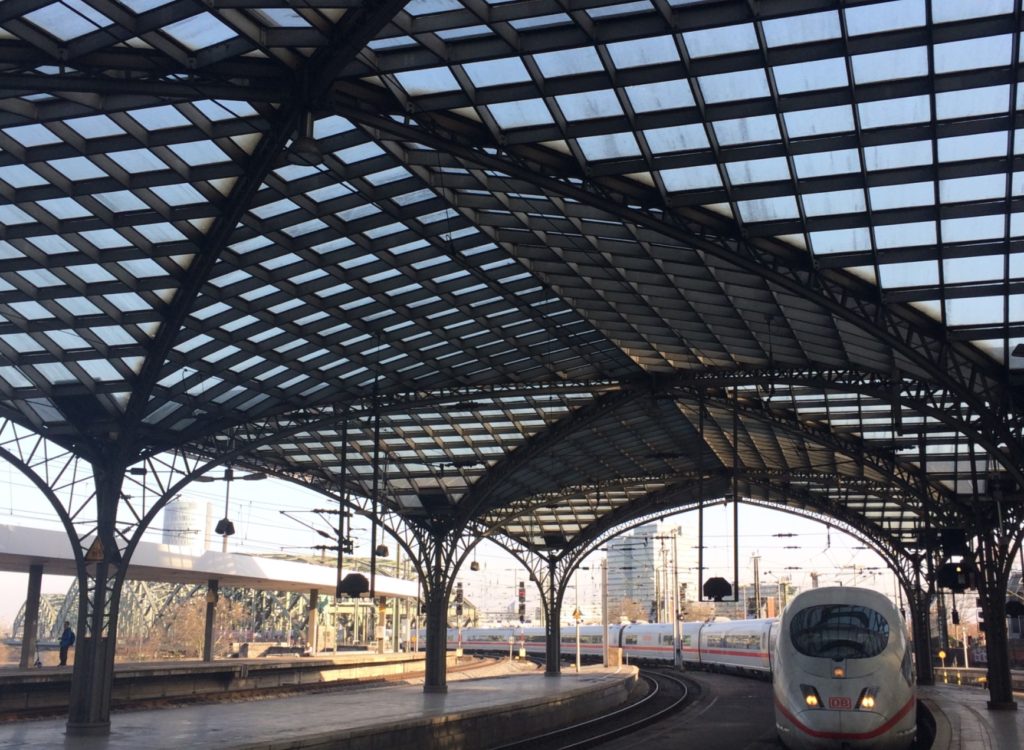 Then back to join the shiny German ICE train. Sadly it’s wasn’t quite the same as the Dutch trains. You don’t get any food or drink with your first class ticket here. I was starving (again) by the time I got to Mannheim. I almost ate man next to me partly to quieten him down as he talked loudly on his ‘handy’ the whole way!

I needed my hotel and the loo in my city tower room. Alas they booked  me standard 1st floor room!  With no city view. I refused to stay. Booked into a new  one. Now need the loo so much and I’ve got a long walk. Get to the new place bladder screaming. Long German form to fill out. Need the loo so badly now and rush to my deluxe suite but alas, encore, it is a standard room. So I forced an upgrade. Needing the toilet so much made me mercenary. Well in fact the receptionists offered me an upgrade so I am now in a junior suite. It’s lovely.

Loo attended to but stomach after the ICE starvation scheme needs my attention now. So I dash out to wander about and find an Aldi or Lidl. NONE! Nothing. Noooooooo!!!! This is the financial area and main shopping area and university. But no supermarkets. I walk round and round and up and down but I find nothing. Being veggie can caused restaurant stress for me sadly too.

I realised after 90 minutes that the only option was to go back to the train station and found an fun one just before there. They had no fresh German bread!!! Arrrrgh! I have been craving German bed for so long. I’m in my big suite with the oven warm bathroom that’s so hot you shower and sweat as soon as you’re done eating shrink-wrapped old sliced rye. I sound stressed but I’m having  a ball really hehe. 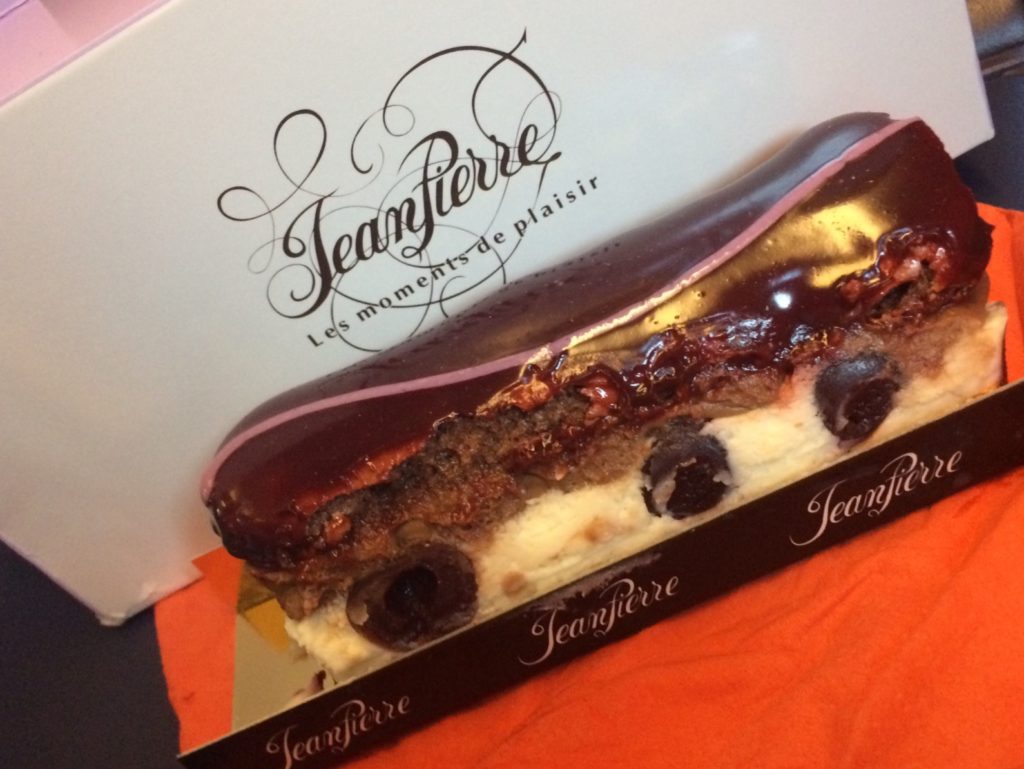 The eclair des fruits de Bois was more a gateaux but slipped down a treat in the HungerZug. And was all I had to nibble for hours. Thanks Patisserie JeanPierre.