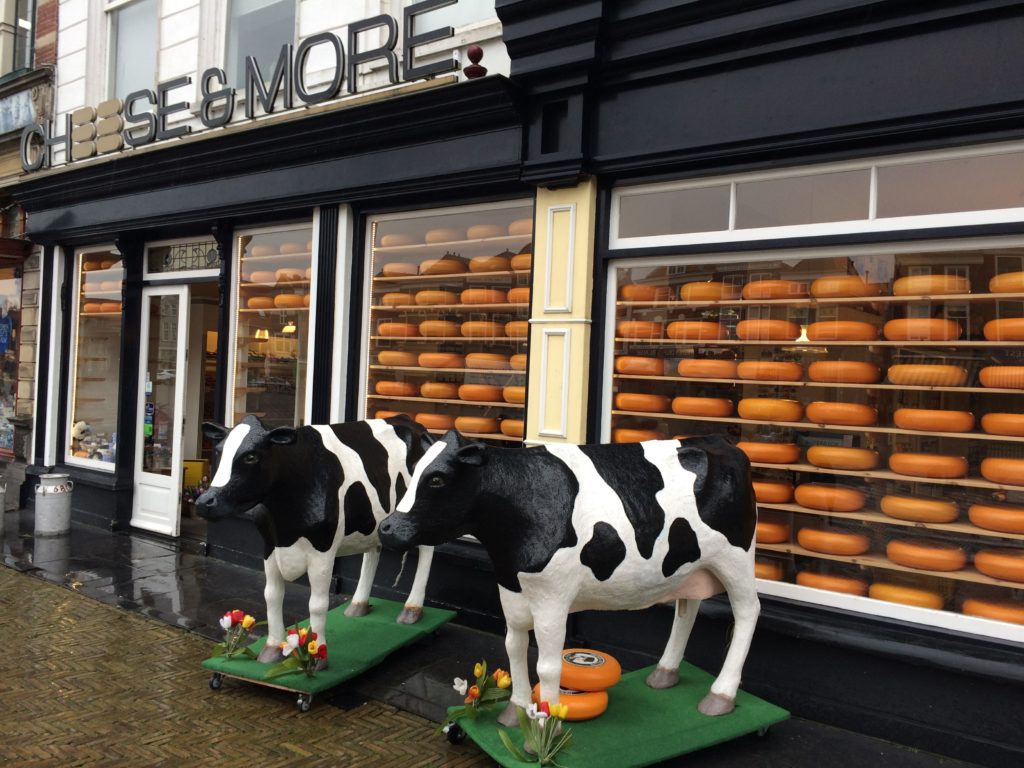 Fact: the Dutch just love cheese and make heaps of varieties so tasty that they refuse to export them to heathen EU loathers.

In Delft they understand that happy cows make happy cheese. This shop, Cheese and More, sells more than just vast cheese truckles. They also sell smaller truckles of cheese. Now that’s fantastic. Shops that sell just one item rather than selling everything like in the UK. And wittily they pretend to sell ‘more’ things but don’t. Well apart from the obligatory blue and white Delftware, which is everywhere. In every shop. Even smashed up pieces in the mosaic columns in the main station. Well not really smashed up pieces but a glorious gleaming modern interpretation. But they are blue and white like the famous pots.

The entire town like much of the Netherlands is beyond bike friendly. Yet many of the cyclists are beyond pedestrian friendly. *Trrrrring Ding* especially with stupid tourists who walk out in front of them. Guilty! Who knew a bicycle bell could induce near heart failure? And if the bell is pinging rapidly then run quick as you’ve stepped out in front of a tram. Cars are no worry. There doesn’t seem to be any. 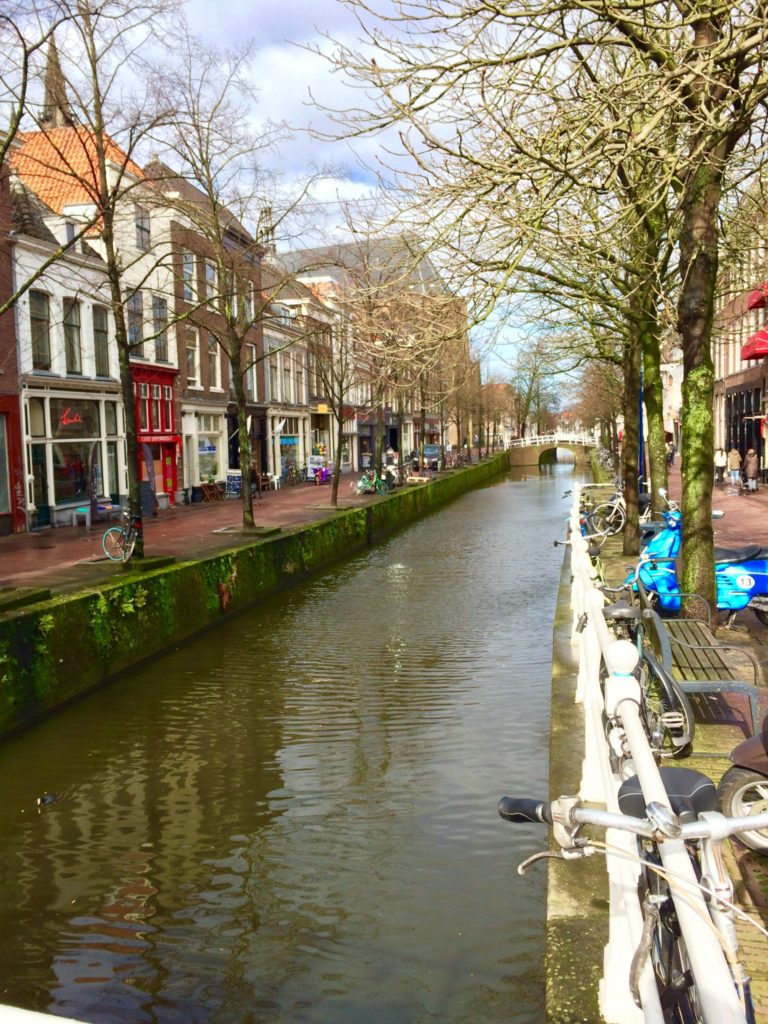 With all the canals and water at every turn in the 14th century they built a church, oude kirk. The story goes that they filled the foundations with animal hides. Maybe to hold back the water but the result is a sloping steeple. It’s looks drunk and you feel drunk as you approach it. Odd optical illusion but fun. 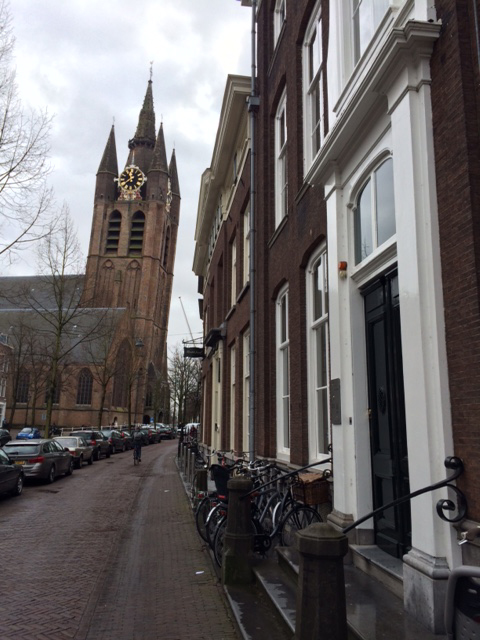 In the market square there is another large church, nieuwe kirk that has a clock tower with a bell tick. Not a tick-tock tick but a Tourette’s type tick. It’s bells just can’t stop chiming and donging and bonging on every quarter and all day and all night. And for too long. Entire tunes and chimes and strikes. I cannot possibly guess at the quire of bells involved.

And just below the big belled church is the big balled sculpture of the illuminated crystal blue testicles. Not sure what the message is but I’m sure it’s all bollocks. 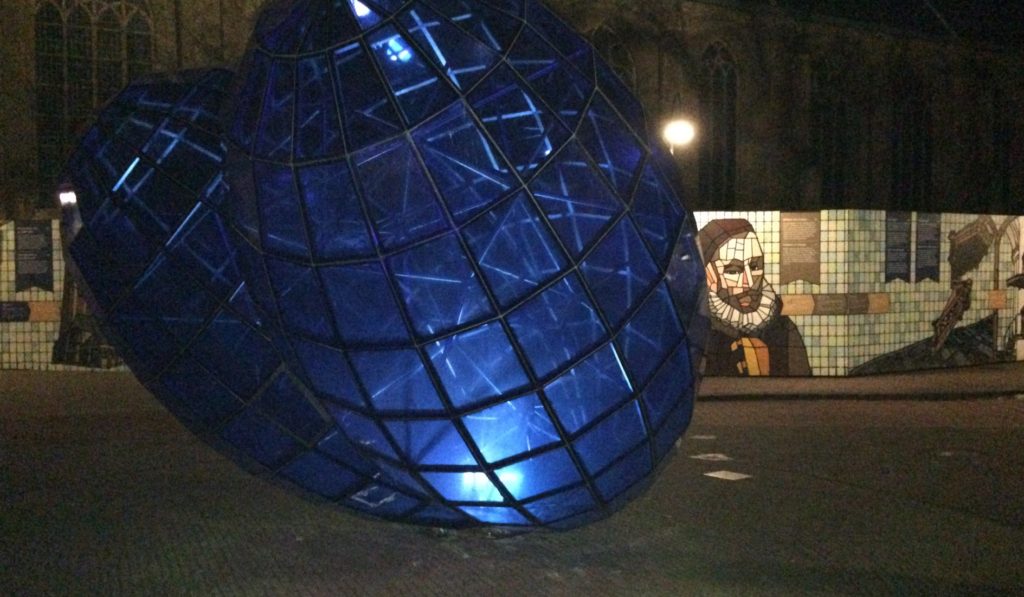 The glittering entrance hall of Delft train station is almost a starry canopy of the heavens but is in fact a map of the oude (Ye olde) walled town of Delft. As you head down to the platforms you pass the massive and I mean truly massive bicycle storage area. In the UK Network Rail would insist this should be a money making food hall and pointless shop outlet. Go Dutch planners. 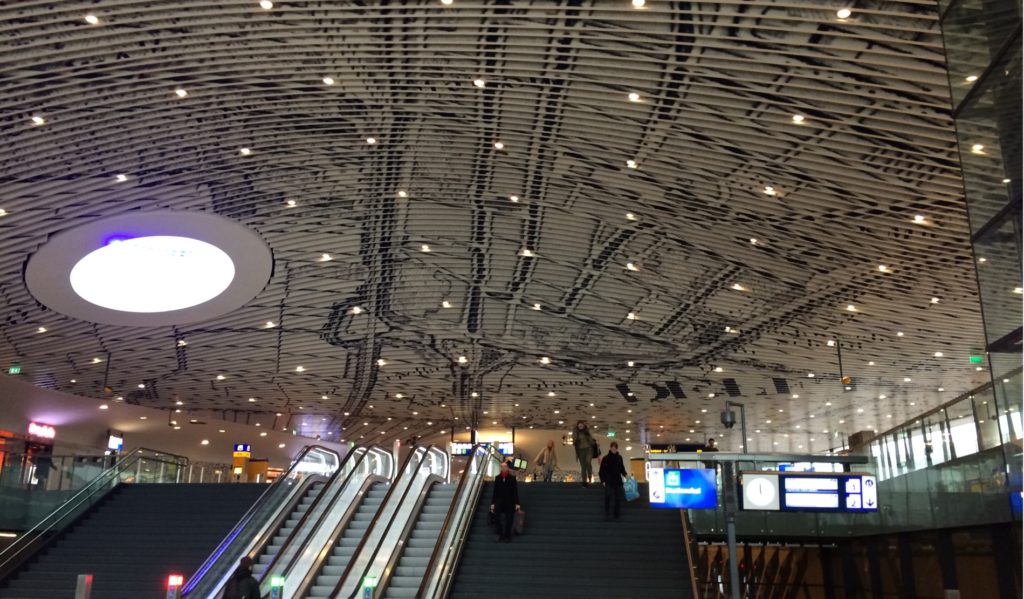 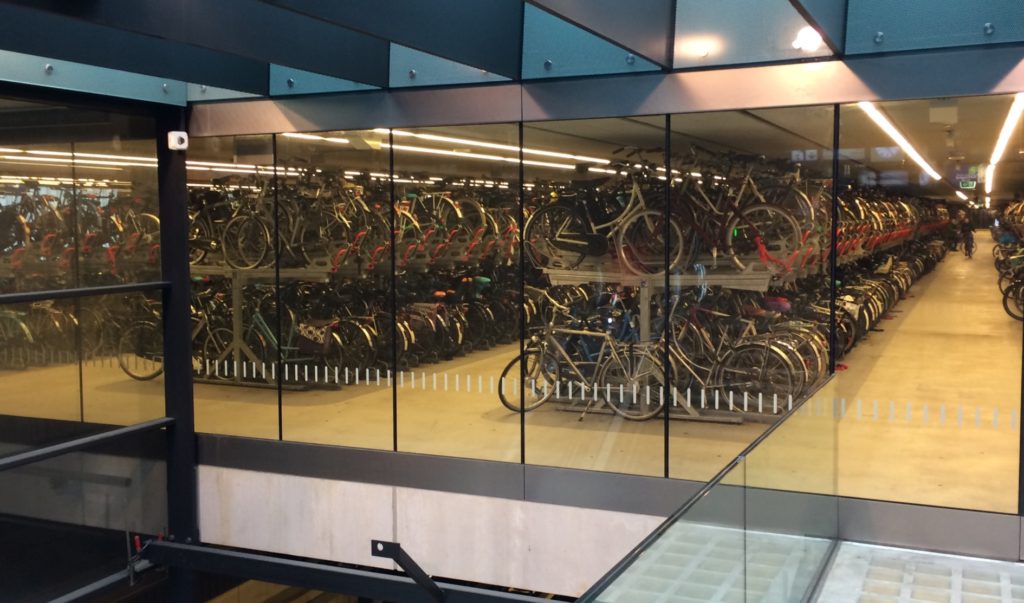 Oh and here’s an energy efficiency that we could learn from. Escalators stop when nobody is on them. And they can switch direction. It’s mad and wonderful. Yeah sometimes you wait hoping nobody else steps on so you can change the flow direction but the locals accept this with a calm ease. We would shout and be impatient. Well I would. 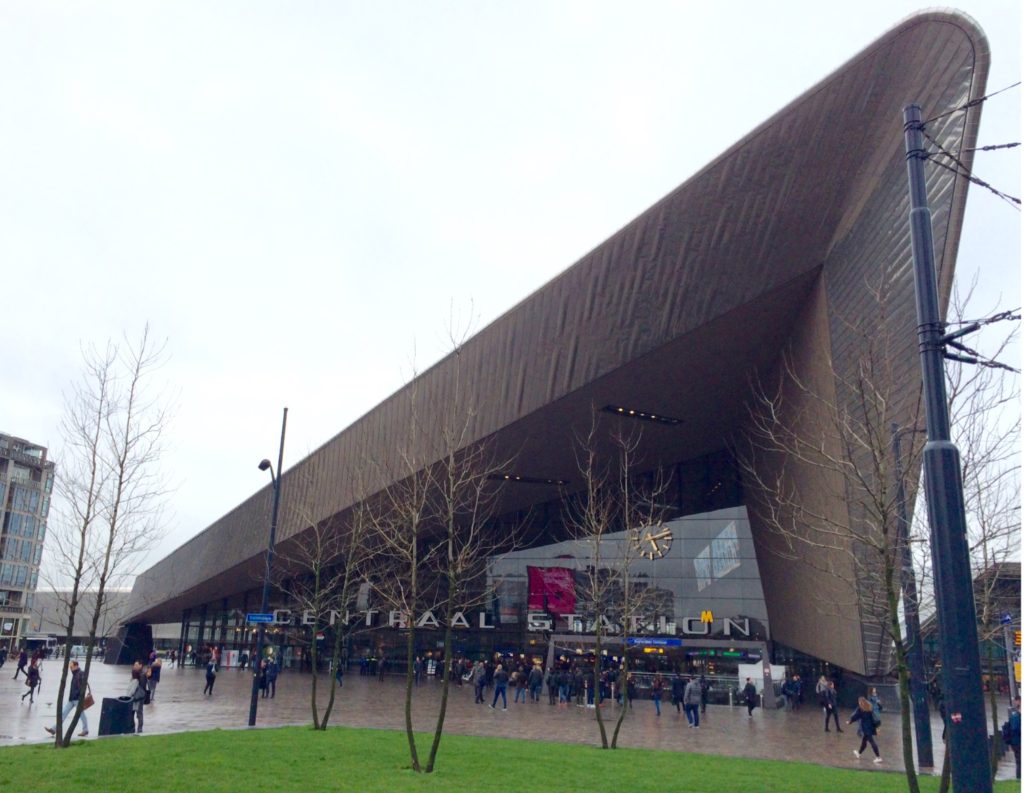 Its seems that the architectural fearlessness of the Dutch is self evident all around. This is especially true of train stations. This is Rotterdam Centraal and it’s as big bold and beautiful as the Dutch policeman manning the entrance who winked at me! Only in Holland could that happen. I blushed. Not done that for decades. All the Dutch are so friendly. I was struggling with the Metro ticket machine in Rotterdam and I asked for help from a fellow passenger. The woman said I needed to walk to a different line but as it was raining she gave me a plastic poncho to keep me dry. Later she saw me still dithering some distance from the metro station so her daughter called a taxi on her phone. Such kindness. It’s a wonderful thing. Everyone is helpful here.

William of Orange is big in Delft. The train tunnel is named after him. However the Dutch word for orange is sinaasappel. Go figure