I wasn’t quite sure how to talk about home especially as I’ve just sold my lovely house and given away all my possessions. ‘Why would you do that? You’re buying somewhere else though aren’t you?’ I’m not. Having a home, a nest meant I was too happy to stay in and not explore life. Without an empty home to worry about or sentimental objects to be stolen, I can get out and fully embrace life. Clearing out your entire house and a lifetime of possessions is a little like picking over your own estate after you’ve died. It’s an odd experience. Though giving away my piano of 37 years was in fact a magical moment. I gave it to the young girls a few doors up the road who were thrilled and I hope it inspires them to become musicians like it did me. 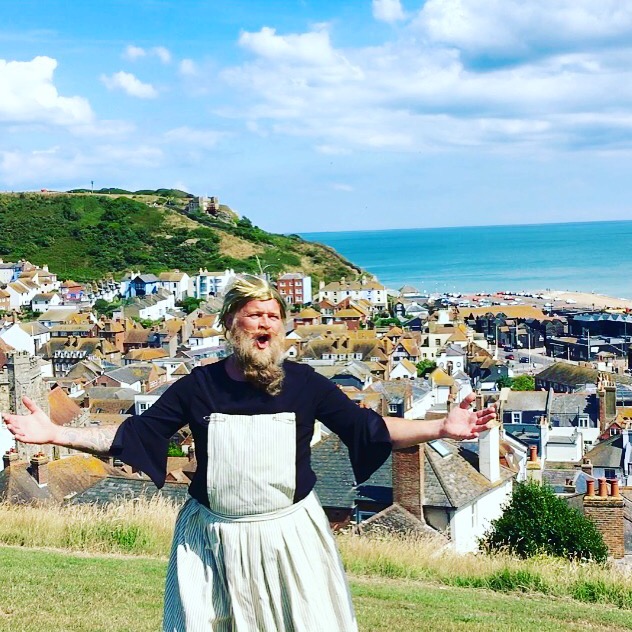 So Hastings. What can I tell you about Hastings? So many things. Instead a silly idea entered my head as while I was away in Cornwall, Jeremy Corbyn visited Warrior Square in St. Leonards-on-Sea. I missed him! Then while standing on Land’s End I had an idea involving green hillsides. Then on my travels I kept hearing that Corbyn chant floating through my windows. In many towns and the idea grew. I returned home to join Sally and the Eggtooth Project on the Pier for Zooquarium, This was a fantastic youth music festival where Sally and a group of local mentors coached groups of Hastings young folk into live acts to fill the festival stages. I popped along early to give the entire group a vocal warm up. 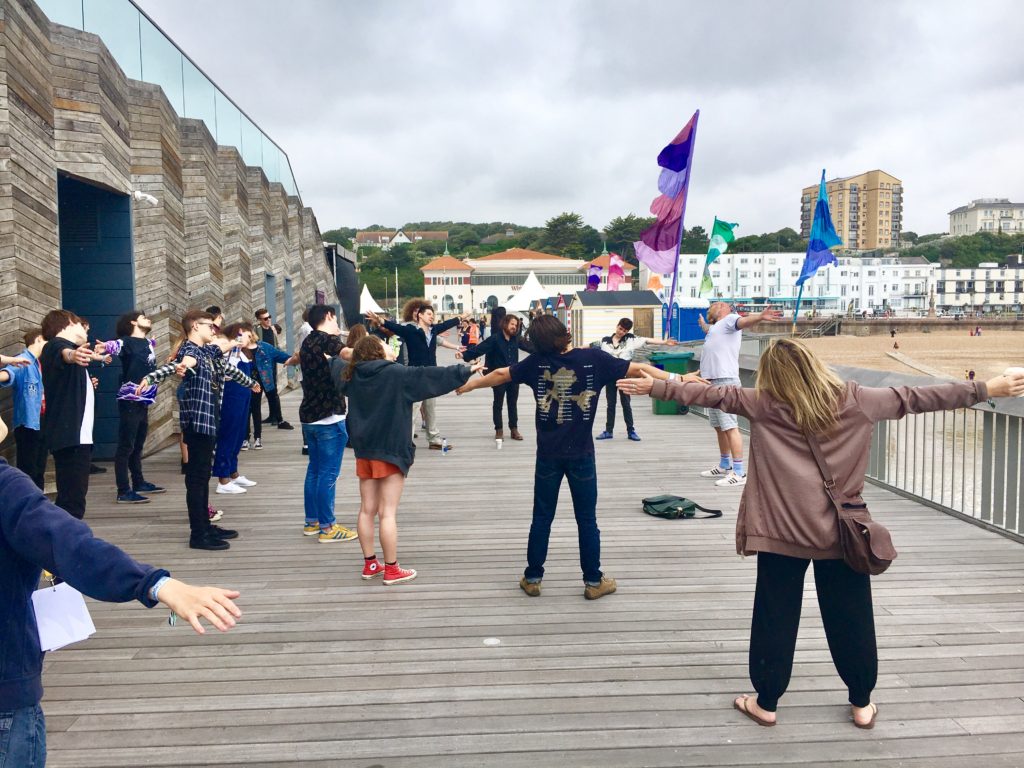 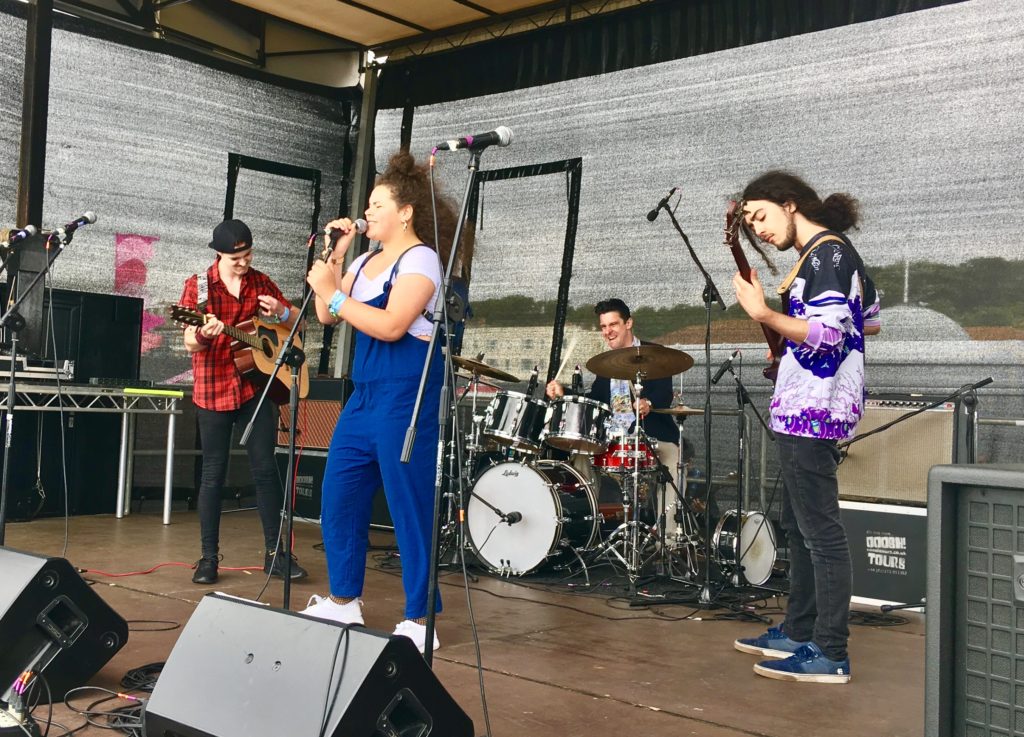 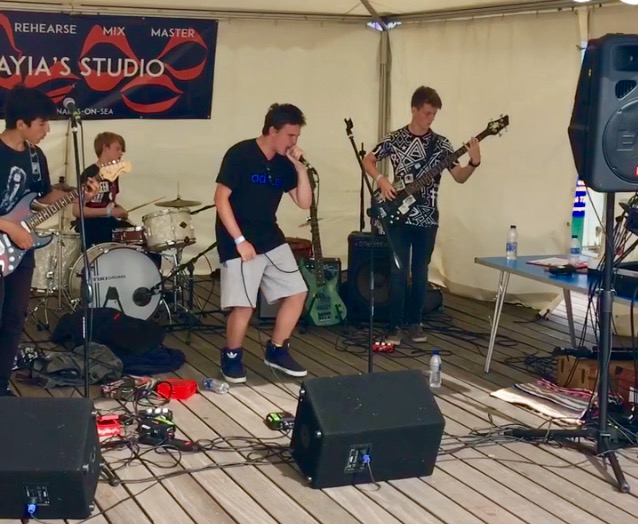 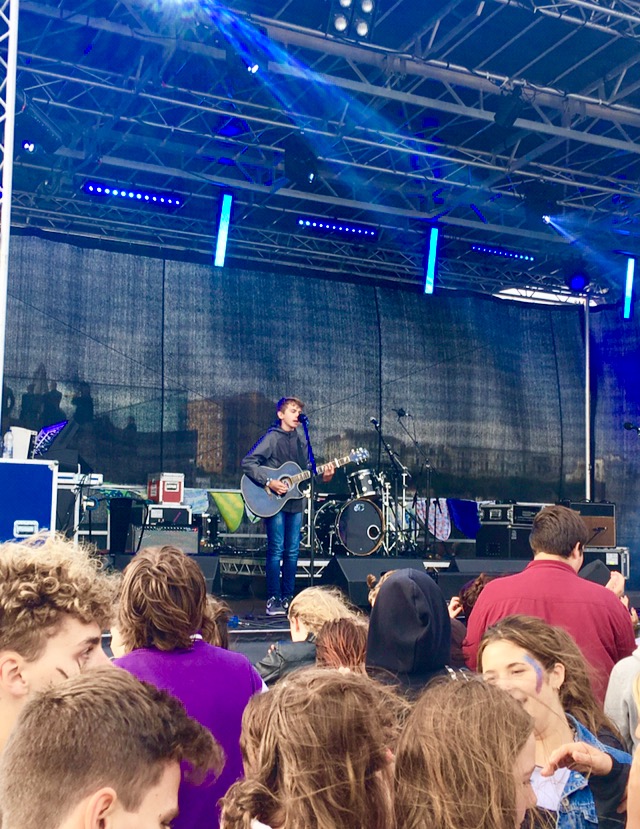 While I was there though I also met up with the guys from Yia Yai’s Studio who could help me hatch my little Corbyn – Sound of Music parody. And with the help of some other contacts we decided to make the idea happen. 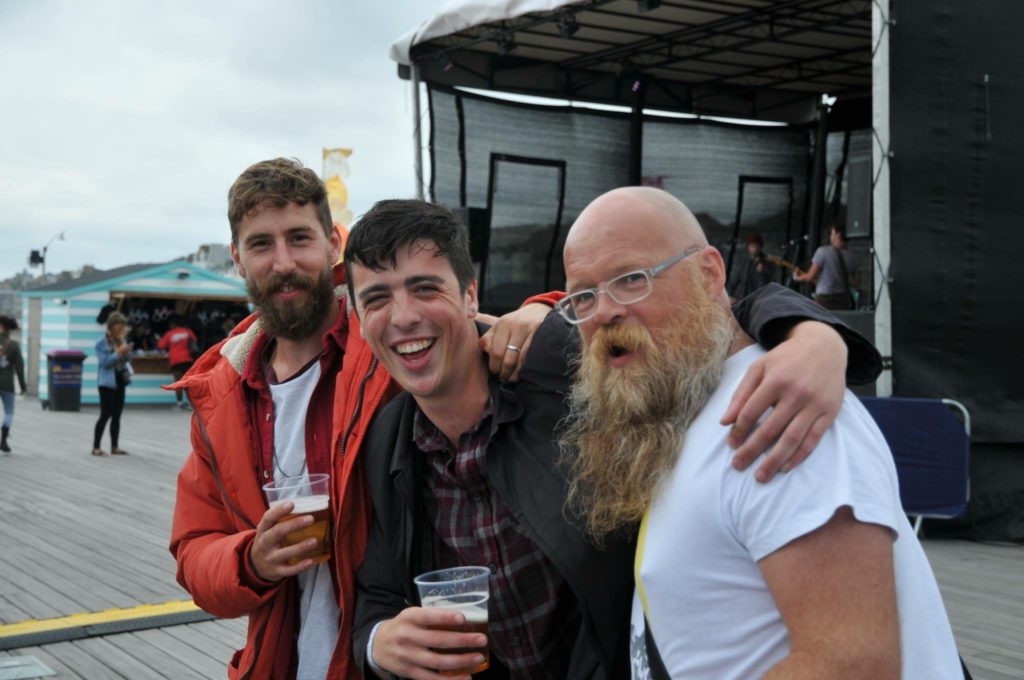 I tried to get a group of pirates chanting “Argh… Jeremy Corbyn on Pirates Day but a friend of Nigel Farage kept getting in front of the camera to declare his love for Nigel every time we filmed. So sorry to the pirates who tried to help out. You were marvellous. 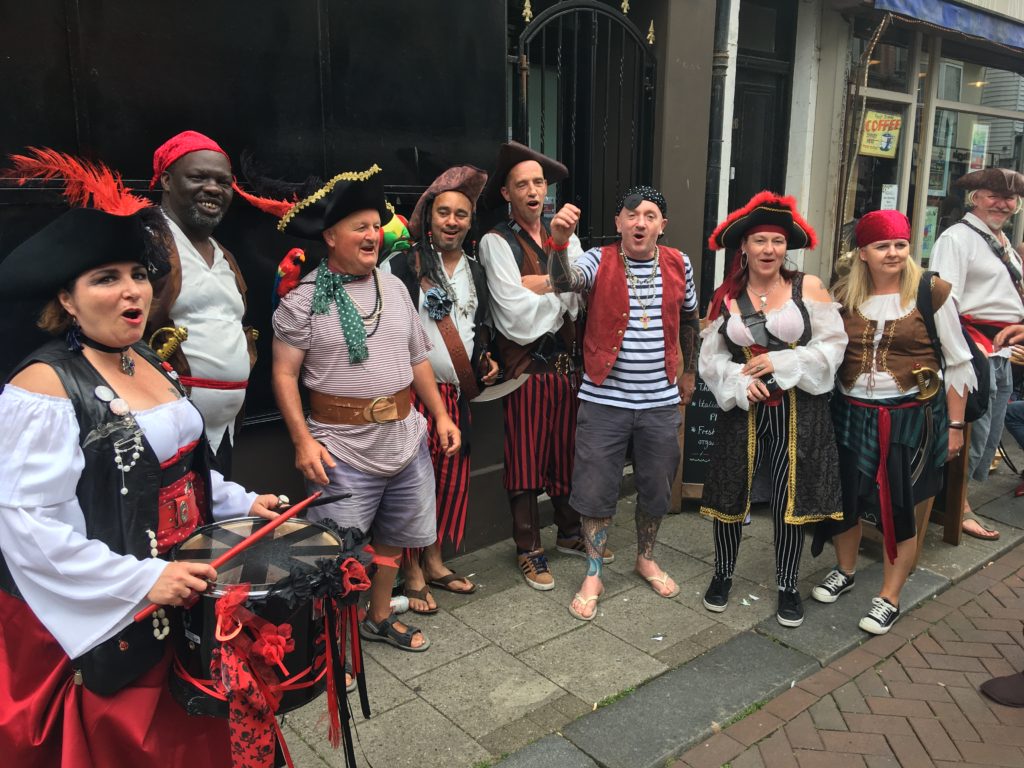 And so with Chris and his drone we knew we could make this quite special. That opening of “The Sound of Music’ is legendary with the helicopter gliding over the Alps. But fear not, Hastings has the Firehills and so that’s where we started. 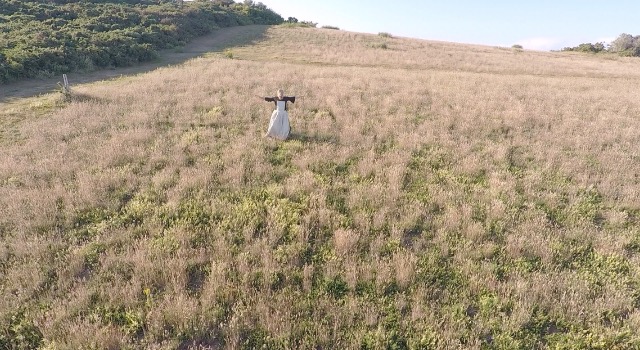 Hastings is alive with the sound of… 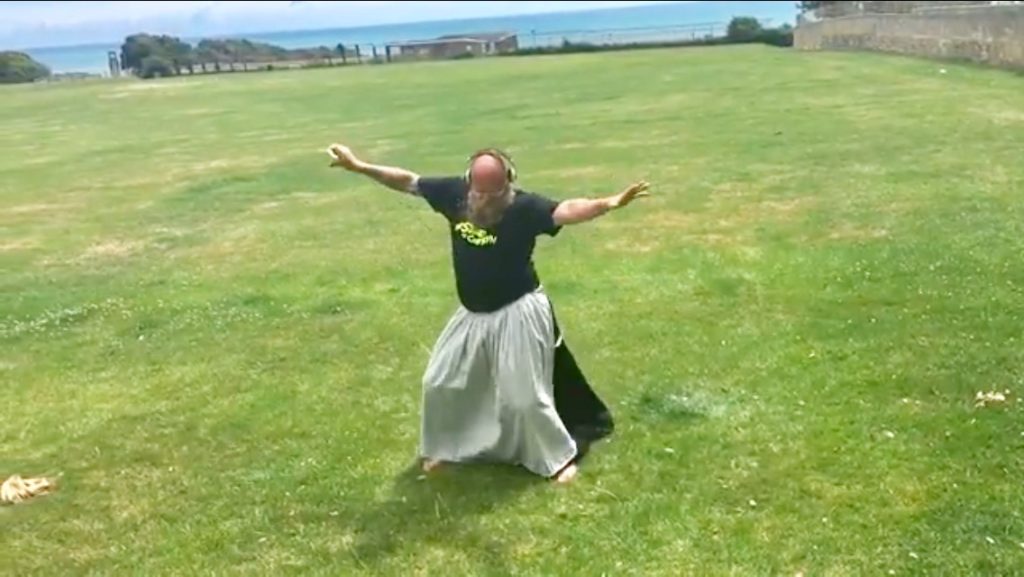 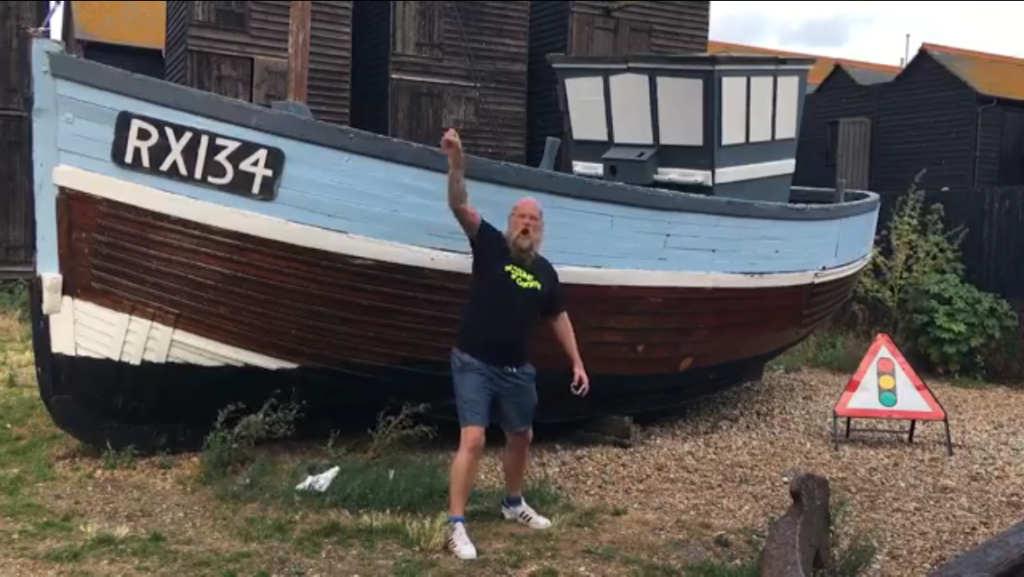 And I couldn’t resist mixing in a bit of Foyle’s War. When it left Hastings it lost its social charm associated with place. But it did make Hastings look so amazing for so long. 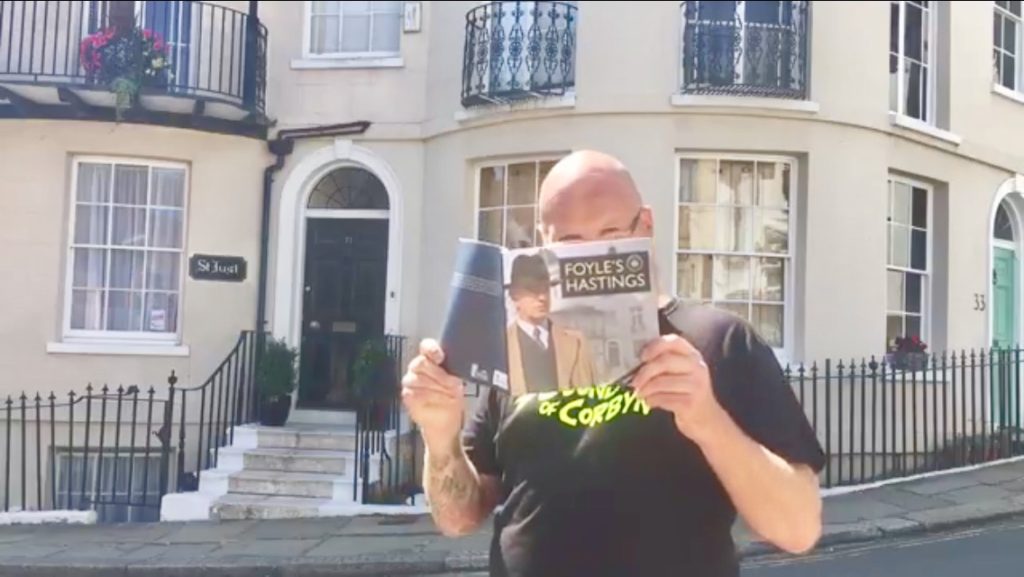 One Reply to “come with me to hastings – that magical town”