And so I touch down in Catania. Driving a strange car with the gear stick in the wrong hand and it’s night. It was quite stressful as they edge up your arse to get you to break the speed limits. I thought I wasn’t going to make it. Glad for the SatNav upgrade I paid for however. I was shown around the villa and went straight to bed. Daybreak and it’s time to see where I am exactly. I’ve rented a beachside pad in a high walled private garden and it is all I hooped for. Huge! 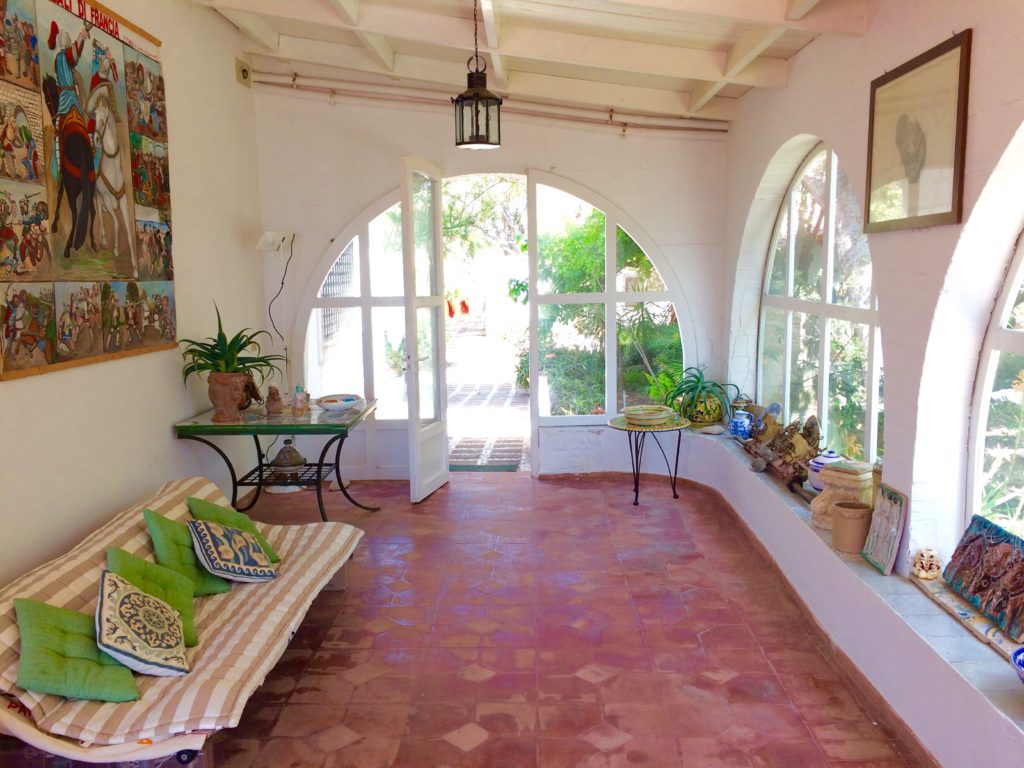 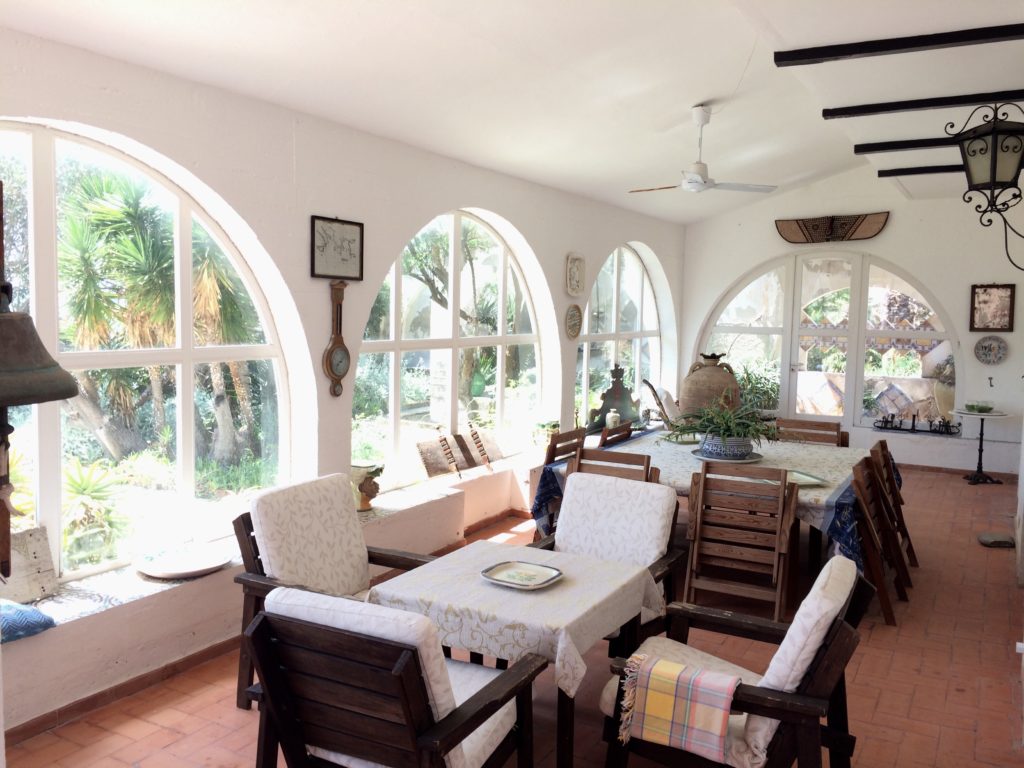 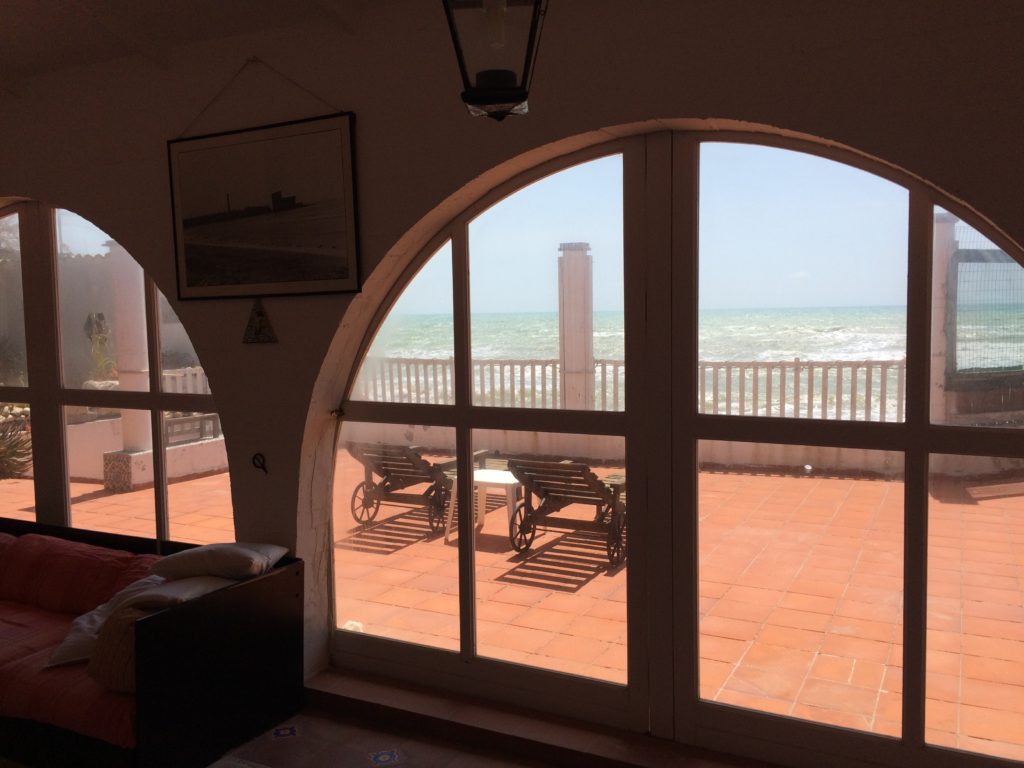 The villa is totally charming. I feel like Noël Coward or Ian Fleming in Jamaica in the 1950s, only my editor and publisher aren’t breathing down my neck for me to type up a winner. I am my own editor and that’s why it’s packed with errors.

It’s Independence Day here. They celebrate liberation from the Nazis. I felt very German looking today as people stared at me the obvious outsider. Haha. Also I wore a vest as it’s 26C here but locals keep asking me why I’m not ‘freddo’? But they are wearing jumpers, coats and scarves. How I wish I could wrap up warm and not be saturated in sweat. 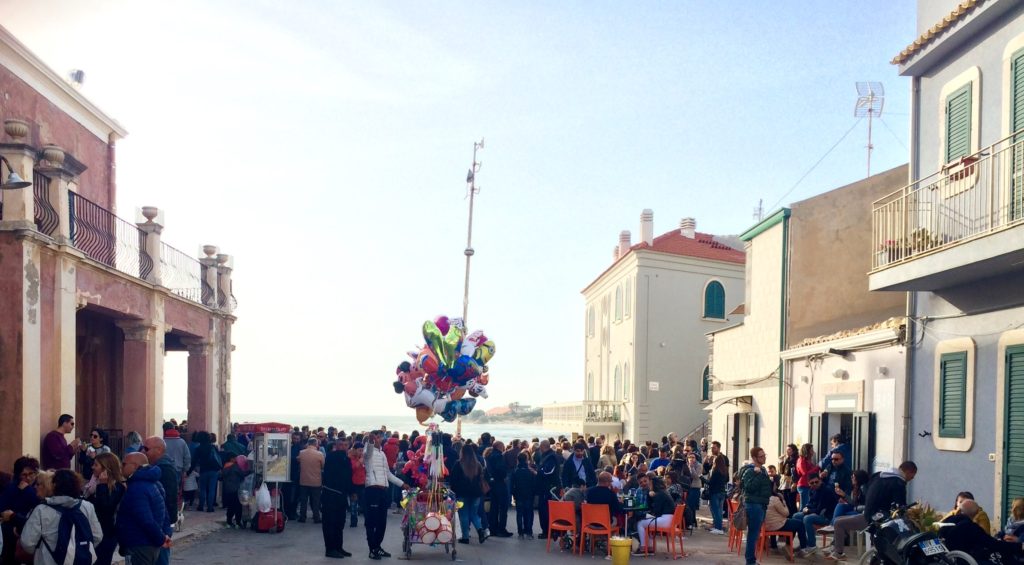 As you know (or should) Ragusa is the area where much of Montalbano is filmed. His house is 400m along the beach from where I am staying. A total accident but I’ll not complain. I intended to go see some of the beautiful places they film in anyhow so that’s one ticked off the list without trying. As he’s fictional he won’t be in if I call round. 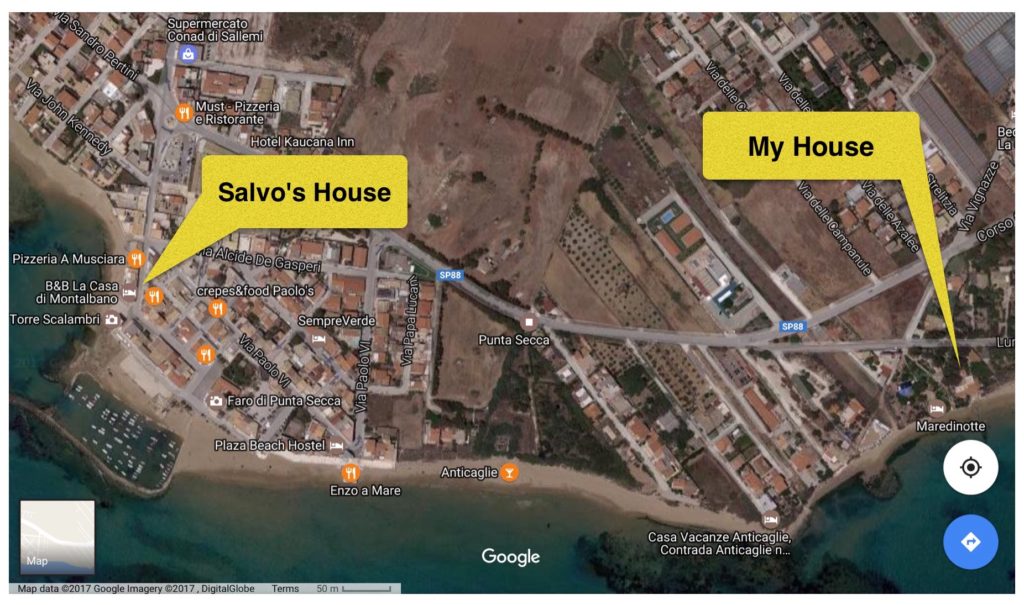 As I drew near I saw that a café was all cordoned off like a crime scene. My mind began racing. 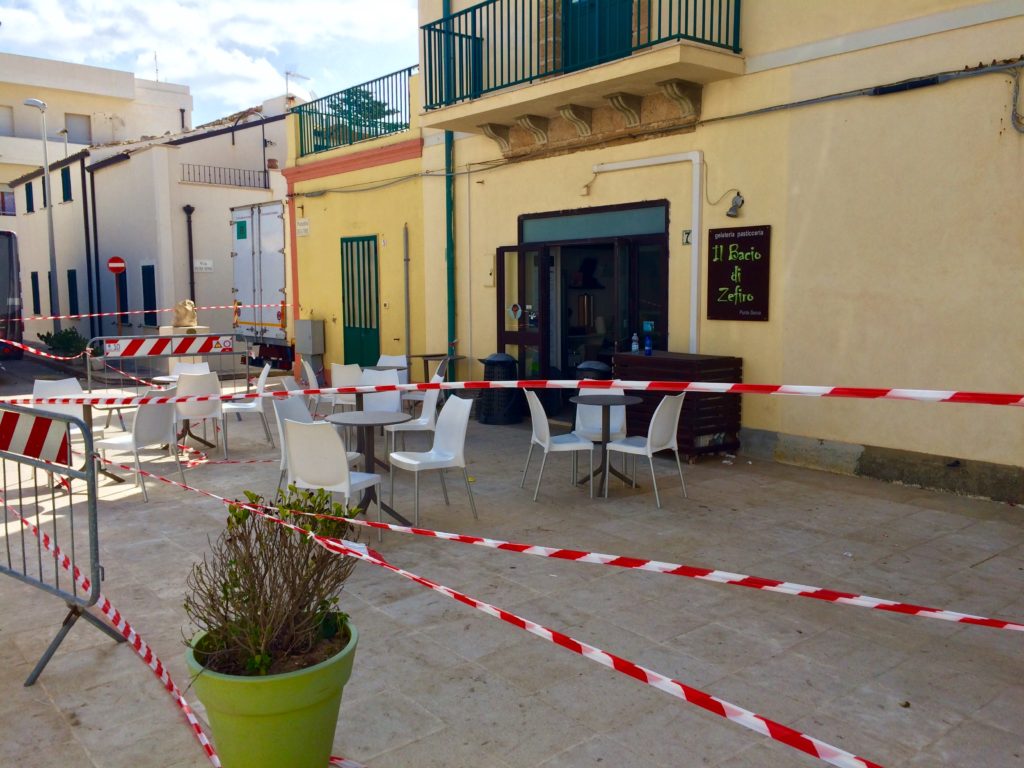 Where was the body? Inside? Where was Salvo? And were we in the present day or the 1980s with his younger self? Was it a mafia hit? Would I have to climb that mountain to go and speak with the mafia boss? Then I remembered that I wasn’t Inspector Russelbano so I decided to go get a coffee and croissants and eat them outside the house they use on the TV. It’s a bed and breakfast nowadays but there were a fair few tourists there even at 8.30am. 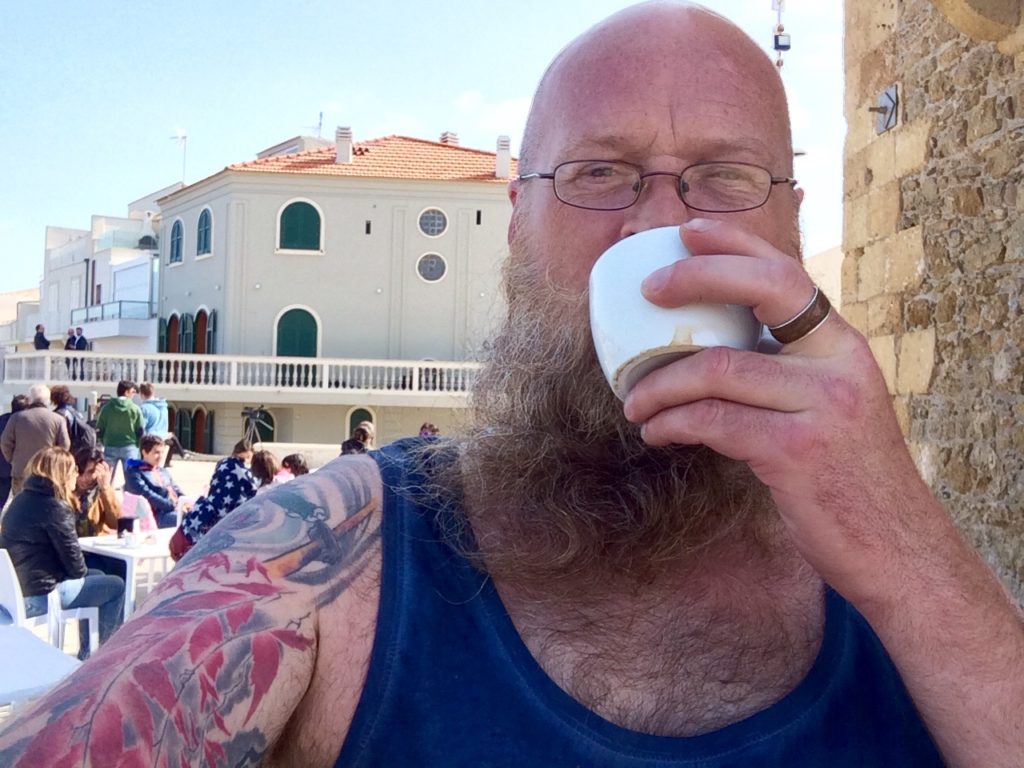 Later this Salvo-noon I discovered the crowds had grown. I assumed it was for the public holiday but that was only half the story. 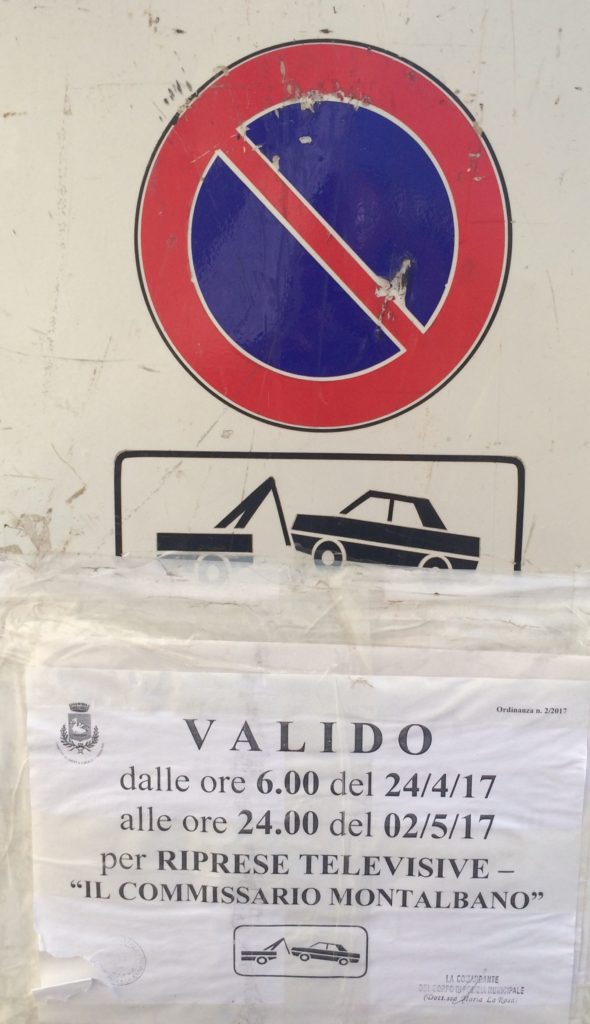 To my surprise I found this sign explaining that from today until 2nd of May they are filming new scenes for “Il Commissario Montalbano” in the chuffing house 400m from where I was staying. Would I see either of the leads strip off and swim? I must say, if they do they are brave. I tried the sea myself today. It’s chilly. 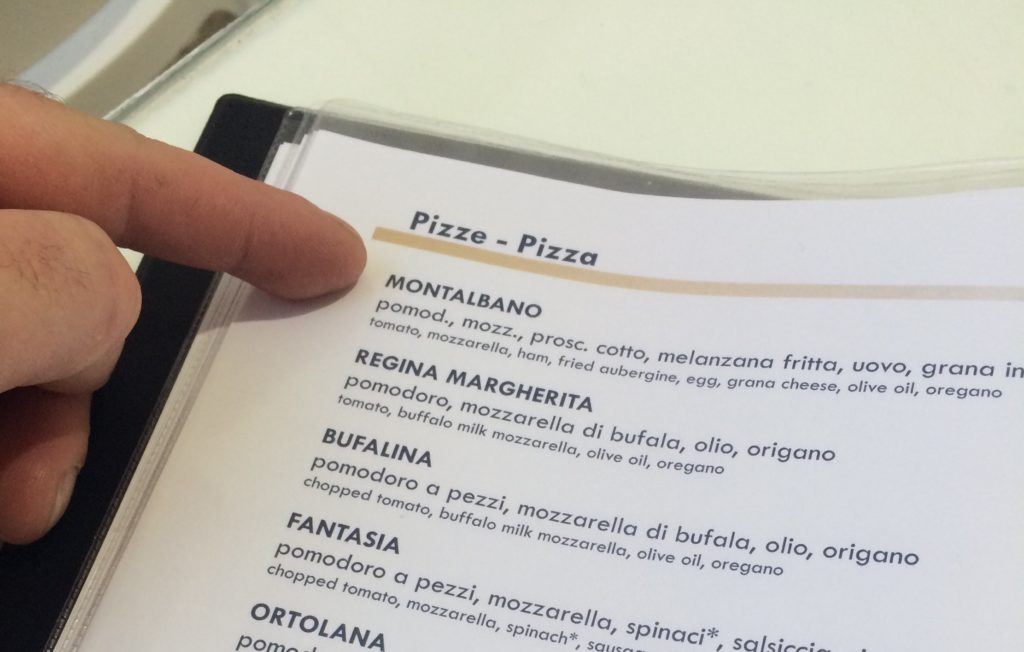 Went for pizza tonight in Punta Secca and met Mandy & Joe. They are staying next-door to the inspector’s house. We spent the evening discussing great detectives. They followed many more Nordic Noir types than me and I began to feel like big wuss as my ultimate detective remains Miss Marple. I would man up but thats too gender rigid for my head. I had my fill of pizza funghi porcini and headed to the local supermarket to buy a few bits for breakfast now I’ve gone all self-catering. Hotels were great but I really find it hard to not be cooking and baking. Noticed these jars displayed quite prominently filled with extruded worms to fix that queasy tummy from all the beer, wine and pizza. I didn’t purchase any.

Mount Etna from the plane. So enormous and so beautiful. And from all angles impossible to capture its splendour in a photo. It just looks so tiny when that’s the last thing it actually is. 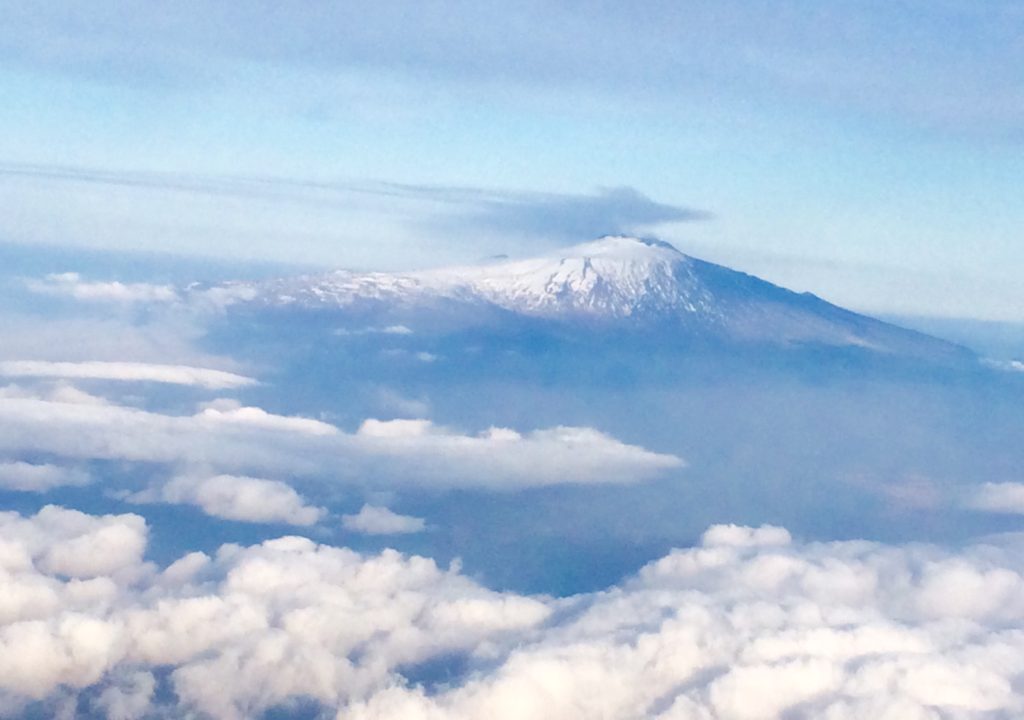