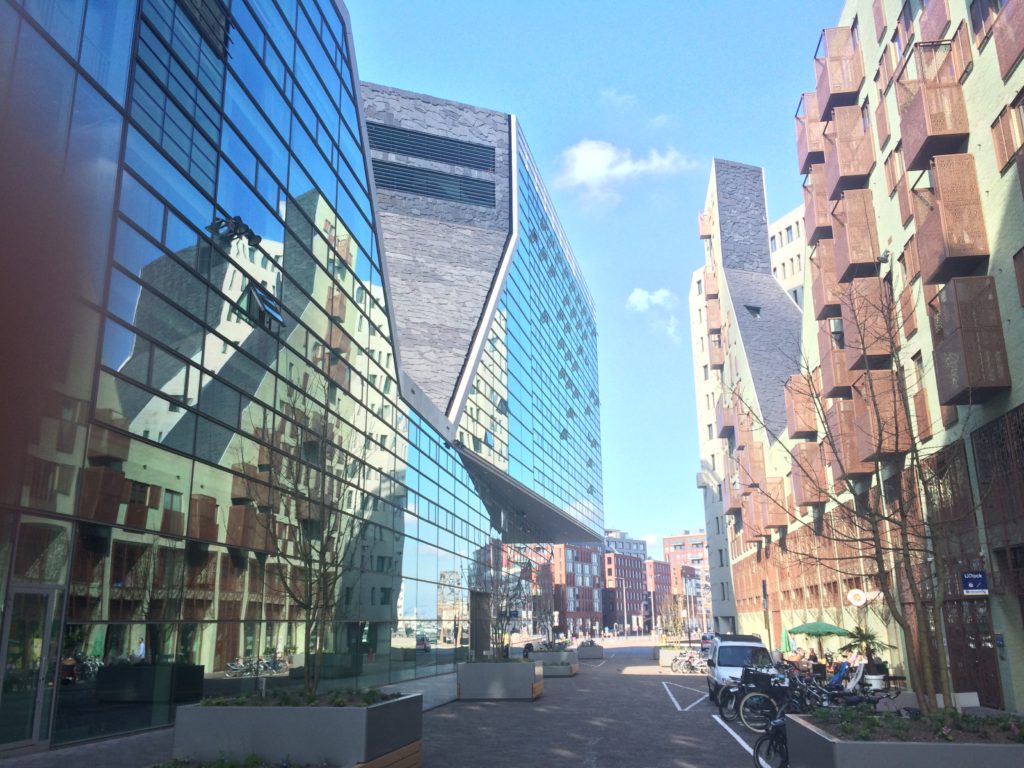 I returned to Amsterdam and decided to go modern after Rotterdam Heights. I was rather wonderfully upgraded too so I now have a giant suite in the IJDock. 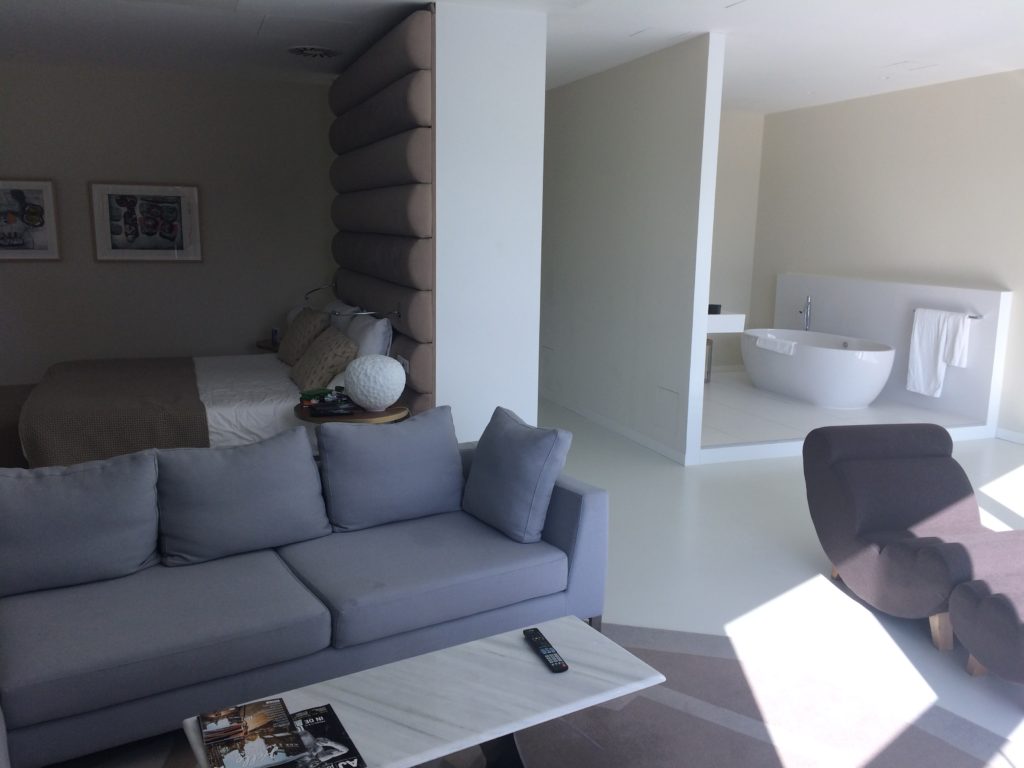 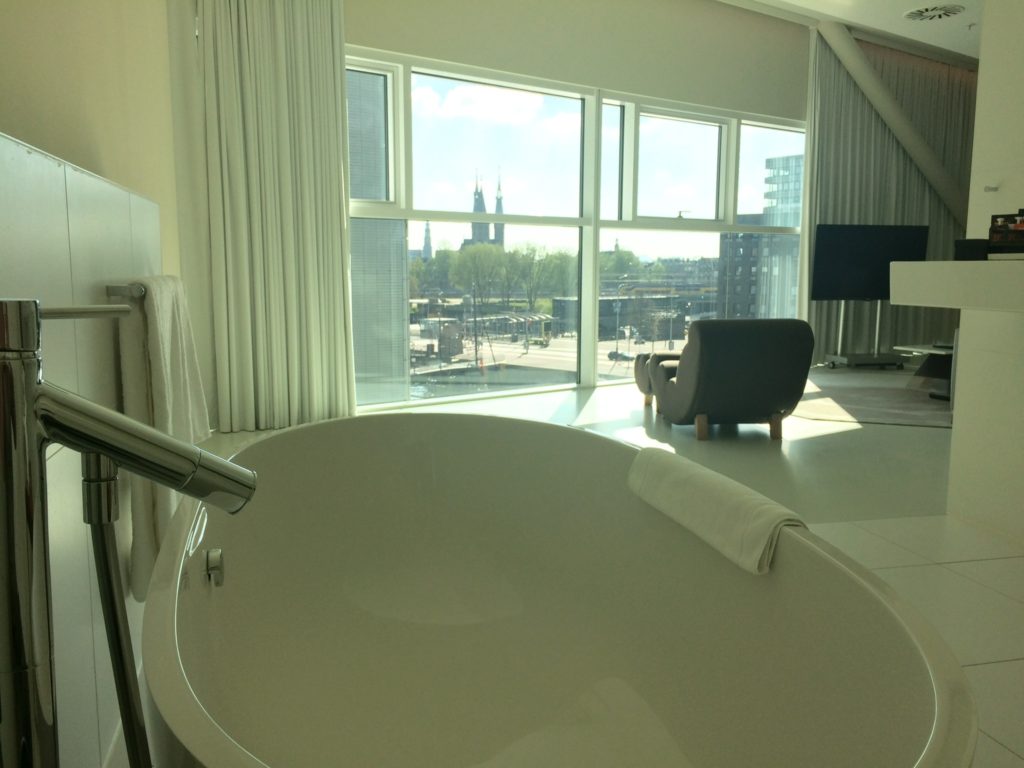 This modern area is totally amazing. Wobbly wavy footbridges that glitter at night lead to the Palais Van Justitie and the Openbaar Ministrie. Buildings reflect each other and the water. The buildings while all different echo and mimic each other as they soar up like yacht sails. 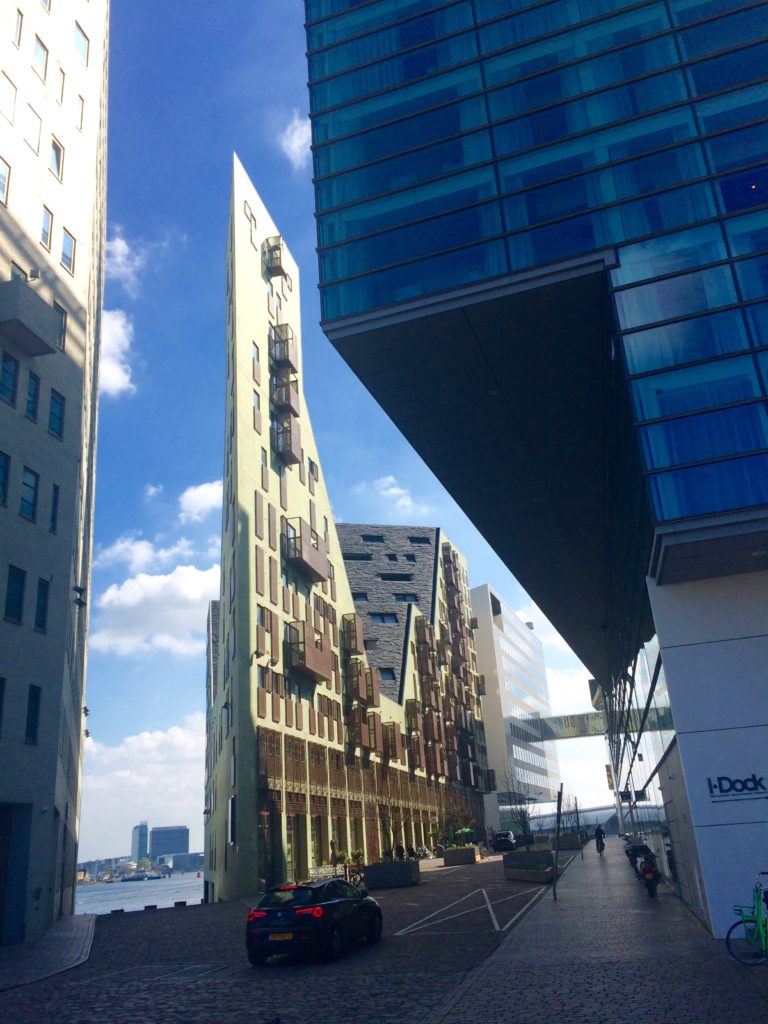 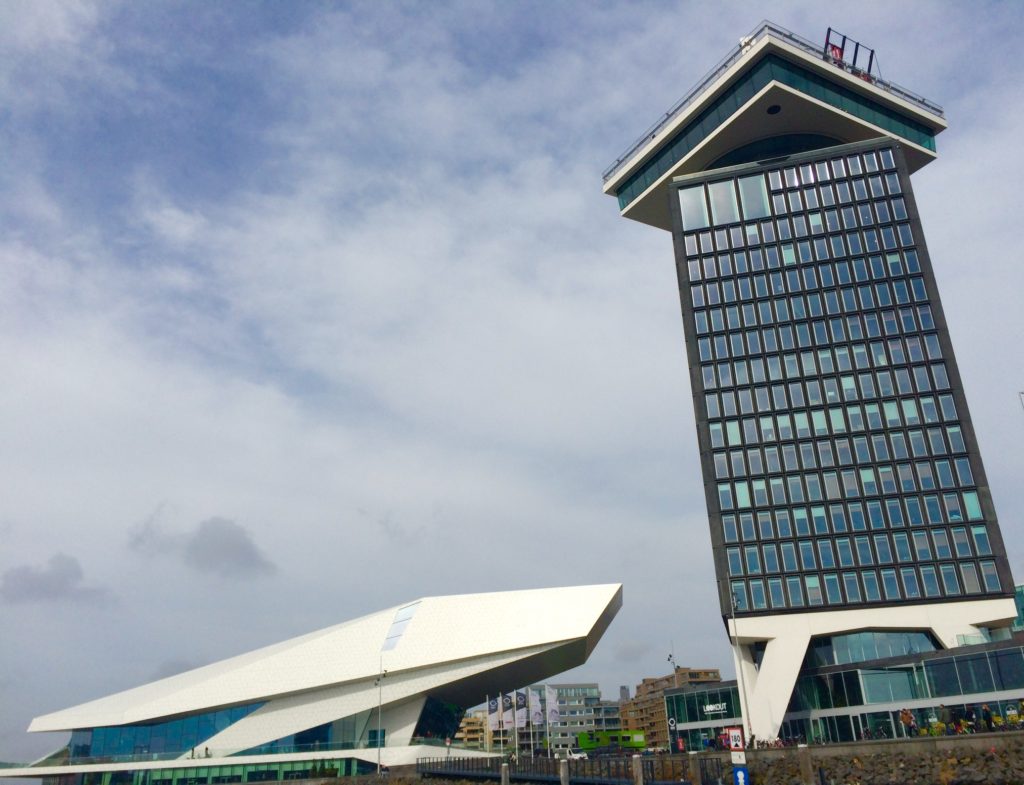 Europe’s highest swing is on the roof of Lookout 360. It flies out over the edge accompanied by screams and squeals.

I beg your pardon?

Adrian decided he would drop by and join me for a bit and for a wonder he’d never been here in his many travels. So I got to pretend I was a knowledgable local living the high life in my studio flat. Haha, I wish. Walking into the munchy district we stopped to discreetly photograph a vivid shop of sugary goods. The guy said “Don’t be shy. Take a picture. You wouldn’t catch me eating any of this crap! 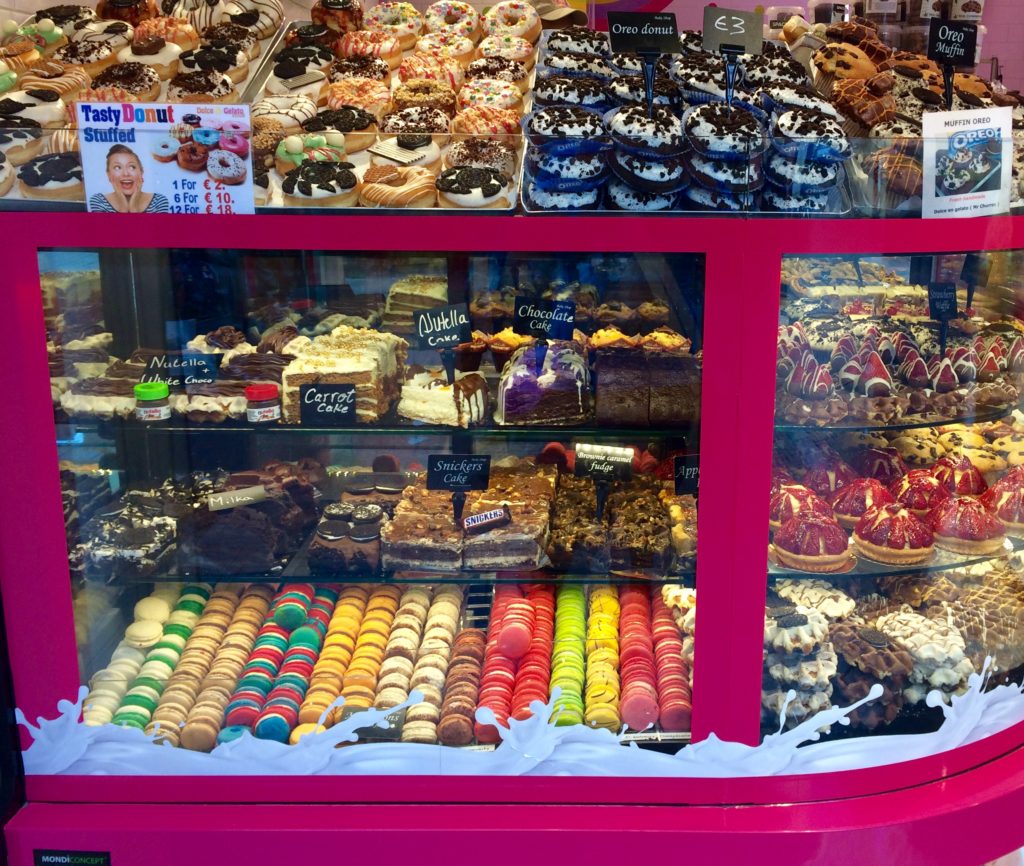 A new shopping alley that jumps out suddenly with its strange glowing colours and Primark! 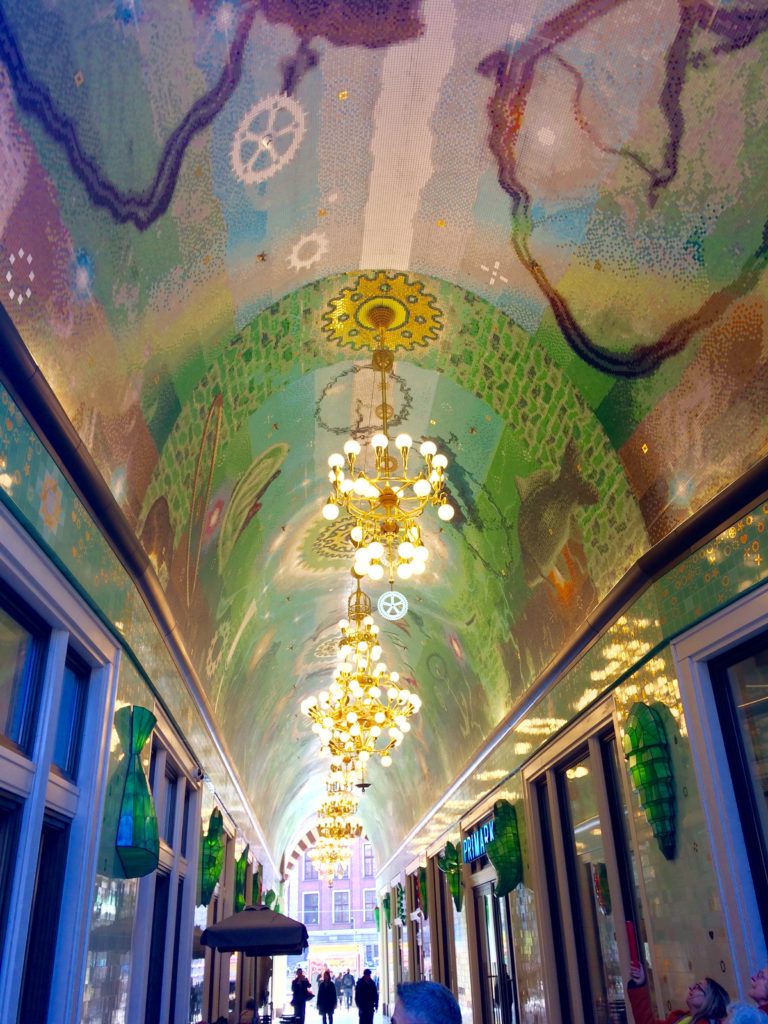 Strolling about the many lanes I was stopped and asked if I would pose for a photograph? The guy said it was a genuine project he does on Instagram and  that he would email me a few questions. Watching a bit of Dutch telly that night Adrian remarked that the host looked like the guy who stopped me today. It was indeed him, Humberto Tan. We decided to head off on a canal trip that took in a different route to the previous trip I enjoyed.. 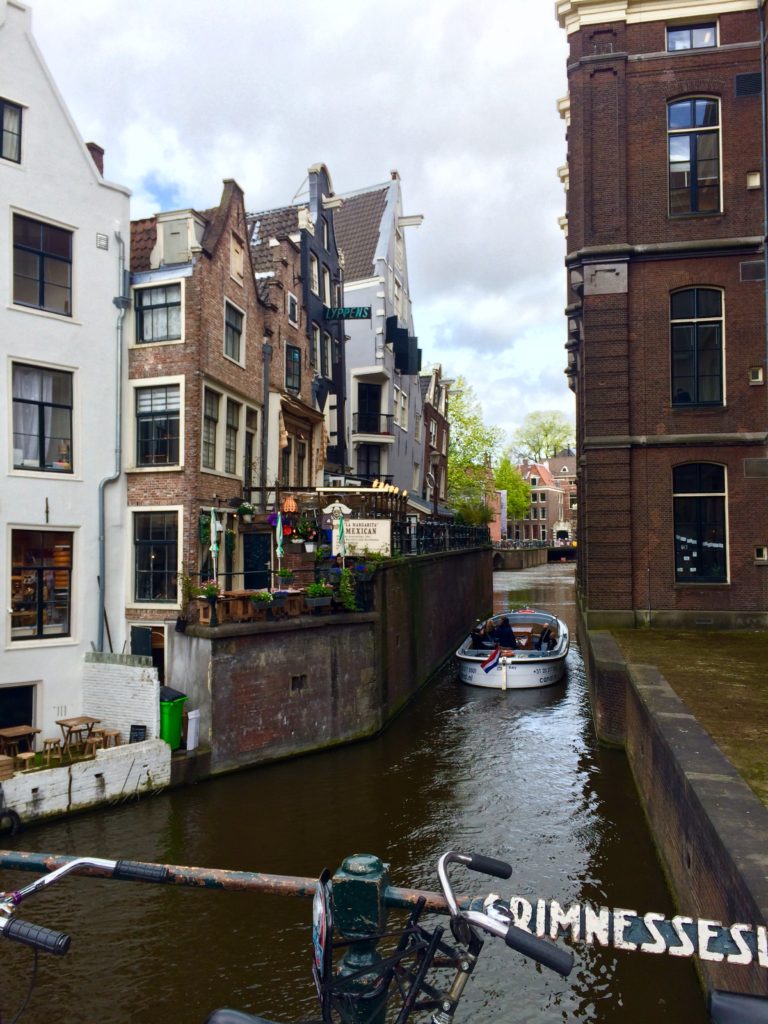 and my new favourite road name is… 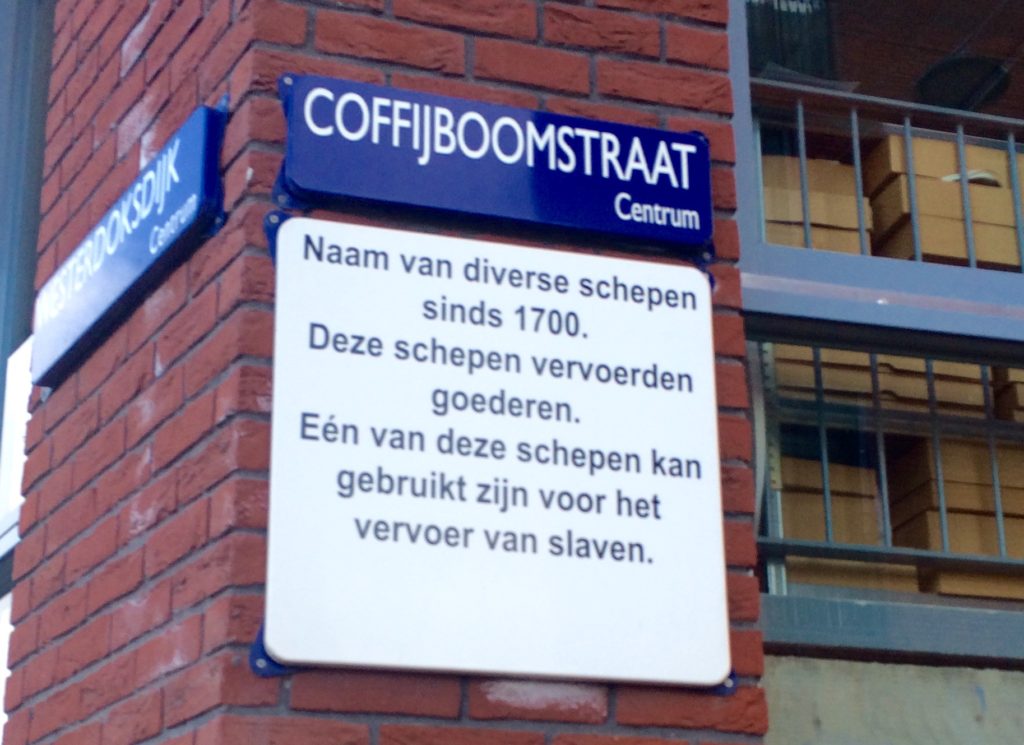