While staying in London and dog sitting there was a sudden freezing cold snow bomb that descended all over the UK. It was a different kind of snow. Sticky. 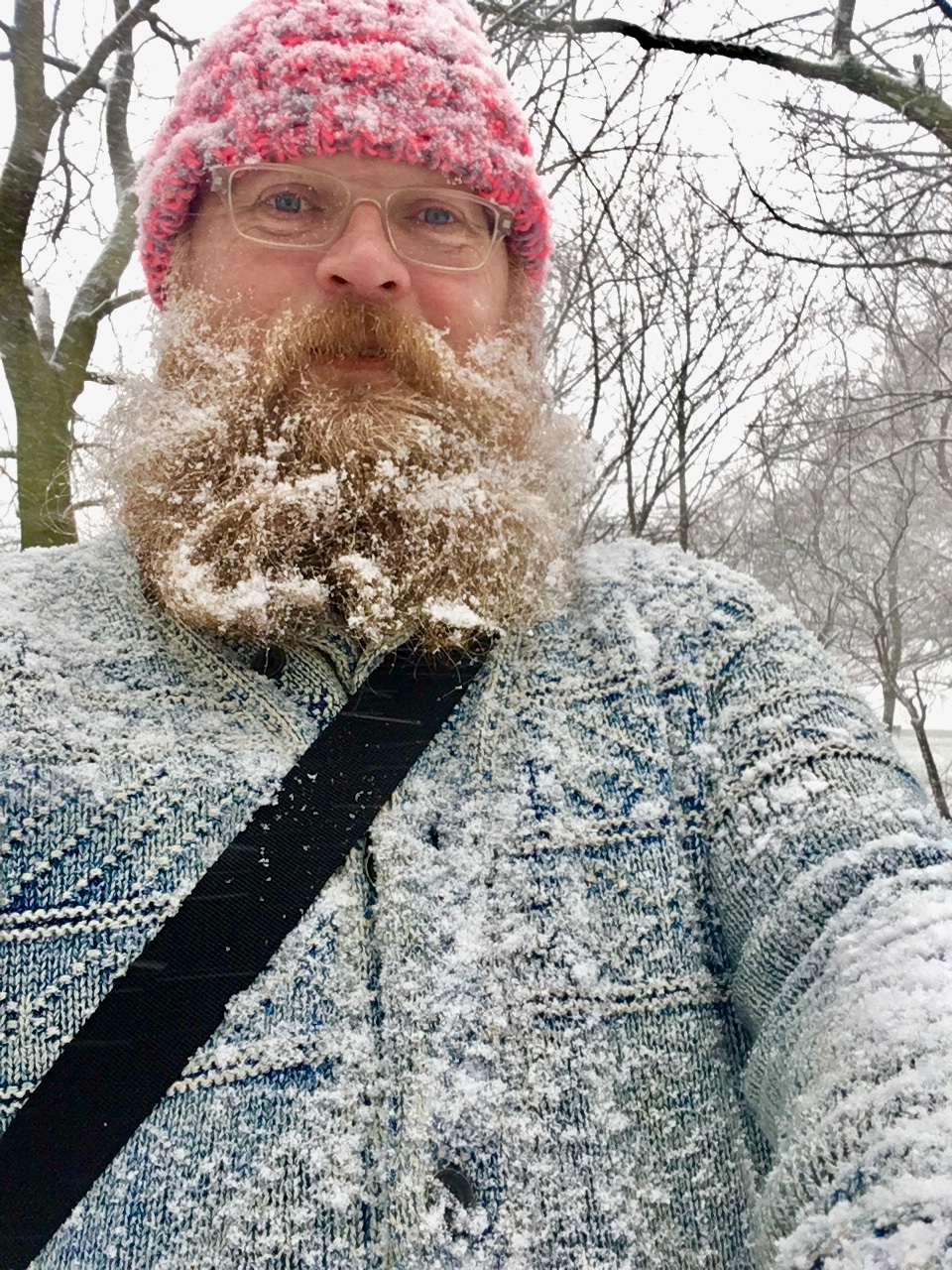 It hung in my beard and all over Merlin who as ever enjoyed it. Mabel seemed less impressed but she is an old grumpy girl who has written several times to Jenny Eclair begging to be included in Grumpy Old Women. 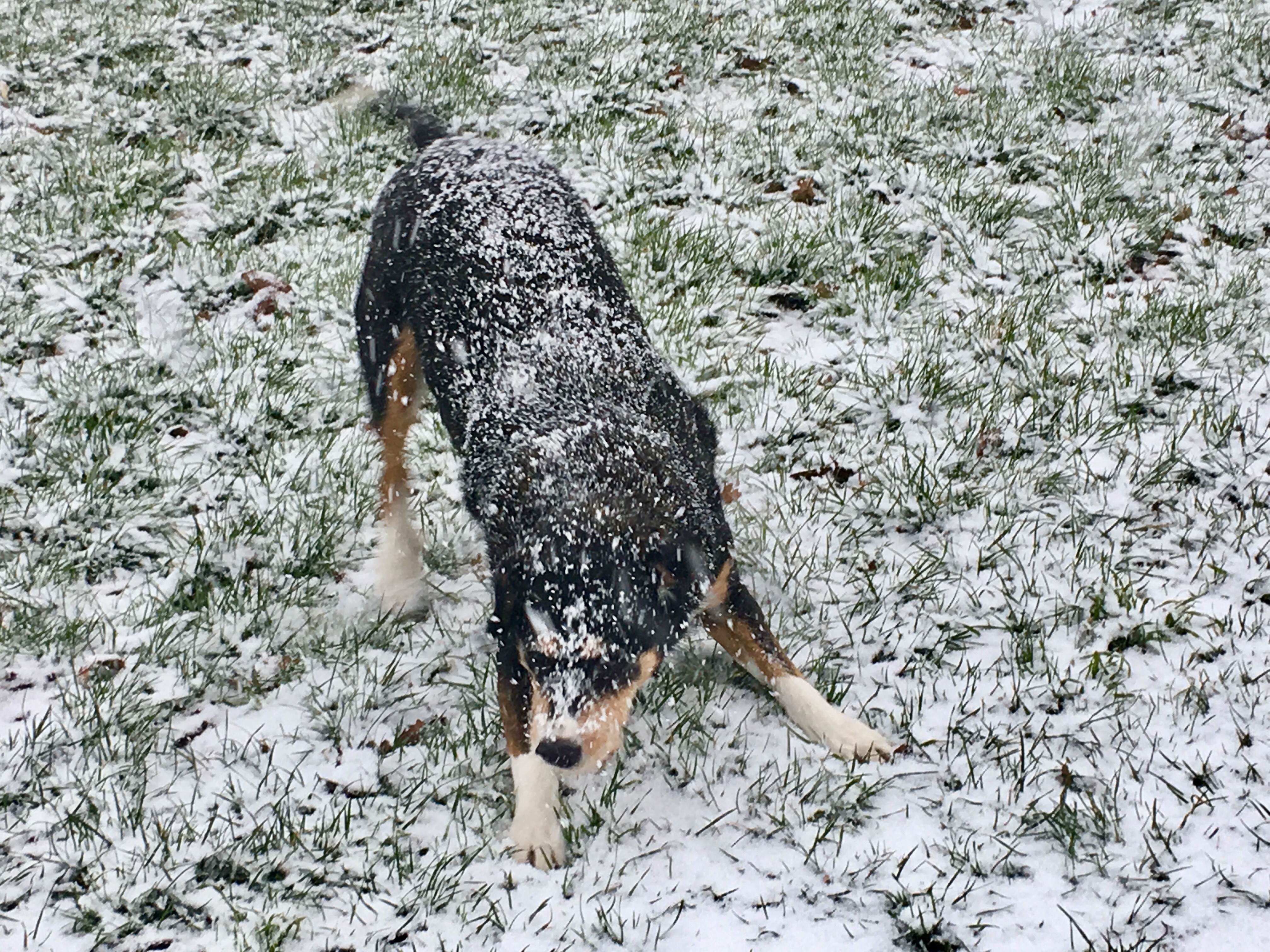 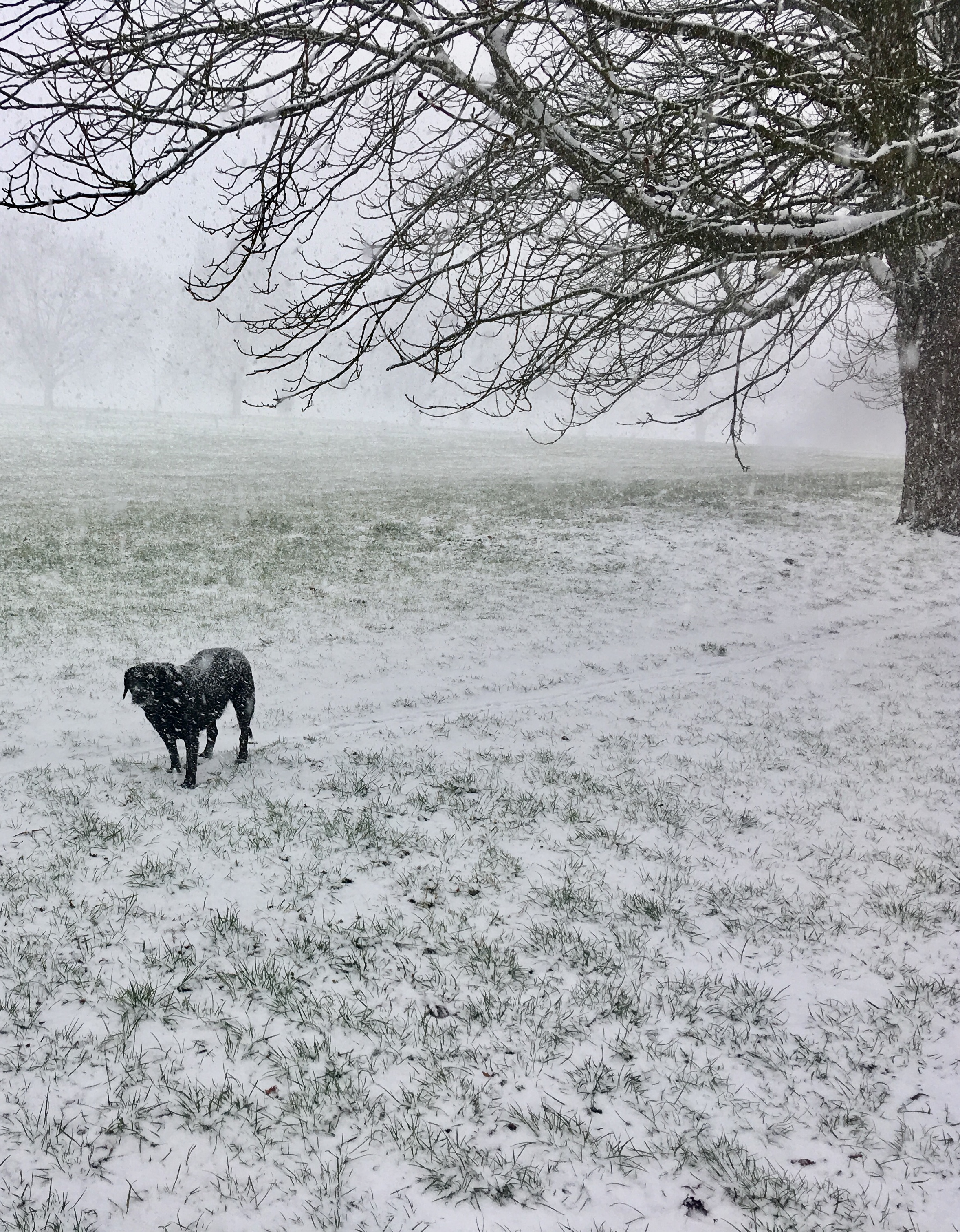 This extremely bitter but very jolly weather required a warm and hearty soup that I could make early and heat through when Val came round with Teddy. 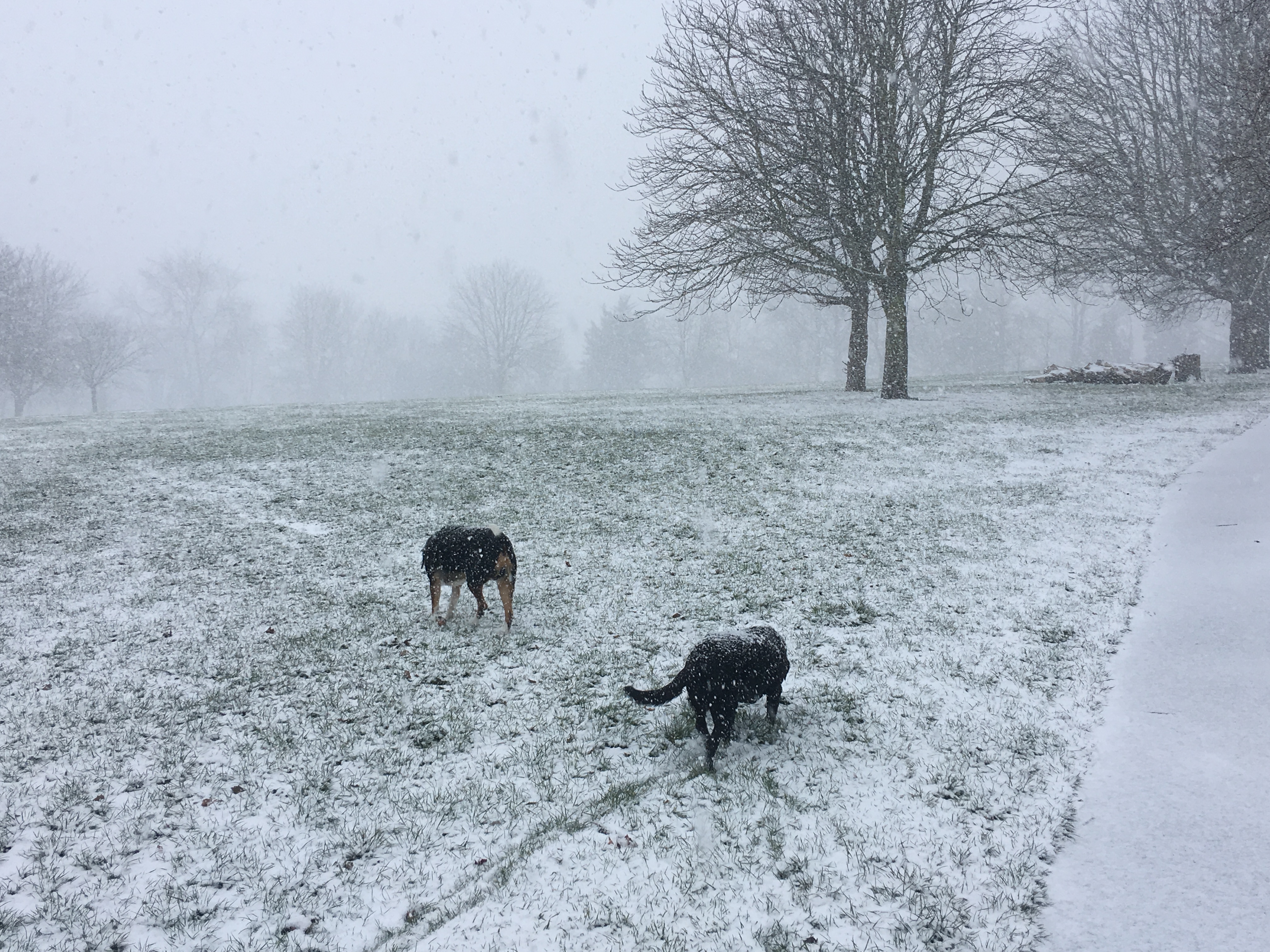 I know this blog is a little late but I hadn’t intended to write up this recipe until the boys finally managed to get a flight back from Jersey and their friend, Dionne asked me for it to be posted. So it’s a tad behind time but I’ve had to make it again to photograph the stages. 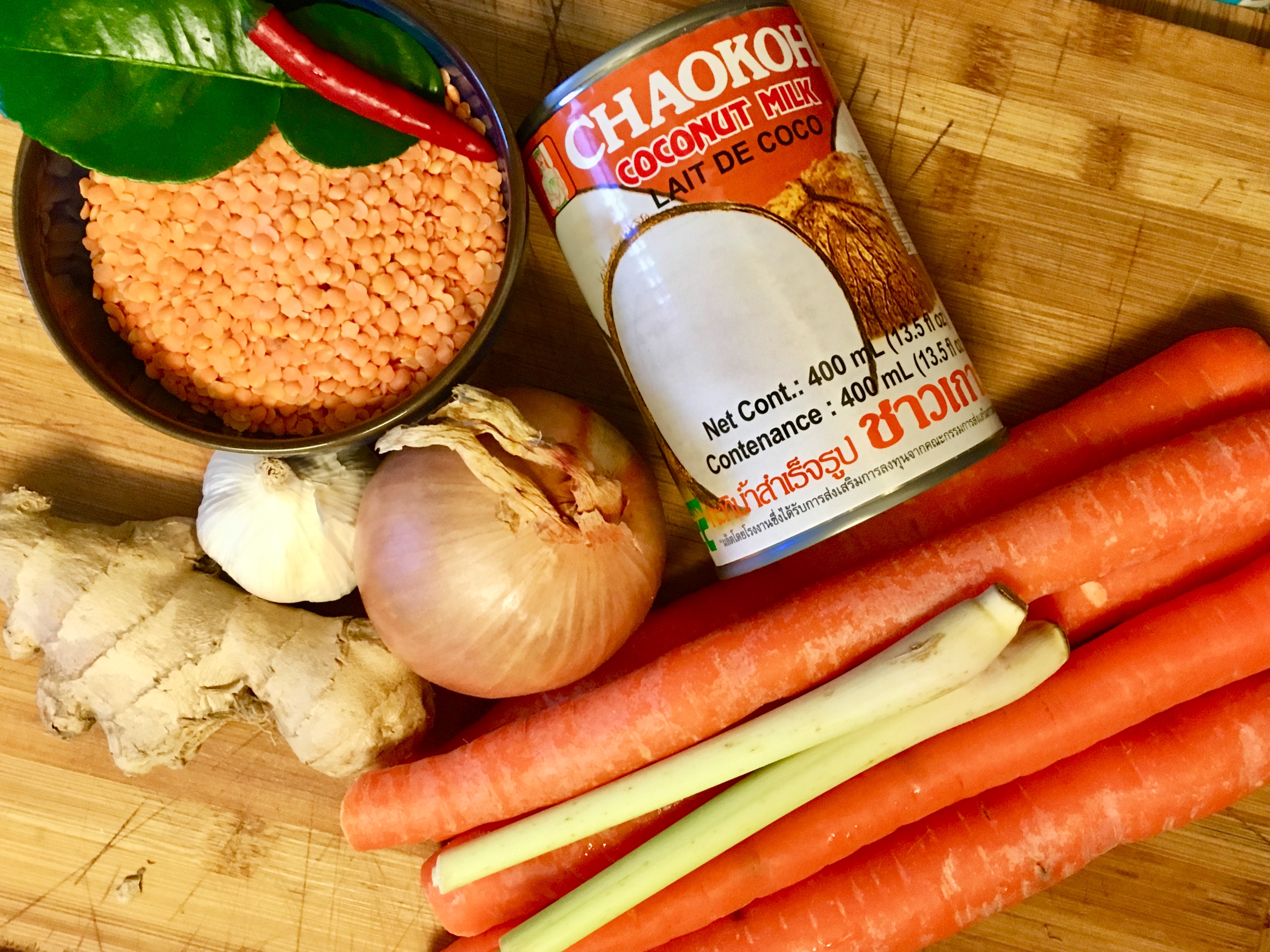 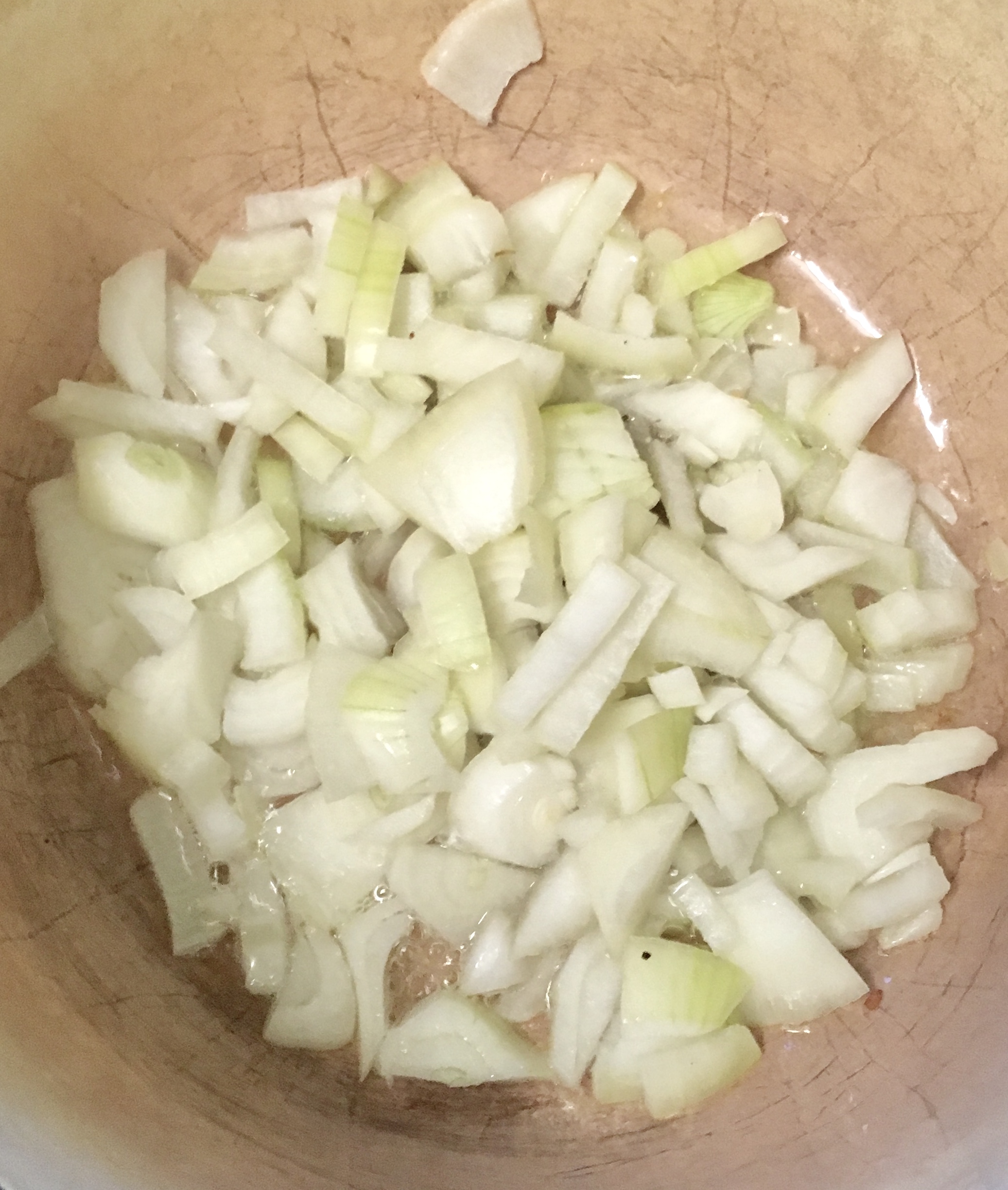 Chop the onion and fry gently in a little sunflower vegetable oil in a large saucepan. Put it on a low heat and cover with a lid to make it sweat a little. 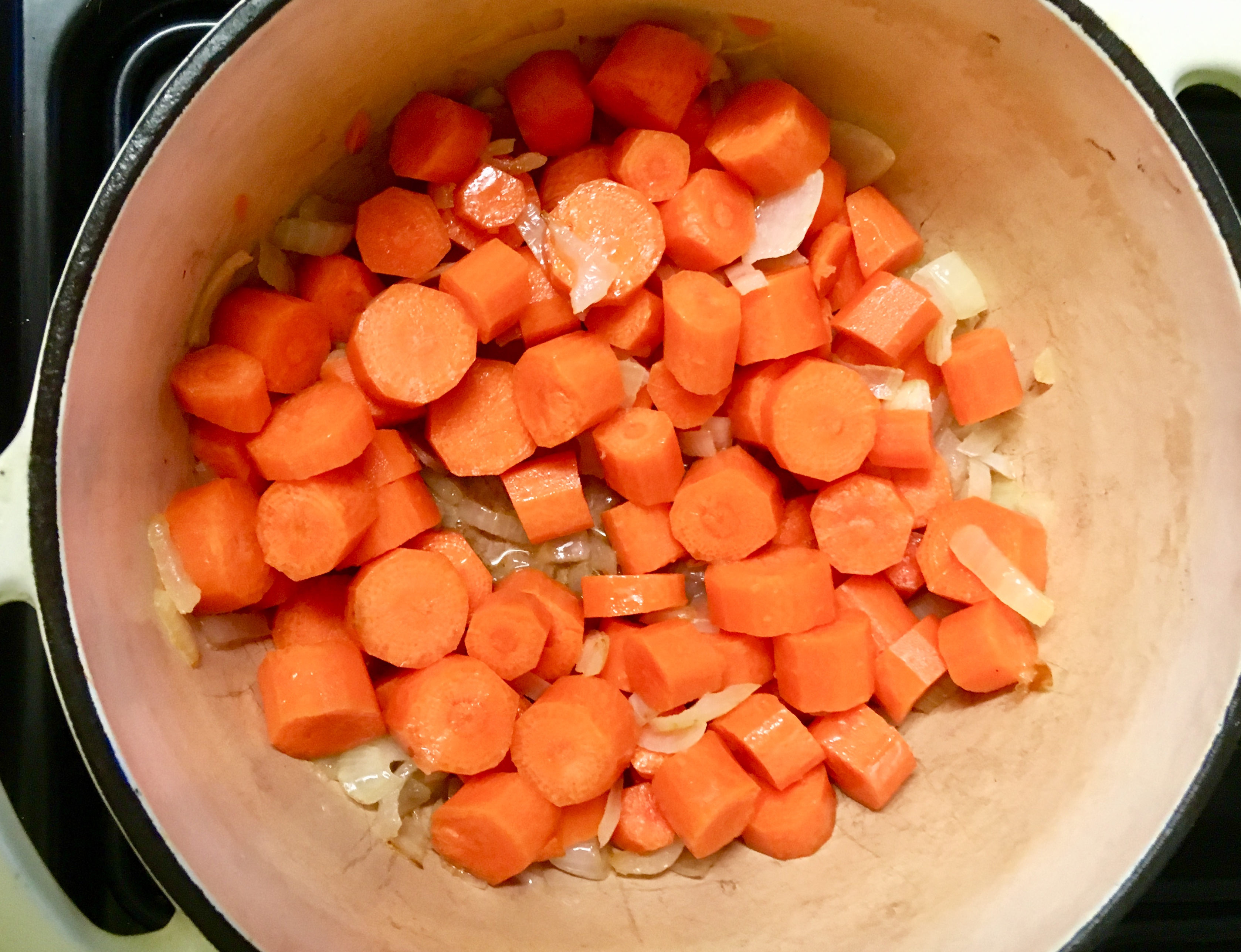 Add the chopped and peeled carrots and again sweet for 5 minutes with a lid on the pan. This helps the flavours to pervade each other and stops burning. 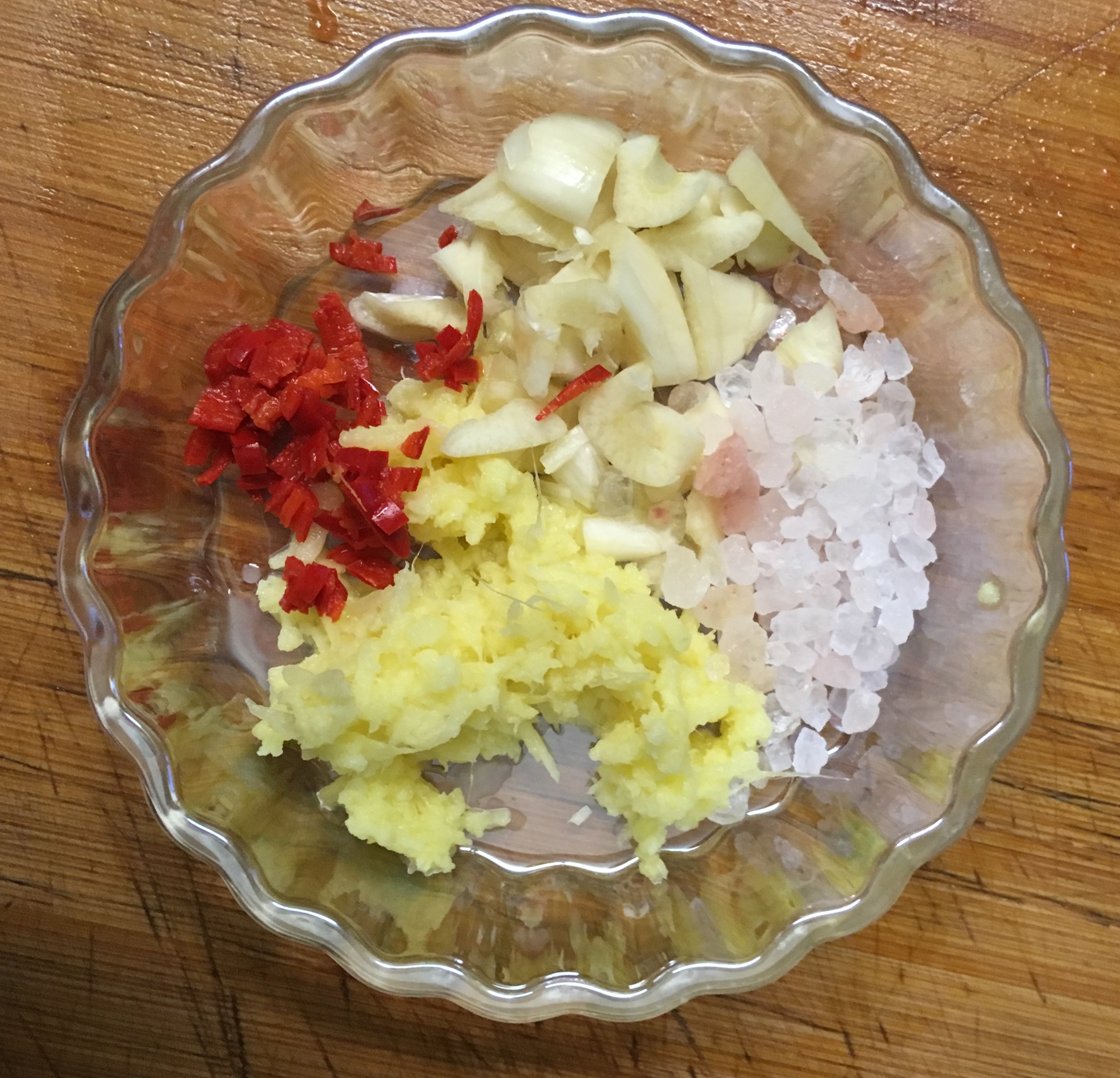 Finely chop the garlic. Grate the ginger with the fine side of a grater to help remove any ginger threads. Halve the chilli longways and scrap out the seeds. Try not to handle the chilli too much as it will get into your eyes from your fingers somehow. It always does. Add these to the pan along with the salt, lentils and plenty of water to cover the contents. This will need topping up during the cooking time. Ow… I just accidentally touched my eye as it was itching as I typed. And I washed my hands too after handling the little red devil. 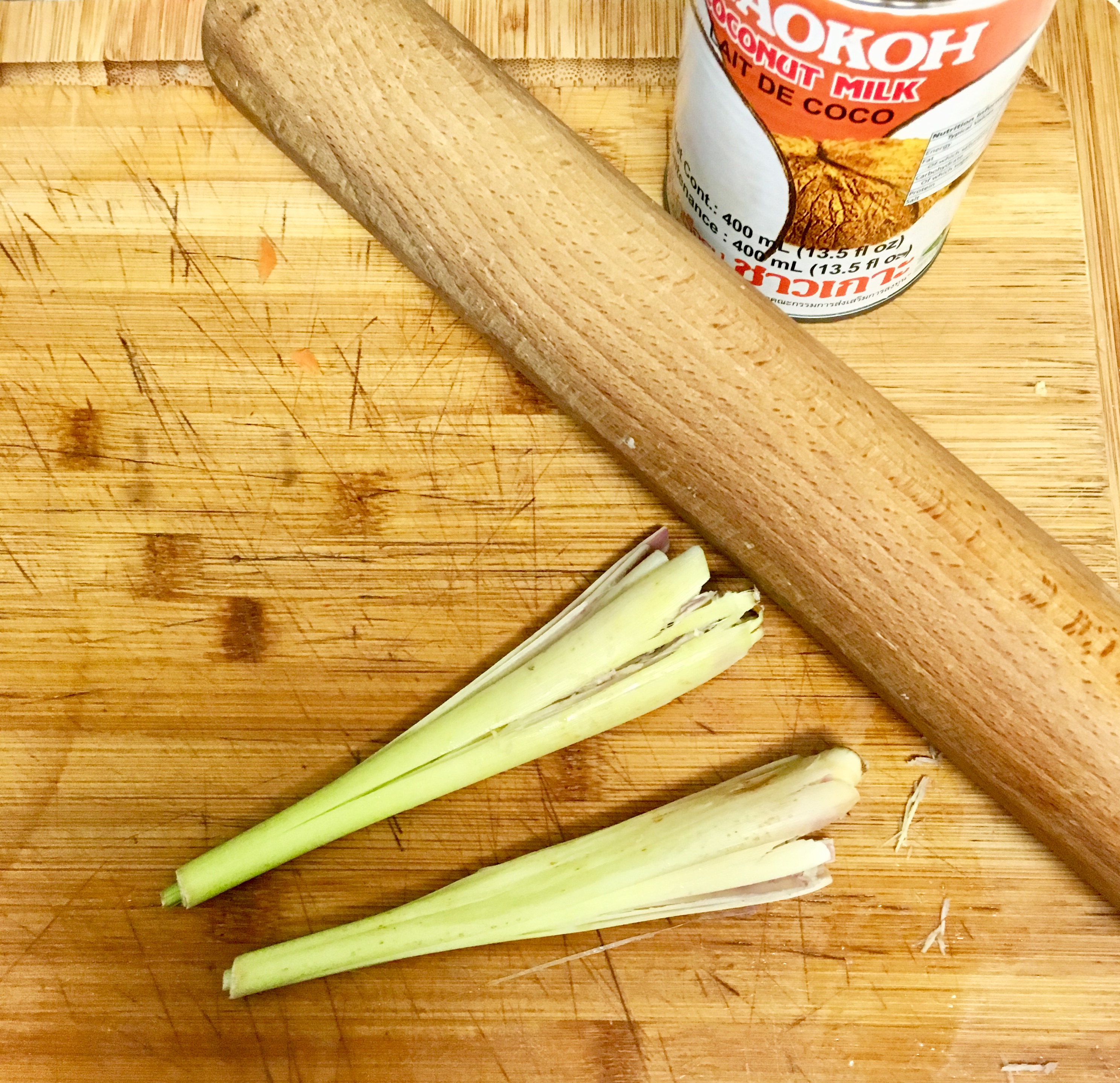 Bash the bulbous ends of the lemongrass with a wooden rolling pin or the can of coconut milk if you have no rolling pin. Add these and the lime leaf to the pan and simmer for about 40 minutes. 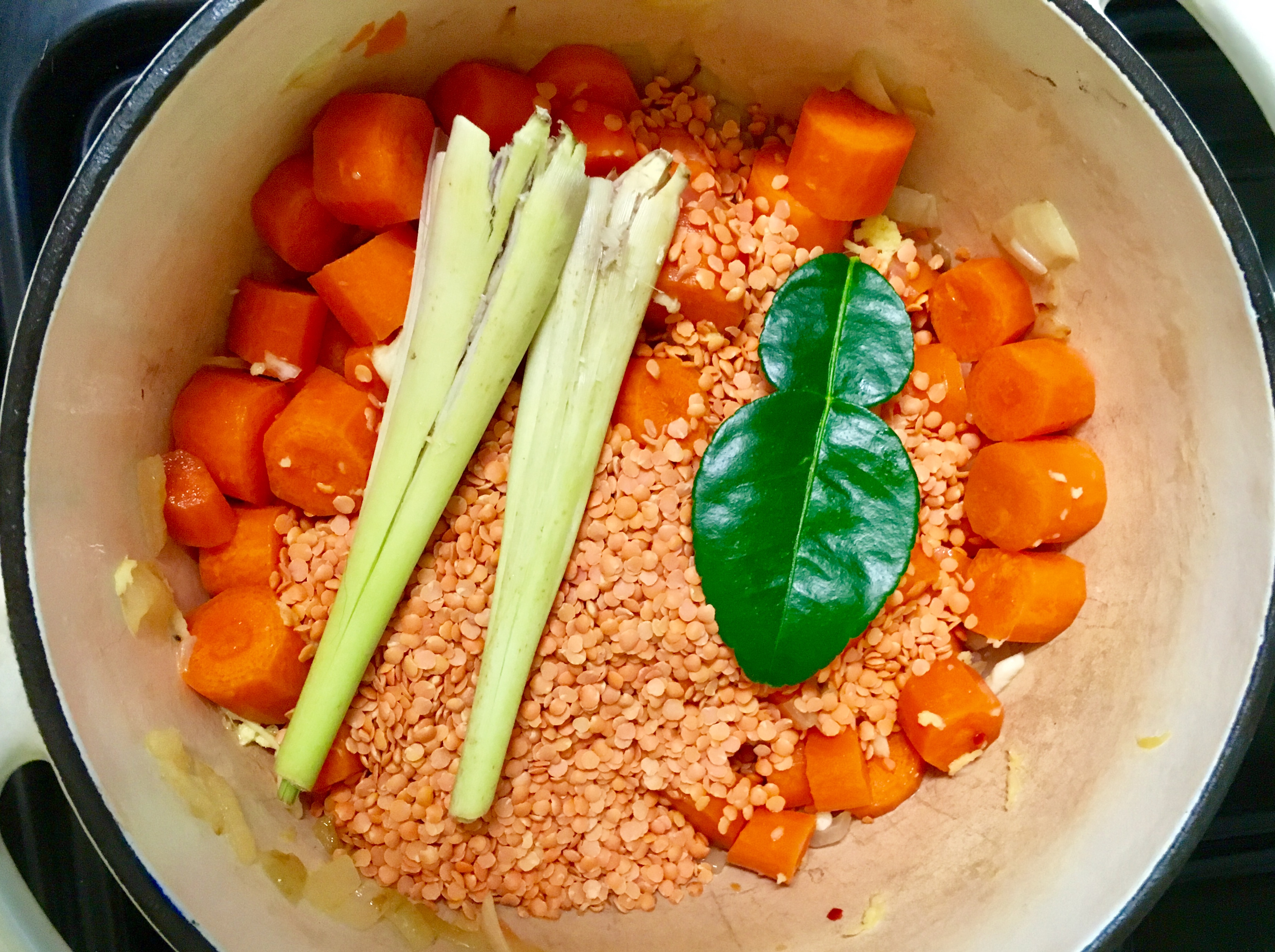 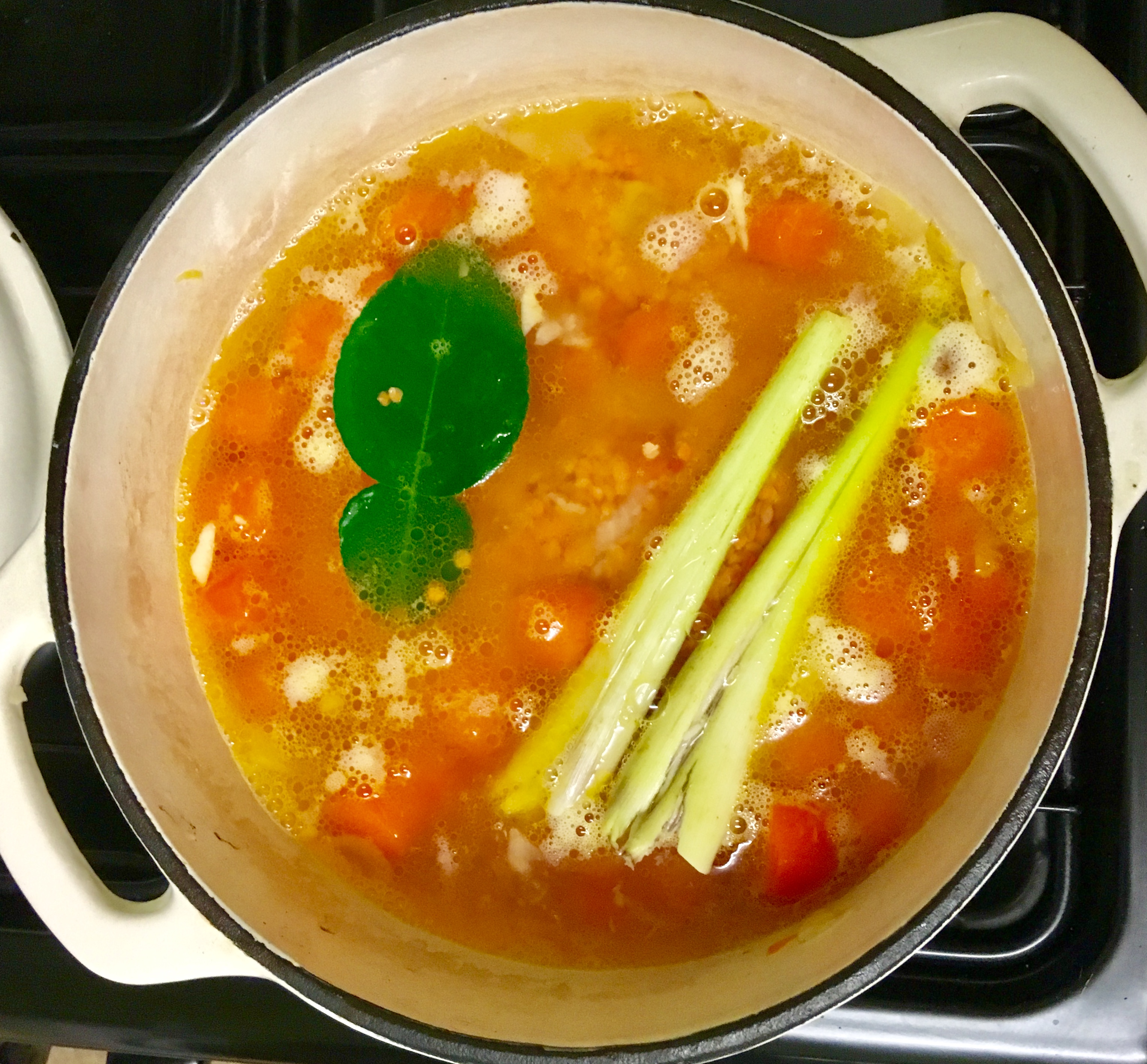 Remove the lemongrass and lime leaf and liquidise the mixture with a soup hand blender and then stir in the coconut milk. And it’s all done and ready to eat with delicious breads. 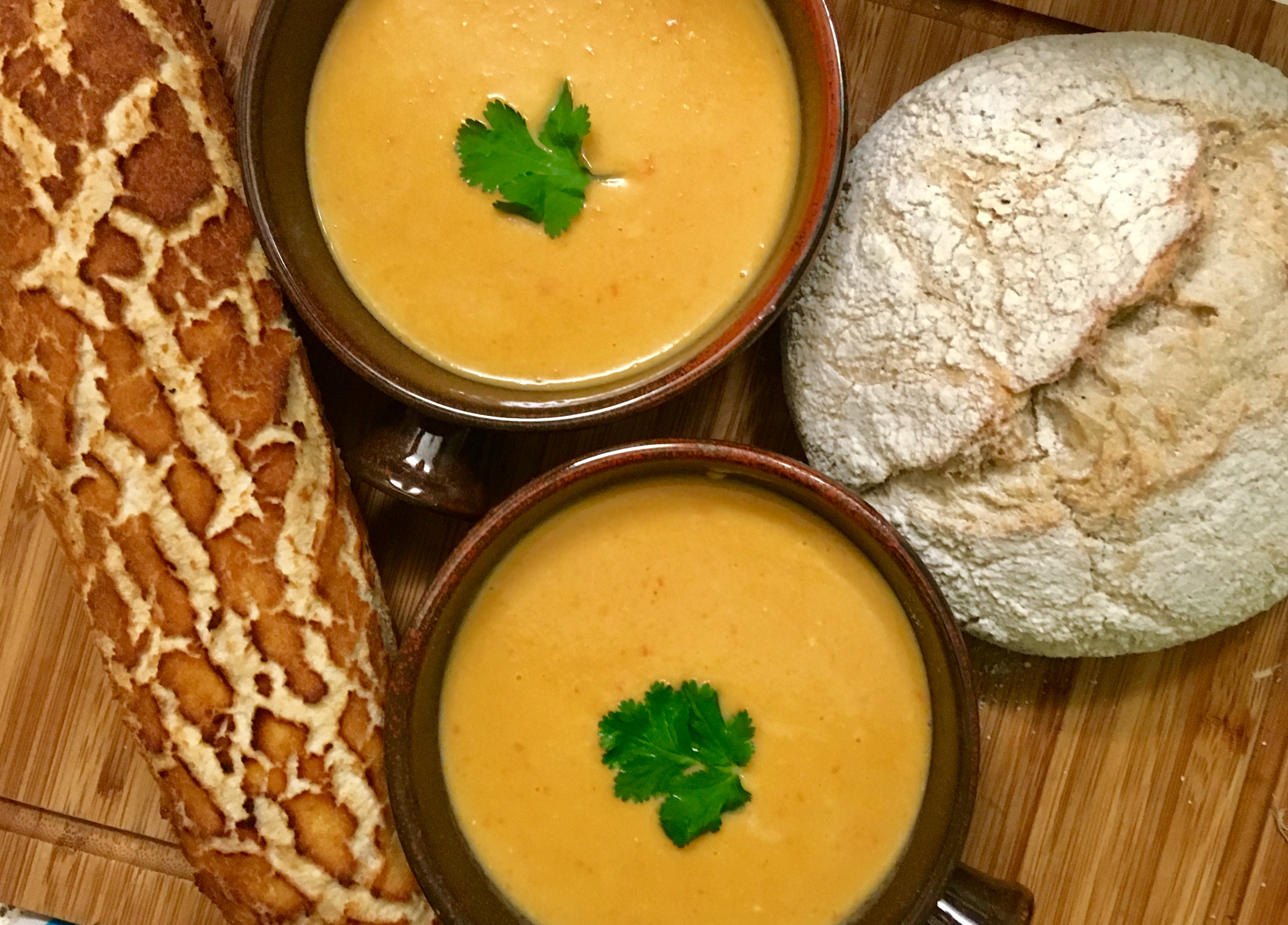 However we now had time for a doggy love in before reheating it later. 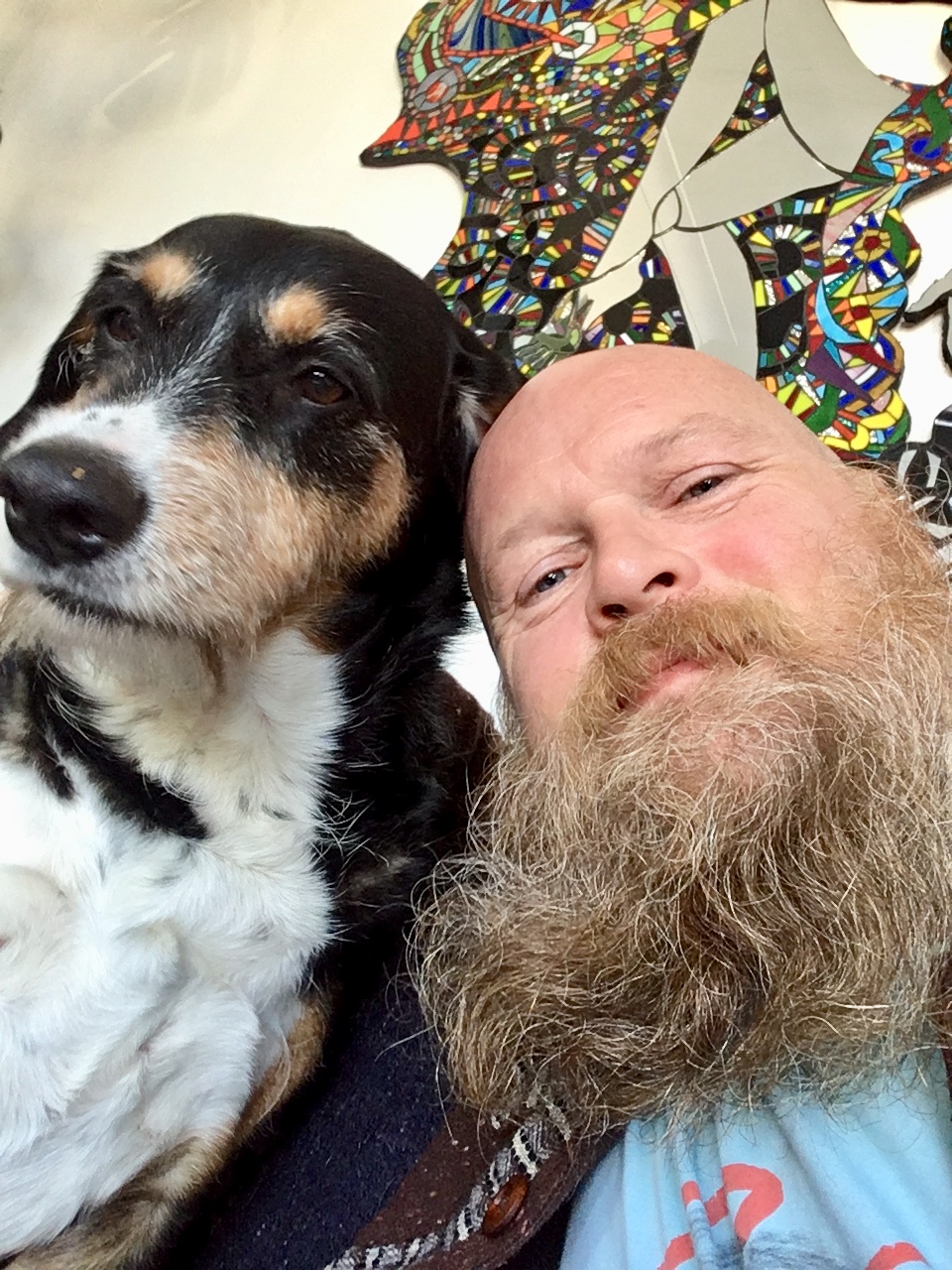 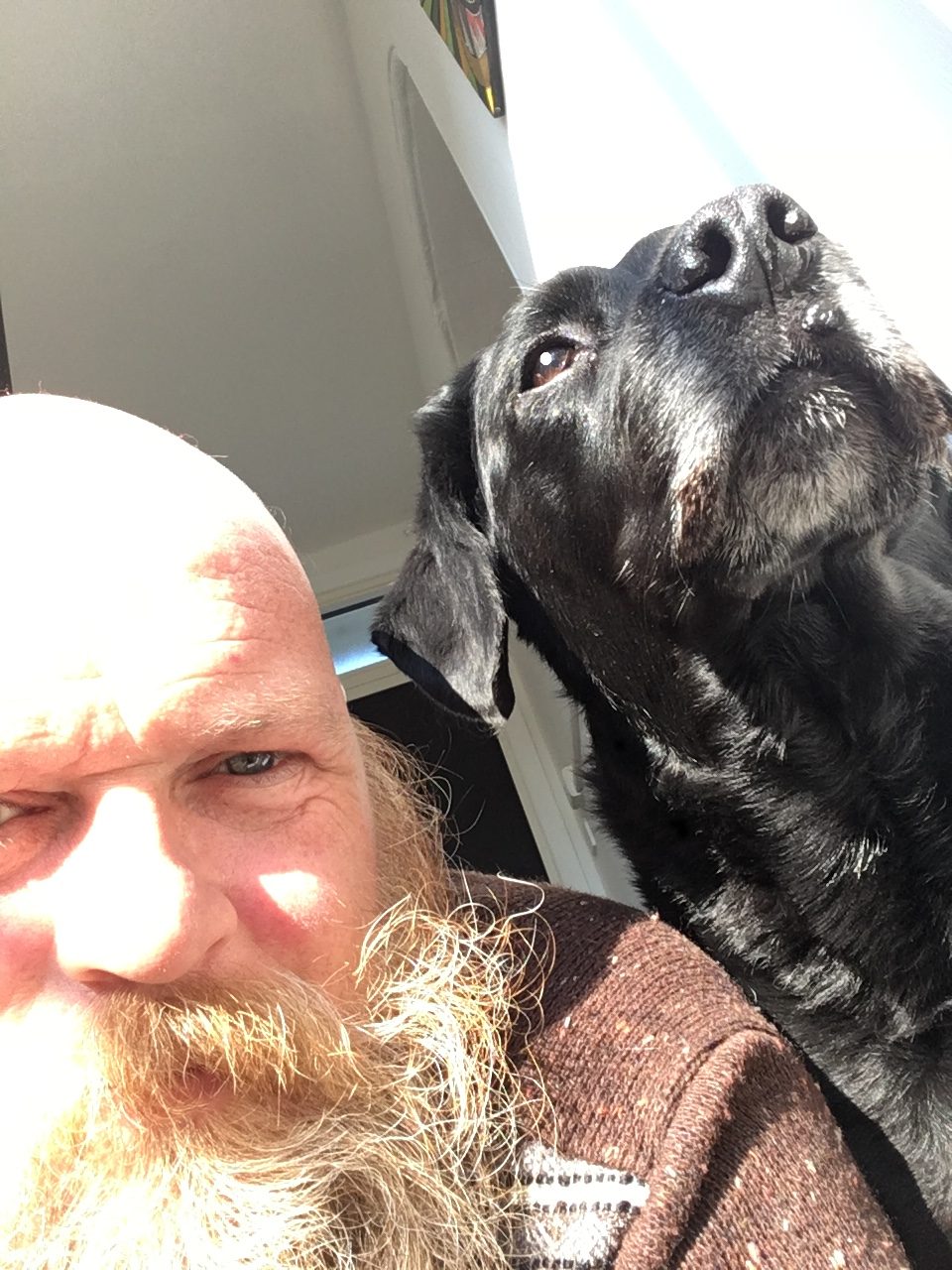 And so I leave you with Mabel and Merlin in the cold as the snow falls waiting for Val and Teddy to arrive. 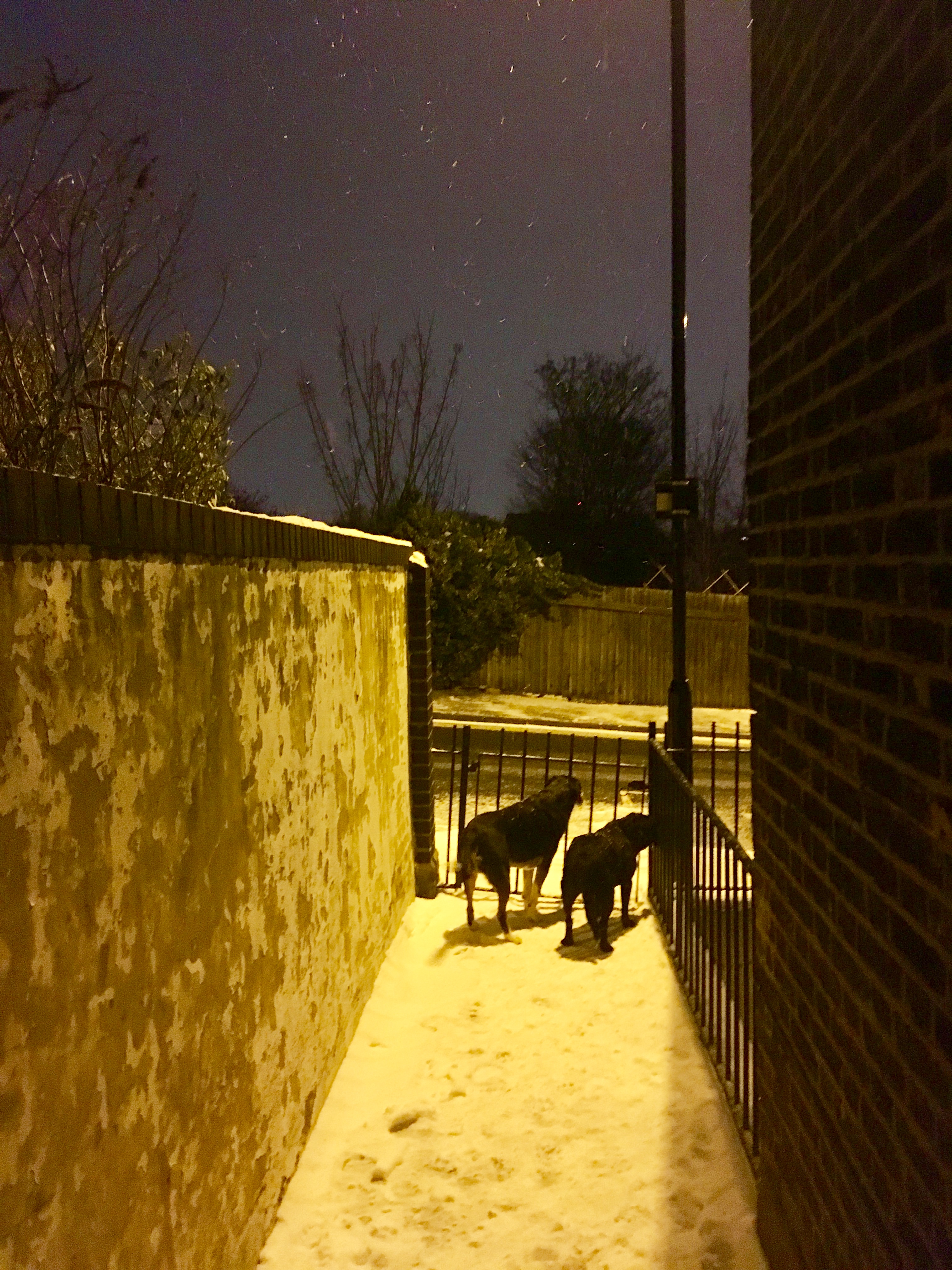