When you first eat a fresh hot pretzel you can’t fail to be amazed at the savoury smooth tasty skin scattered with small crunchy cubic crystals of salt. I was then very bereft to discover the industrially hazardous lye that is used to create the shiny surface of proper pretzels. Much later I discovered that bicarbonate of soda could be used to create an almost similar effect but then on a recent visit to Berlin I realised that while the look is acceptable, the skin burning lye definitely tastes more incredible. Here I have switched the ingredients to create a vegan version and added a little sesame oil to add to the nutty flavour. 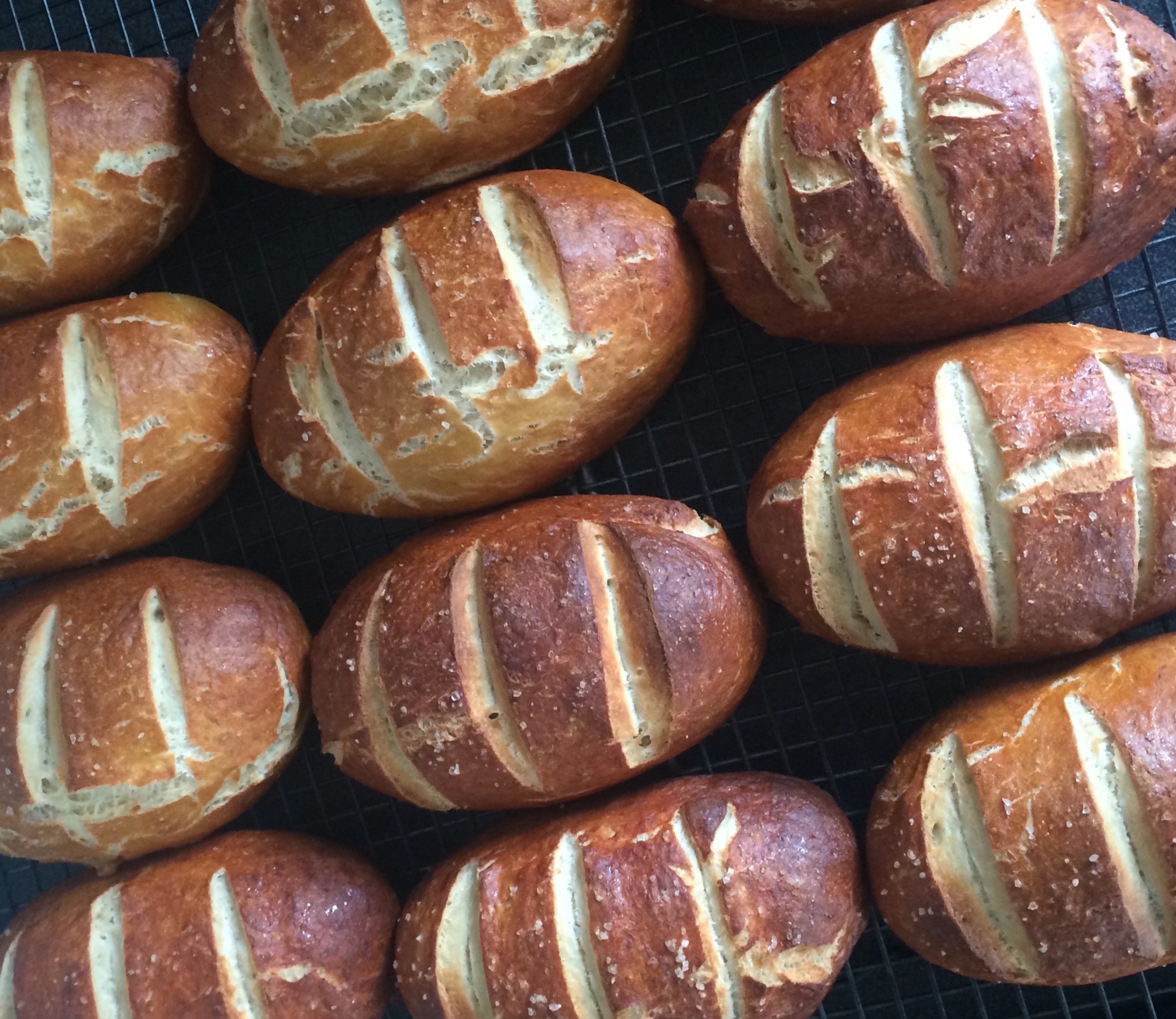 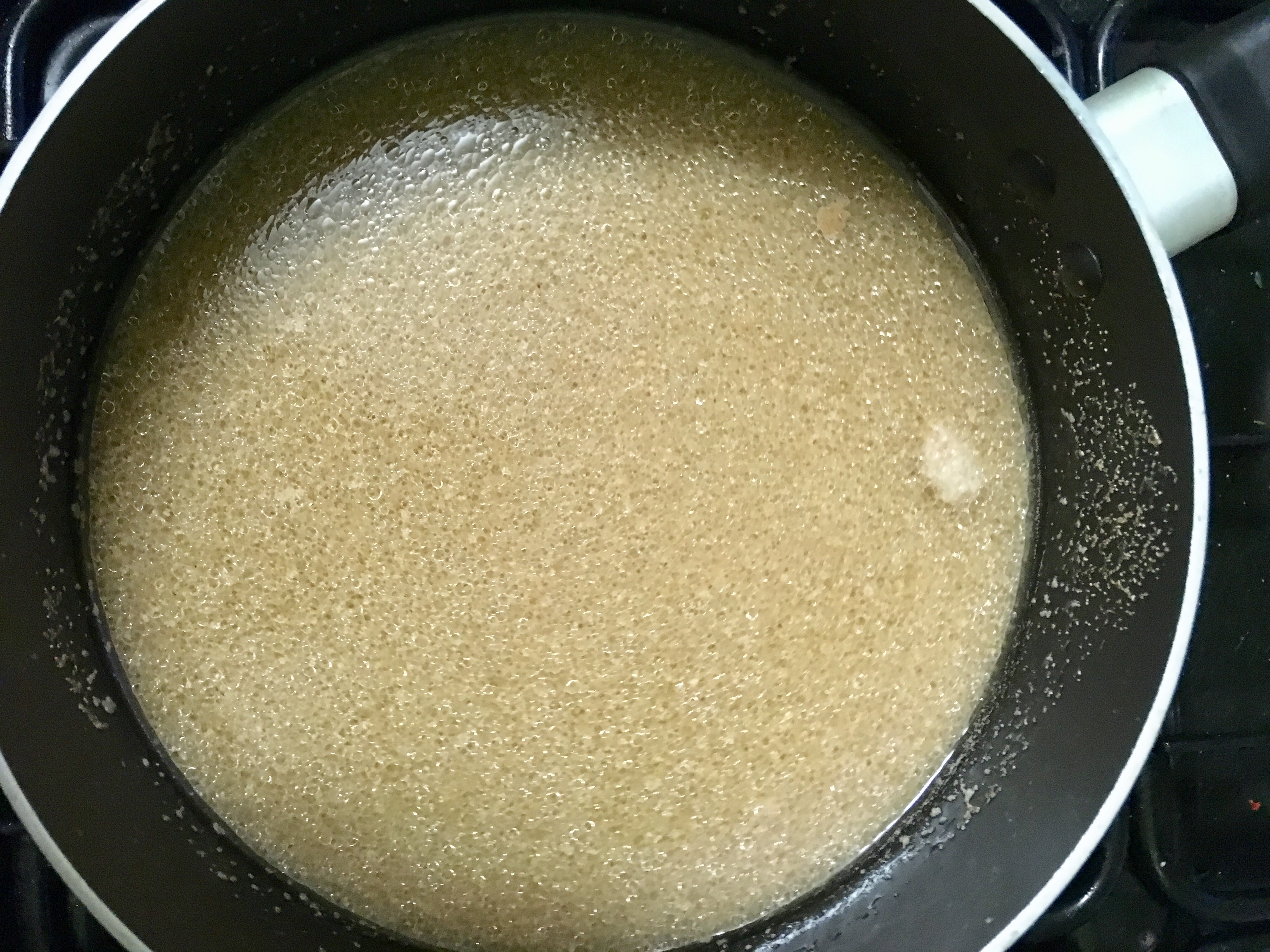 In a small pan put the milk, water, sesame oil, sunflower oil and malt syrup and heat gently but not too high as it will kill the yeast. Add the yeast and stir in and leave for 10 minutes for the surface to get all foamy. 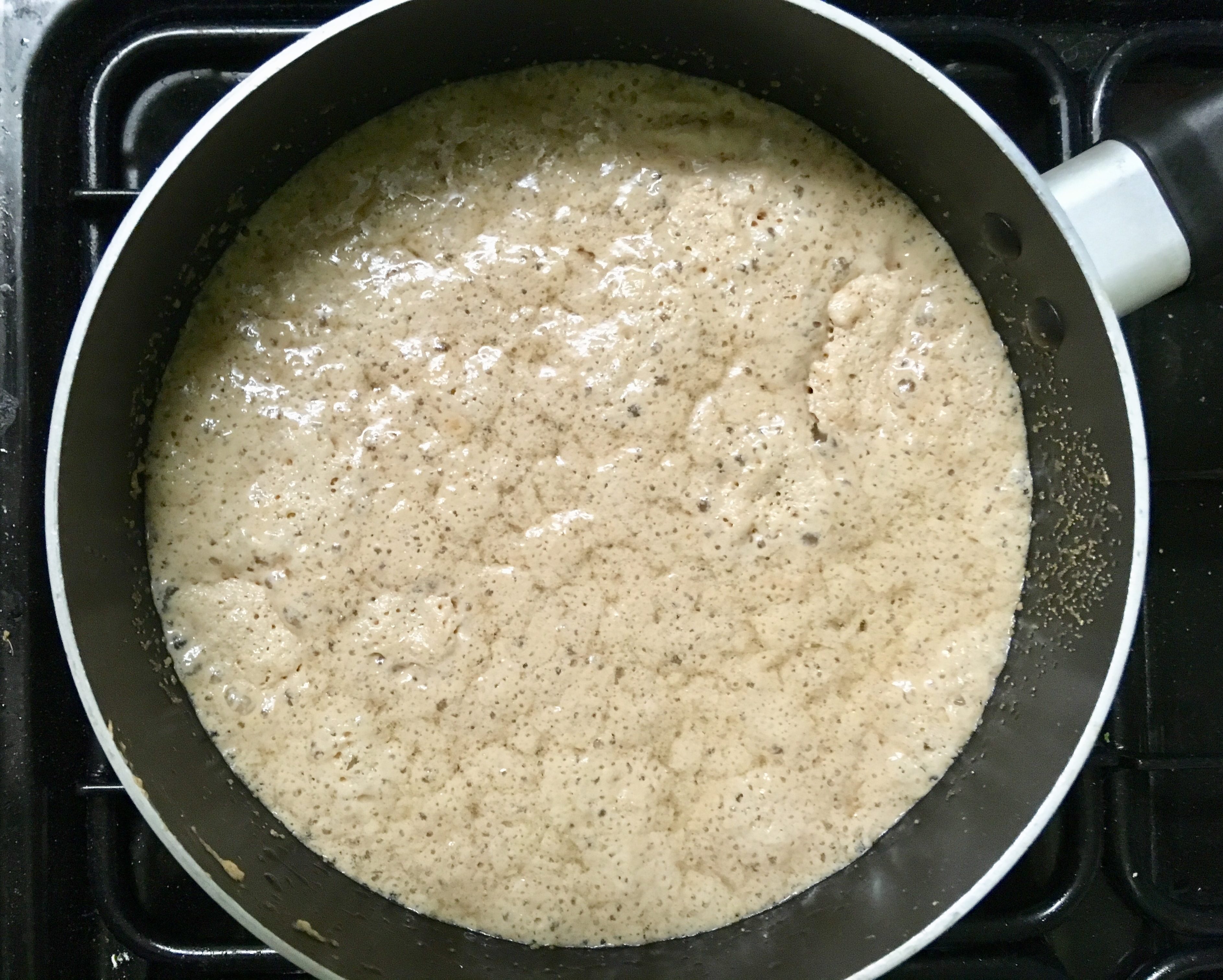 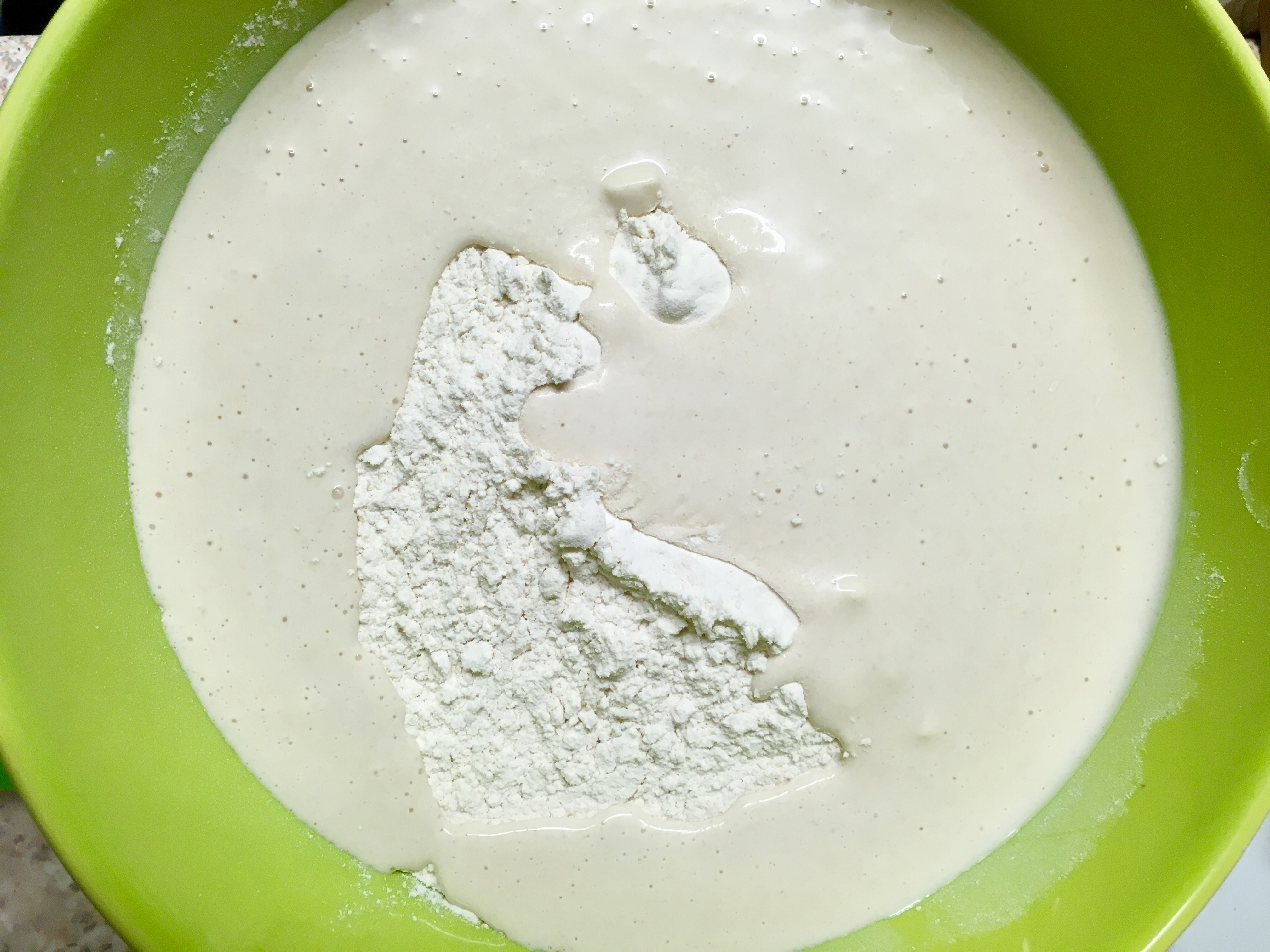 In a large mixing bowl weigh out the flour, salt and sourdough starter. And add the foaming liquids and mix together with a large spoon to create a very warm soft dough. 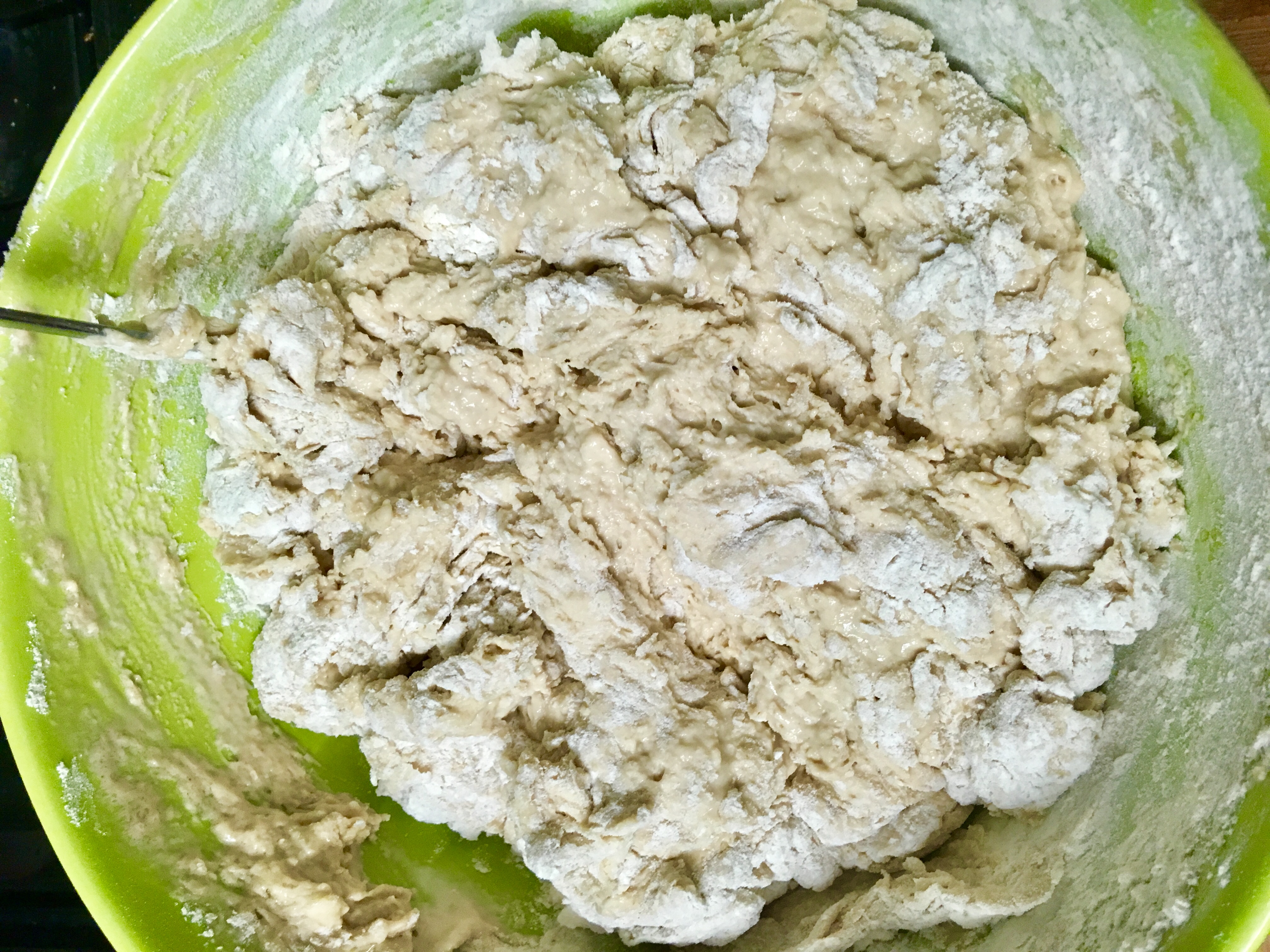 Then turn out onto a heavily floured rubber baking mat and knead for 10 minutes. Add more flour if the dough becomes too sticky but don’t allow it to become dry. 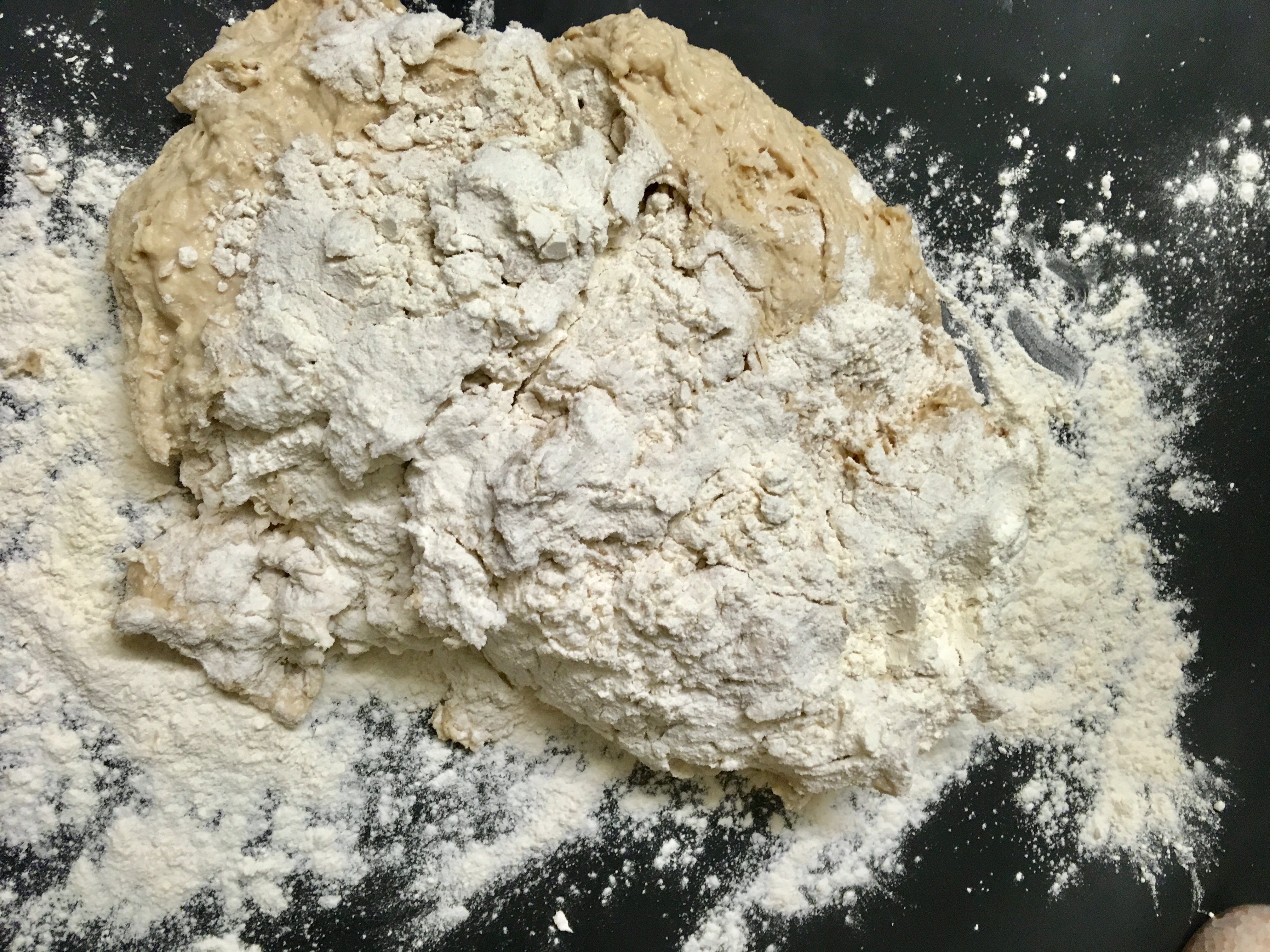 Form into a large ball and place it in a big oiled box and seal with a lid. Leave for about 1-2 hours. 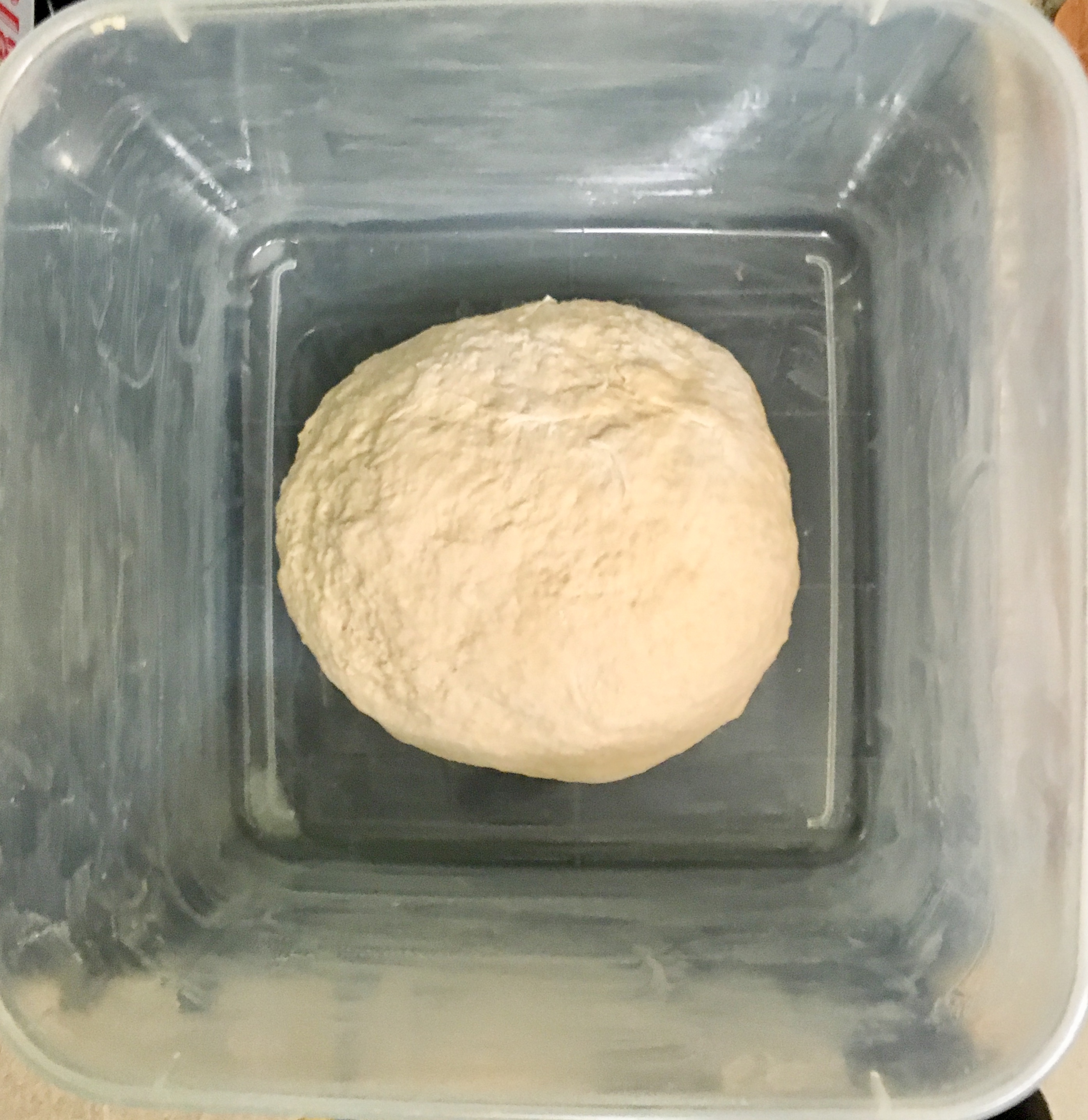 Once the dough has doubled in size take out and knock it back pushing out the gasses that have formed. using scales is very important here to create uniformity of size. 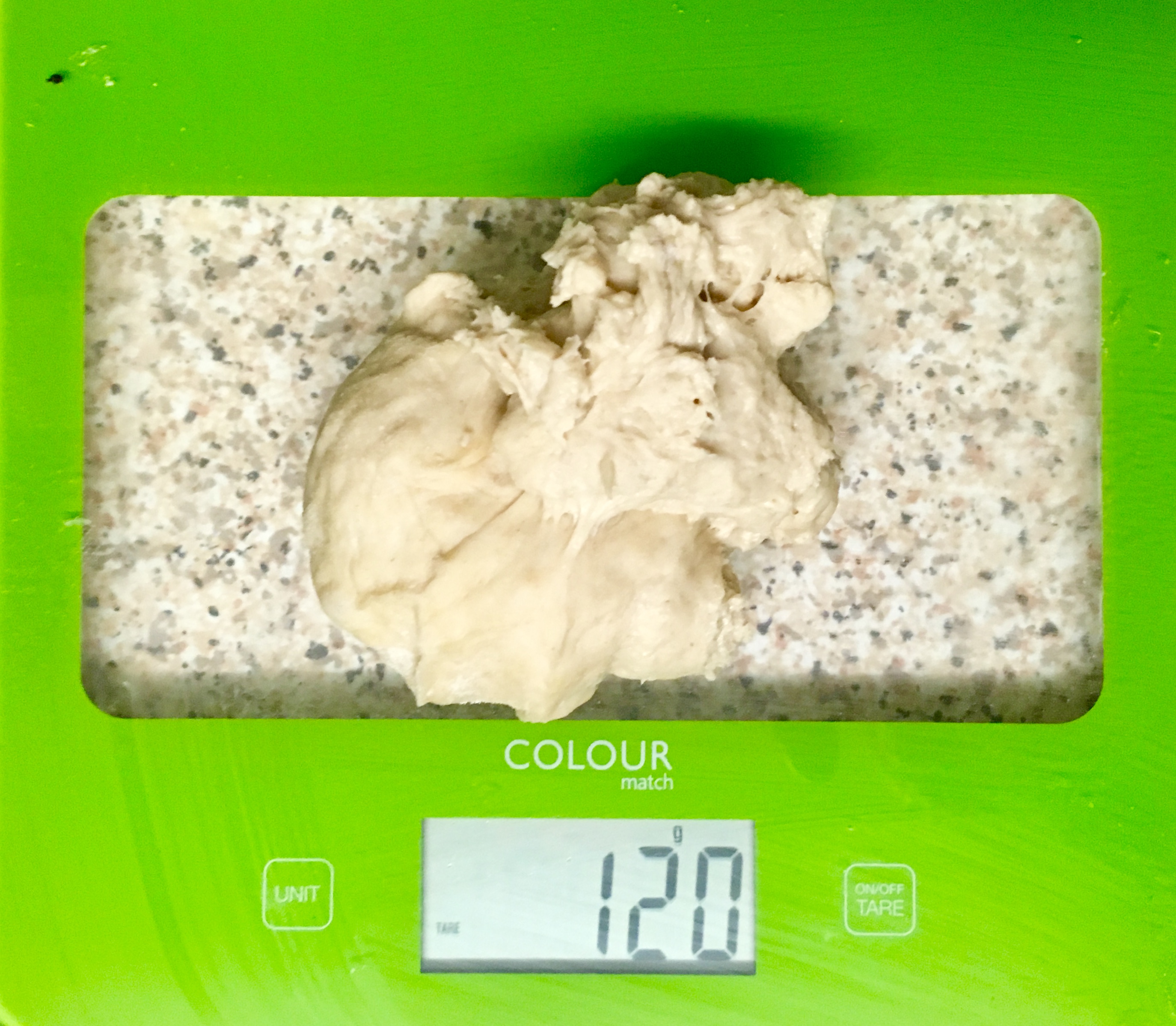 Using 120g of dough each time either roll into short ovals to make rolls that can be filled with your favourite veggies and spreads. 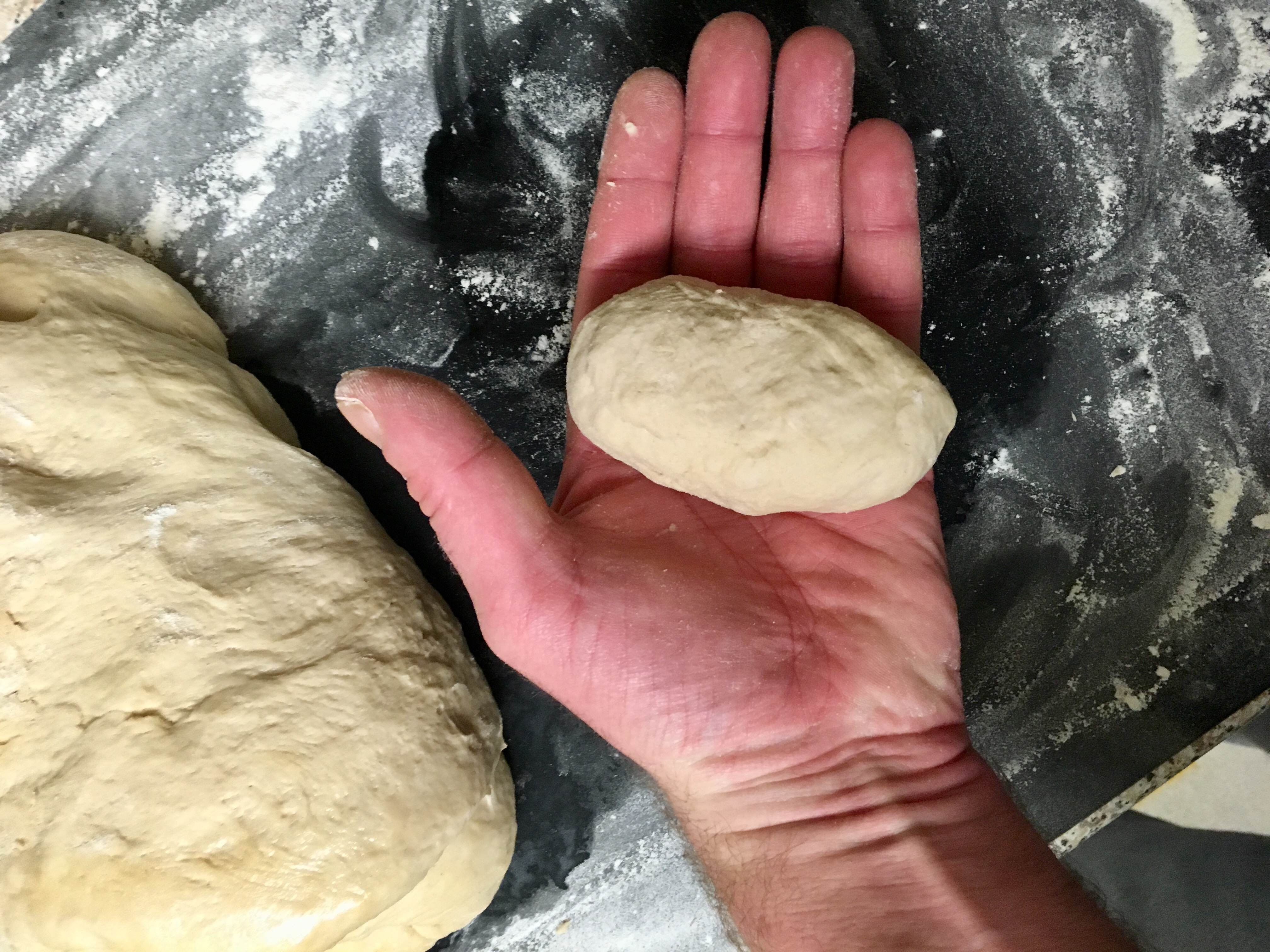 Place the rolls on a oiled baking tray with room between them to rise in size without touching. You want them to develop a skin so you don’t want them touching. 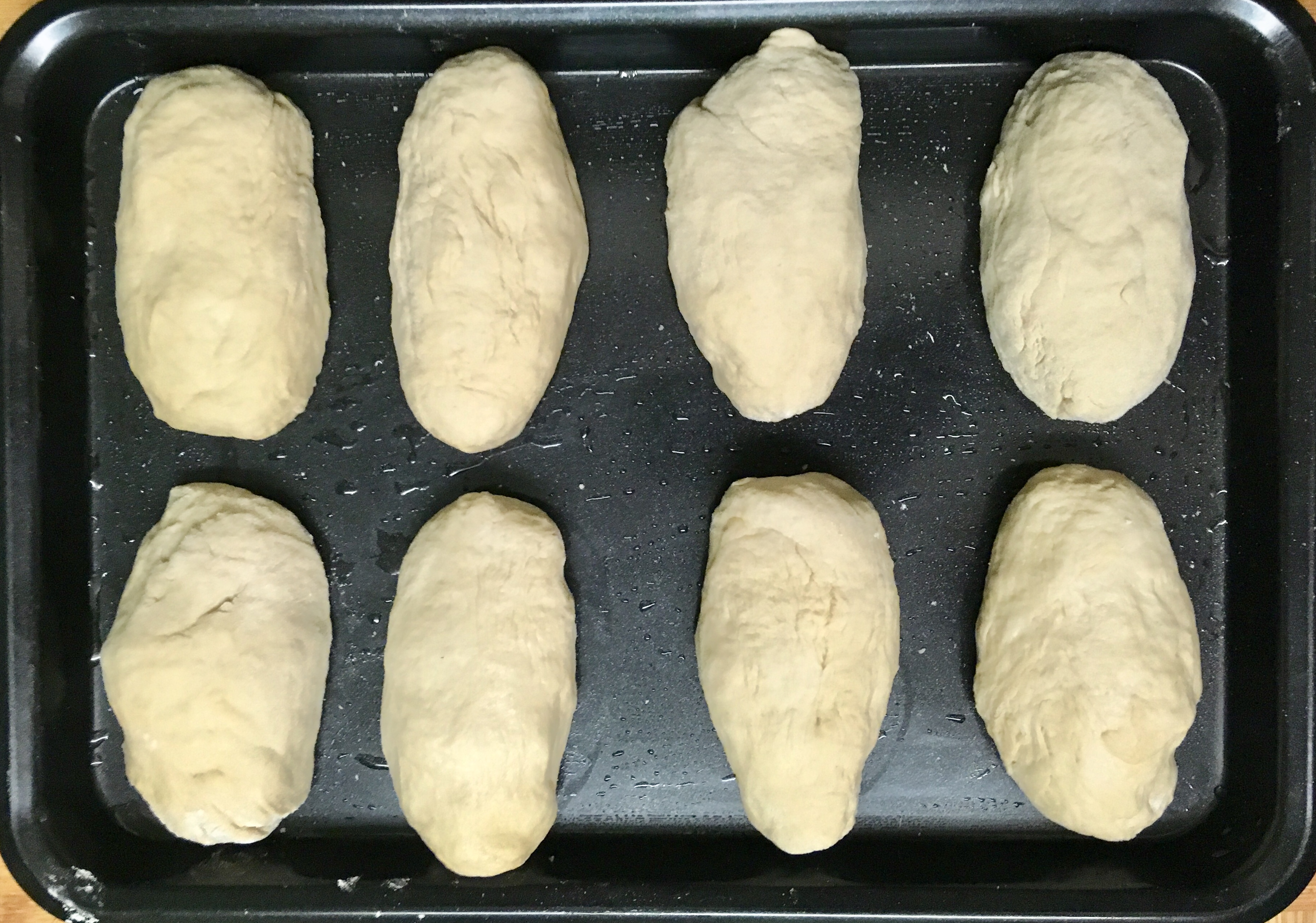 If like me you need to create the traditional shape then let’s crack on by rolling out a chord of dough that is plump in the middle and tapers towards the tips. 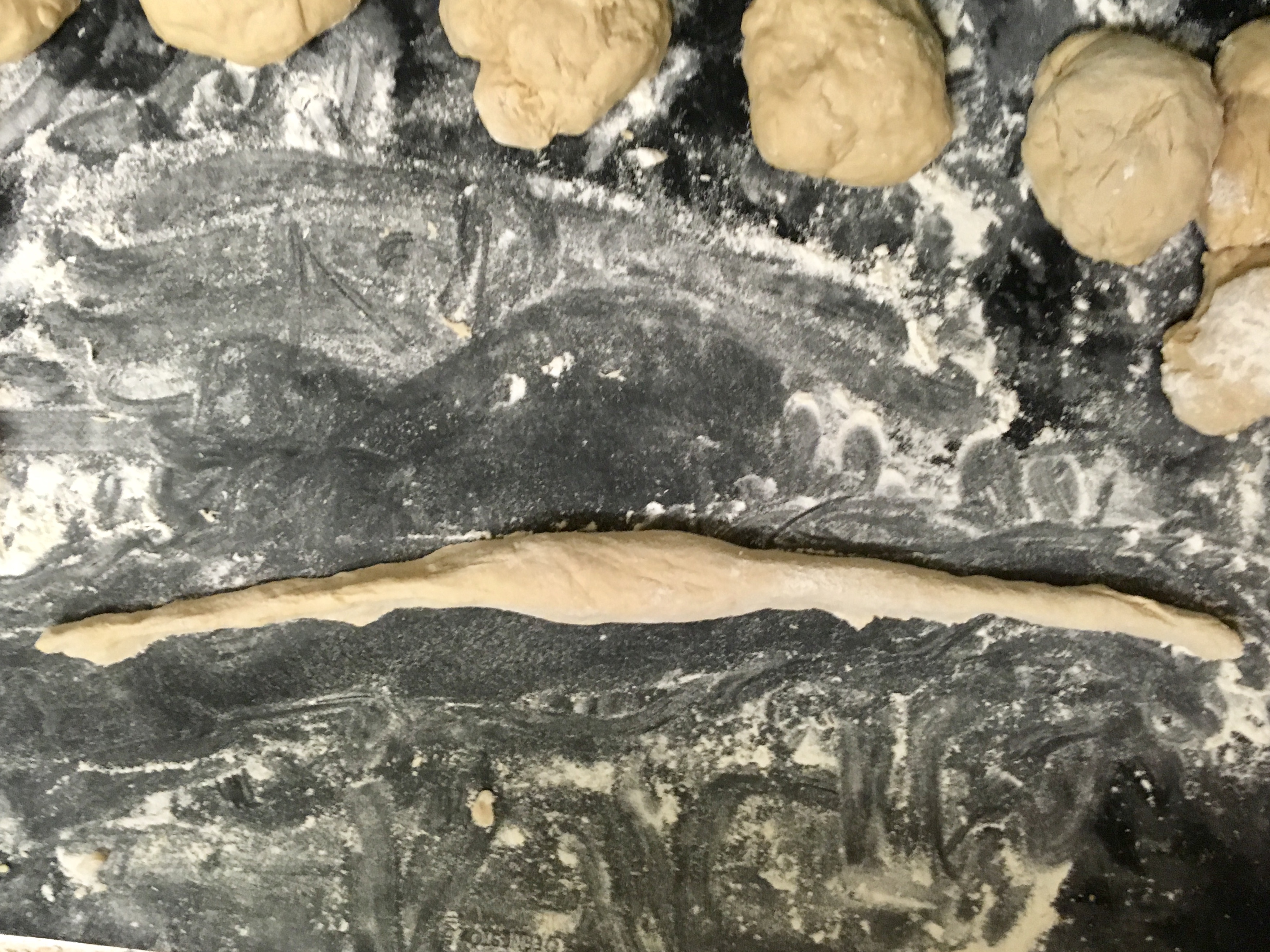 Then cross the ends to create this shape alpha sign the wrong way round. It’s tricky working alone and taking  each stage photos with sticky and floury hands. Each time I washed them the natural elasticity of the dough meant it shrank back and  they went a bit wonky, sorry. 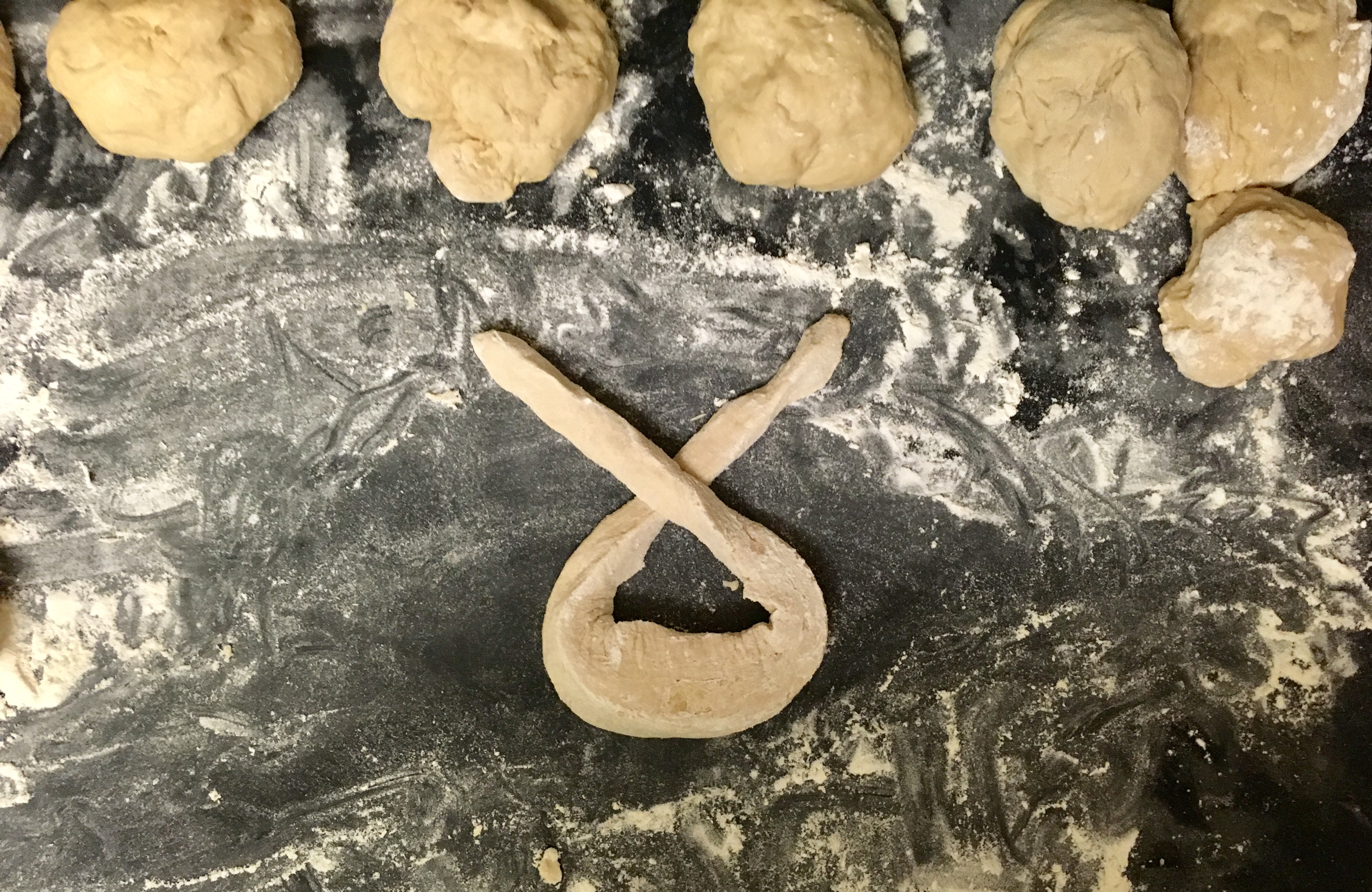 Twist the end over again. 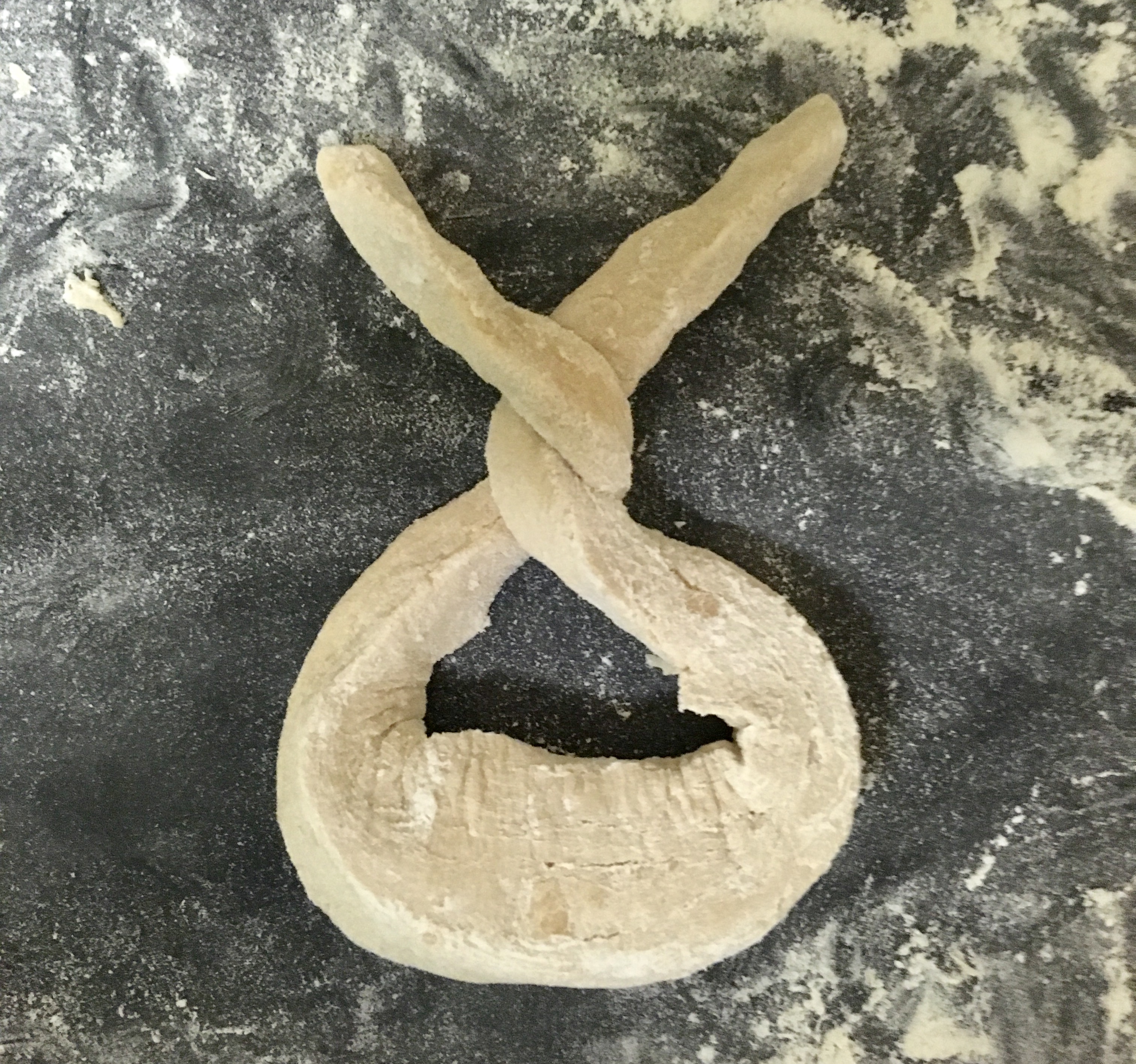 Now tuck the ends over on to the wider bit and turn over and place on an oiled tray. 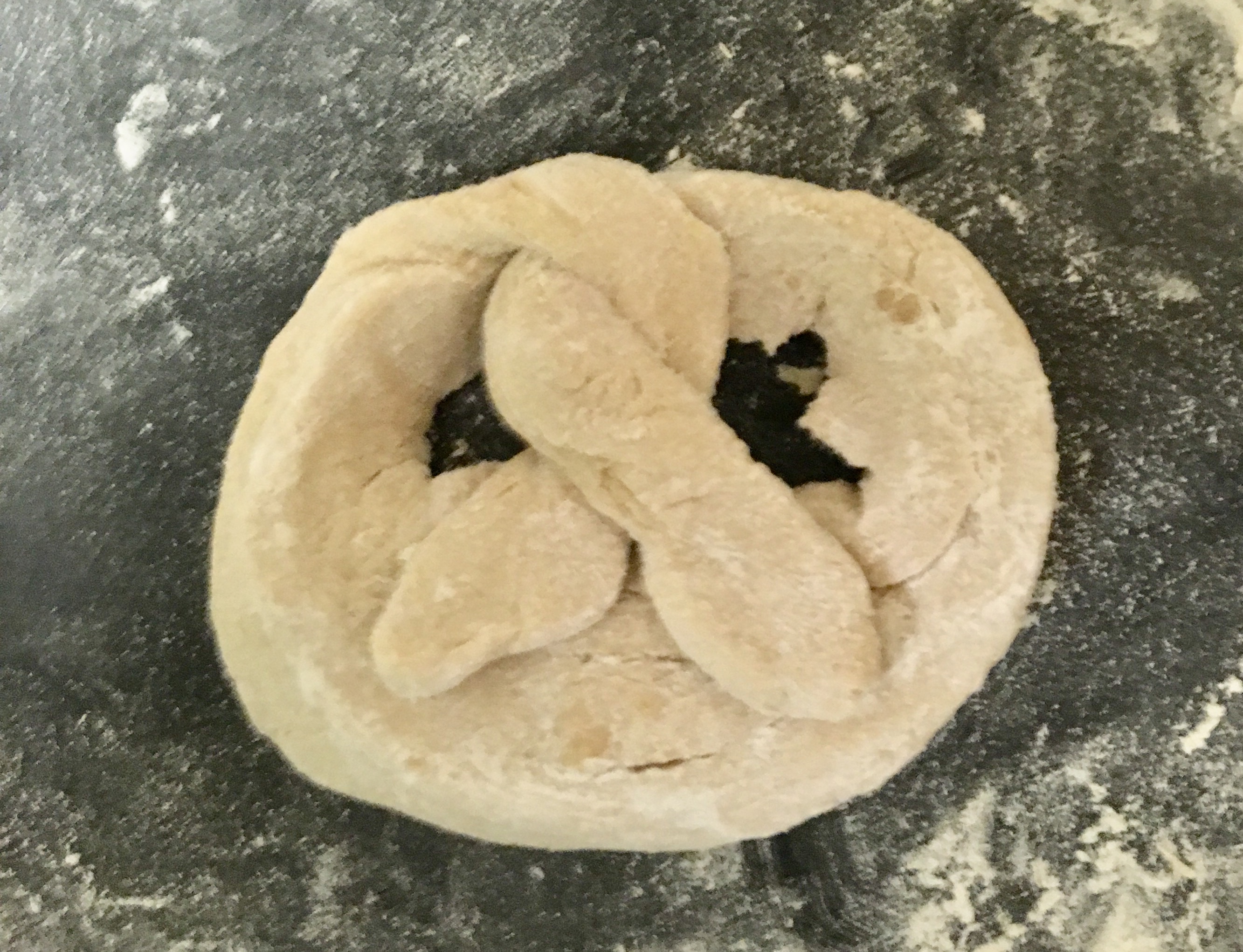 They should be more stretched to leave room for them to proof. I will admit that I started this one again without taking pictures in between to create proper shapes. 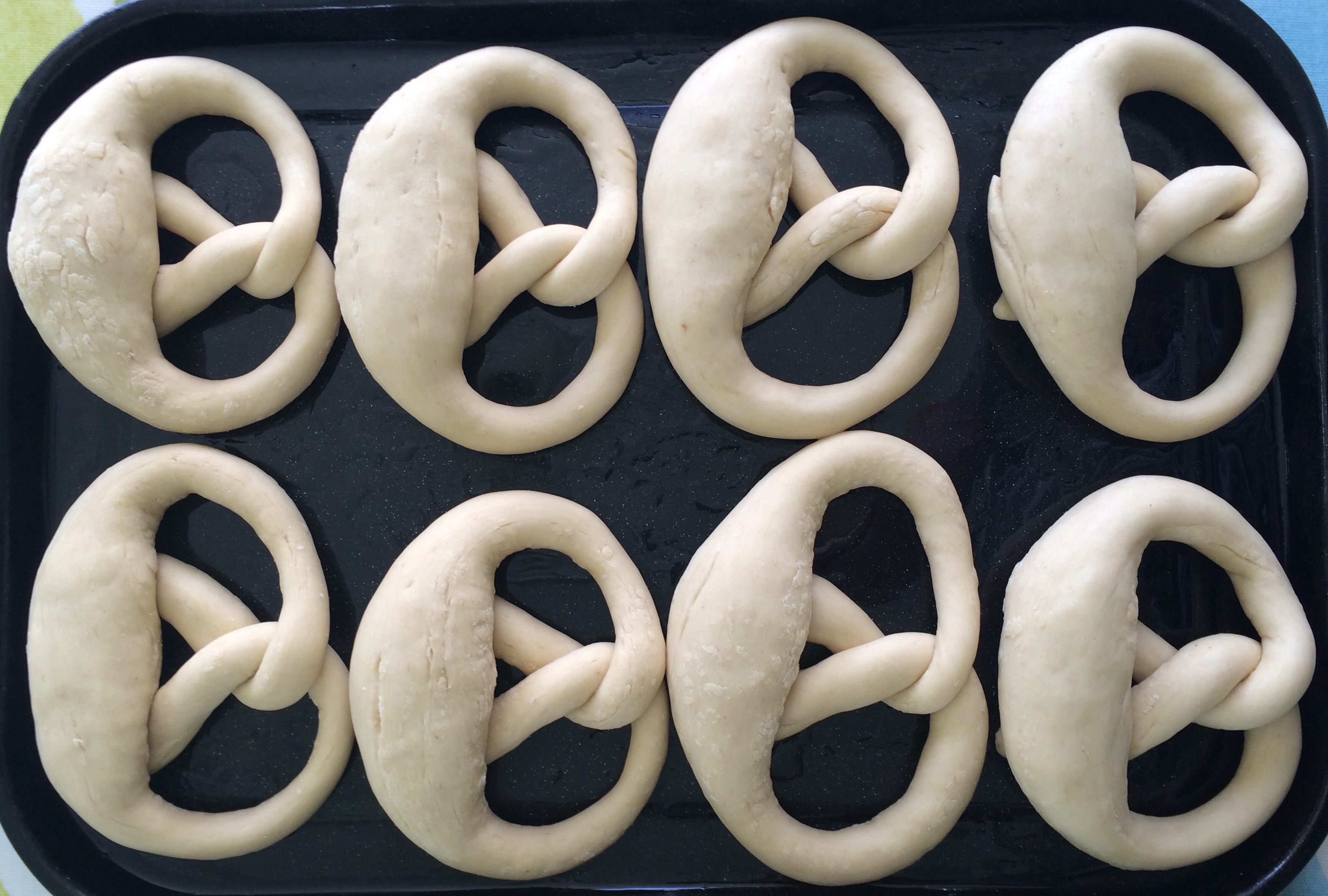 Leave then to grow and form a skin. No need to cover them with a dry tea towel. I prefer lots of air to get to them. The tray was a little small and they got very close to each other here. 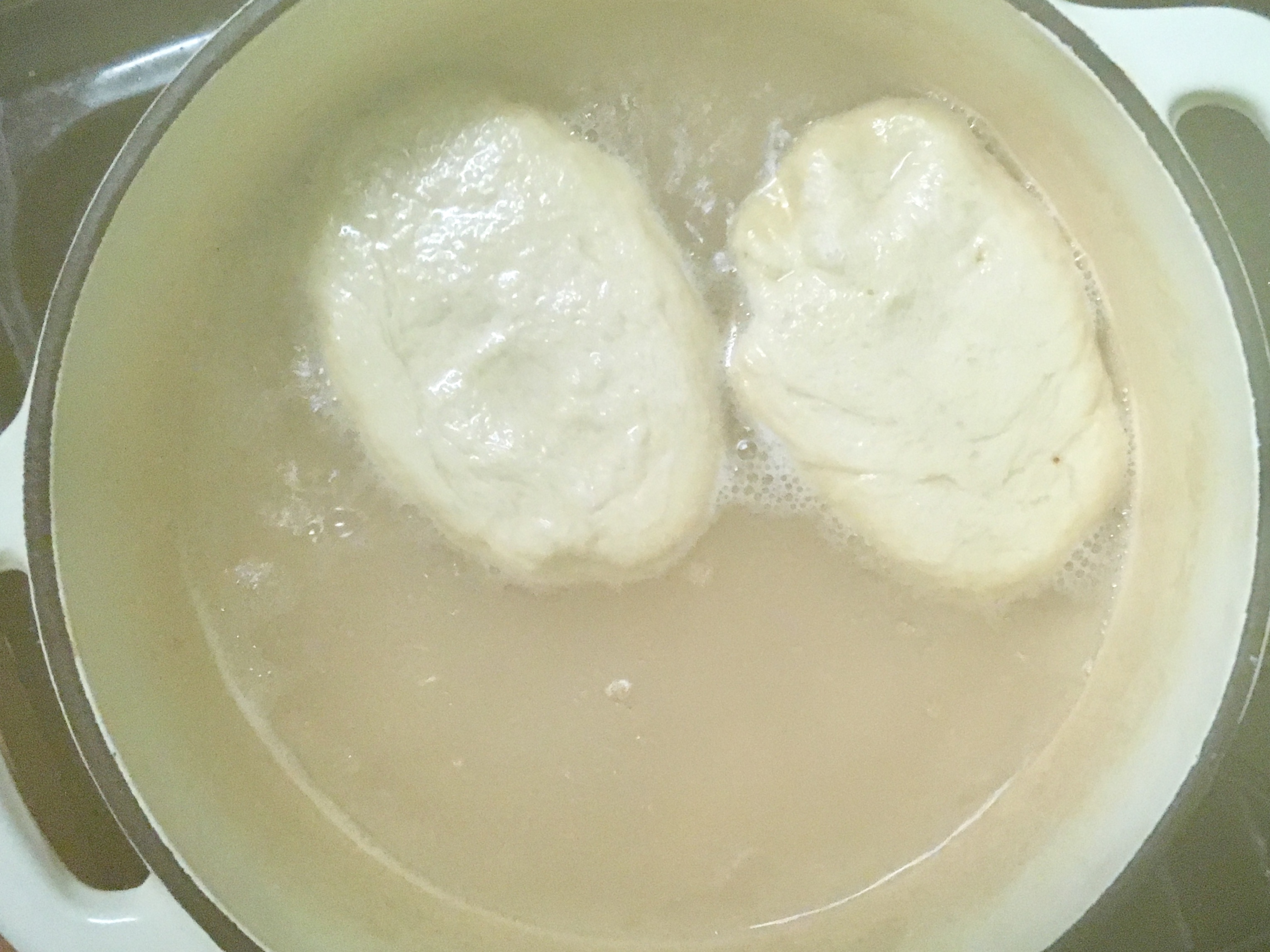 Bring a large pan of water to boil and then add 1tbs of bicarbonate of soda. The liquid will foam so if the pan is too full it will bubble over. Lift each roll or pretzel from the tray and drop into the water. after about 30 seconds turn it over in the liquid. You will need a fresh oiled tray now to put the simmered rolls or pretzels on. Also the water in  the pan will reduce so have a boiled kettle close at hand and as you top it up add a teaspoon of bicarb. 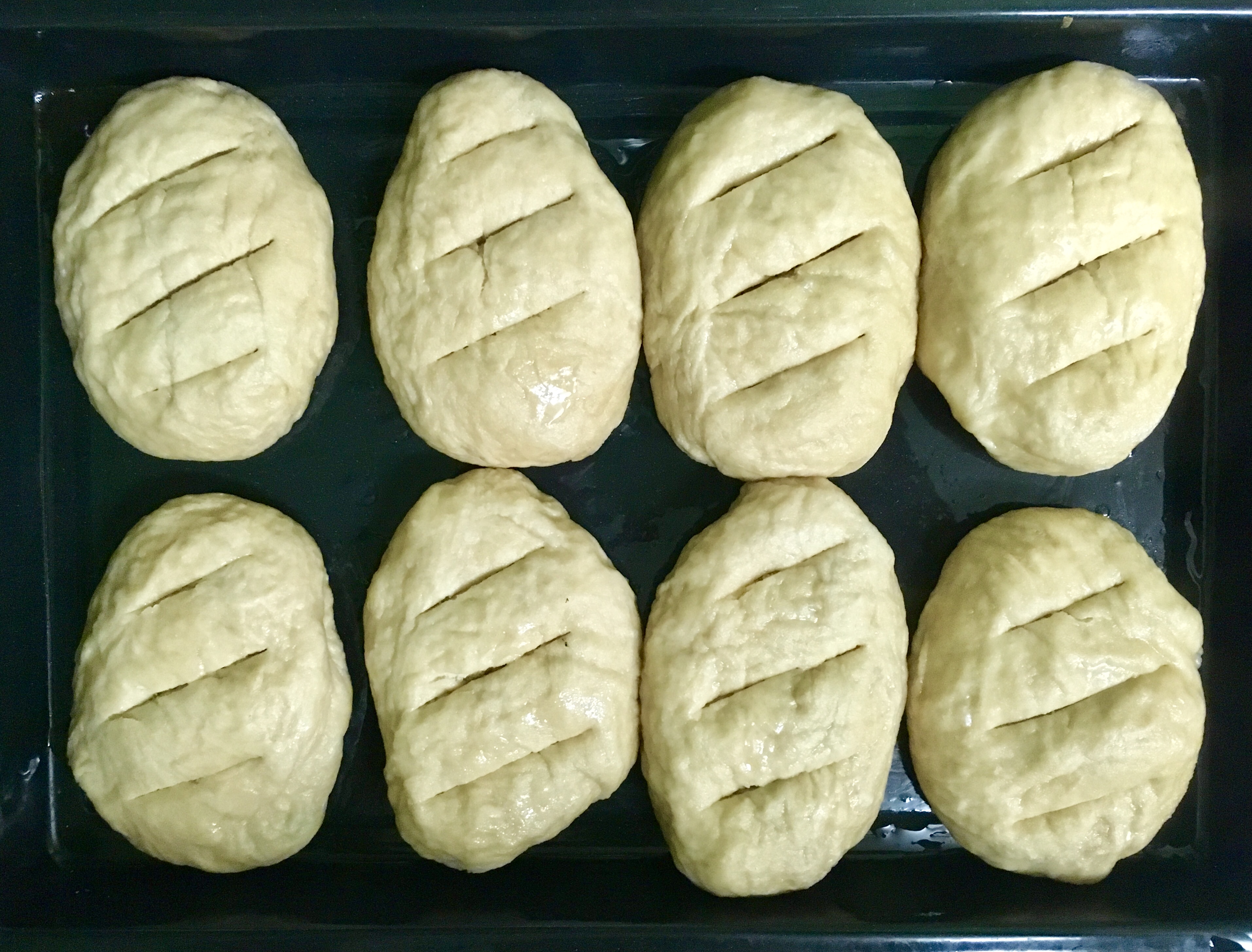 With a sharp oiled knife cut three scores into the rolls. Add salt and sesame seeds if you prefer. 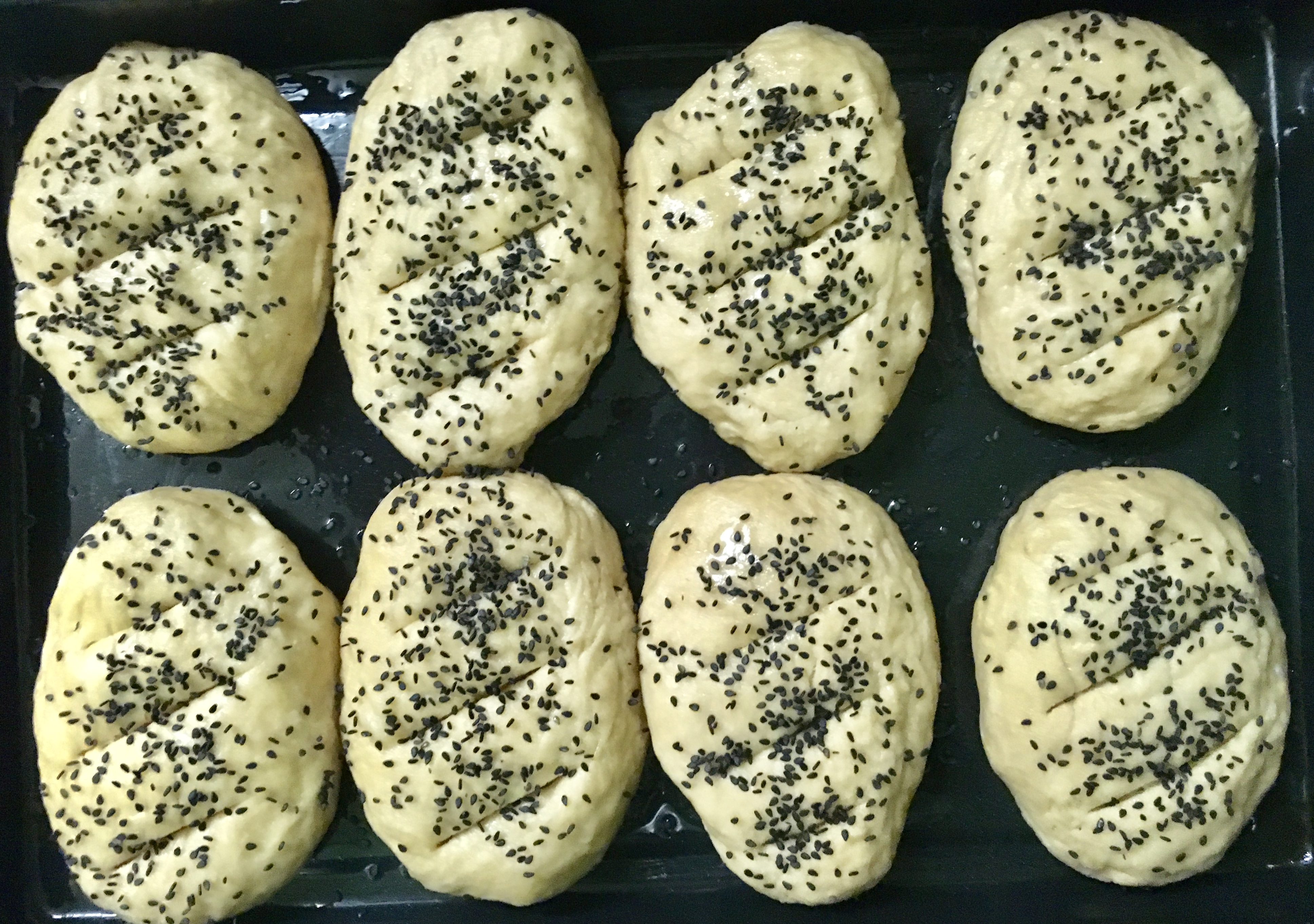 Bake in the oven at 200C gas mark 7 for 20 minutes or until they have darkened to a deep chestnut brown. Transfer to a wire rack to cool. They can be a bit troublesome to get off the trays so don’t use greaseproof paper as it won’t come off. 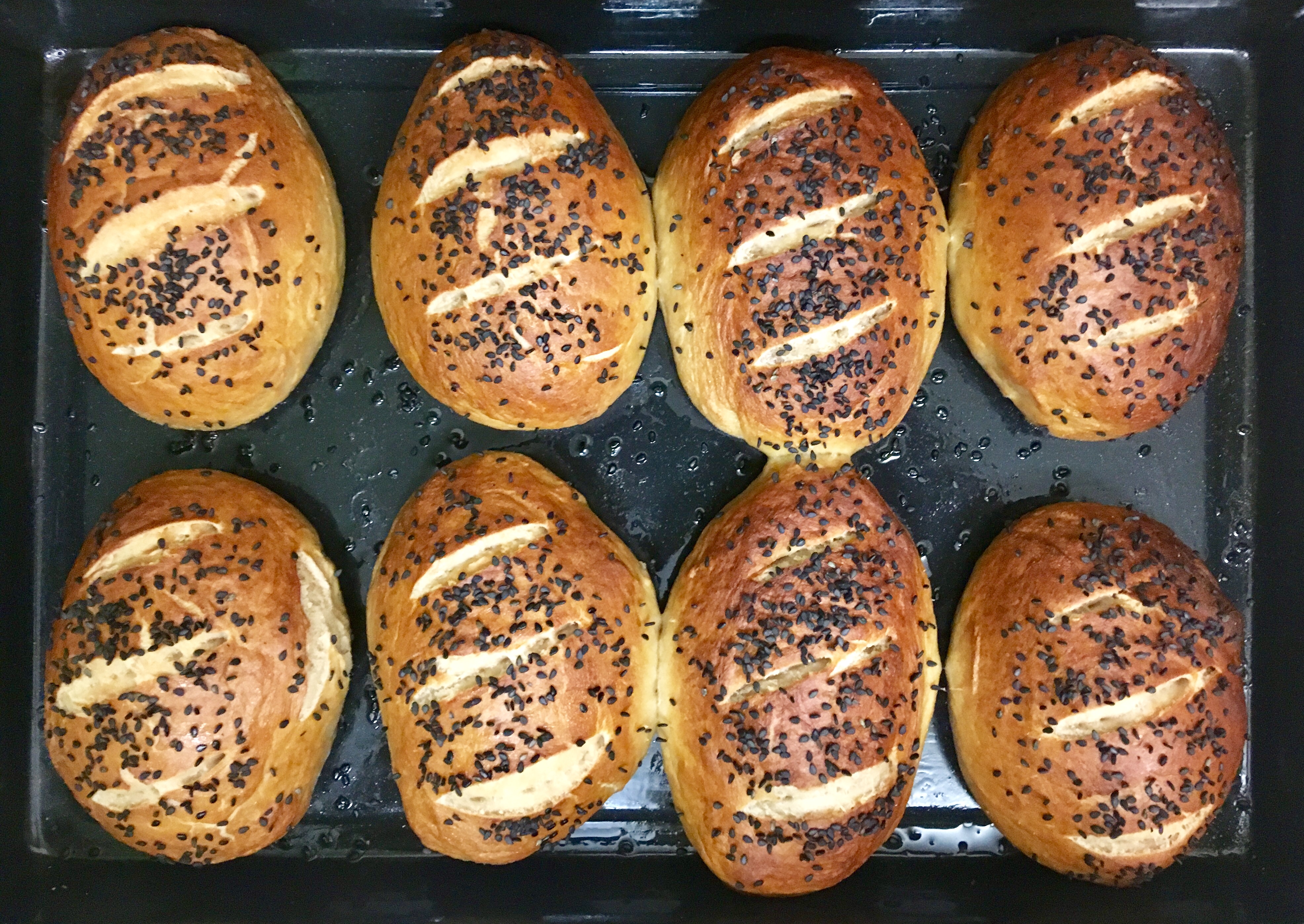 With the pretzels repeat the process of blanching them on both sides and this time score the thickest part of the pretzels with a single score. Salt or sprinkle with sesame seeds or both. As with the rolls bake at the same temperature and time. 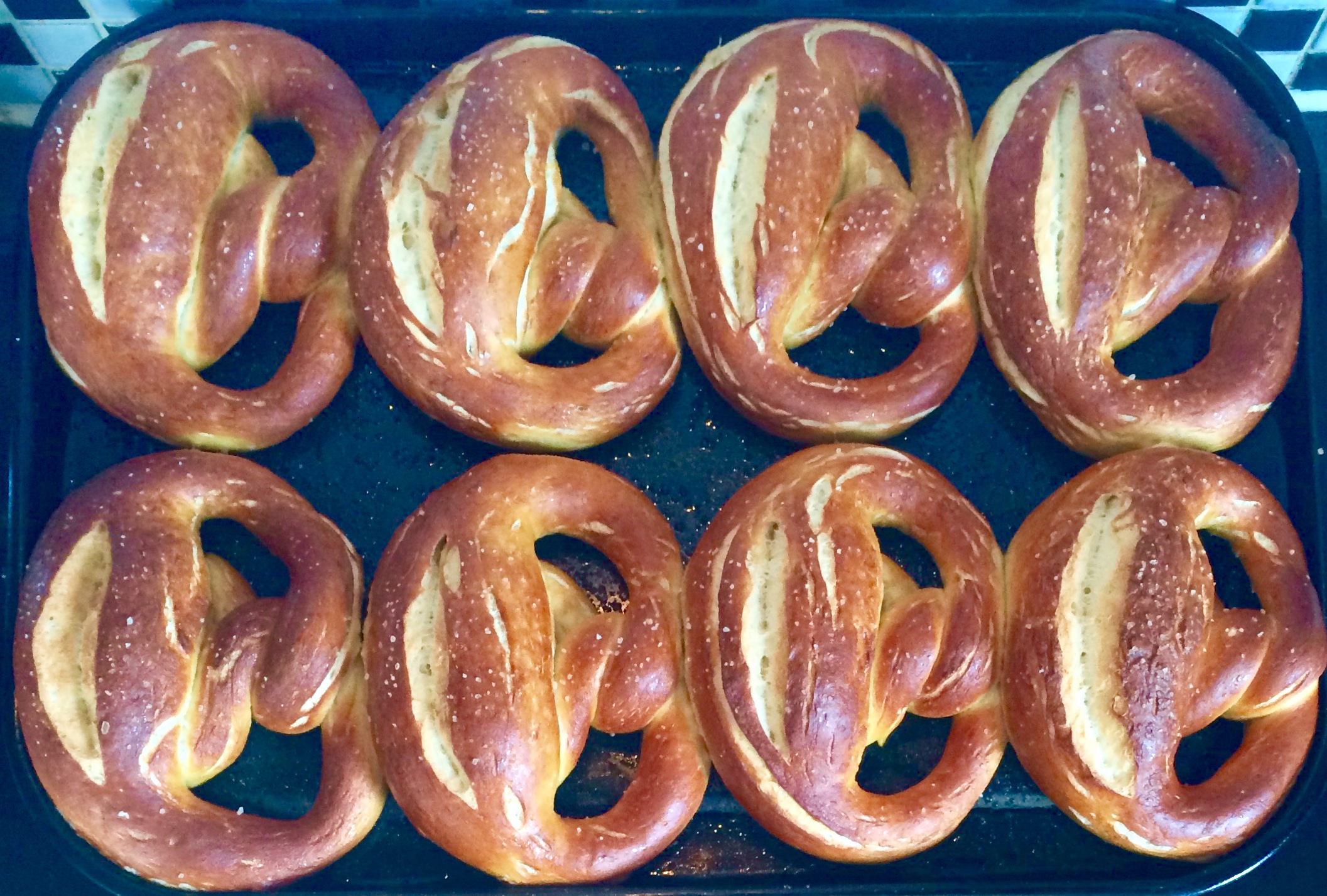 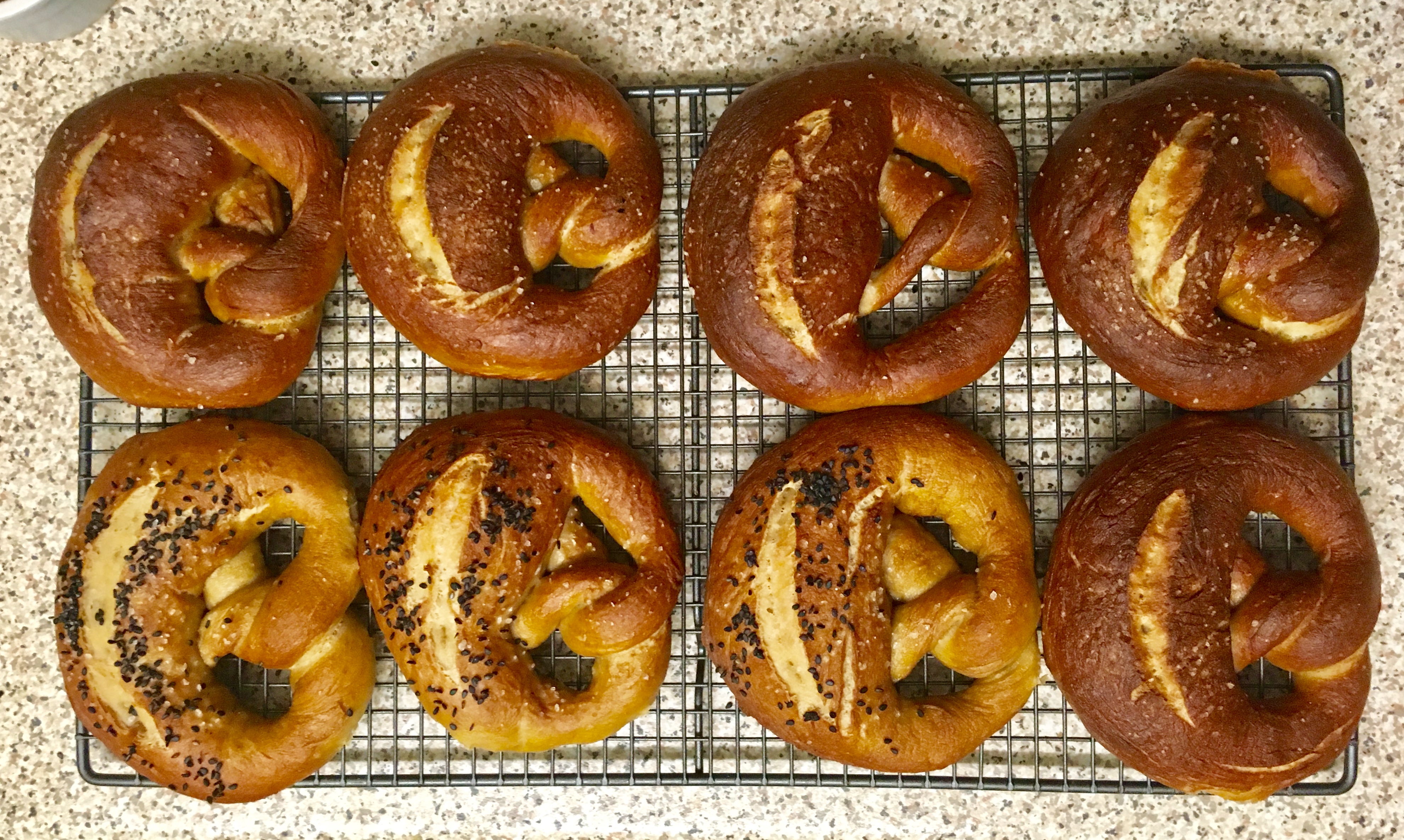 OK I admit that I made double the amount but teyt are so good hahaha. And vegan.