For many years now I have always baked hot cross bun filled with red dried fruits to create the appearance of the buns being filled with Jesus’ blood. Then I started creating spring buns that had a leaf pattern on them rather than a cross to make them non religious. 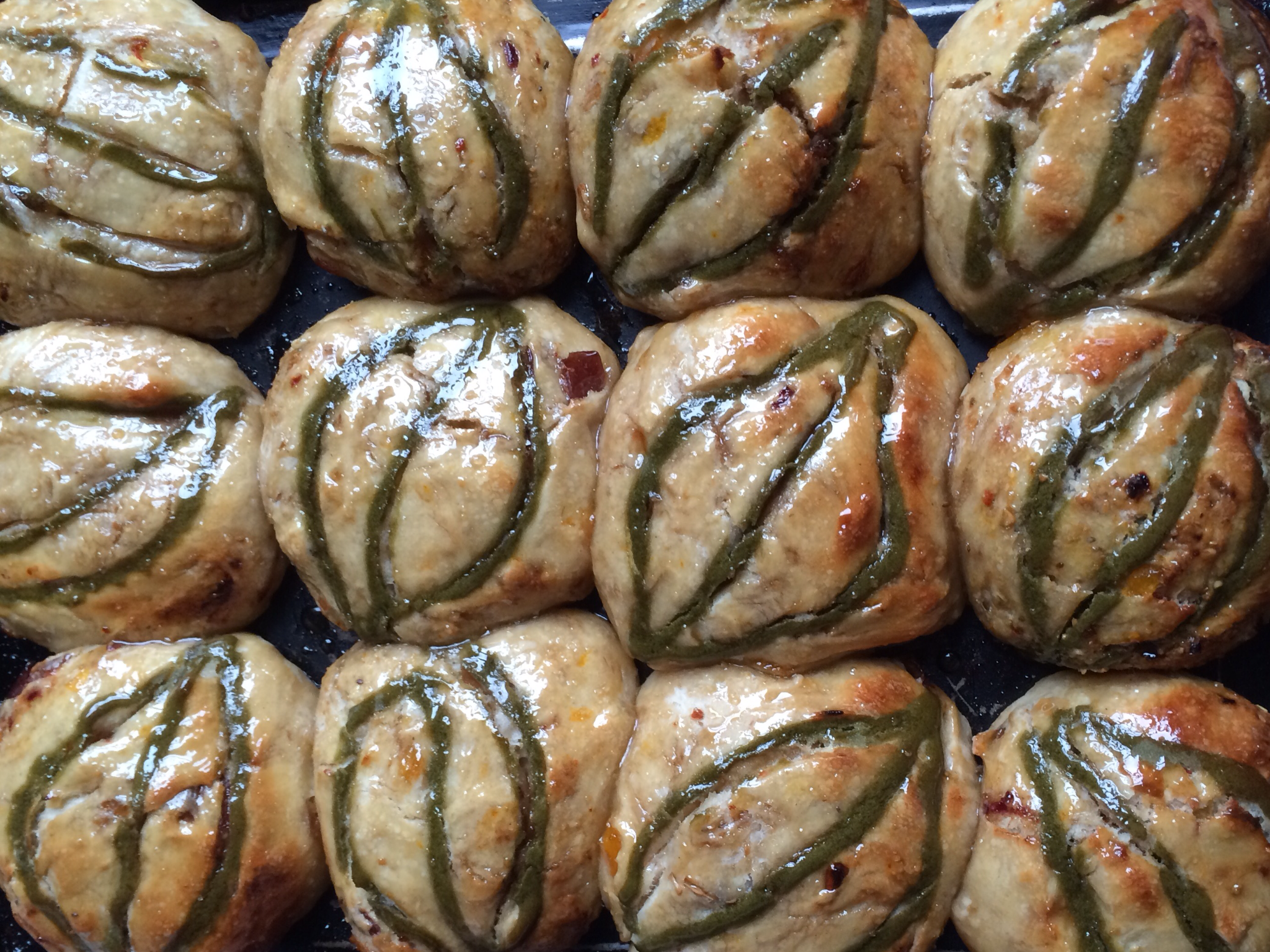 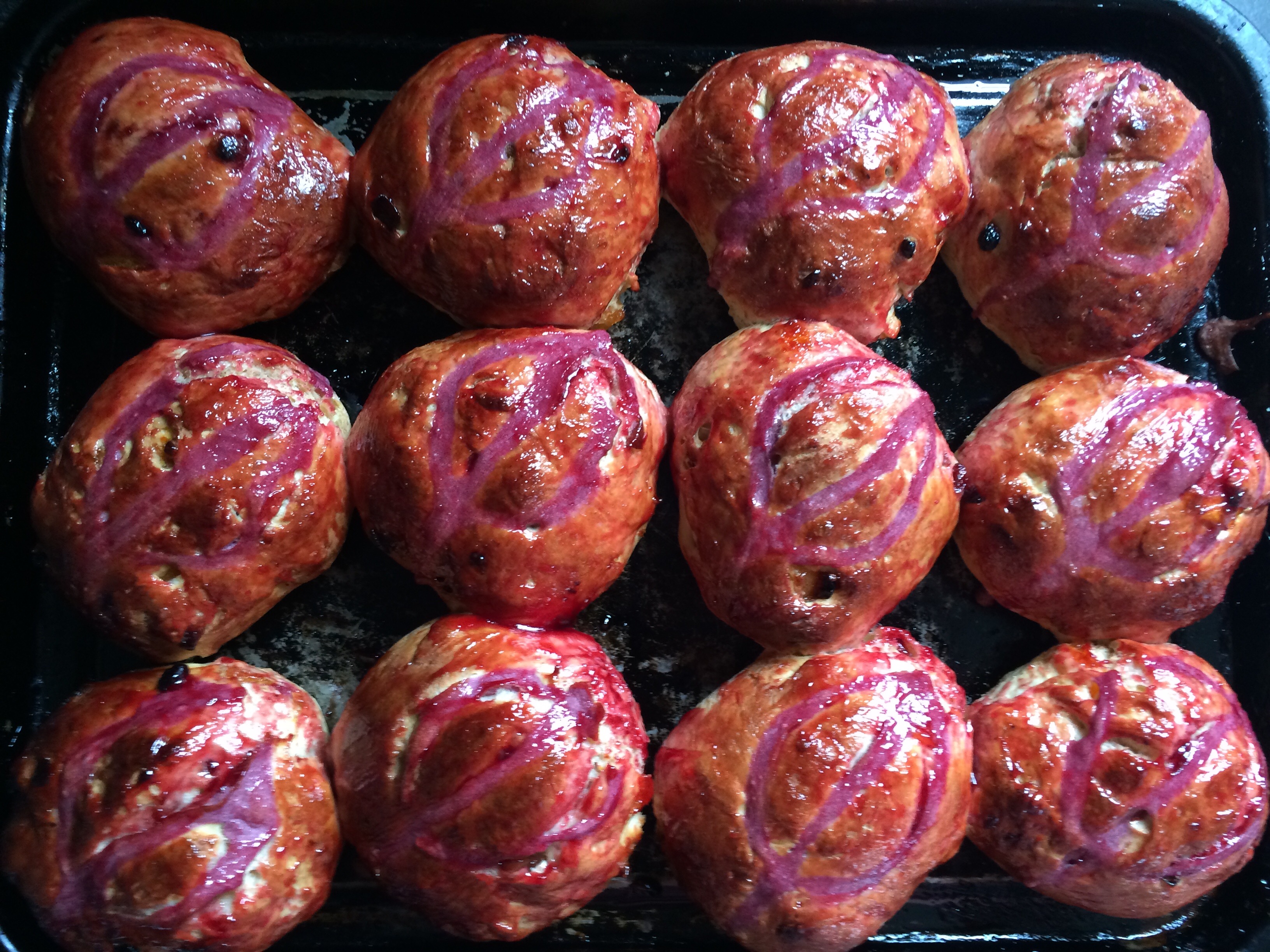 Then a twisted friend Gaby asked me to create especially for her some buns with the full stigmata. And I obliged with buns and a crucified Christ. 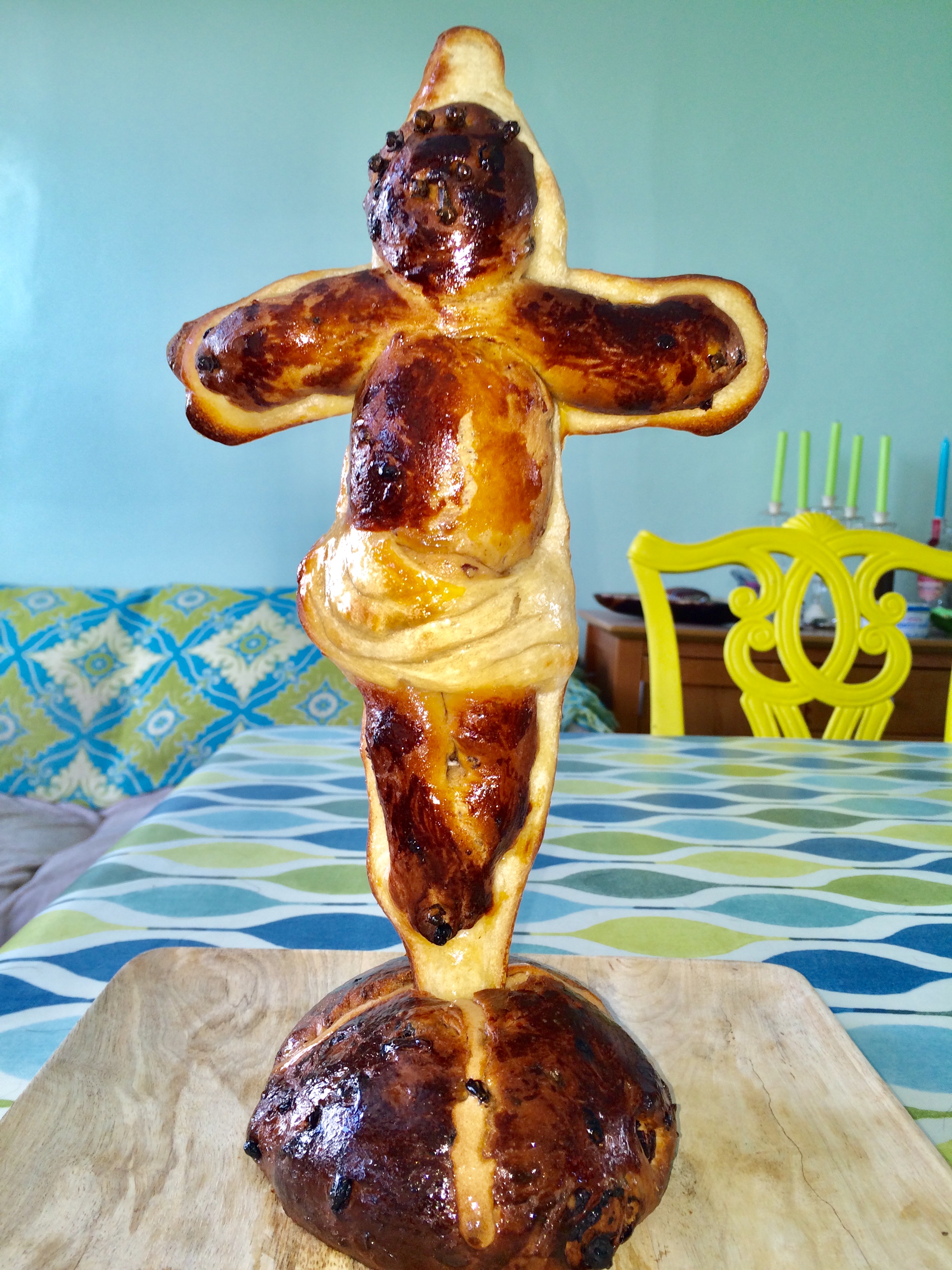 This year I have adapted my recipe to make them vegan and have set about creating a tableau of the Crucifixion to amuse her once again. I like to soak my dried fruits in black tea and some fruit tea bags too. This creates a bright red liquid that can then be stirred into the bread dough and avoids additional added sugar. I also like to over pack the dough with berries, cherries and raisins along with the sherbet tasting Persian barberries. 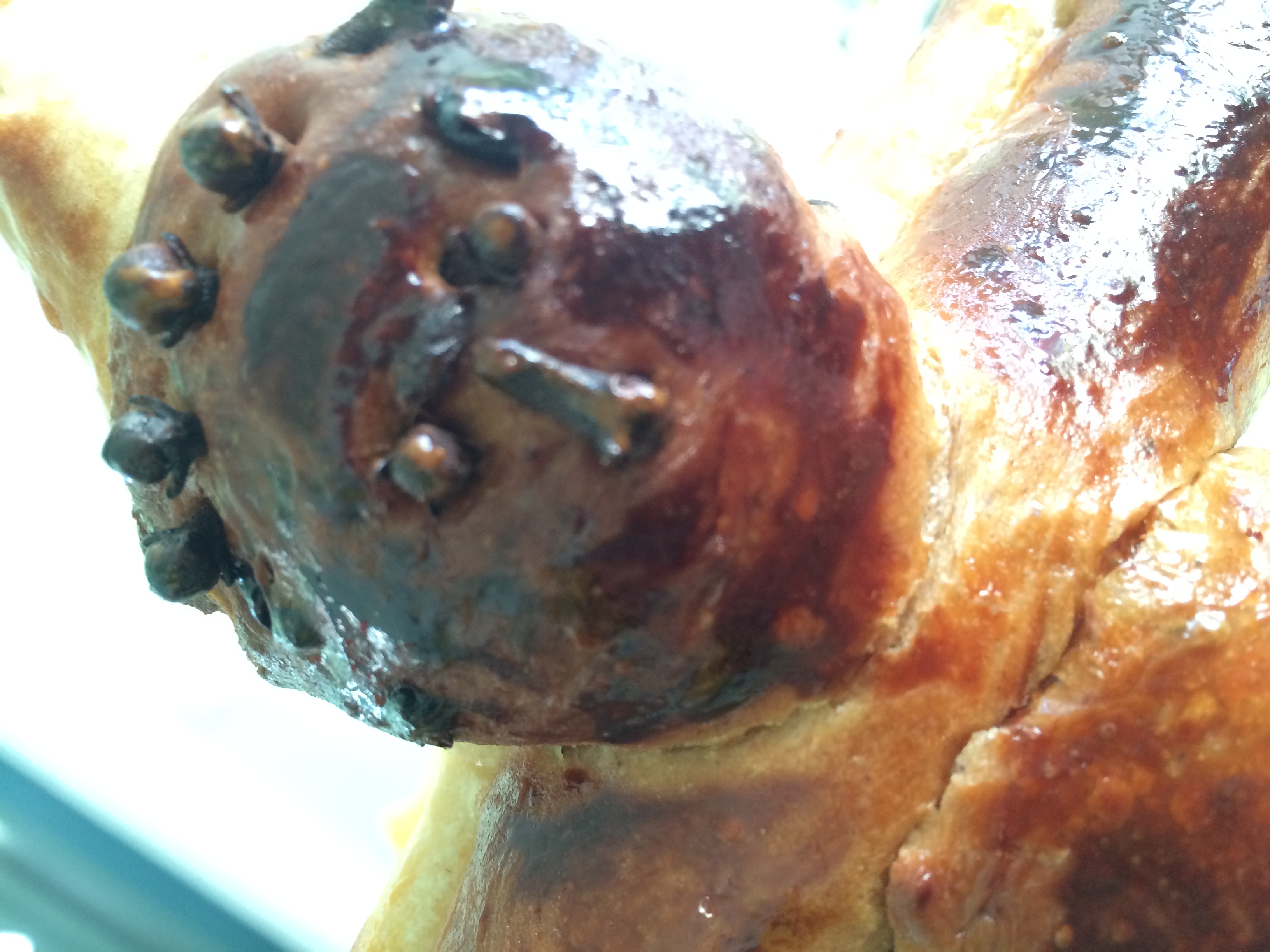 So here is my recipe for the full transubstantiation buns though maybe a priest or vicar might be needed to complete that heavenly miracle? I have opted for a Twinings fruit tea this year. 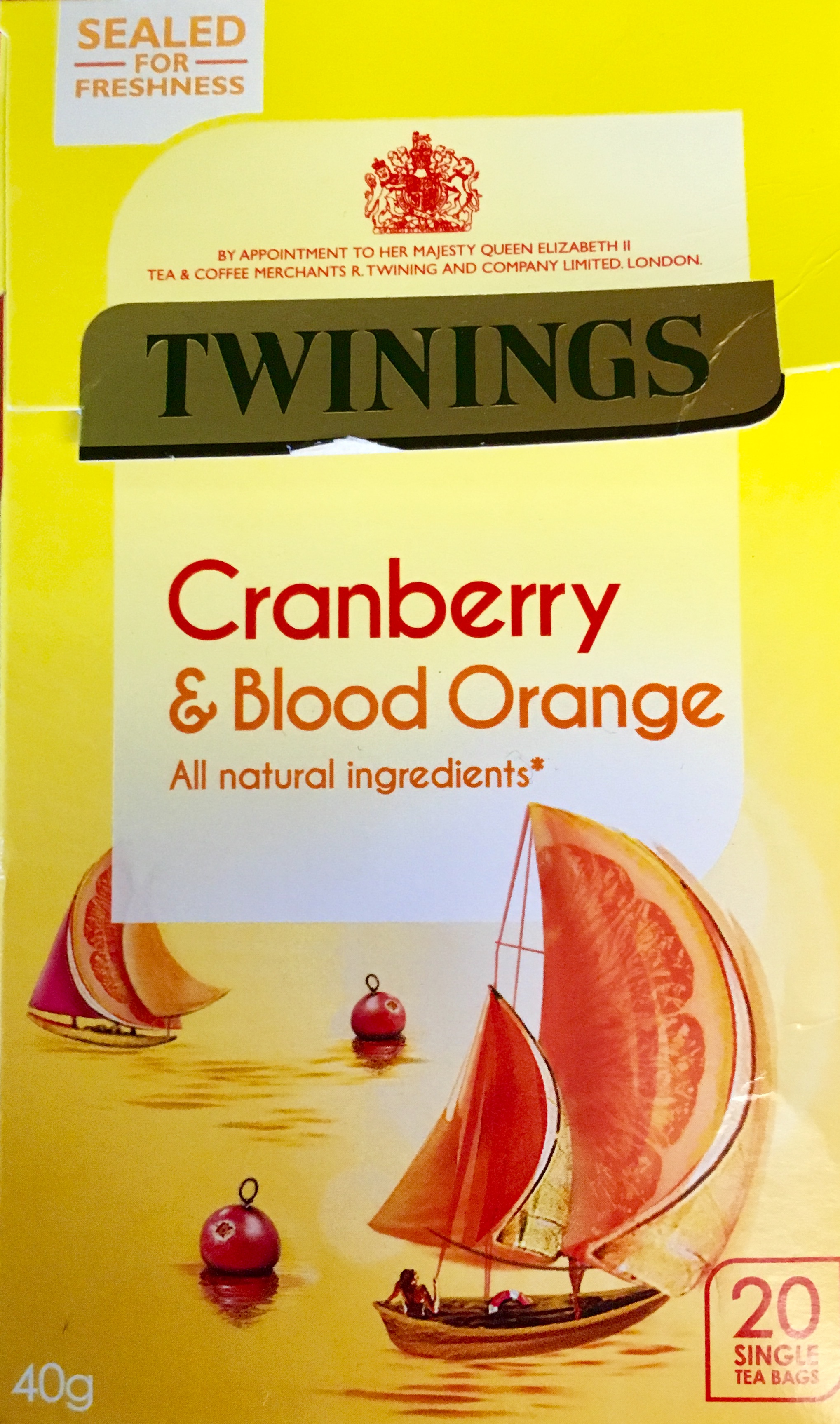 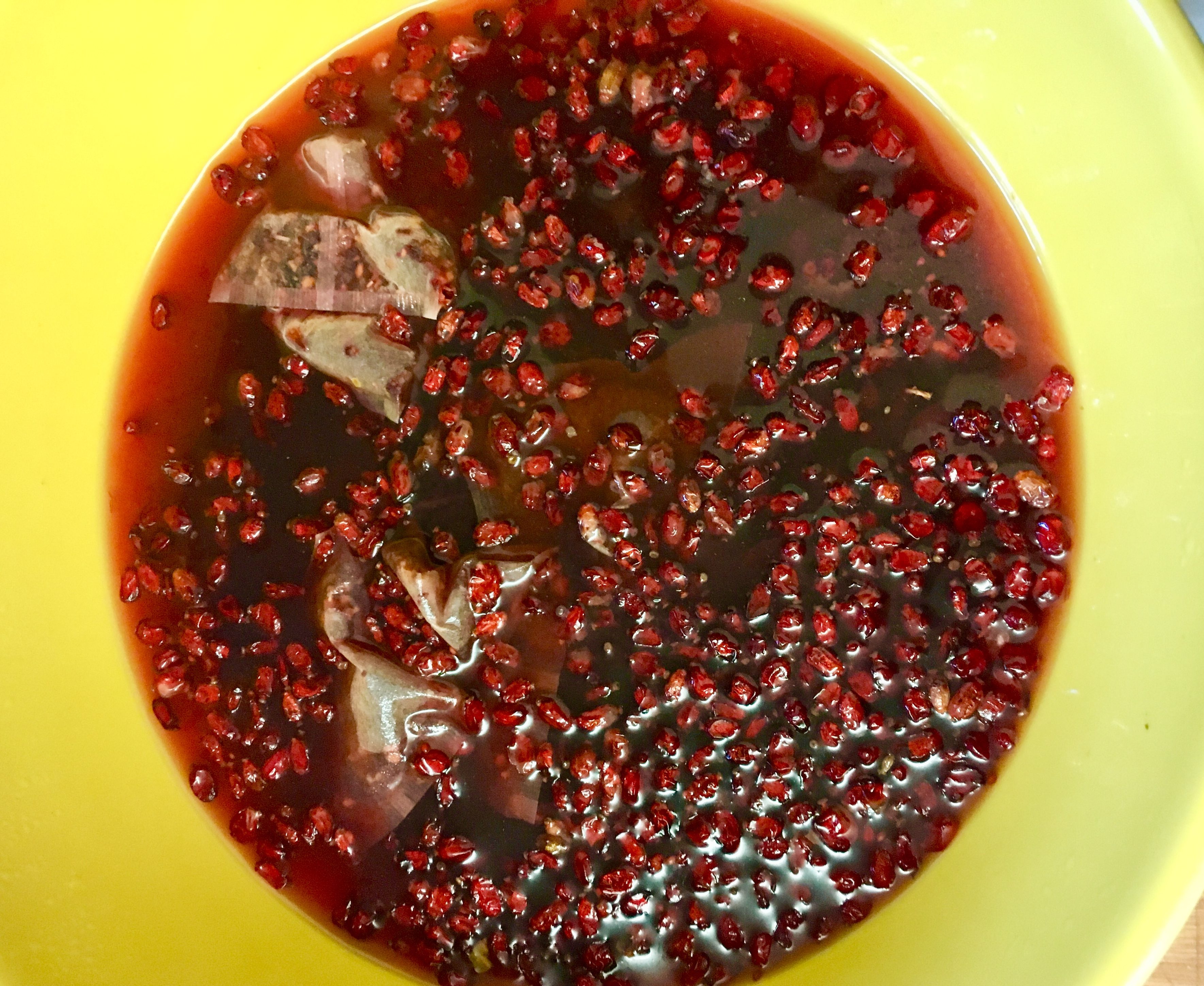 Begin by weighing out all the fruit and adding the teabags and then covering with boiling water. Leave this mixture for about and hour to steep. 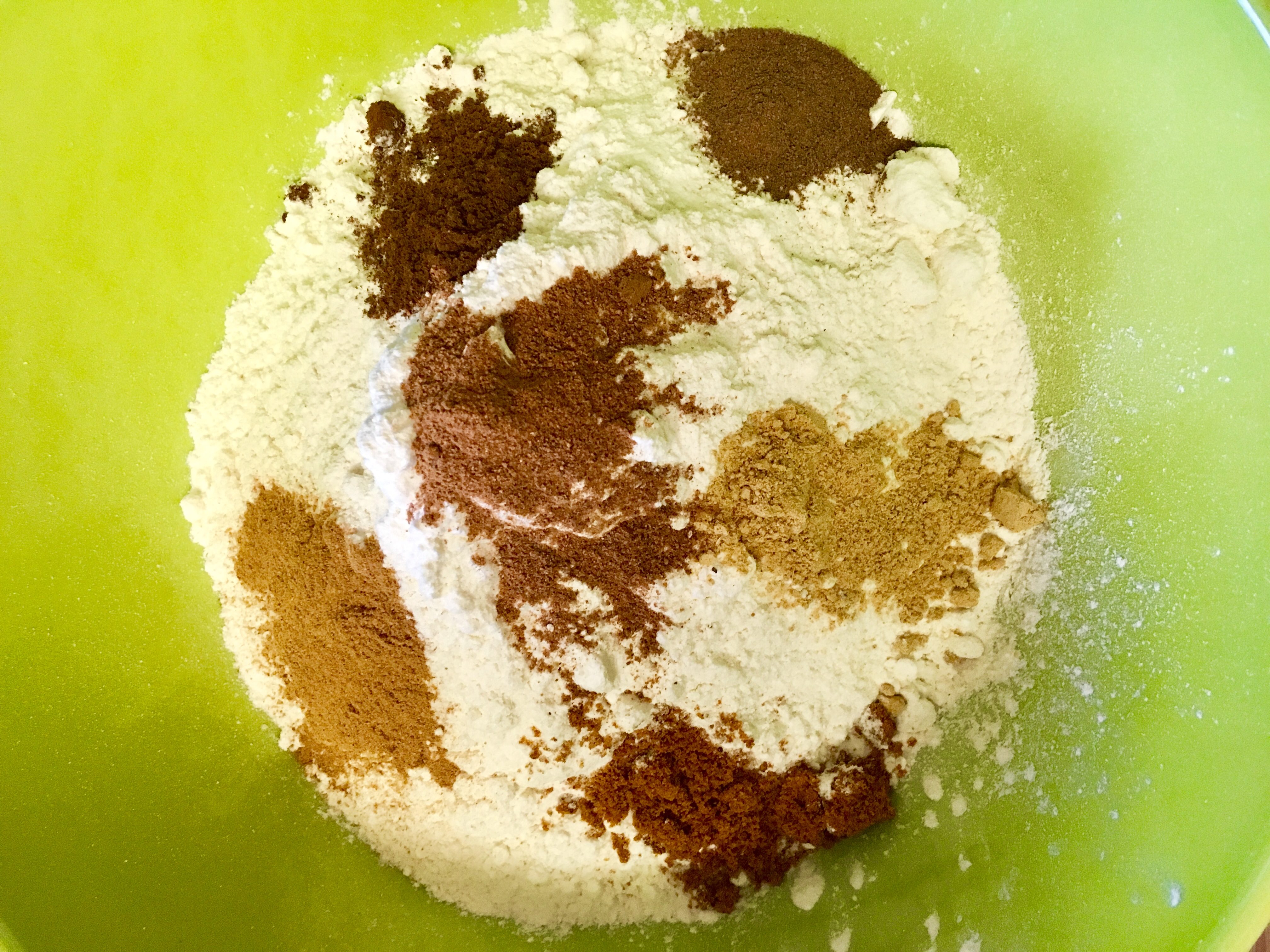 I like to use 900g of bread flour and then reserve 100g for later use in kneading and shaping. Pop all the dried ingredients into a bowl and then stir to blend in the spices. 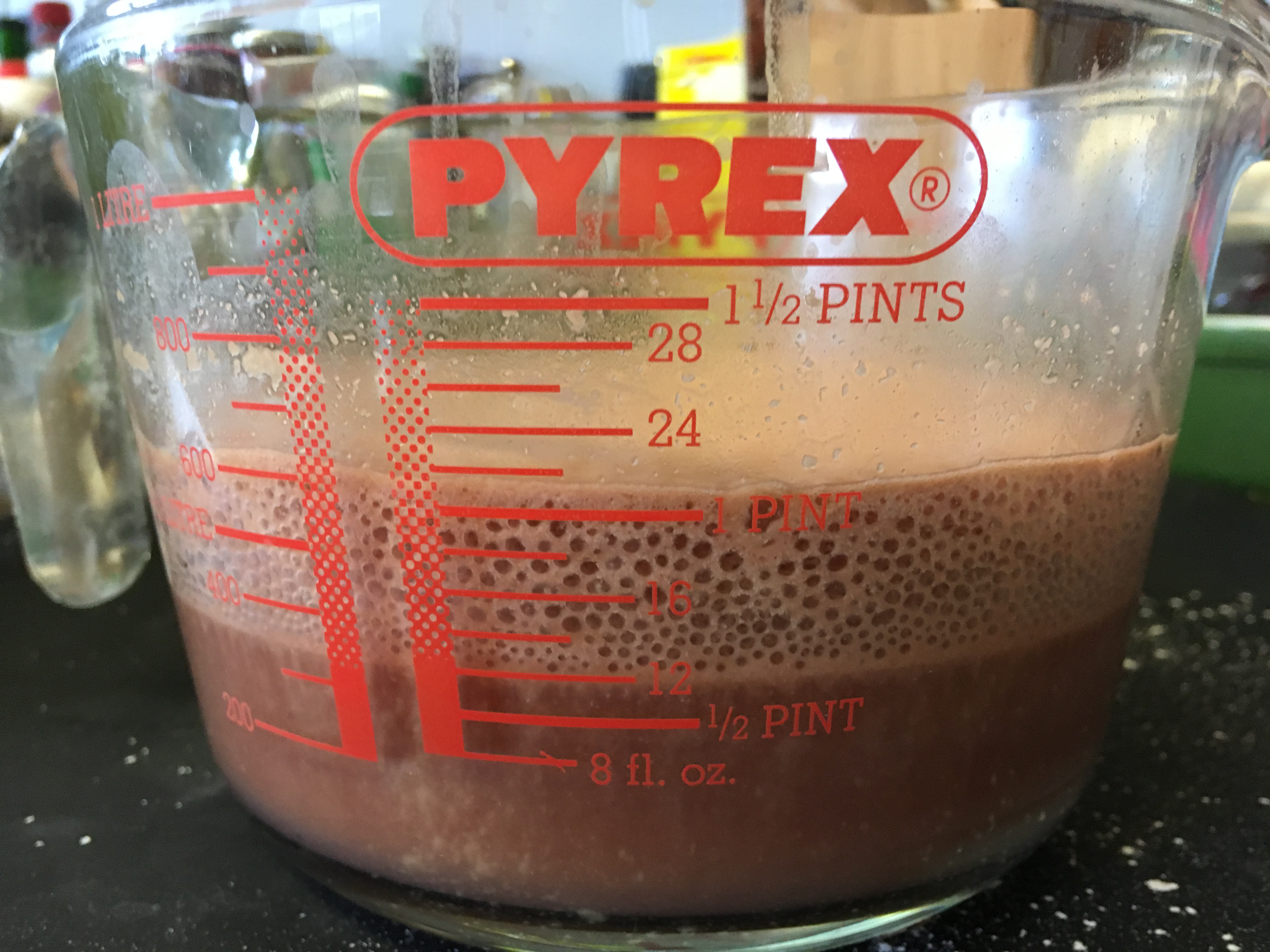 Drain the fruit, reserving the soak water and remove the teabags. Place 300ml of the water and the rice milk into a pan along with the malt syrup and gently warm just a little and then stir onto the dried yeast in a jug and allow it to get busy and active. 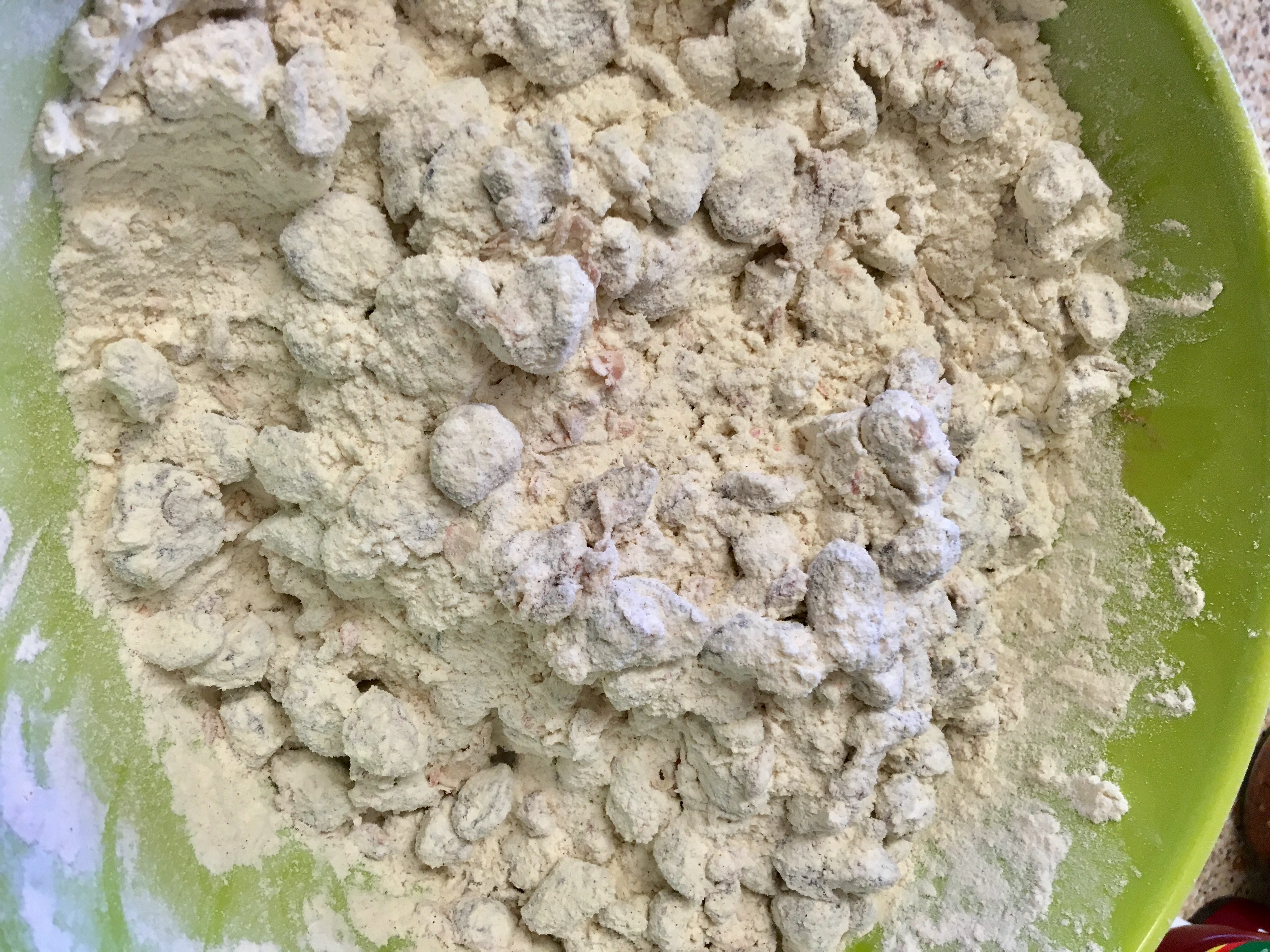 Stir the fruit into the flour and spice mix. Then when the yeast is bubbling stir into the flour along with the oil and combine before turning it out onto a floured board. 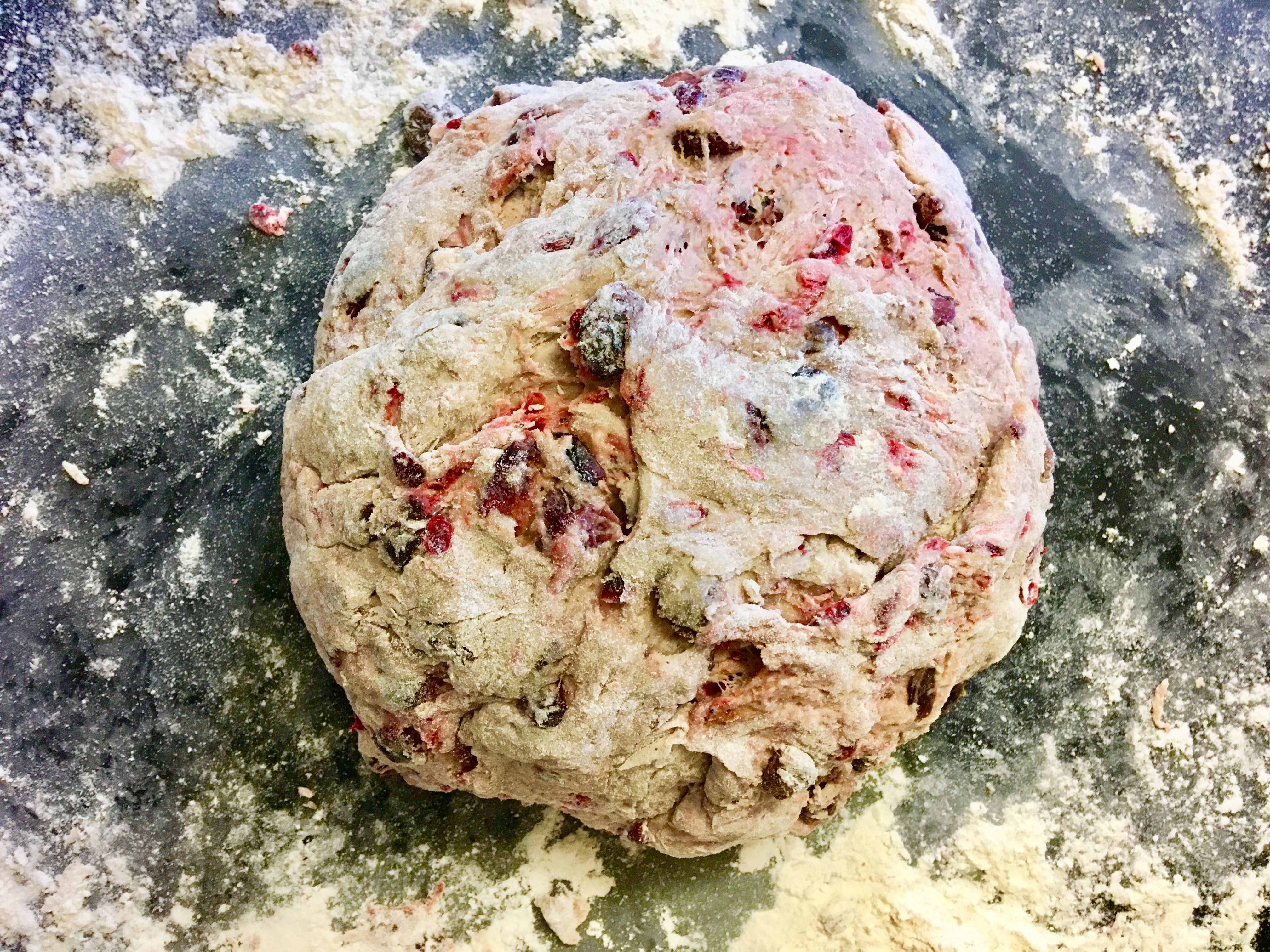 Knead the dough for about 5 minutes and then pop it into a large oiled plastic tub and leave it to rise. It should double in size. 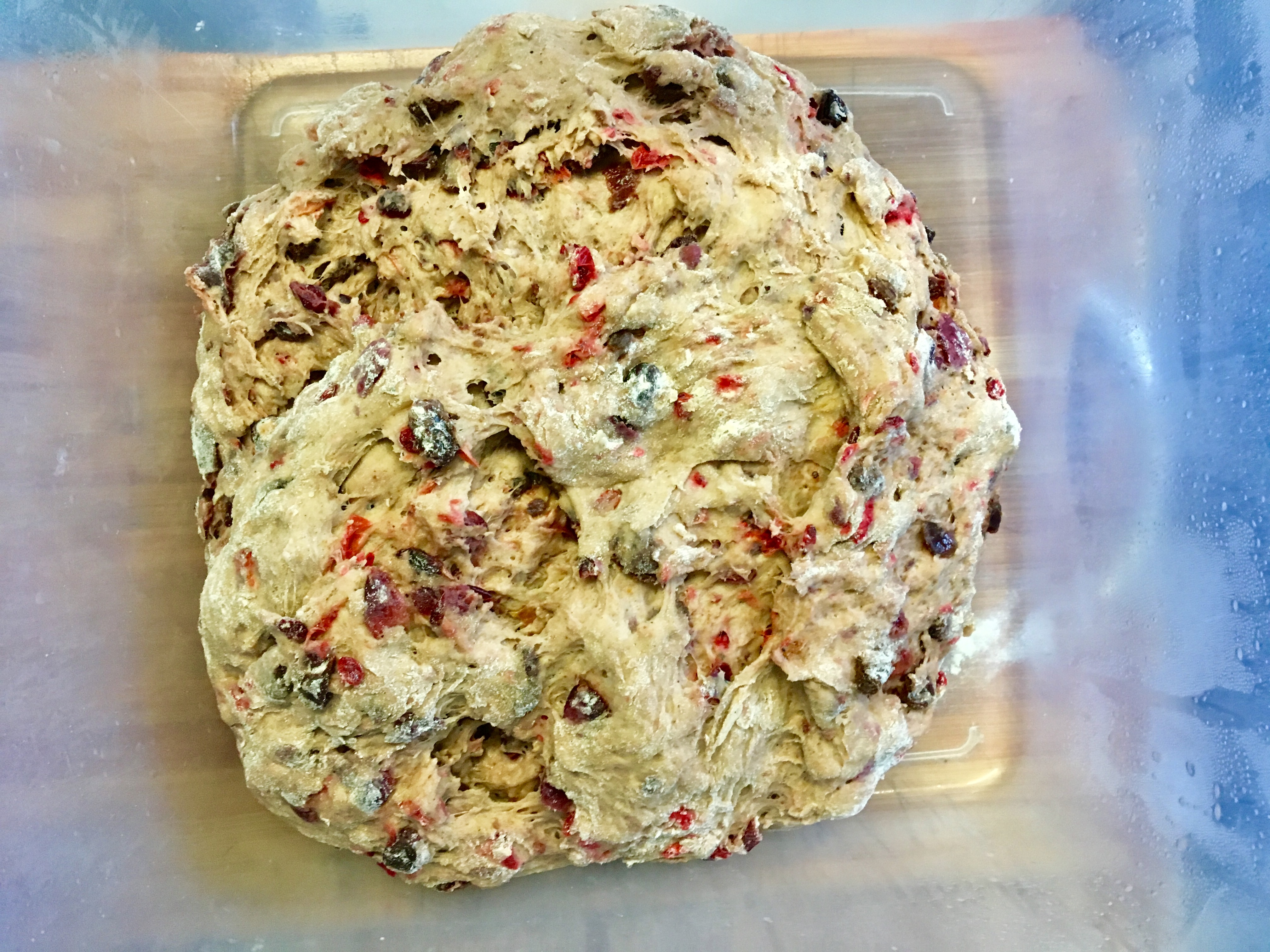 Now knock back the dough and begin to weigh out the dough into 120g balls. Roll in your palms and dust the bottom with flour from the board. 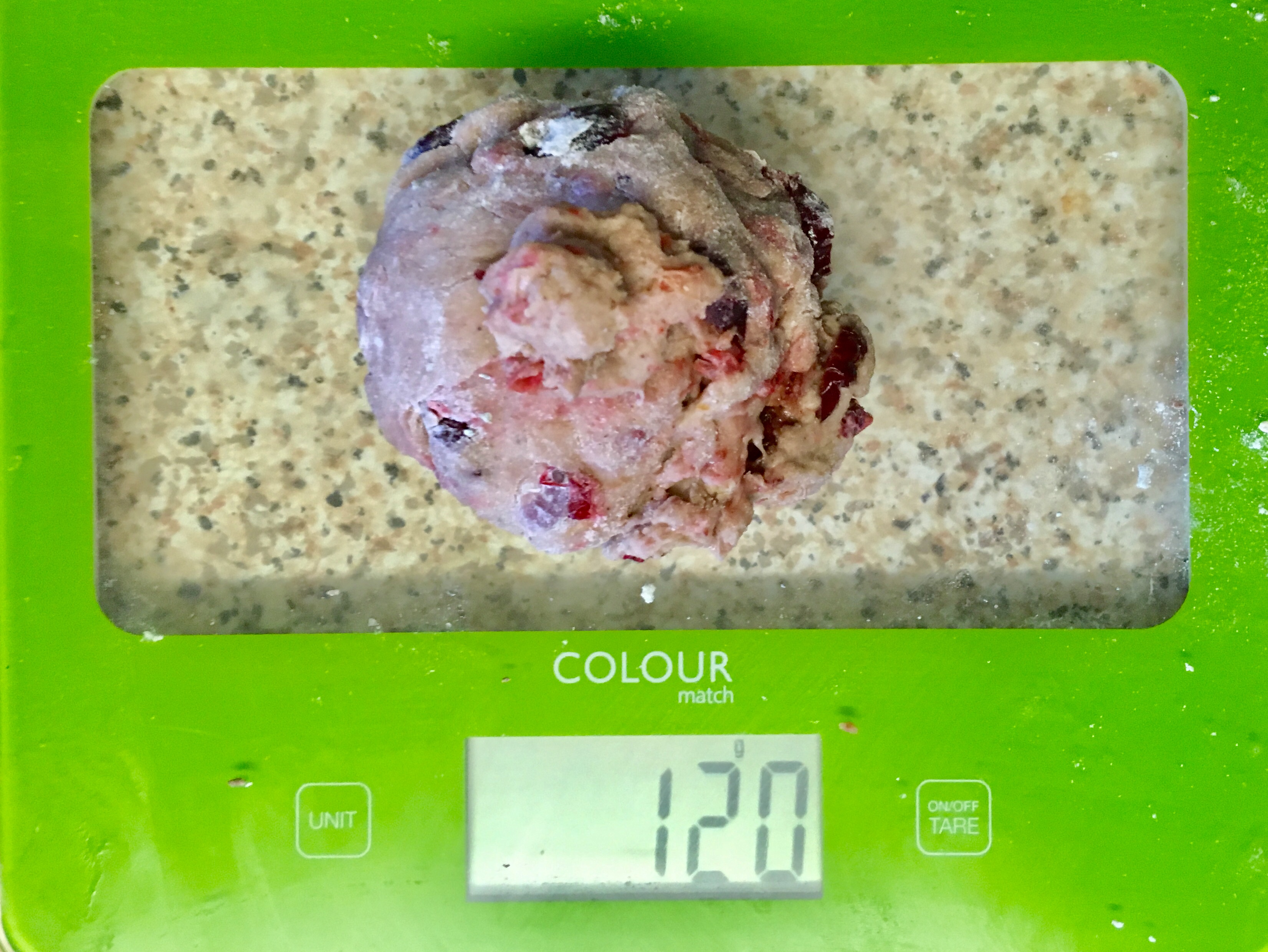 Place about 3cm apart on a baking tray. cover with a damp tea towel and leave to rise until the buns are kissing each other. 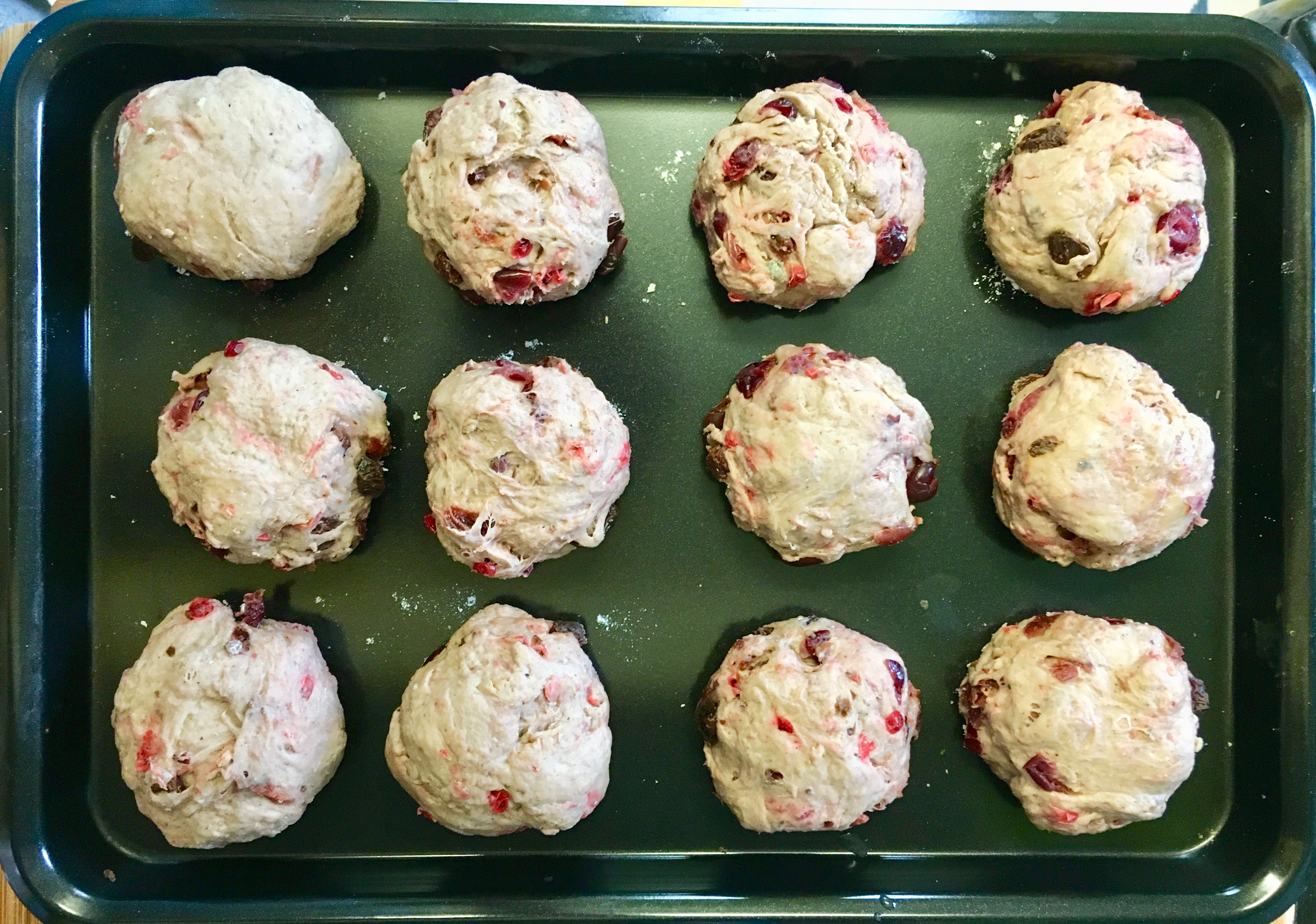 It will make about 18. I have created 12 so that the remaining dough can be used to create my crucifixion scene. 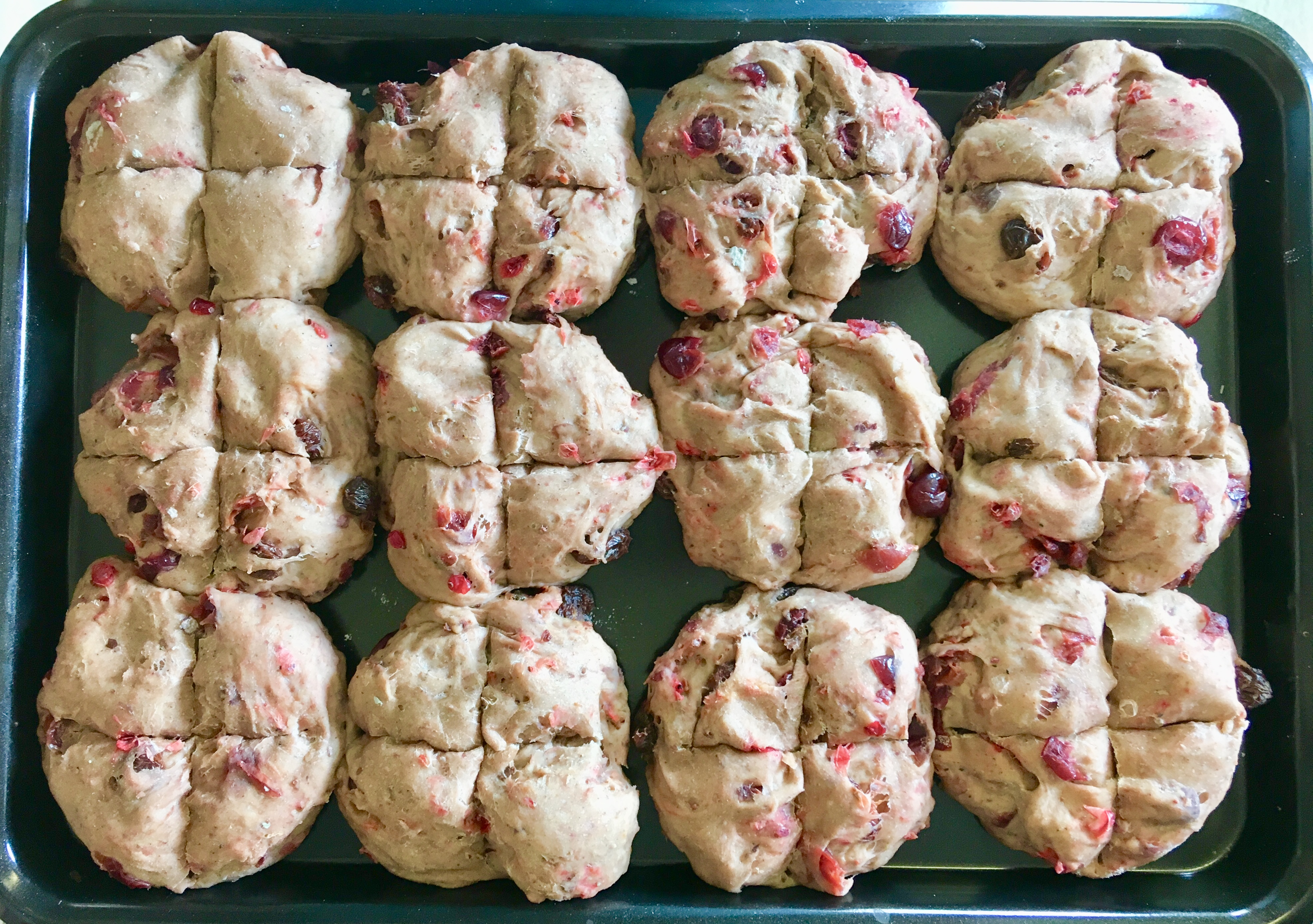 Once the dough has risen take a sharp knife and cut crosses into the buns.Spray the buns with water. This is because we are not using an egg wash and will help them to stay moist. Mix the flour and water together to make a paste and pipe this along the cuts. 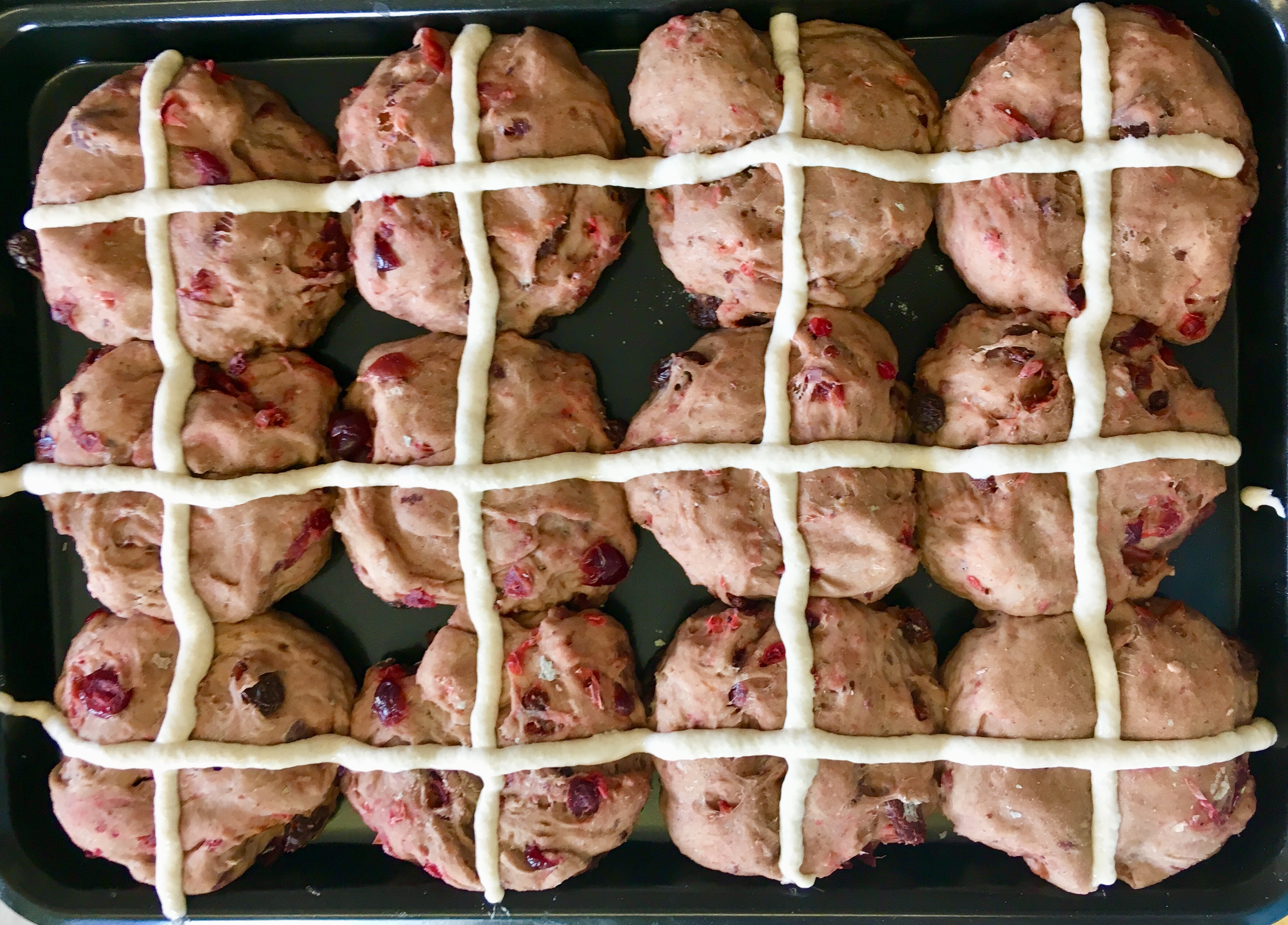 Bake in the oven with a small pie dish of water to create steam. They will need about 20 minutes. While they are baking mix the water and sugar in a pan and neat until dissolved to create a the sticky glaze. 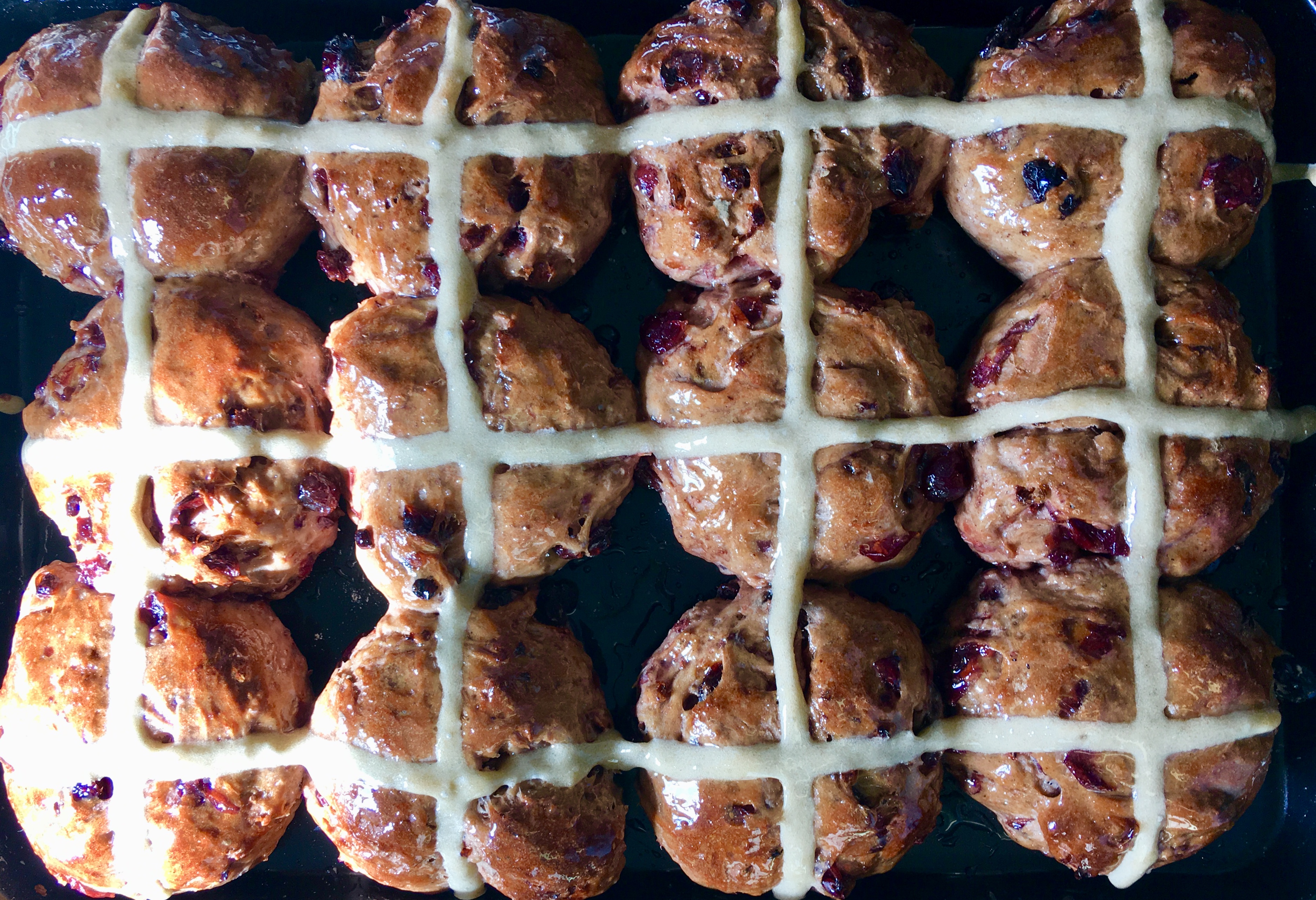 As soon as the buns are out of the oven brush them with the glaze and leave in the tray to cool. Then slice them open and reveal the blood of Jesus. Toast and serve with your favourite vegan spread and jam if you have a very sweet tooth. 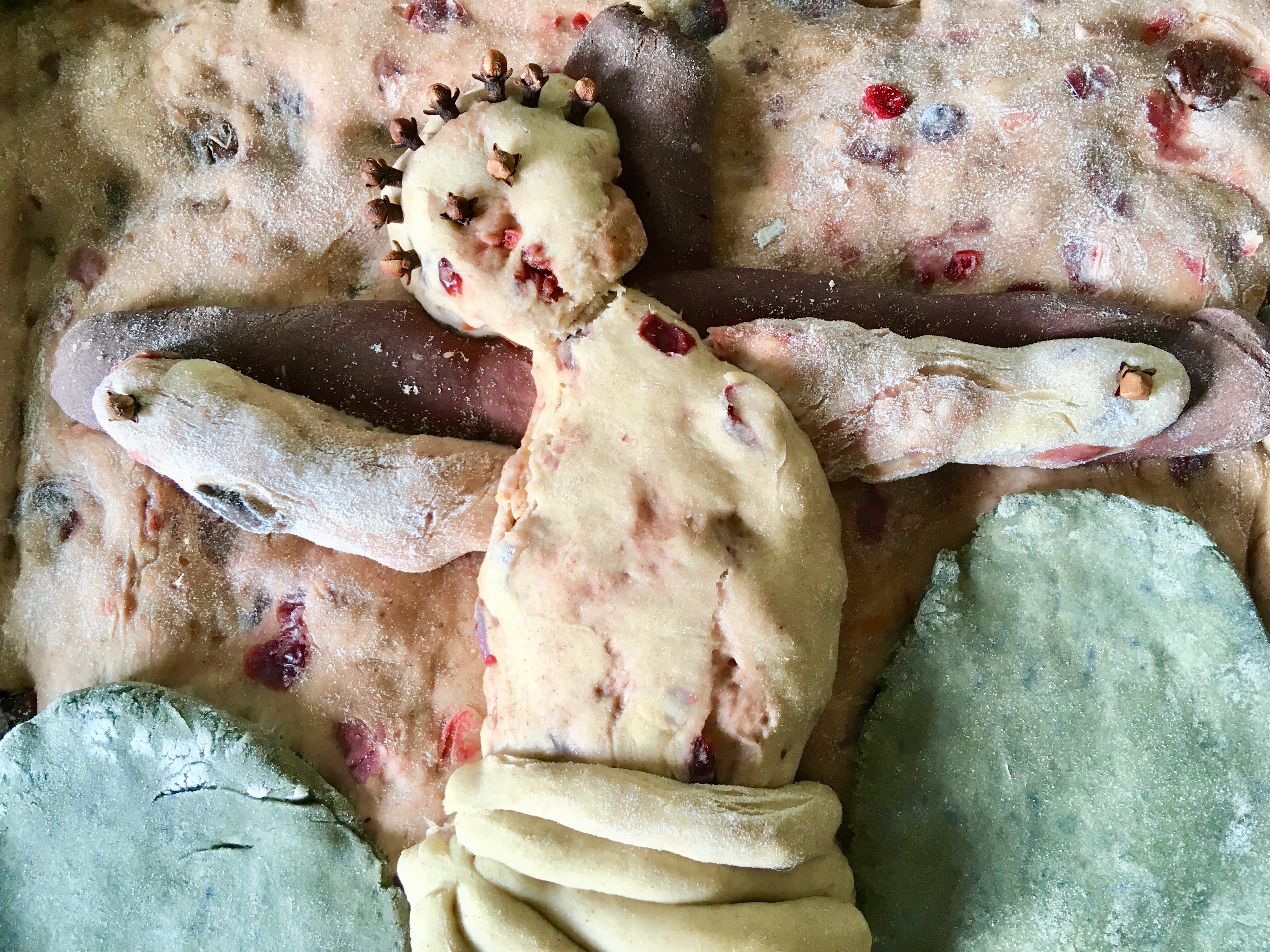 Using cocoa and matcha powder I mixed up 3 little doughs to create my crucifix scene along with the remainder of my bun dough. 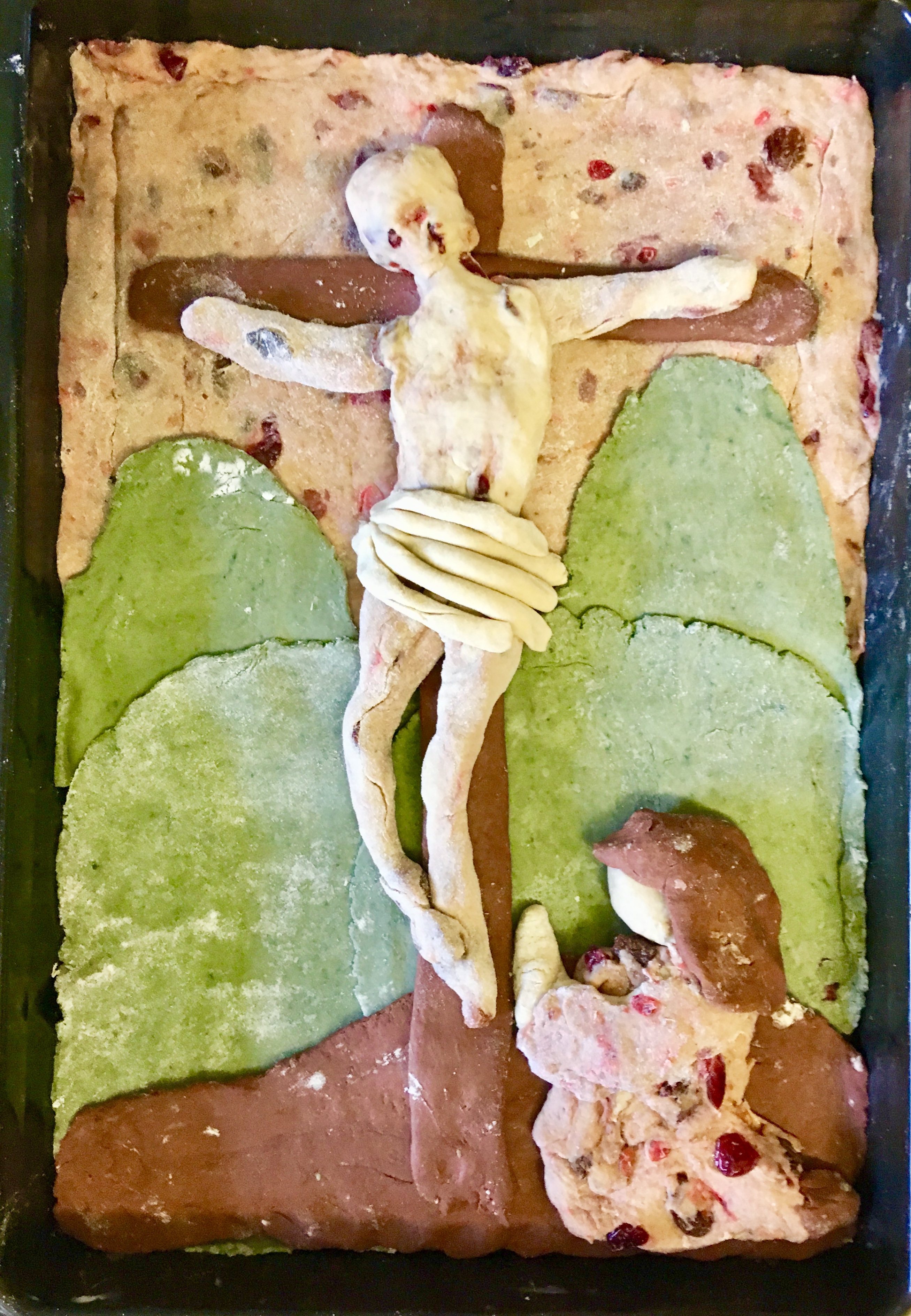 Once it had risen I was very aware that my skeletal Christ was sudden rather well fed. I added cloves as his crown and nails. As soon as it was baked I glazed this too for a little Easter fun. It a bready stained glass window. Happy Easter. 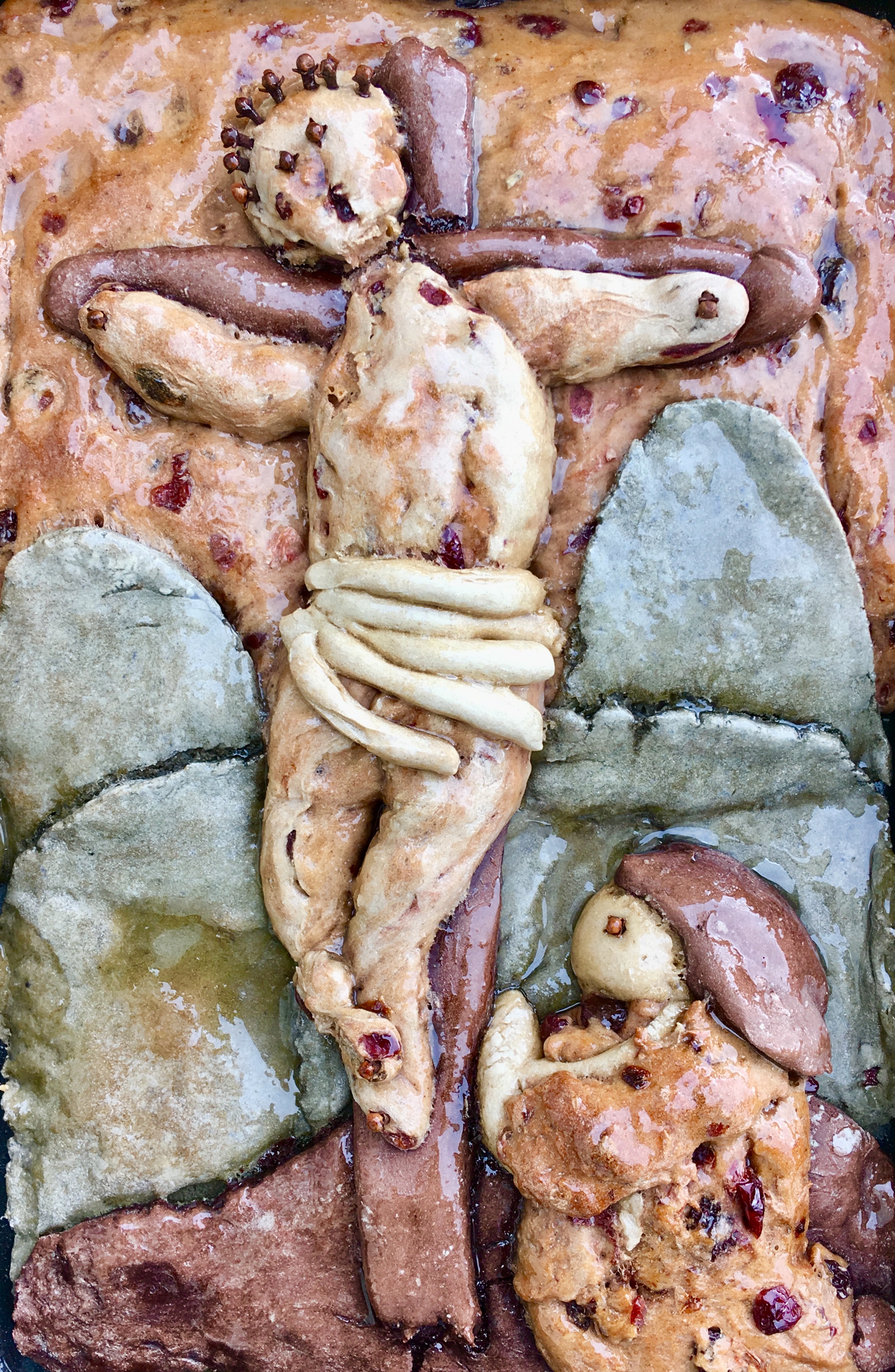