Calling all artists! For many years now I have been writing short poems in which I try to create new darker twists to famous children’s rhymes. I’ve also created some brand new stories and characters too. Friends suggested that I post them here and ask artists online to draw images for them.

Send your images to me at russ@russellingaround.com so that I can post them on here. Below is a sample of some of my verses and ditties. Grab a pen, paper, stylus, charcoal, chalks, paper, pastels or whatever medium you like to get creative with and rustle up something wonderful. There’s no format to follow and you can choose as many or few images as you wish. You can change the typeface or hand write the text yourselves. Just get creative and have fun. I am so excited to see what talents are out there.

I have attempted to create a quick couple of images for one poem which I have included below. I’m no artist but if you fancy giving it a bash I would adore posting your art here to enhance the poems. Who knows what might happen. Feel free to redraw this poem too so that I can remove these rather sad 3D images I created. I will release more poems soon but for now here are a few of them to hopefully whet your appetites to get creative and send your images to me here. I’m certain that seeing all the fantastic images sent by you will inspire me to write some more. I have longer poems and others that are about new characters too. Feel free to ask me if you would like alternative choices to the few I have included here.

Mother Goose is on the loose
So batten down the hatches
Tuck your children up in bed
And hide the safety matches. 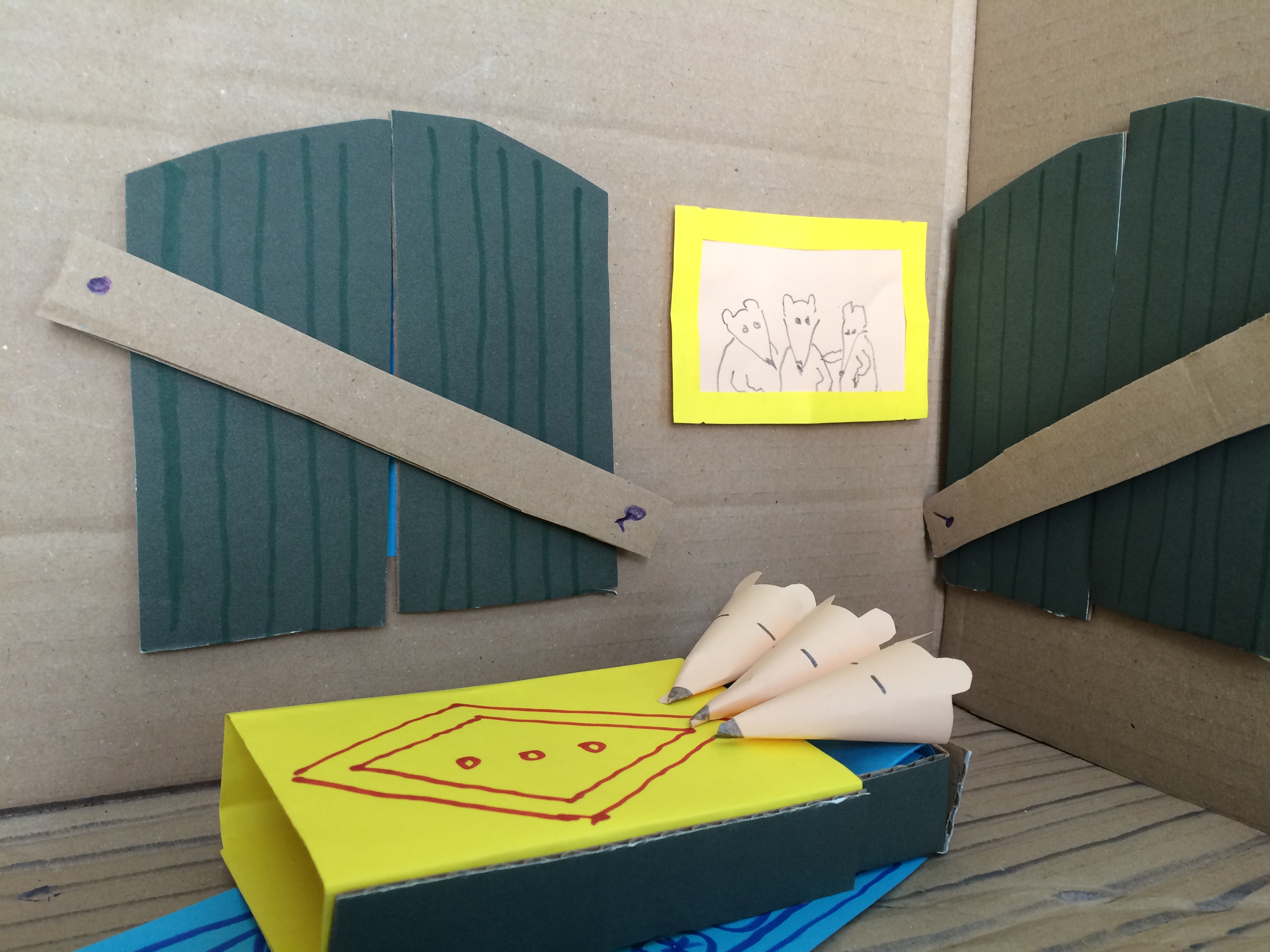 The fountain of eternal youth
Will stop you looking droopy
But life is swings and roundabouts
It also sends you loopy.

Poor Mother Goose, she drank too much
Her brain is all cross wires
She likes to pester children now
And frequently starts fires. 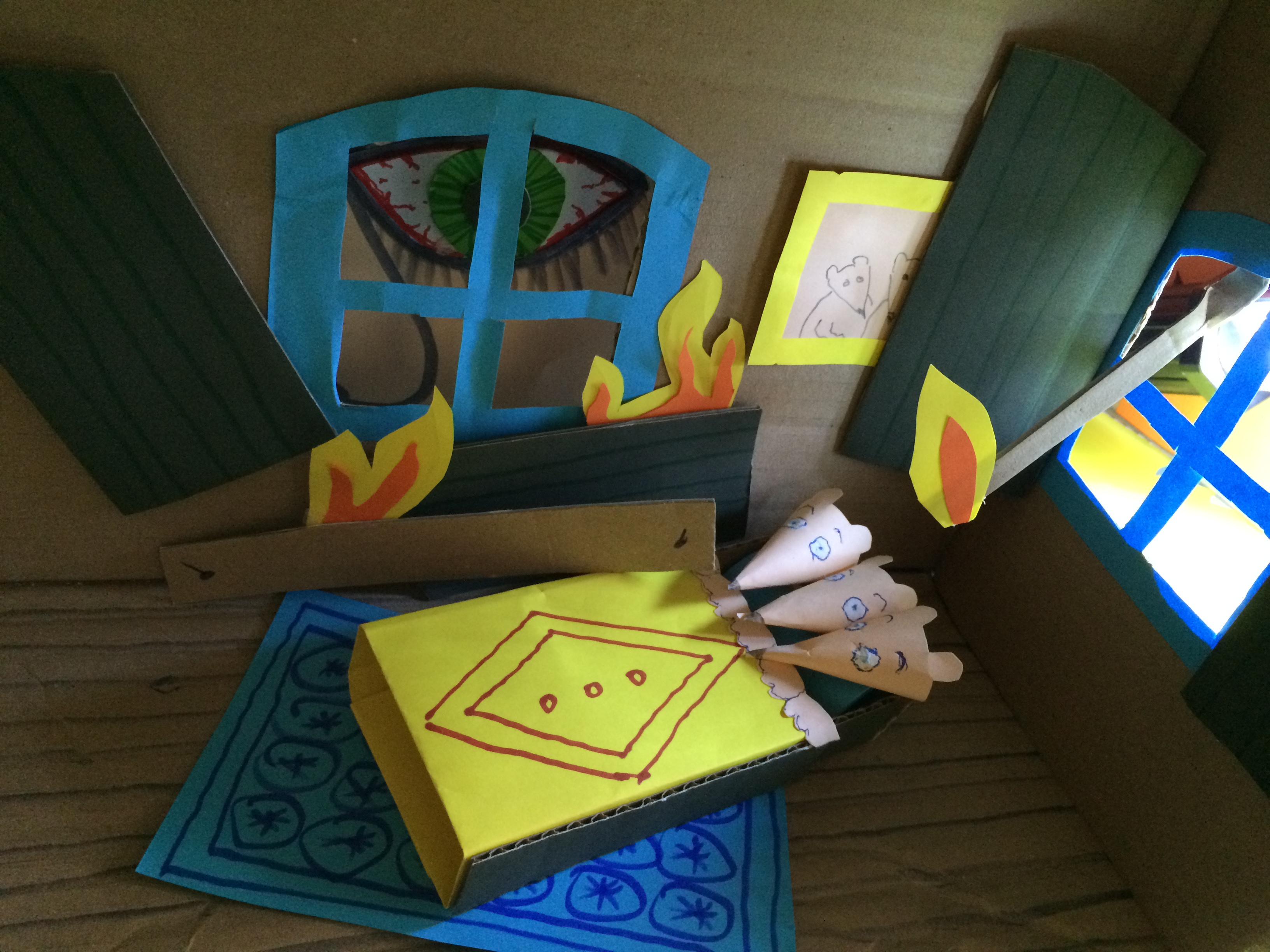 Little Jack Horner shat in the corner
Dirty little beast
Which kept him from the table
While the rest enjoyed the feast.

Just to get his own back
Jack would often pick his nose
And when no one was looking
He would wipe it on their clothes.

Once he spat in grandma’s tea
In grandpappa’s he did a wee
For years he went from bad to worse
It seemed he was a living curse.

His story has a tragic end
Poor Jack was driven round the bend.

Little Jack Horner sat in the corner
Not eating his Christmas pie
It wasn’t a plum
He pulled out a gun
His family had to die.

Little Jack Mourner sat in the corner
Of a beautiful padded cell
Just misunderstood
He could have been good
But now he will never be well.

Deep, deep in the forest
No
Deeper still than that
Lies the solitary body of the legend’ry Jack Spratt.

The story goes as everyone knows
With knife
And spouse
And caution
He carved his beef to halve the meat
In fat and lean-cut portions.

The tale as told is very much a misrepresentation
The use of ‘could’
Instead of ‘would’
Needs swift examination.

Mrs Spratt, who lived on fat, was
Trampled
Torn and
Tired
A lower status in the home than farmhands that Jack hired.

The truth you see’s a murky yarn
Jack’s temper often flew
Were she to ask for more than fat he’d beat her
Black and blue.

Each meal was served in silence
Bar Jack scoffing at his plate
She hoped at most
That he might choke
An apt and fitting fate.

While snoring at the table in his filthy food-stained vest
Jack missed his wife approach and plunge a cleaver in his chest.

And now she’s hidden the body
In the deepest
Darkest wood
Eats tender lamb not ‘cos she can
But ‘cos she bloody should.

The Queen of Hearts
She hated tarts
Because one summer’s day…
The King of Hearts had fancied tarts
While rolling in the hay!

The Knave of Hearts
Himself a tart
Preferred a diff’rent treat…
He like to hang around the docks
And watch men packing meat!

Little Miss Muffet
She wouldn’t rough it!
Eating her curds and whey!?!
I’m tempted to smile
It’s just not her style
She eats caviar everyday.
She married a Schneider
Who sat down beside her
A terribly ill millionaire
And then when he snuffed it
That brazen Miss Muffet
Ran off with his son and heir.

Jack said Jill had popped a pill
And then drank too much water!
So she fell down and broke her crown
Slack Jack, he should’ve caught her!
Then put to bed to mend her head
Poor Jack just sat there blubbing.
They tried in vain to drain her brain
A shame…
To die from clubbin’!

Mary Mary quite contrary
That bit they got right!
Last week I went to see her and I got a nasty fright.
No silver bells
No cockle shells
No pretty maids all in a row
Just fields of marijuana and by God does that stuff grow.
I wandered round to see her
She was in her potting shed
Completely stoned
And heavy eyed
And twatted off her head.

The real Bo Peep knew squat about sheep
She didn’t know pigs became ham!
But joking aside, with sheep she is tied…
Think mutton dressed up as lamb.

Hey fiddle diddle
The cat’s done a piddle on the rug
In the middle of the room
The dog has just shat
In my best Sunday hat
And the Bishops will be here quite soon.

The children are dirty
The Au Pair’s all shirty
And now only speaking in french
The doorbell is chiming
It’s time to fake charming
And hope they don’t notice the stench.

I smile through a grimace
To greet John and Glynis
And say that I’m “Over the moon!
It’s been such a while!”
And I try hard to smile
But hope that they bugger off soon.

I try to be civil
While they spout their drivel
But can’t keep these thoughts from my head
They’re so self important
And really I oughtn’t
But mostly I wish they were dead.

One Reply to “cursery rhymes and bedtime gories”