Cornwall is littered with sacred spots and mythical relics. It’s not just Arthurian either. There are sites from the earliest moments of Christianity all around. Today I set off to visit St. Nectan’s Glen. Approaching the long path through the woods you first see a holy Christian spring encased in stone and crowned with a cross.

As with all myths there are no proofs that really hold true. The Victorians were great at creating new romanticised versions of stories and some of the story I heard about simply cannot hold water. St. Nectan was the eldest son of King Brychan of Brycheinoig and though born in Ireland most likely moved to Wales and then became a hermit is Stoke. some say he lived in the cave with his 24 brothers. Other sources say he had 24 brothers and 24 sisters but to be honest it would be a squeeze to fit 8 people in the cell situated here at the top of the waterfall. Other tales speak of holy relics buried at the foot of the waterfall. Stories of his silver bell that he rang to warn sailors of the rocks seem also a bit far fetched as the sea is some distance from the waterfall. Whatever the truth the place is truly magical. 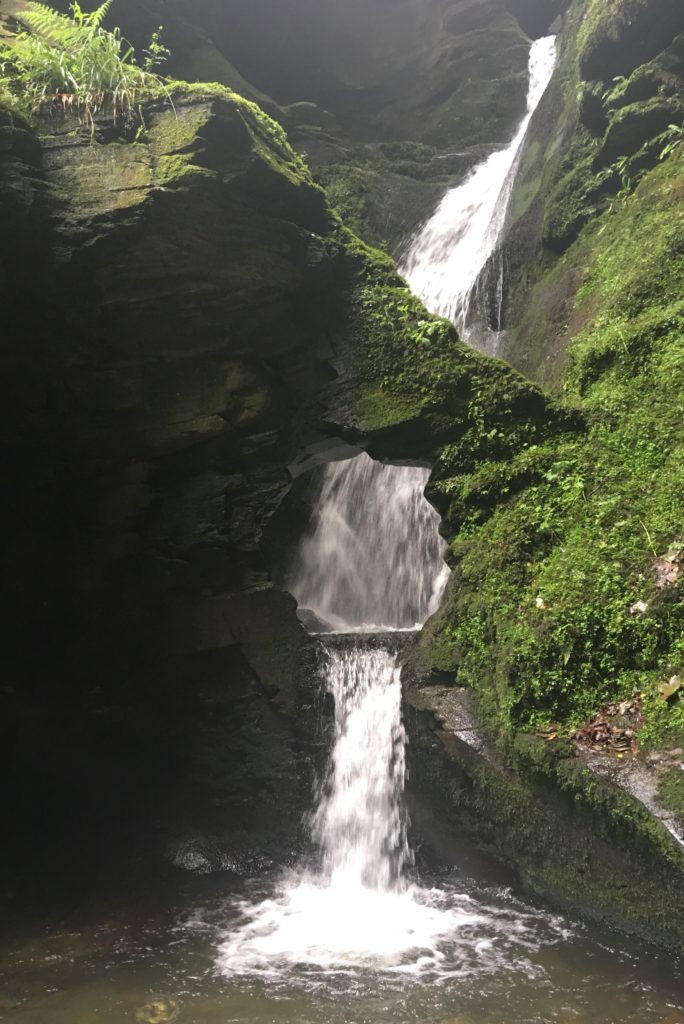 Free Wellington boots are offered to visitors as they descend the slate steps to the base of the fall. I opted to go barefoot and let the cool waters cleanse my feet. I started a bit of a craze down there as more people ditched their footwear to join me in the stream lining up their shoes on a bench. 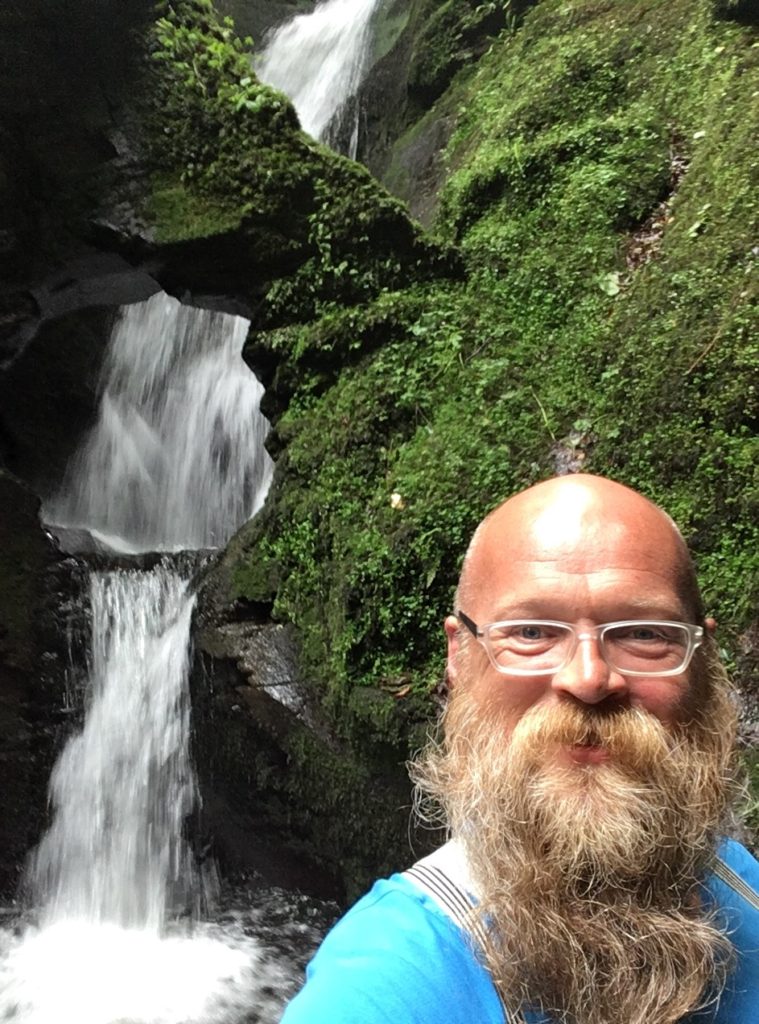 For hundreds of years visitors have pressed and jabbed coins into the soft fallen trunks of trees that lie at the foot of the glen. Some are very old coins and others are new pence of the realm. The effect is that the trunks look like the scales of dragons resting by the water. 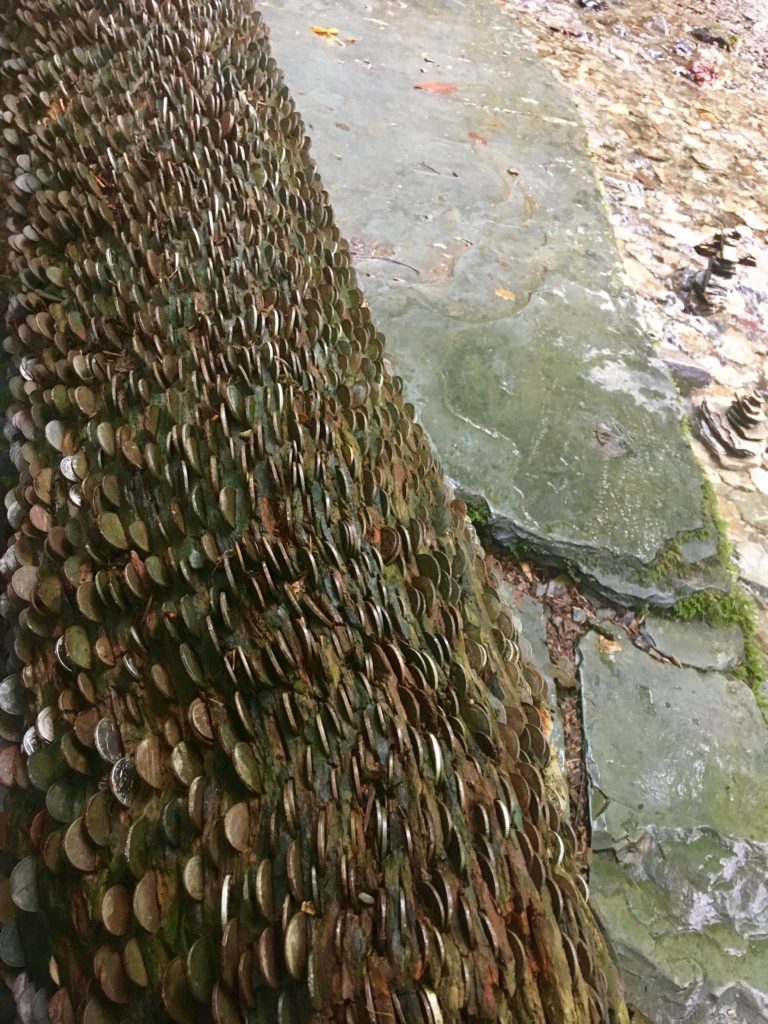 With the many flat stones filling the bed of the stream many visitors have built stone stacks that rise up from the water. I added my own attempt on the top edge of a large upright slab. A follow visitor told me that while in Norway she learned that the stacks built there are to say that you will return one day to the place. We spoke of the wonderful smell of the rain drenched woodland and the word ‘petrichor’ was mentioned, the earthy smell of rain on dry land. It’s a recent word from the 1960s I believe and while we were all proud to know it I suddenly realised that having a word for it removes the fun of trying to explain the glorious scent that water brings to the land.

Back on dry land and in the village again I met King Arthur and a knight who were cycling for Cancer Research UK. they told me they started out as a group of 5 from Plymouth but due to casualties they lost 3 knights at Jamaica Inn. I offered a donation and they posed for a picture for me. Thanks guys. Great work. 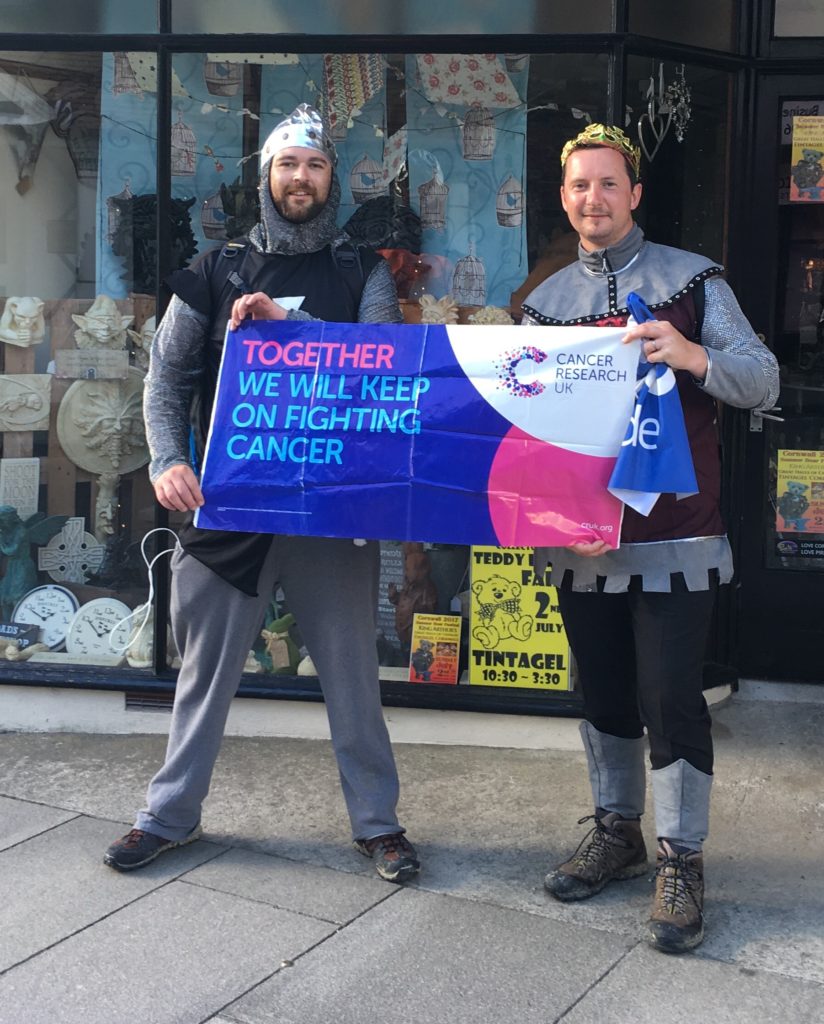 The National Trust’s Old Post Office in Tintagel is a rare surviving example of a Cornish hall-house from around 1380. It is a really curious building that looks like its made from micro Lego bricks. 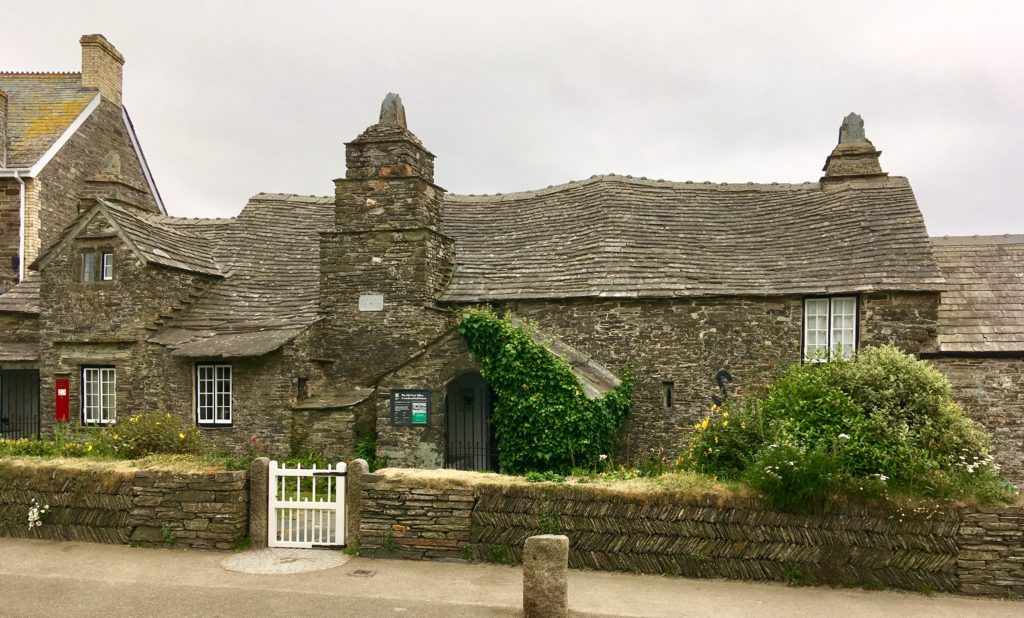 A little further along the village is the Cornish Bakery. Not only do they serve the best coffee in Tintagel but they also offer the widest choice of Cornish pasties you’ve ever seen. As they proudly say on their their window ‘Voted World’s Best Cornish Pasty’. Including 4, yes 4 different vegetarian options. And yes I’ve had pasties everyday. Often twice. Mmm… pastry! Go on, feed your soul. 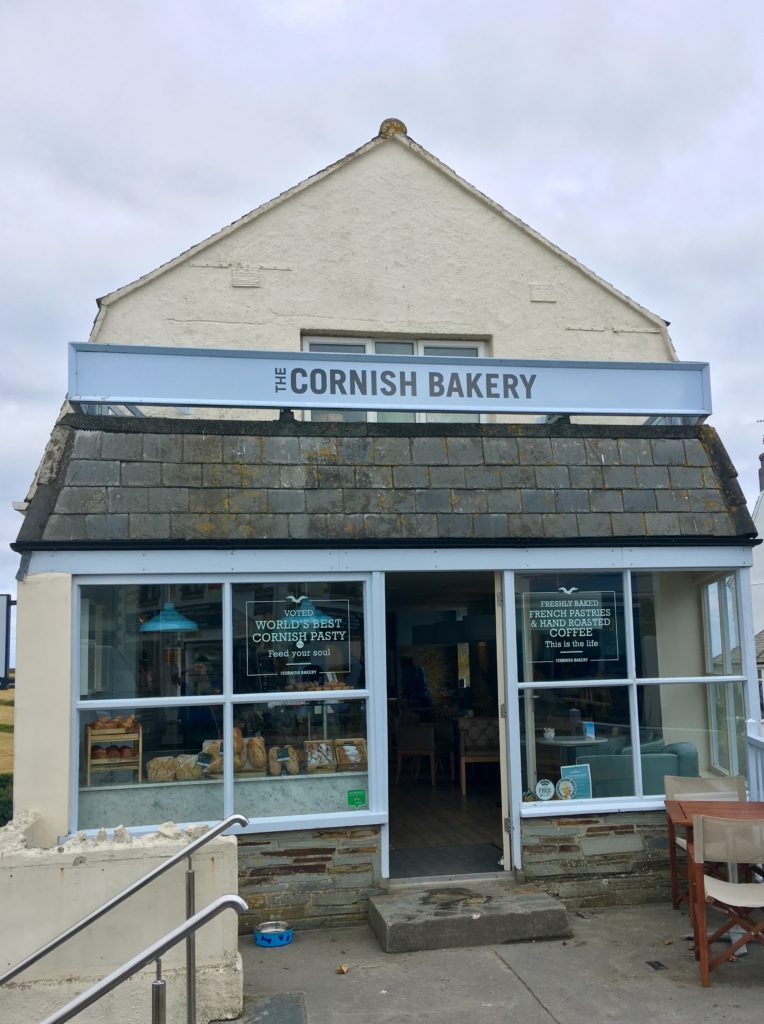 And finally…   I do love a harp 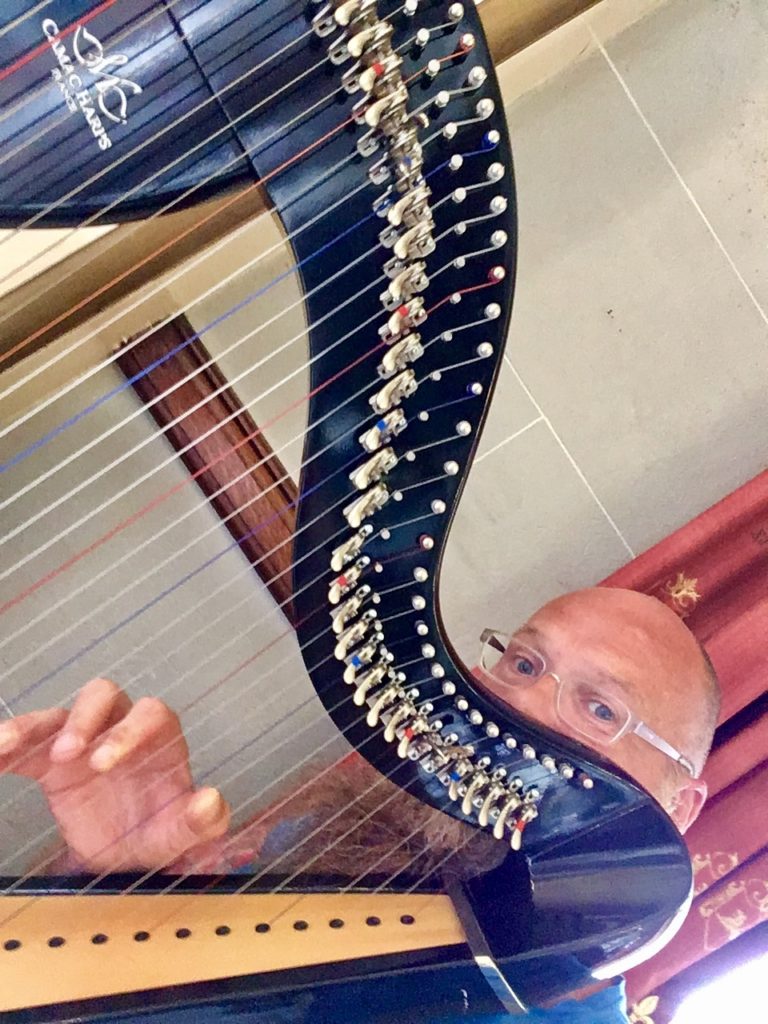